A city as vibrant, crazy and ironic as Manila would be Asia’s ‘City of Angels’, where the sacred and vulgar randomly collide amidst temple stupas, soaring skyscrapers, maniacal tuk-tuks and sidewalk delivery elephants. A handful of my succeeding entries highlights some of this tourist haven’s hotspots. Join me as the EAZY Traveler gets a bang out of Bangkok! 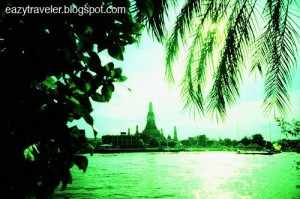 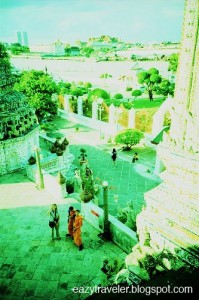 Named after the morning glow that bounces off its mosaicked Khmer-style towers called prangs, the Wat Arun or Temple of the Dawn sits by the Chao Phraya River that meanders down through the bewildering urban sprawl of Greater Bangkok. 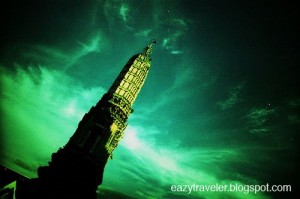 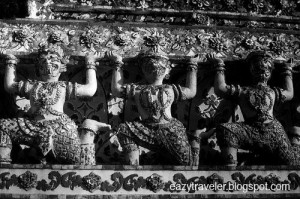 This Buddhist temple monastery is one of the most recognizable structures in Thailand. Built during the Ayutthaya period from 1809 to 1851, the complex consists of a central Phra Buddha Prang surrounded by four shorter satellite prangs. Like an extravagant wedding cake, the structure is decorated with small, colorful pieces of seashells and porcelain, which were once used as ballasts from boats originating from China. Demon and monkey caryatids add life to the stuccoed surface, forever menacing at visiting shutterbugs. At 86 meters tall, the central prang offers a priceless 360-degree view of the Wat Phra Kaew, Grand Palace, Wat Pho and the rest of the riverine megacity, that’s if you’re brave enough to clamber up its very steep and narrow stairways. 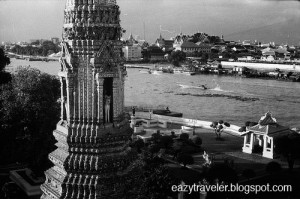 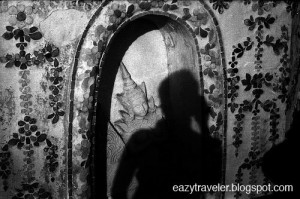 You can get to Wat Arun (entrance fee: THB 50.00) from the popular Ko Ratanakosin district by cross-river ferry (THB 2.00) at the Tha Tien pier. Savoring the sunset behind the temple from this pier over a casual meal like spicy chicken coconut soup (THB 75.00) with Pepsi (THB 20.00) is definitely a must when in Bangkok. Get a second-floor table at one of the alfresco restaurants at the pier.