Gazing out my window as the plane rounded the tarmac, the first thing that caught my eye at this modern airport were the patterned interlace of steel that roofed the terminals. Upon entering, the extensive, bright and airy interior embraces everyone with distinct local hospitality: “Sawasdee, Welcome to Thailand!” 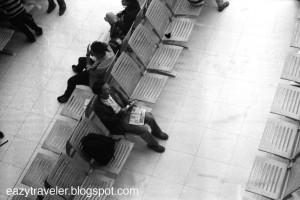 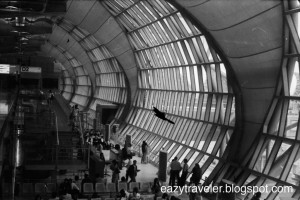 Located in Racha Thewa in Bang Phli district, Samut Prakan Province, about 25 km east of downtown Bangkok, Suvarnabhumi is one of the busiest airports in Asia, and Bangkok’s primary airport for all international airline flights. The name Suvarnabhumi was chosen by King Bhumibol Adulyadej and refers to the golden kingdom hypothesized to have been located somewhere in Southeast Asia. Designed by Helmut Jahn of Murphy/Jahn Architects, this airport has the world’s tallest control tower (132.2 m), and the world’s third largest single-building airport terminal (563,000 m²). 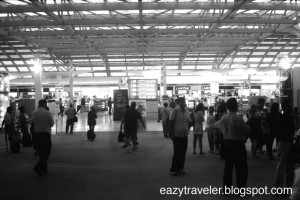 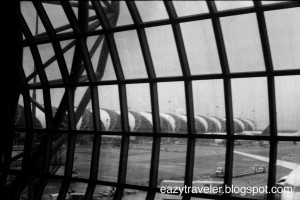 In recent weeks, this airport was the setting for anti-government protests that rippled through the world’s headlines. From November 25 to December 3, 2008, the People’s Alliance for Democracy blockaded and seized the airport, demanding the resignation of the government of Somchai Wongsawat. All flights to and from the airport were canceled, leaving hundreds of thousands of travelers stranded including myself. But Bangkok has so much to offer, the situation was a blessing in disguise for me to discover the city more.

Metered taxis (around THB 350.00 plus THB 50.00 airport surcharge and THB 70.00 tollway fees) are the best way to go into the city twenty minutes to half an hour away, depending on the temper of Bangkok’s traffic. For more information, visit http://www.bangkokairportonline.com