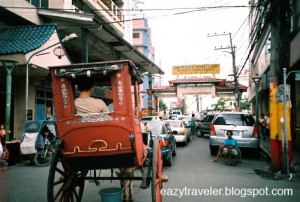 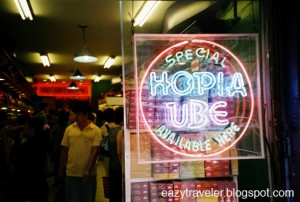 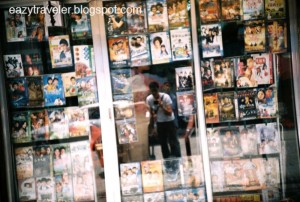 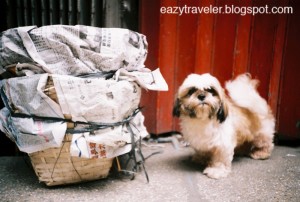 Beneath all the hullabaloo, at a nearby alleyway, an elderly woman picks up three sticks of red incense, lights them up, and kowtows to a black crucifix: Santo Cristo de Longos, a 16th century cross that miraculously made the mute who found it in a well exclaim over his holy discovery. The woman murmurs her prayers and shuffles away faster than a click-clacking kalesa. Suddenly, her reverie is taken over by the vigorous din and whirl of a lion dance. 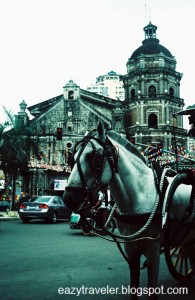 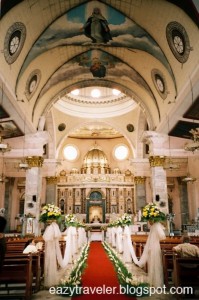 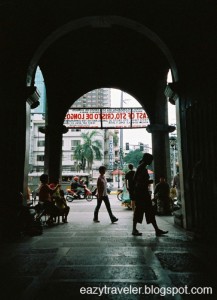 Covering an area of only one square kilometer, Chinatown of Binondo, Manila is a jam-packed crossroads of history, cultural fusions, bustling commerce and, of course, gastronomic delights. Since the Sung Dynasty (A.D. 960-1279) centuries before the arrival of Spanish conquistadores, this riverside area has long been a trading post between native Filipinos and visiting Chinese.

Officially established in 1594 when the Spaniards gave the parcel of land tax-free to Roman Catholic Chinese, Manila Chinatown is one of the oldest Chinese communities in the world. They were given the privilege to self-govern, anxiously within range of the walled city’s cannons across the river. 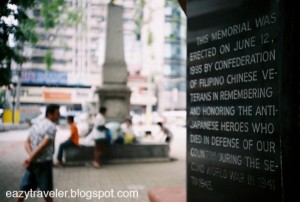 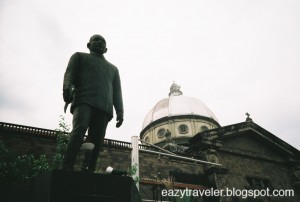 Rows of Oriental shops are juxtaposed by fervent Catholicism. At one end of Ongpin St., you can find Basilica Minore de San Lorenzo Ruiz (or Binondo Church, erected in 1596) and  Plaza San Lorenzo Ruiz (formerly Plaza Calderon dela Barca), where monuments in honor of St. Lorenzo Ruiz (1600-1637), the first Filipino saint martyred during the persecution of Christians by the 17th century Tokugawa shogunate; Tomas Pinpin (1585-1640?), the Prince of Filipino Printers; and the Chinese martyrs during the Japanese occupation, now stand. Beside the basilica stands another statue: that of Ramon Ongpin, a Filipino-Chinese businessman and philanthropist who helped finance the revolution against Spanish rule in the late 19th century. 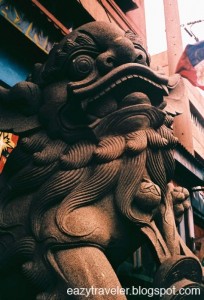 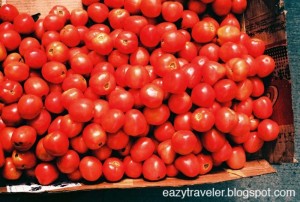 To get to Manila Chinatown, alight at the Carriedo LRT station (P15.00) and walk to Plaza Lacson (formerly Plaza Goiti, where the central terminal of the tramvia once stood). At the plaza, board a kalesa (horse-drawn carriage), and tell the kutsero to take you to Ongpin St (P50.00, two passengers). Note: take pity, and pick a strong horse. Compassionate animal lovers can opt to walk to Ongpin instead: from the plaza, turn right into Sta. Cruz Church, cross the Carriedo Fountain and stroll into the Chinatown archway guarded by two big fu dogs.
For ‘edutaining’ walking tours of Chinatown, join the three-hour Big Binondo Food Wok by one of Manila’s most popular city guides, Ivan Mandy of Old Manila Walks.
For a better understanding of Filipino-Chinese culture and history, visit Bahay Tsinoy: A Museum of the Chinese in Philippine Life at the Kaisa Heritage Center, Anda cor. Cabildo Sts., Intramuros, Manila (entrance fee: P100.00; Tel. No. +632 5276083). This small but beautiful museum has old photographs (including those of 19th century Binondo) and life-size dioramas of Chinese life in colonial Philippines.