The following article is a commissioned feature I wrote for this month’s issue of SMILE, the in-flight magazine of Cebu Pacific Air. You may browse the magazine online at http://www.cebusmile.com 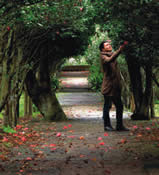 For a nation only a third the size of Luzon, it’s incredible how Taiwan packs a continent of sights, sounds and flavors into an endearing sweet potato-shaped package. Naturally, this unexpected diversity opens Ilha Formosa — the “Beautiful Island”— to rewarding exploration, as an educator from halfway around the world has come to discover.

Four years ago, Stuart Dawson moved from a small town in England to Taipei to teach English to fifth graders. Transplanted into a country blessed with fantastic sceneries, he quickly picked up a fascination for the country’s majestic outdoors.

“Taiwan is a great place to hike because it has everything — jungles, pine forests, lakes and, at higher elevations, huge peaks of bare rock and vast open plains,” says the amiable schoolteacher, whose newfound interest has admittedly turned into an obsession, and got him scribbling an award-winning blog, Hiking Taiwan (www.hikingtaiwan.wordpress.com).

In a short span of time, Stuart — whose rough-hewn countenance betrays an inherent intrepidity — has become an ebullient ambassador of adventure. Every single weekend, weather permitting, he wanders off the beaten track, trekking around the peaks of the Four Beasts that prowl Taipei 101 to even the slopes of Snow Mountain (Xueshan) in the dead of winter. “People of all abilities can find trails that suit them,” he says, “You can take gentle day-walks on paved paths near the city, or enter more remote parts for several days of hiking and camping.”

And whether it’s finding your way around an urban maze or ascending a summit, all levels of wanderlust can be satisfied. For Stuart, who is set to scale Jade Mountain (Yushan) — Taiwan’s highest peak — the thrill of the conquest is what drives him. “The scenery is only one reason why I love hiking so much,” he admits. “I also love the sense of achievement you get after scrambling and climbing your way up to the very top. There’s nothing better!”

From ancient edifices to sentimental flower gardens to breathtaking canyons, Taiwan offers a wealth of historical and topographical wonders best experienced on foot. Skip the tour groups; instead, explore Taiwan at these walking hotspots. 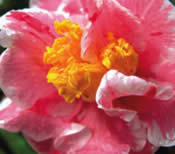 One doesn’t have to stray from the city to enjoy pristine nature. Sprawled along the outskirts of the capital, Yangmingshan National Park has been affectionately called the “Backyard of Taipei.” “Yangmingshan is an awesome place because it’s literally on Taipei’s doorstep,” shares Stuart. “It was formed by volcanoes — there are reminders of its violent creation like craters, hot springs, and fumaroles.” He recommends a day hike to Mount Qixing (Qixingshan) — an extinct volcano rising 1,120m above sea level — where a trail rewards hikers with sulfurous steam vents, 360˚ views at the summit, and a beautiful lake down the other side of the mountain.

Along the rolling foothills, the 125-hectare Yangming Park has paved walkways, bridges and Chinese pagodas where one can have more leisurely walks admiring azaleas and cherry blossoms, especially during springtime. Visitors make it a point to have their photograph taken at the garden’s centerpiece, a 22ft wide clock formed by manicured flowering plants. For more blossom watching, drop by the windswept gardens of the Floriculture Experiment Center, where flower hybrids are developed and grown.

To get there: Take Bus 260 from Shilin MRT Station (Exit 1). The visitor centers have maps and suggestions for trails to take.

The aborigines were right: Taroko puts the gorge in gorgeous. Long ago, a Truku tribesman walked out of the canyon, beheld the Pacific Ocean, and was so astonished by the scene that he yelled “Taroko!” — which means “magnificent and beautiful.” Centuries later, the 19km-long natural fortress on eastern Taiwan effortlessly elicits the same gawking admiration of hundreds of visitors everyday, making this protected area the foremost tourist destination in the country.

Hugely popular with travelers, the park can get very crowded on weekends and holidays. On the other hand, it’s really well-serviced with brochures and signposts for hikers. “There are leaflets that introduce loads of different hikes and short walks, and they’re all rated by difficulty,” explains Stuart, “So you can just pick up a leaflet, choose a hike that interests you and go for it!”

Numerous trails are available for all levels of hikers. Near the village of Tiansang (Tienhsiang), Baiyang Trail (2.2km) starts with a tunnel and leads to an impressive waterfall; while the Shakadang Trail (4.4km), which starts off near the park headquarters, follows a river cliff towards a popular swimming area of emerald waters.

Luckily, the most scenic walk is perhaps the easiest. The Tunnel of Nine Turns (Jiucyudong) Trail (1.9km) is a 30-minute stroll along a paved serpentine road closed to vehicles that weaves through sheer cliff walls. Far below, the torrential Liwu River demonstrates the erosive power that sculpted citadels of marble, gneiss and schist. While it might be easy to get carried away by the majestic scenery, do wear the hard hat provided at all times, and watch out for deadly rocks falling, especially when rains start to fall.

Like Kyoto is to Japan, Tainan is Taiwan’s ancient soul. From its beginnings as a Han Chinese settlement in the 14th century, the Dutch established a trading post at Anping district in 1624. A military campaign led by legendary leader Koxinga made the southern outpost the nation’s first capital in 1661.

What Tainan lacks in nature trails, it makes up for with endless city walks that excite the history buff. “Tainan doesn’t have much in the way of hiking, but it’s still a very nice place to visit,” reveals Stuart. “Lots of temples, history and open spaces.” One can spend hours on end visiting numerous forts, ruins, temples, museums and shrines. The most remarkable sites are the Koxinga Shrine, Confucian Temple, Chihkan Towers (Fort Provintia), Old Anping Fort (Fort Zeelandia), Anping Matsu Temple, and — a personal favorite — the Anping Tree House, a crumbling merchant’s warehouse drowned in banyan trees.

The voracious gourmand will be similarly overwhelmed by the breadth of choices. “Another thing Tainan is good for is traditional foods. There are so many little alleys and stands scattered around the city that sell some of Taiwan’s more interesting snacks,” Stuart adds.

Around every street corner, you will find restaurants, cafés and street stalls that serve a delectable selection of food to fuel you for all that walking. Dig into shrimp rolls, coffin sandwiches, stinky tofu, oyster omelets and meatball soup, to name a few. For dessert, sample some car wheel cookies filled with red bean, sesame, custard or taro; and ice cream spring rolls pepped with coriander and peanut candy shavings. You’ll realize that in Tainan, gastronomy is undoubtedly an expedition in itself.

To get there: Located 320km south of Taipei, Tainan is an hour and 45 minutes away by High Speed Railway (HSR). One-way ticket at TWD1,145 (PHP1,631.50). Book online atwww.thsrc.com.tw/en. Taipei-Tainan buses (the trip takes four to five hours) departing the Taipei Bus Station are available for TWD400 (PHP567.75). A visitor’s center near the old railway station has maps and assistance. Free shuttle buses can take you around town.

2 Replies to “Taiwan on Foot”