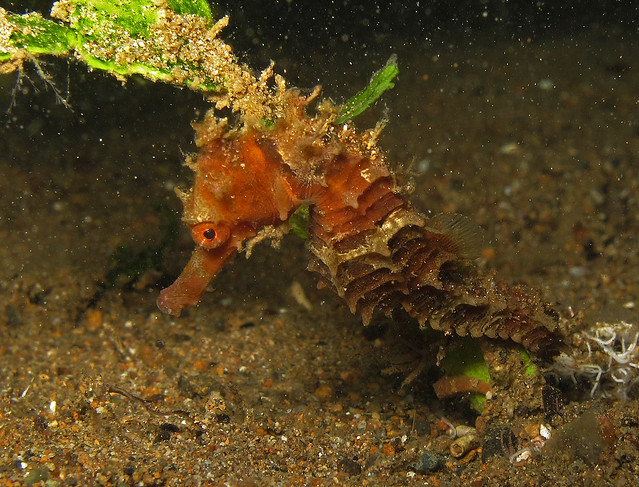 While most recreational divers are naturally drawn to the coral reefs, macro photographers often choose to scour featureless seabeds instead. The muck diving spots in Anilao reputedly rival more established ones elsewhere in Southeast Asia such as those in Sabah, Bali or Sulawesi. Lying along the species-rich Verde Island Passage, Anilao lies along what marine conservationists have declared the most biodiverse waters in the entire planet – the “center of the center” of the Coral Triangle. But, wait, what on earth is muck diving? The Wikipedia definition of “muck diving” is:

Muck diving gets its name from the sediment that lies at the bottom of many dive sites – a frequently muddy or “mucky” environment. Other than muddy sediment, the muck dive substrate may consist of dead coral skeletons, discarded fishing equipment, tires and other man-made garbage. In addition, the visibility is usually less to the reef or wreck sites of the area. 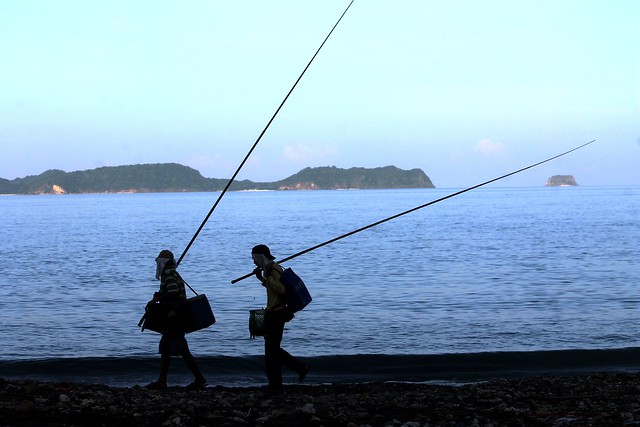 Most muck divers are macro photographers, because the calm and shallow water of these dive spots provides a friendly environment to shoot fascinating creatures that hide in the muck. At Secret Bay, a popular muck spot off the Calumpang Peninsula, the turbid water revealed a sandy slope seemingly bereft of any life, save for a few goatfish grazing with their tendril-like whiskers. Three spotters joined our dive, gently probing the seabed with their steel tank bangers in search for subjects. They quickly discovered another frowning frogfish with a peeping mantis shrimp close by.

Later, a thorny seahorse curled its tail around a patch of seaweed to fight the current. I cleared my fogged up mask and scrutinized the grey sediment, as seemingly inanimate objects came to life. Patches of sand became fluttering cockatoo flounders, and roughhewn stones turned into helmut gurnards with iridescent fins that gingerly propelled them over the seabed like underwater butterflies. Finally, a trio of squat shrimp skittered around an elegant anemone. Indeed, the mysterious muck yielded a treasure trove of the beautifully bizarre, yet another testament to the region’s astonishing variety of marine life. 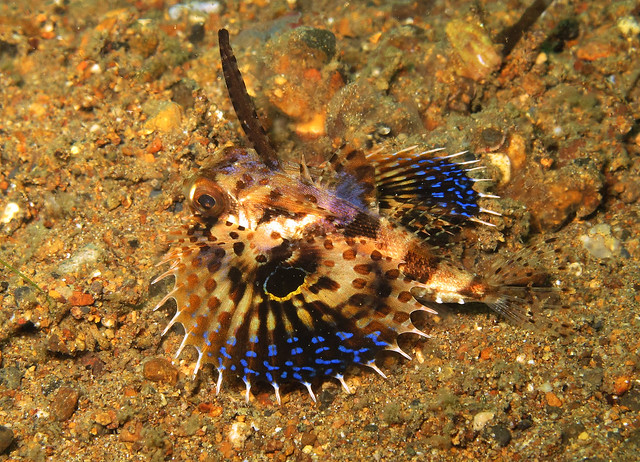 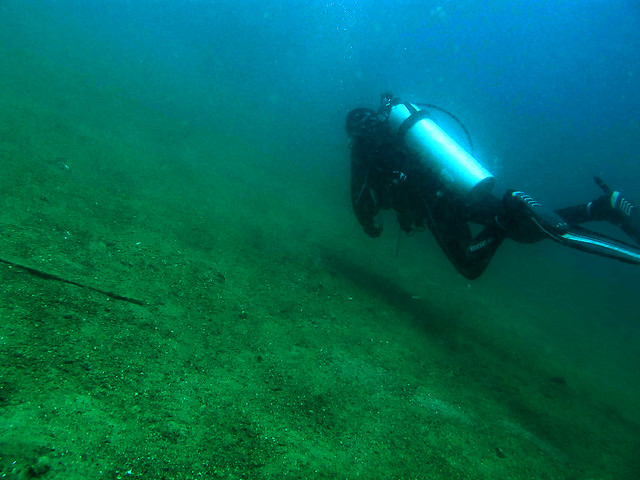 You’ll be surprised what you find along this lonesome slope =) 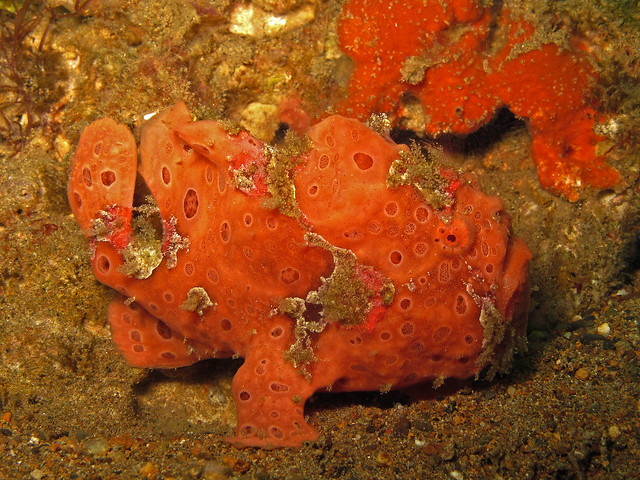 A red painted Frogfish (Atennarius pictus) – a master in camouflage!

Anilao informally refers to the collection of dive sites in Mabini and Tingloy in Batangas province, roughly 130 km south of Metro Manila. Buses regularly depart from terminals near Gil Puyat LRT Station for Batangas City Grand Terminal, where you can take a jeepney to Mabini town or Anilao pier. Tricycles may then be chartered to your dive resort for PHP 100 to 200, depending on the distance. Total travel time takes three to four hours. Alternatively, dive resorts may arrange private transfers from Manila.