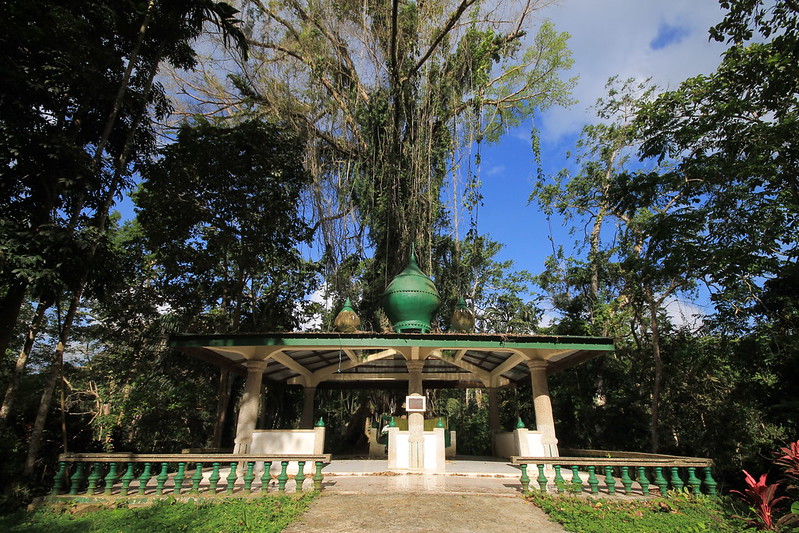 Rajah Baguinda Shrine is the final resting place of a 15th century Arab missionary who helped spread Islam in the Sulu archipelago.

A military camp situated on a mountain overlooking the commercial center of Jolo with Masjid Tulay lording over the town, Camp Bud Datu in Indanan, Sulu is one of the safest and most scenic places to spend the night in the province, just like the Astana or Royal Palace Replica in Talipao. Interestingly, the military barracks has mock store signs of 7-Eleven and Starbucks, which serves kahawa sug or native coffee in branded coffee mugs that read STARBUCKS CAMP BUD DATU. The accommodating officers of the camp gave me a souvenir, which I donated to a friend who has big collection of Starbucks coffee mugs.

More importantly, the camp not only offers fun distractions and a secure place to stay for visitors, but also guards a vital link to the the Malay-Islamic history of the Philippines, which predates the arrival of Roman Catholicism. A shrine of great importance to Filipino Muslims lies within its grounds. 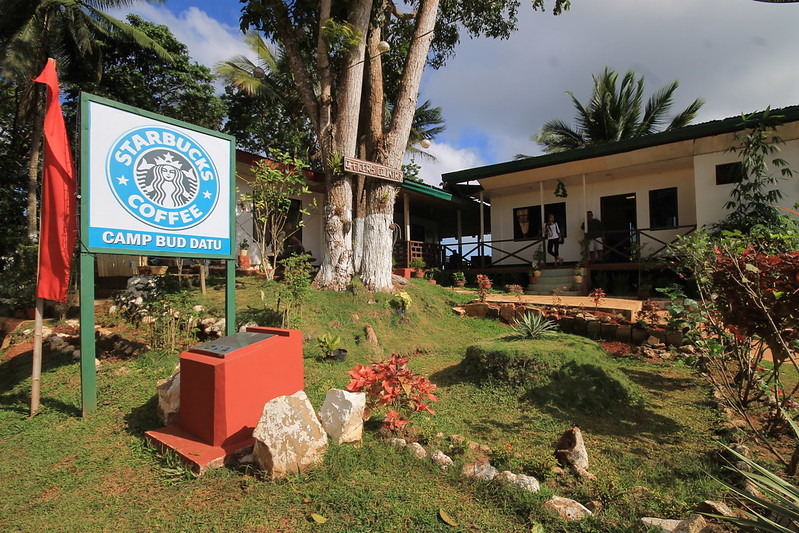 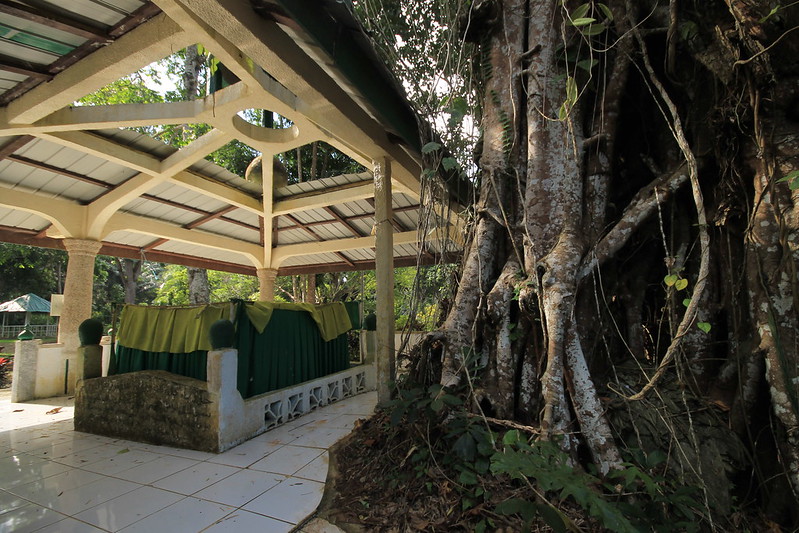 The tomb of Rajah Baguinda lies underneath a concrete shelter, beneath a giant strangler fig tree.

Since the 12th century, Muslim traders and missionaries from Arabia and Persia arrived in Mindanao and the Sulu Archipelago through Sumatra, Indonesia. In 1380, Arab missionary Karim ul-Mahkdum reinforced the practice of Islam among the first Muslim settlers in Sulu, establishing the foundation for the political rule of his successor, Rajah Baguinda from 1390 to 1460. Islam arrived in Sulu at least 140 years before the introduction of Christianity in Cebu by Spanish colonizers. One may visit his final resting place under a tall balete (strangler fig) at the Rajah Baguinda Shrine within the grounds of Camp Bud Datu.

Later, Sayyid Abu Bakr Abirin, an Arab explorer and religious scholar from Johor in present-day Malaysia, married Baguinda’s daughter and settled in Sulu, establishing himself as the first ruler of the Sultanate of Sulu, which reigned through a succession of descendants until 1915. 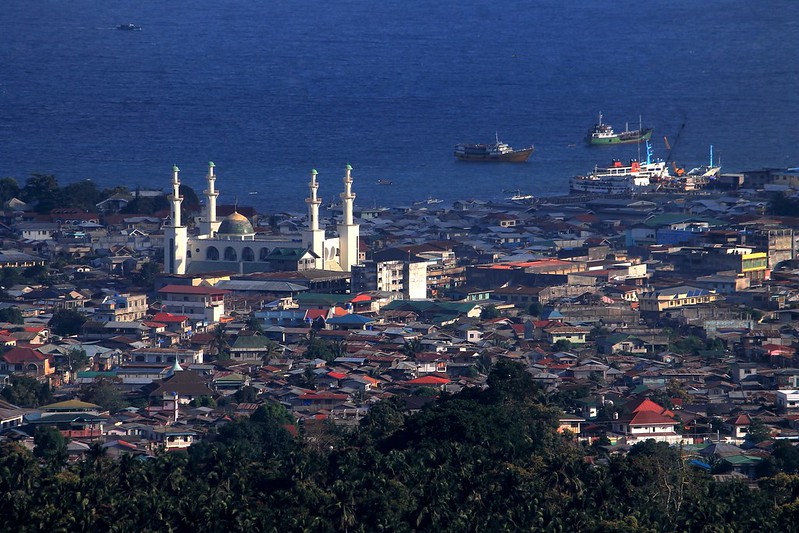