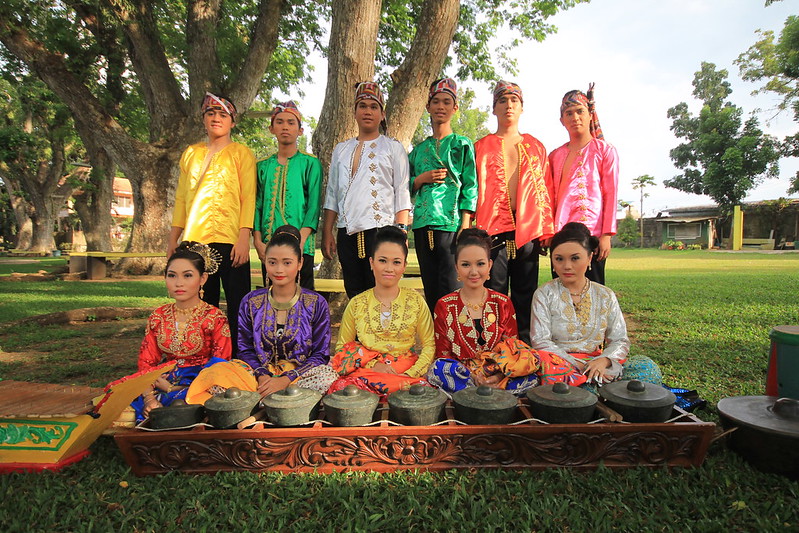 Notre Dame of Jolo College is the best place in Sulu province to watch pangalay, a traditional dance of the Tausug people. At this Roman Catholic academic institution established in 1954, one can arrange cultural performances by the Ingat Kapandayan Artist Center, the school-based theater group that promotes peace and cultural understanding though performing arts.

During our visit, a group of student dancers performed four variations of the pangalay. This exotic and mesmerizing dance predates the arrival of Islam in Sulu. It is rooted in the Buddhist concept of biddadari (celestial angels). Pangalay is said to be the most distinctively Asian of all the southern Philippine dances because of the dexterity and flexibility of its performers executing movements that resemble those of silat, a martial art common in Maritime Southeast Asia. The dance is called daling-daling or mengalai by the Tausug people in nearby Sabah, Malaysia. 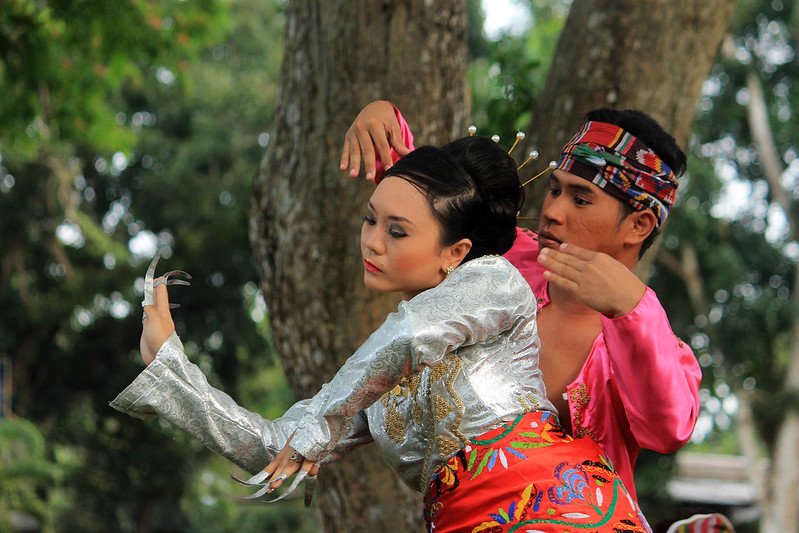 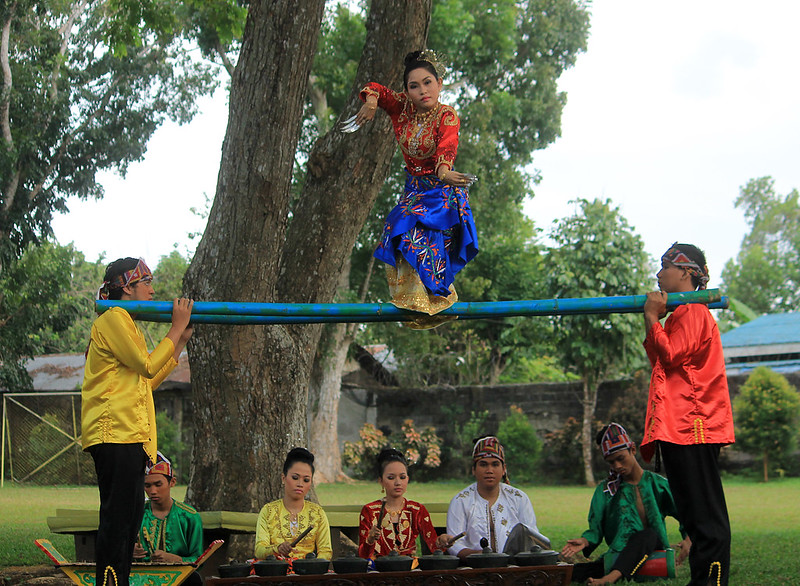 The group performed under the dappled shade of acacia trees next to an open grassy field. Dressed in brightly colored beaded and embroidered garments, the student dancers gracefully moved to the music of kulintang, a traditional instrument ensemble consisting of the eponymous kulintang (horizontal gongs), agong (suspended gongs), gabbang (bamboo xylophone) and gendang (two-headed drum). This dance is performed during weddings, festivals and other special occasions. Pangalay is a traditional celebratory dance characterized by elaborate body postures and graceful arm movements, accentuated by metal fingernails called janggay. Besides the “standard” pangalay, three other versions were also performed, namely,  pangalay linggisan, which imitates the movement of birds, pangalay courtship performed by a male and female dancer and pangalay ha patung, which involves dancing on elevated bamboo poles – reminiscent of the royal singkil dance of the Maranao people on mainland Mindanao. 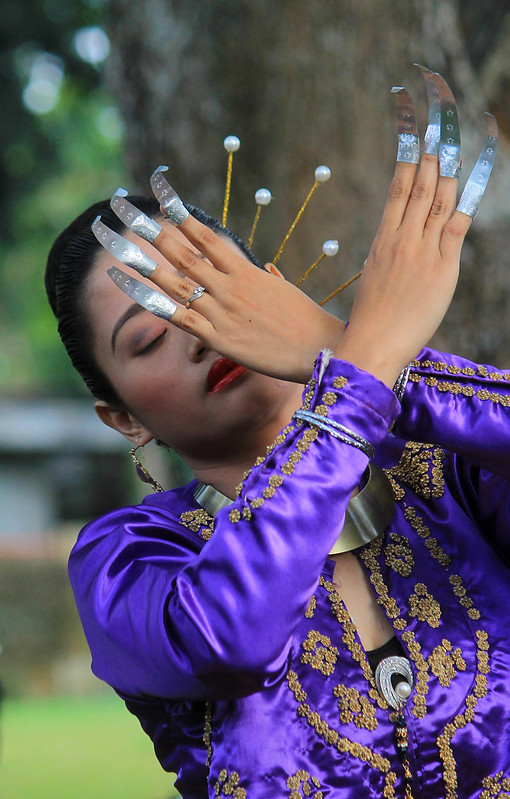 The elegant dance movements are accentuated by janggay (metal fingernails)

Besides admiring mesmerizing performances, the college is also a great place to shop for native handicrafts. There’s a souvenir shop run by a cooperative that makes handbags, wallets and decor embellished with pis siyabit, a traditional hand-woven cloth with colorful geometric designs customarily worn as headgear by men. Pis textiles are woven at home in remote villages outside Jolo, like the floating hamlet at Maimbung town center, where we had a firsthand look at how the festive fabric is meticulously woven using native handlooms. Besides shopping for local handicrafts at the souvenir shop, the college also houses a mini-museum with old photographs and interesting anthropomorphic wooden grave markers that’s worth seeing if you have some time to spare.