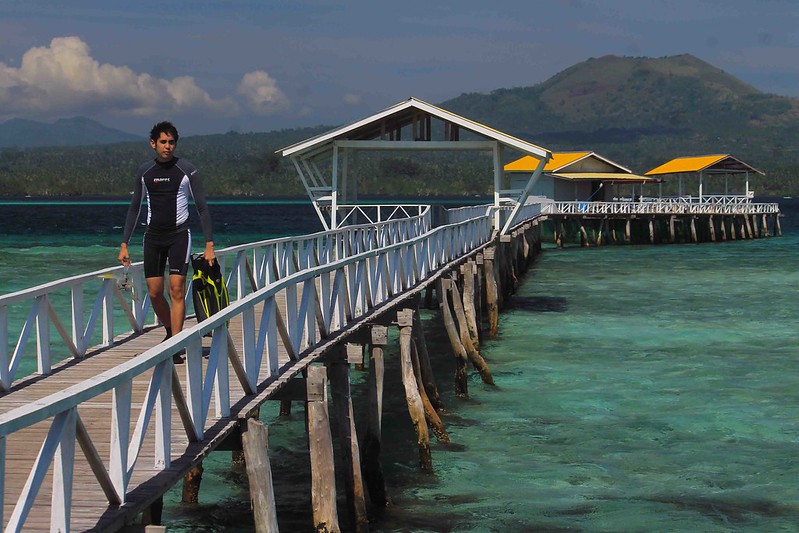 Snorkeling at a private resort on Takut Islets in Maimbung Bay, Sulu

Besides the atoll-like islands of Hadji Panglima Tahil, the southern coast of Jolo island in Sulu harbors a few more islets worth exploring off the coast of Maimbung. My friend and I enjoyed an exclusive island-hopping tour where we got to visit Bualu Bat Sanctuary, Takut Islets and Teomabal Island – thanks to the generous assistance of no less than the Philippine Marines! 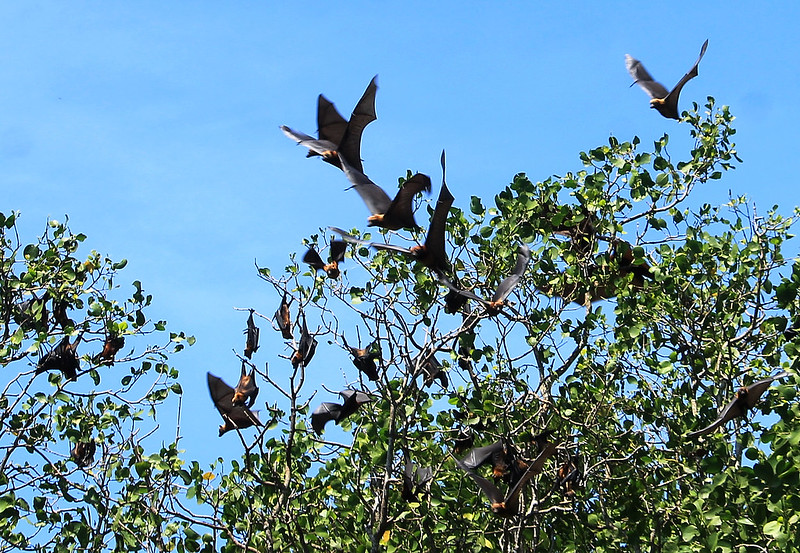 Fourteen Marines escorted me and fellow travel blogger Gay Mitra-Emami of www.pinaytraveljunkie.com aboard a 25-foot speedboat around Maimbung Bay. Unfortunately, centuries of socio-political violence and, in more recent decades, armed conflict and kidnappings have scarred this paradise with a rather mellifluous sounding name. And the very few tourists who do make to Sulu province must take extra precautions. Our security detail to Marungas Island in Hadji Panglima Tahil – relatively the most peaceful among the 19 municipalities – wasn’t as severe as the one that toured us around Maimbung, a southern town formerly occupied by Abu Sayyaf extremists. 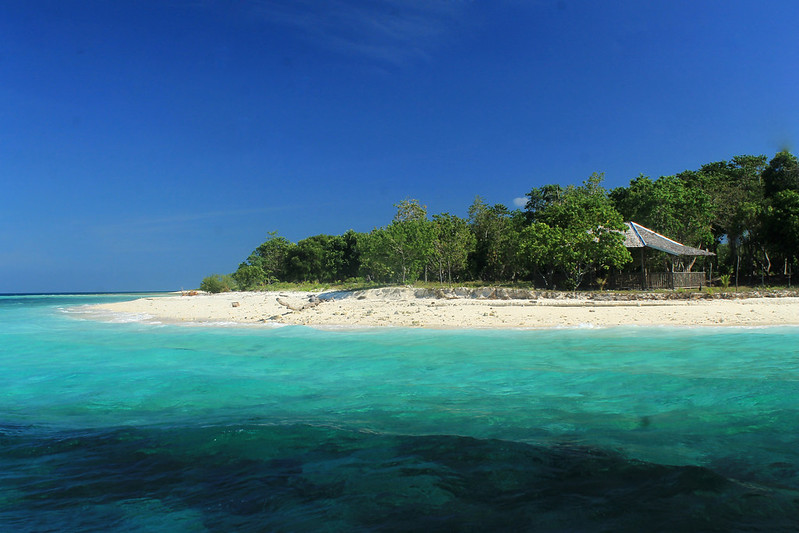 First, we visited the Bualu Bat Sanctuary, a mangrove forest on the mainland that provided a lush refuge for giant flying foxes. These are some of the largest bat species with wingspans that can reach almost four feet! We strolled through the forest out to sea on a footbridge built over crystal clear waters. I was so tempted to take a swim, but we had to head off to the town center to hop on the speedboat to take us to the islands offshore.
Our boat docked at the provincial governor’s private resort built on stilts over the coral-fringed sandbars of Takut Islets. It was a beautiful retreat with handsome views of the mountains on Jolo island. My travel companion said she “could sit down and do nothing for hours.” I, on the other hand, had less sedentary plans, donning a mask and fins to snorkel over the surrounding coral reefs.

We finished our “VIP tour” of Maimbung Bay by dropping by the virgin white-sand island of Teomabal, which we only admired from a distance as our speedboat couldn’t land shore because of the unfavorable waves. Indeed, Maimbung was where we first recognized the natural wealth of Sulu. “Its landscape is raw and relatively unexploited,” Gay mused, “If only the situation gets better.” 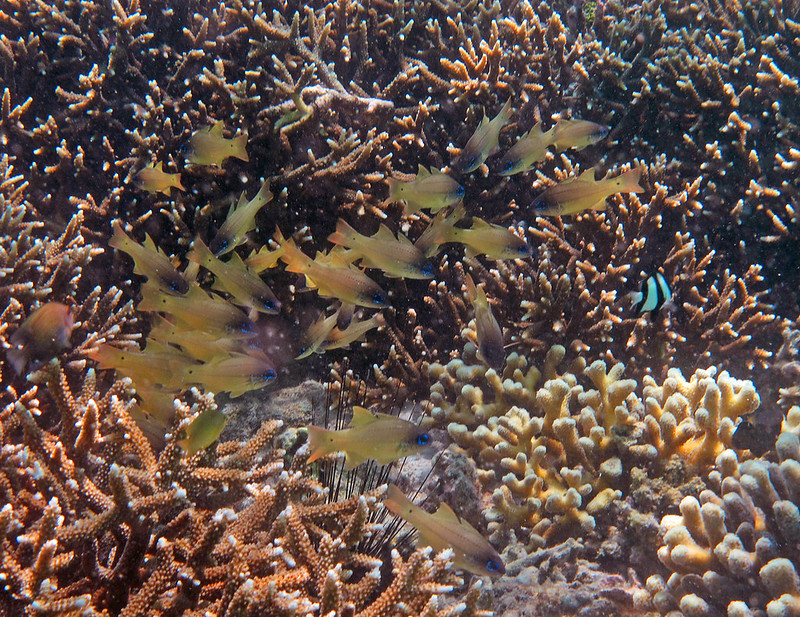 A school of cardinalfish spotted while snorkeling at Takut Islets 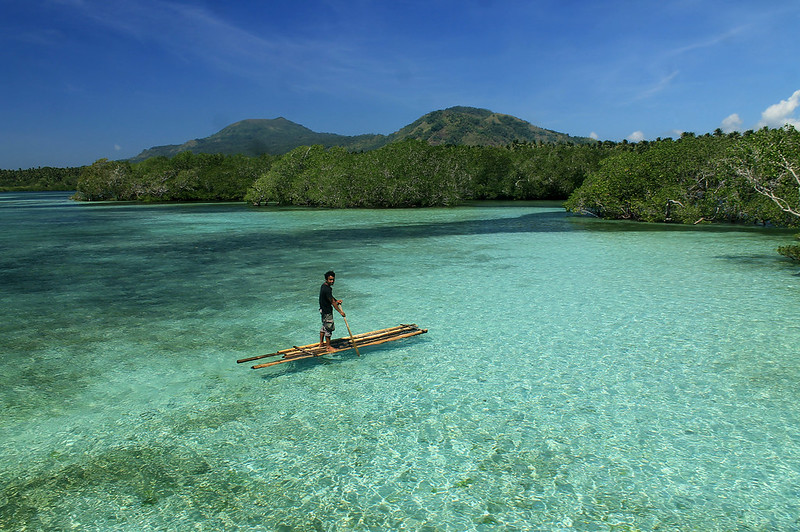