Talipao, Sulu: Sleeping Like a Sultan at the Royal Palace Replica 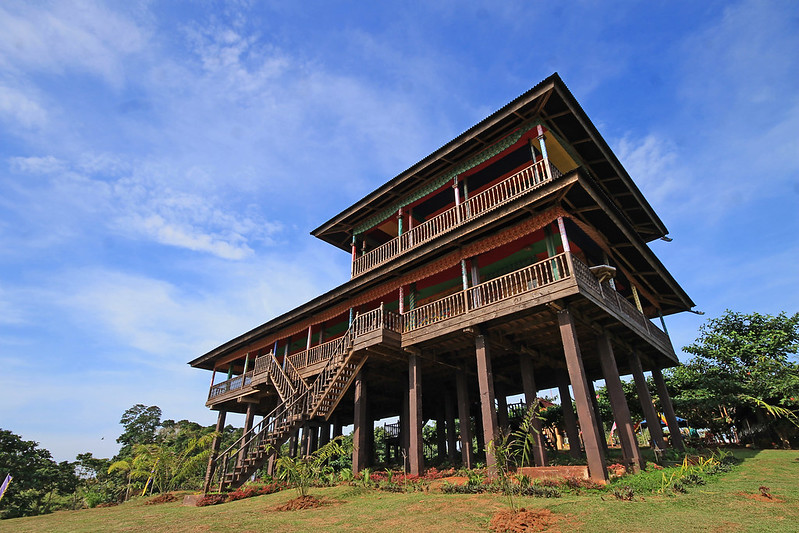 My favorite part of the five-day tour of Sulu was staying at a royal palace replica, admiring panoramic sunrises that were fit for a… well, sultan! There’s a magical quality to how the day breaks in Sulu. In the town of Talipao, I spent three nights at a magnificent wooden life-sized replica of the royal palace of the Sultanate of Sulu, the Astana Darul Jambangan. The model of the royal palace is the centerpiece of Mt. Bayug Eco-Cultural Park, a military camp that will be turned into an attraction for both locals and visitors.

Perched on the grassy slope of Mt. Bayug, we woke up each morning to spectacular sunrises unraveling across the landscape. The morning mist unravels across an endless canopy of coconut groves and rainforest punctuated by the volcanic peaks of Jolo Island, the sunlight permeating in shifting tints of rose and honey like a watercolor painting come alive.

From 1450 t0 1915, the Sultanate of Sulu ruled over many of the islands of the Sulu Sea, parts of Mindanao, and certain portions of present-day Sabah (then North Borneo) and North Kalimantan. The original royal palace was built in 1876 and located in the town of Maimbung (where we we went island-hopping around Maimbung Bay). It was known for its beautiful garden, hence the name jambangan, which means “a place where flowers grow in abundance”. A typhoon destroyed the Astana in 1932, and its ruins were finally abandoned.

An photograph of the original royal palace, taken circa 1910. Photo courtesy of www.royalsultanateofsulu.com

Besides battling lawlessness, I realized the critical role the military plays in engendering a climate of peace and prosperity. The reconstruction of the sultanate’s royal residence, which took nine months last year, was the brainchild of Lt Col Romulo Quemado II, former commanding officer of Marine Battalion Landing Team 2, who has been lauded for his peace support initiatives. “The Astana Project is part of the Marines effort to promote eco-cultural tourism in the province,” he explains, “Internally, it serves as a tangible symbol of how the Armed Forces of the Philippines appreciates the rich but forgotten history of the Sultanate of the Sulu.” By reviving local heritage, Lt Col Quemado hopes to leave behind “the legacy of fomenting genuine relations between cultures as the ultimate ingredient to sustainable peace in Mindanao.” 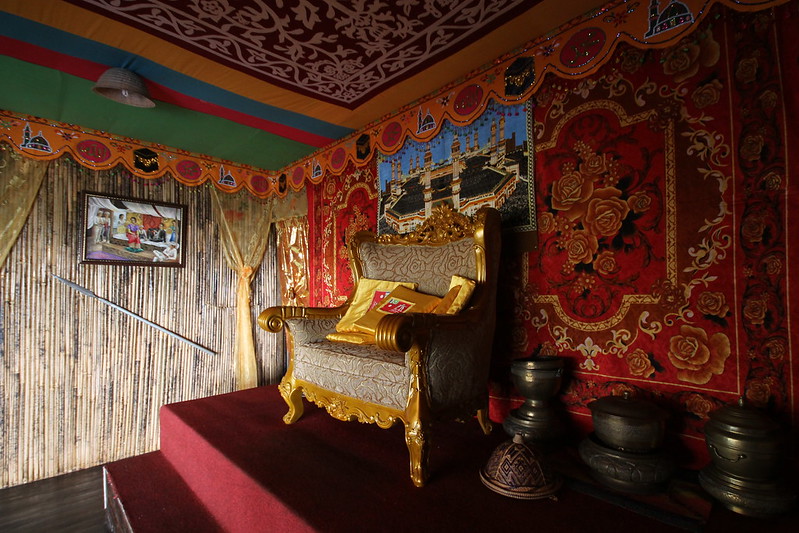 The royal throne room of the Astana replica leads to dorm-style accommodations. 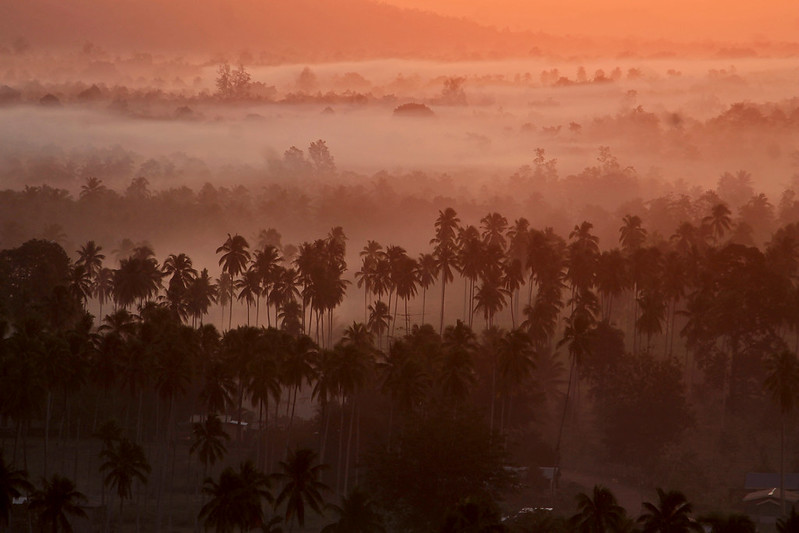 Waking up at the Astana to magical sunrises over Jolo Island

One Reply to “Talipao, Sulu: Sleeping Like a Sultan at the Royal Palace Replica”