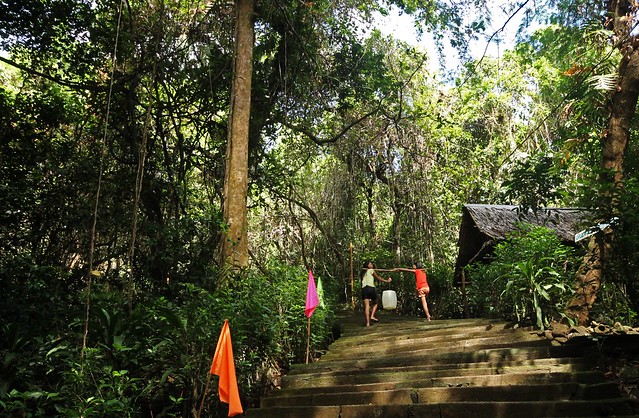 The forested springs of Aceros Park are also known as “Little Baguio”.

After taking in the top attractions of Cuyo Island, Palawan such as the fortress-church of Cuyo and Capusan Beach, I went on a motorcycle tour of Magsaysay, a municipality which occupies the eastern half of the island. My impromptu tour guide was Ronald Palay, a local photographer and businessman introduced to me by former tourism officer Ramil Ceralbo who I met at the municipal hall. Aboard his motorcycle, we visited the lesser-known parts of the island, many of which were shooting locations of Ploning, a critically acclaimed 2008 Filipino drama film based on a Cuyonon folk song, starring Judy Ann Santos. Ronald personally knows the film’s director and co-writer, Dante Nico Garcia, and witnessed the shooting of the movie. The movie in a Cuyo island of quieter times, sometime after World War II. 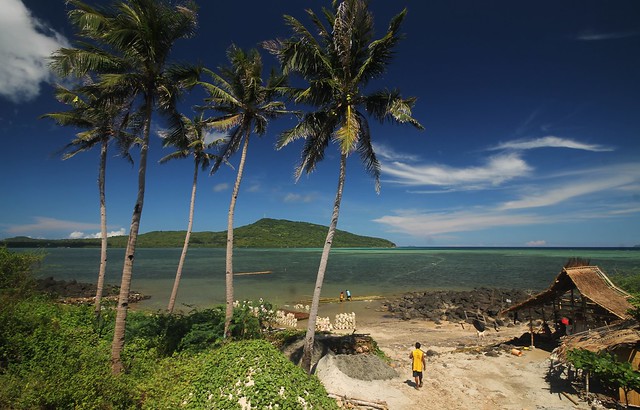 View of Mt. Bonbon from the fort ruins in Barangay Lucbuan. 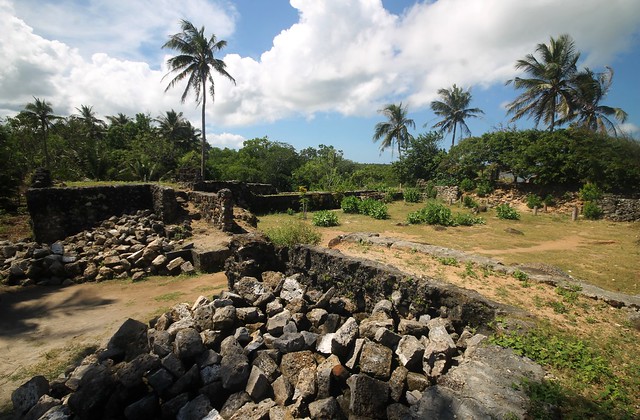 The ruins of an unfinished 17th century Spanish fortress in Barangay Lucbuan.

Among the shooting locations we visited were the Igabas Chapel and Aceros Park in Barangay Igabas, both lush and peaceful locations. The former is a small chapel sitting on a hill of black volcanic boulders. This humble place of worship can be reached by concrete steps underneath a canopy of old acacia trees. Aceros Park is also a quaint spot, shaded by many trees and thickets. There were concrete pools of spring water where locals bathed, washed their clothes and collected fresh water from. Because of its relatively cool temperatures, the forested area is nicknamed “Little Baguio”, referring to the summer capital in northern Luzon.

The third and last movie location we visited were the ruins of an unfinished Spanish fort in Barangay Lucbuan, which was used as a cemetery in the film. The production crew crafted fake tombstones out of styrofoam to transform the Lucbuan fort ruins into an old graveyard. This seaside fortress on the northeast coast of the island was built in the 17th century together with the one in Cuyo town but for some reason was never completed. Locals still call the area kuta or fortress. The low-lying pile of coral stone has pretty views overlooking a beach cove and, in the distance, the highest point on the island, Mt. Bonbon. Cuyo Airport is also located in Barangay Lucbuan, served by twice weekly flights from Puerto Princesa. We watched an Air Juan flight touch down on the grassy airstrip, before returning to Cuyo town. 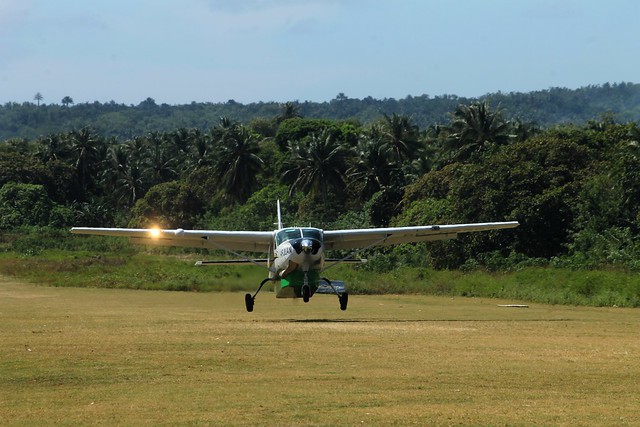 Cuyo Airport is located in Magsaysay municipality, serviced by flights from Puerto Princesa. 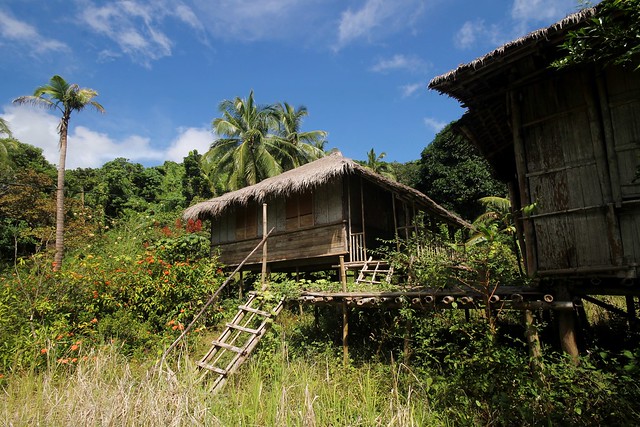 Lastly, at Barangay Lacaren, we dropped by an abandoned thatch house which was not part of the film but was worth visiting because Ronald told me it was the last traditional Cuyonon house of its kind, characterized by cogon grass roofs and a separate kitchen also built on stilts. The native house was owned by a certain Primitivo Herdero who passed away earlier in 2014. Primitivo and his wife, who also passed away some years before, had no children, so their home was left in ruins with no inheritors. The vegetable garden has taken over the property, with the pumpkin patch now strangling the fragile bamboo structure. We climbed the bamboo porch, gingerly treading the delicate bamboo slats. The front door was padlocked, and hung beside it was a strange sight: a pair of large crab claws next to an image of the Virgin Mary. Apparently, the claws were a deterrent for the aswang, a vampire-like witch ghoul in Philippine mythology. More common items used against such malevolent creatures are garlic or holy oil.  It would be shame to see the Heredero house further deteriorate, and I hope the local government will adopt the house and preserve it for its cultural value.

The motorcycle tour of Magsaysay’s humble “tourist spots”, if one may call them such, was a relaxing experience worth doing if you have an extra day on Cuyo Island, or you especially enjoyed the film, Ploning.