Upon the recommendation of the Kalibo Tourism Office, I was invited to go river trekking to the Liktinon White Rocks, a natural rock formation along the Timbaban River that’s been officially declared an eco-tourism site by the municipal government of Madalag, Aklan last April 27, just two days before my visit. “You’re officially the first tourist to visit Liktinon White Rocks!” Francisco “Escot” Intela, the enthusiastic municipal tourism officer, told me as soon as I arrived in his quaint and humble town, 45 minutes away from Kalibo by private van. 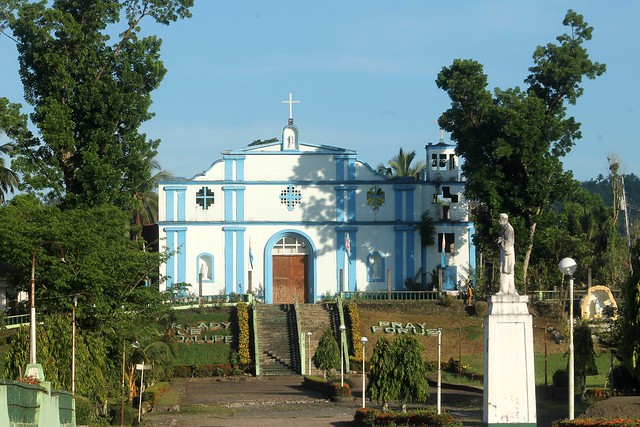 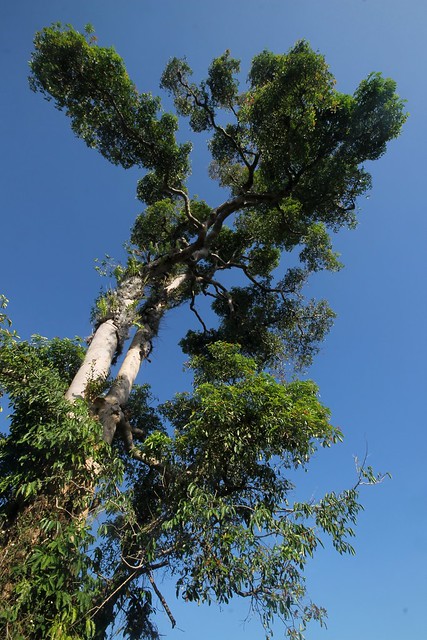 Before heading off to the trailhead, Escot showed me the few attractions around the landlocked town’s poblacion. The town center of Madalag – the largest municipality in the province of Aklan – sits in the middle of forested mountain valley. The Spanish-era Our Lady of Guadalupe (Nuestra Señora de Guadalupe) Parish Church sits on a hill overlooking the town plaza and municipal hall. According to Escot, the blue-painted church was built in 1760 but was heavily renovated in the 1970s by the parish priest, thereby losing its old-world charm. 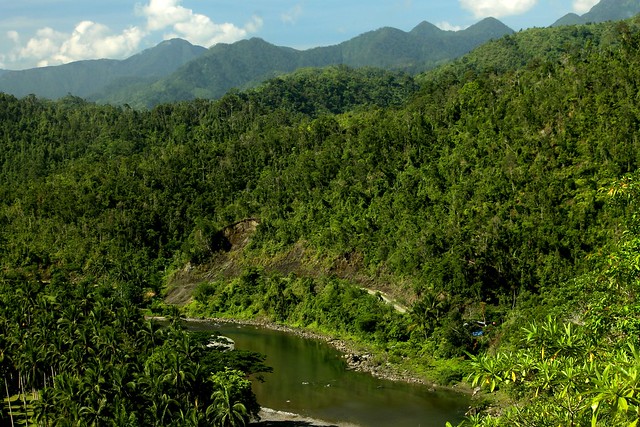 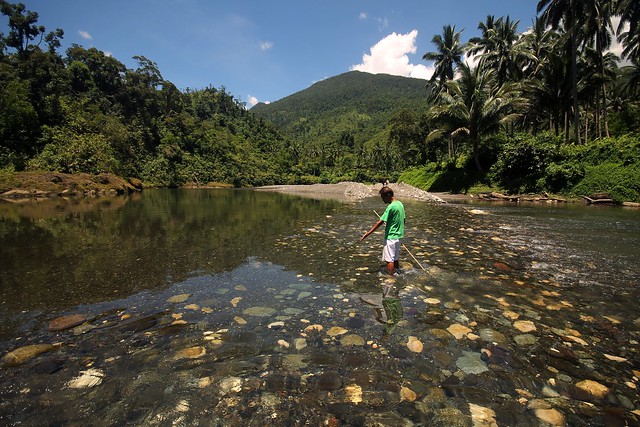 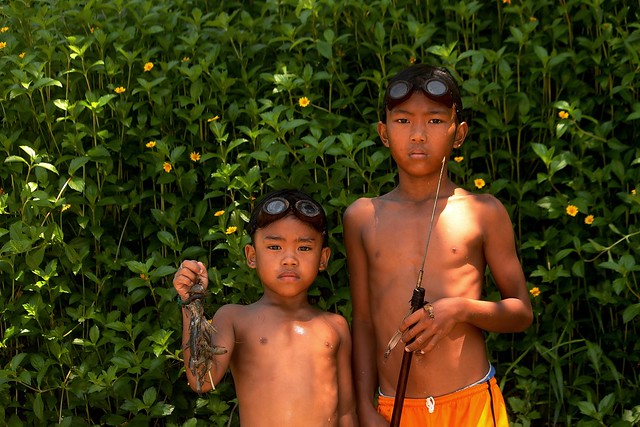 After the quick tour of the town center, we hopped on a habal-habal to Barangay Galicia, passing by rough mountain roads that provided impressive vantage points over the Timbaban River – one of the cleanest inland bodies of water in the country – and the dense rainforest that covering the valley peaks. We started our trek to Liktinon White Rocks from Barangay Galicia, traversing the knee-deep waters of the Timbaban River four times before climbing up onto a riverside path that led us to the village center of Barangay Maria Cristina in roughly two hours.

Along the route, there were villagers casting fishing nets into the river on bamboo rafts, and young children spearfishing for eels and crayfish in the rocky shallows.  The tranquility of the surroundings, however, was disturbed by passing six-wheeler trucks and the construction of a riverside road leading to the construction of a hydroelectric power plant. Escot assured me, however, that the construction of the power plant meets environmental standards and will eventually provide a renewable source of energy for the entire island of Panay. 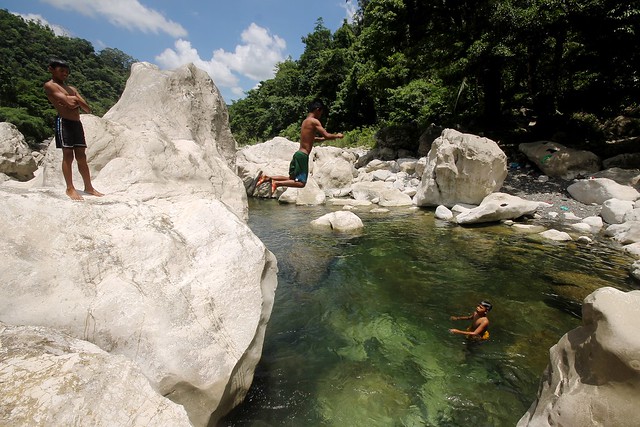 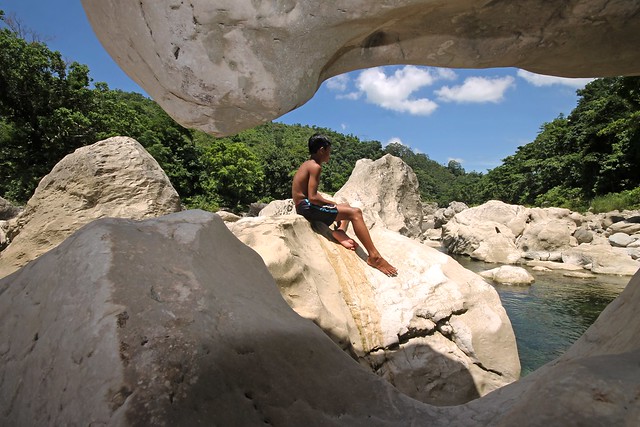 Another hour’s walk following the river from Maria Cristina and passing by the riverside cascade of Daeayap Falls finally took us to Sitio Liktinon. We were now accompanied by three young boys from the village who would ferry us back downriver to Galicia on their bamboo raft.

The Liktinon White Rocks is a beautiful labyrinth of bone-white boulders, grottoes and stone bath tubs sculpted by crystalline, sweet-tasting water gushing through the virgin jungle valley that belongs to the Aklan River Watershed Forest Reserve. The surrounding forests are still home to endemic species of hornbills and deer. This unique rock formations gets its name from the Aklanon word liktin, meaning “to jump”, referring to the way one has this traverse this portion of the river.  We were hungry after the three-hour morning trek. Our riverside lunch was tinu-om, a Panay Bukidnon dish of native chicken cooked in banana leaves over coals, seasoned with only salt, onions and lemongrass. The savory broth tasted so good! 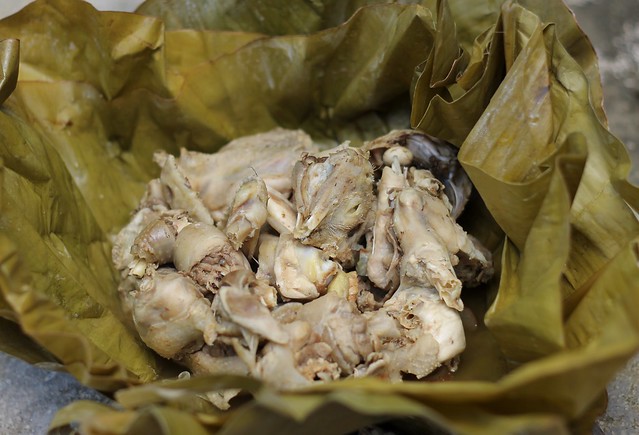 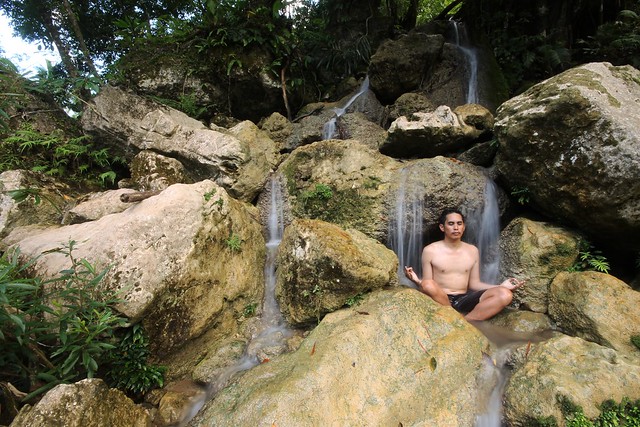 After lunch, we explored more boulders upriver. We reached a small waterfall flowing down pale yellow boulders onto the river. I sat underneath one of the slippery rocks, letting the cold water splash on my head and shoulders – it was such a refreshing relief from the searing summer heat! I wanted to spend the rest of the day just swimming in the river and jumping from the boulders into the crystal clear pools with the children who accompanied us, but it was time to return to town by mid-afternoon. So, we retraced our footsteps back to Maria Cristina where we boarded a bamboo raft that delivered us back to Galicia over whitewater and long sections of calm, emerald waters.

From Kalibo, take a jeepney bound for Libacao and alight at Madalag. Travel time can take up to one and a half hours. Visitors are advised to register at the town hall before going to Liktinon White Rocks. For tourist assistance, contact municipal tourism officer Francisco “Escot” Intela at +63 9214885954.

From Madalag town proper, habal-habal motorbikes (PHP 100, one-way) can take you to Barangay Galicia, the jump-off point for the two to three-hour hike to Liktinon White Rocks along the Timbaban River. One may return to Barangay Galicia by bamboo raft, which can be arranged by the tourism officer. Alternatively, motorbikes can also drop you off at Barangay Maria Cristina (PHP 150, one-way), where it’s only a one-hour hike to Sitio Liktinon.

Fly to Kalibo from Manila on Philippine Airlines – your home in the sky!