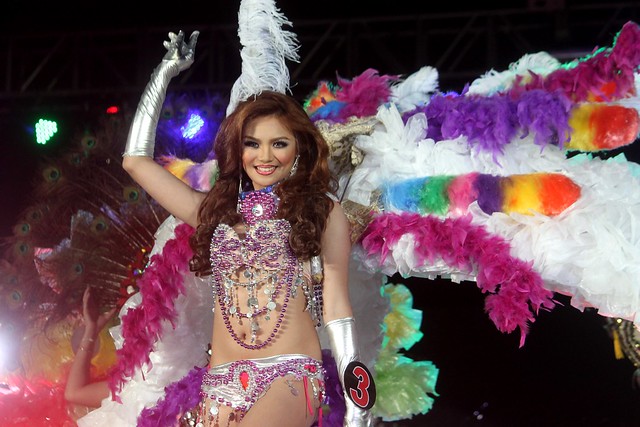 With an annual attendance of more than 120,000 visitors, the Sarangani Bay Festival is the biggest beach festival in the Philippines. And it gets bigger and better every year! The Sarangani Provincial Tourism Office invited me to attend the 10th year of the two-day festival held last May 15 to 16 at Gumasa Beach, one of most beautiful beaches in the country and what I’ve considered the best in mainland Mindanao. 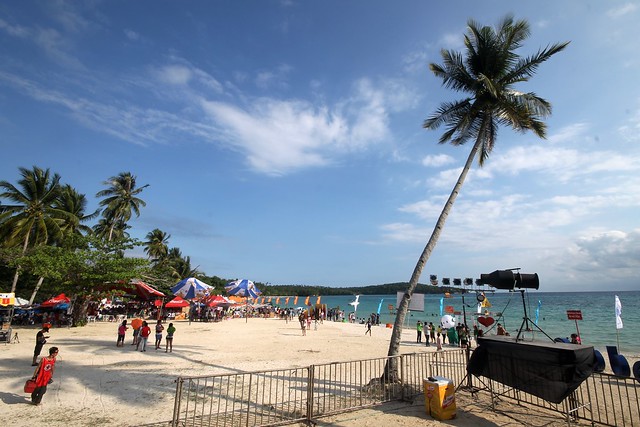 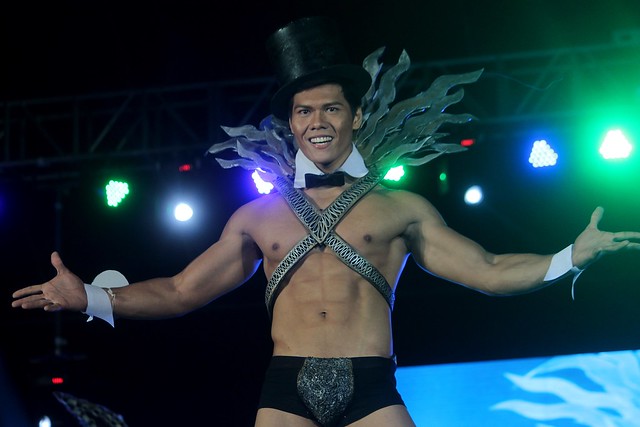 The Sarangani Bay Festival – popularly shortened to SarBay Fest – started in 2006 with the passage of Provincial Ordinance No. 2006-5-030 entitled “An Ordinance Declaring 3rd Week of May 2006 and every year thereafter as the Sarangani Bay Festival Week in the Province of Sarangani,” as a promotion initiative of the Provincial Government of Sarangani, being held along the shorelines of Sarangani Bay, a hammock-like shaped bay located at the southermost tip of the Mindanao mainland. What started as a small beach camping affair a decade ago has now ballooned into one of the biggest and hottest festivals in the country.

After touring the tourist attractions of western Sarangani, our group arrived in Gumasa Beach – an hour south of General Santos City – on the afternoon of the first day of the festival. We watched talented local artists painting their models with images of scuba divers, reef fish and other sea creatures for Pinta sa Baybayon, a body painting competition with a marine conservation theme. 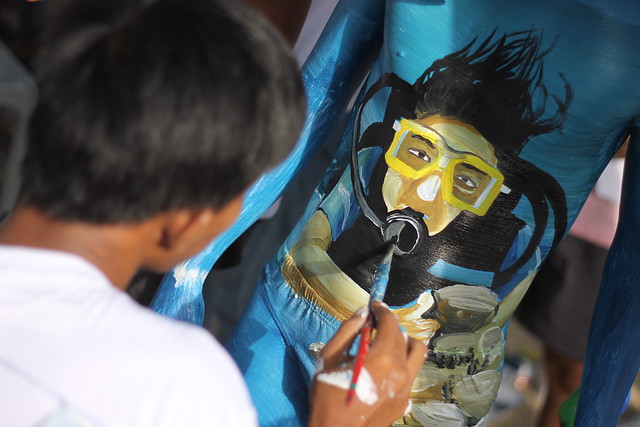 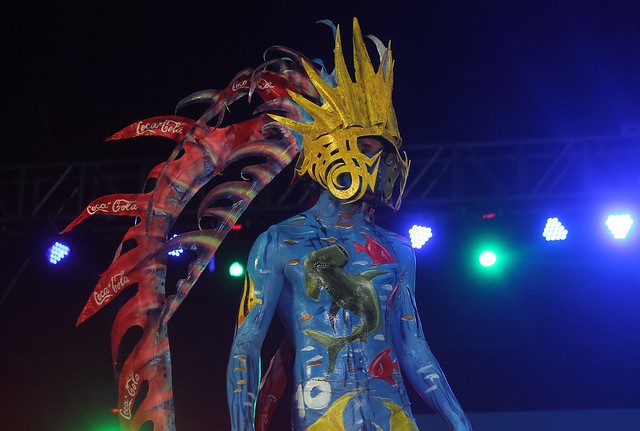 After the outdoor Zumba dance sessions in the afternoon, more and more people began to flock the beach, excited for the night’s activities. The program kicked off with some fire dancing exhibitions and a showcase of the body painting models. The sexiest bodies in the region then strutted their stuff for a Las Vegas-themed Bay Bodies bikini competition followed by an insane foam party! 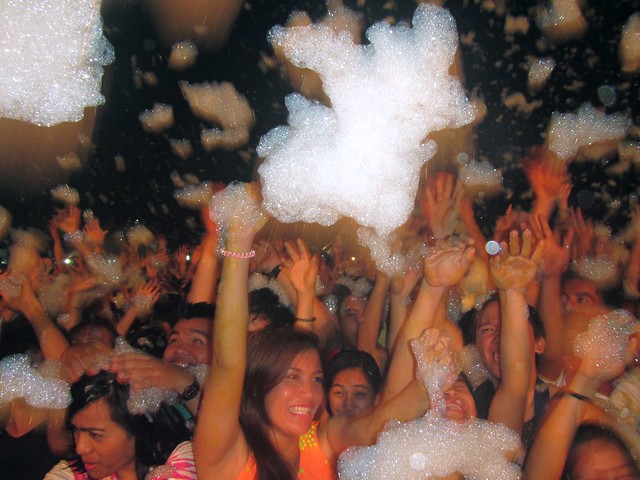 The crowds doubled on the second day of the festival, with the party atmosphere reaching a fever pitch on the final night. The dance party on the second night was billed by the hottest Filipino DJs – Travis Monsod, Marc Marasigan, Deuce and Ashley Rivera – culminating in a spectacular fireworks display. Besides the massive parties, other activities during the two-day festival include triathlon, bancarera (pump boat races), drumbeating competition, ultimate frisbee competition, beach volleyball, beach football, and sand sculpture competition. 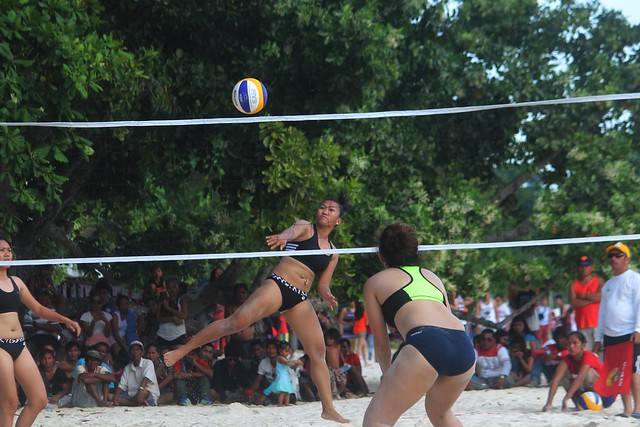 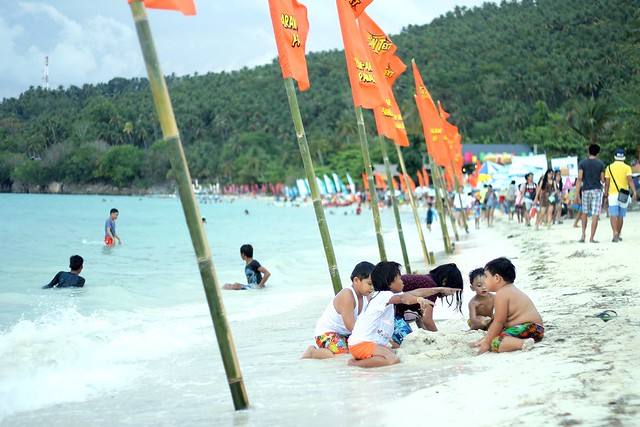 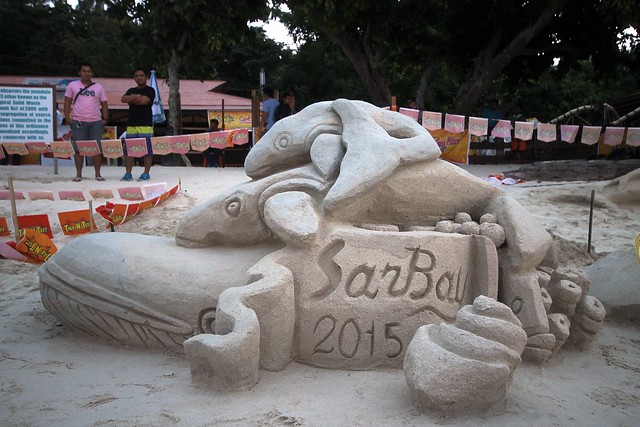 Surprisingly, the biggest beach festival was also the eco-friendliest. The third day of the festival was “a clean-up party” which encouraged visitors and volunteers to collect litter and deposit their trash bags in exchange for prizes.  Throughout the festival, beachgoers were also constantly reminded to dispose their trash properly and avoid urinating just anywhere on the beach. Trash bags were provided for everyone upon entry. Moreover, portable toilets and garbage cans were widely available throughout the event grounds. Now that’s sustainable tourism! 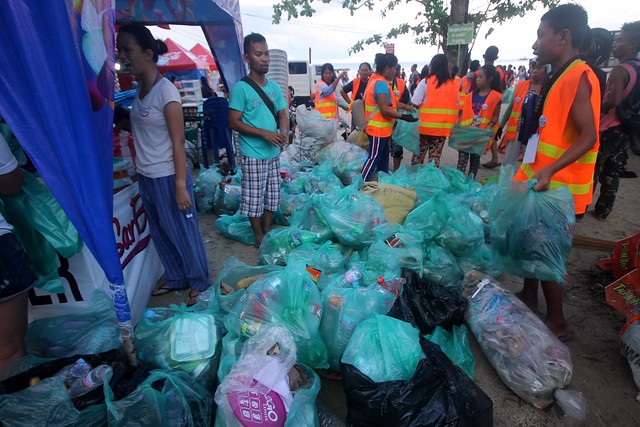 Here’s the official thank you video, which pretty much sums up the awesomeness that is Sarangani Bay Festival:

Glan, Sarangani is one hour by van (PHP 100) from the transport terminal at KCC Mall in General Santos City. From the town center of Glan, ride a habal-habal motorbike (PHP 30, 15 minutes) to Gumasa Beach. For more information about the event, follow the official Facebook page of Sarangani Bay Festival.

Fly to General Santos from Manila or Iloilo on Philippine Airlines – your home in sky!