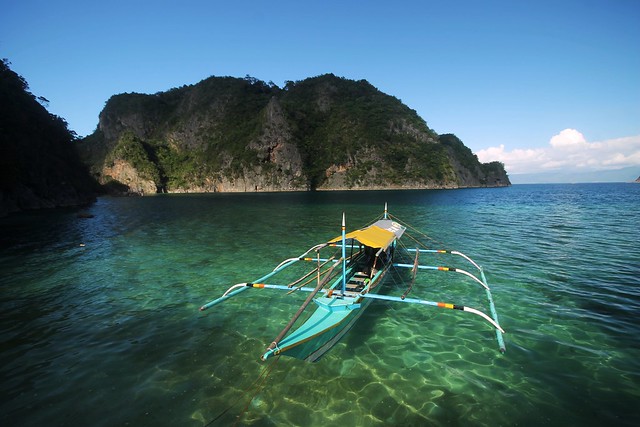 The secluded waters of Pitogo Bay in Caramoan.

The most popular cluster islands in Caramoan, Camarines Sur – namely Matukad, Lahos and Minalahos – are characterized by jagged limestone and powder-fine beaches, but outlying islands in the area evoke a different kind of beauty. Southeast of this island group is Pitogo Bay, which clutches hidden marine lakes and a grassy island with pebble beaches. 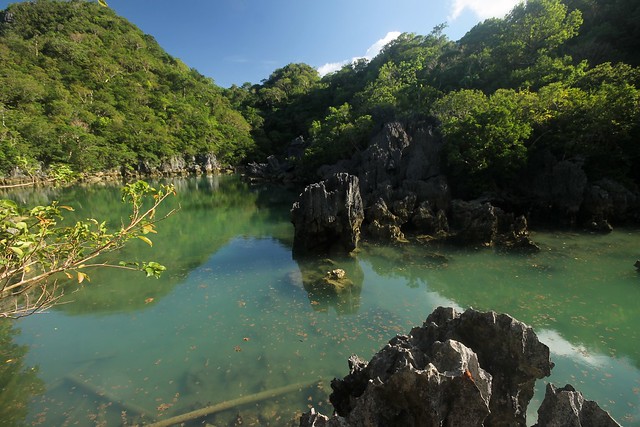 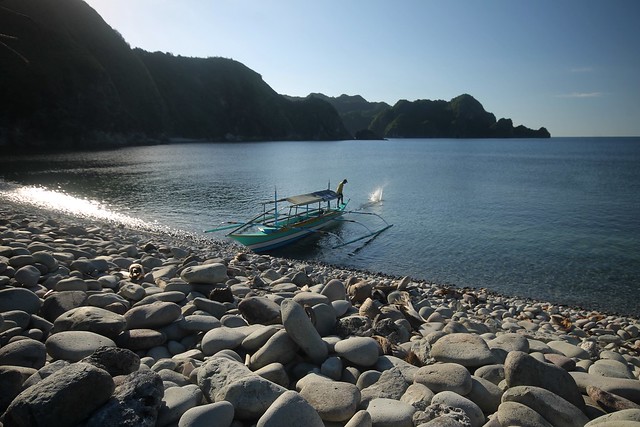 Our outrigger boat entered the innermost coast of the bay and docked next to a dilapidated platform next to an abandoned structure which seemed like a guard house or ranger’s outpost of some sort. A few minutes walk inland from here led to a small marine lake with olivine waters glimmering in the sun. Just like Coron in Palawan, Caramoan also has marine and freshwater lakes! The beautiful lake at Pitogo Bay was surrounded by sharp limestone formations and bordered by thick vegetation. If the water level was higher, it would have an ideal spot to kayak! 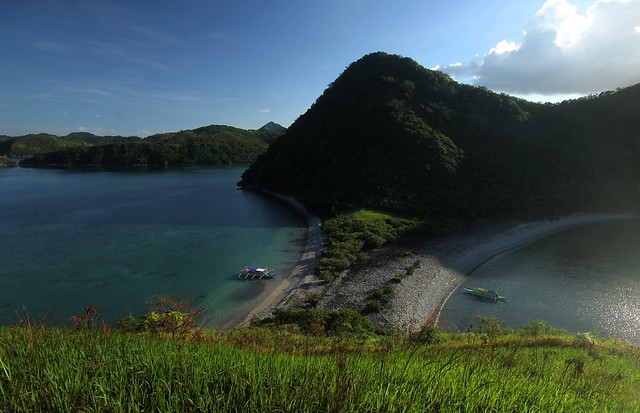 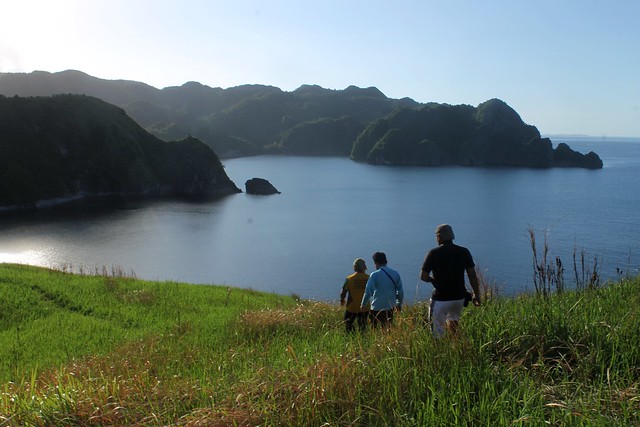 Walk up the grassy hills for stunning views over Pitogo Bay and the rest of the peninsula.

At the center of the bay is Pitogo Island, a hilly island with a narrow middle or isthmus lined one both sides smooth dark-colored stones. According to our guide, these stone beaches produce “nature’s music” when the rough seas of the monsoon season pound against them and the cobbles strike one another. The elevated portions of the island are characterized by grassy knolls. From the stone beach, one could climb up a steep footpath up the hill on the eastern end of the island to admire spectacular 360-degree views at the top of the entire bay and father islands – definitely the highlight of our visit to this lesser-known corner of Caramoan.

Kaddlagan Outdoor Adventure Tours arranges professionally guided excursions to Pitogo Bay and other destinations in the Bicol region. For more information about tourist attractions in and around Naga City, check out Naga Excursions.