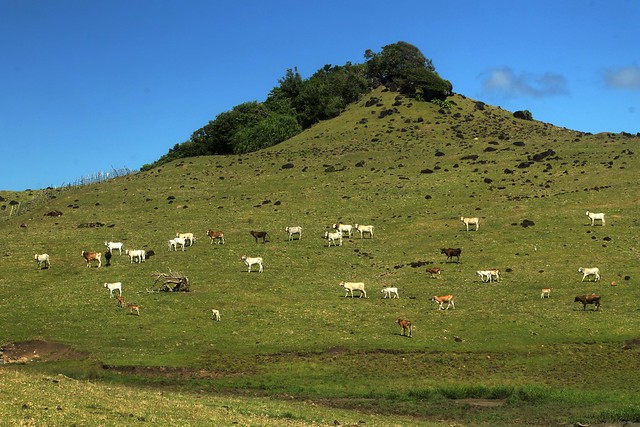 Guinahoan Island’s rolling landscape is reminiscent of Batanes and Palaui.

While Pitogo Bay stands out from the well-known karst islands of Caramoan with its marine lakes and pebble beaches, Guinahoan Island exudes a different natural beauty altogether with its rolling pastures reminiscent of the Batanes islands or Palaui island in Cagayan.

Located northeast of Manlawi Sandbar and Cotivas Island, Guinahoan Island – also known as Basot Island – is an irregular shaped parcel of grassland bordered by a shallow mangrove bay on the west and desolate white-sand beach coves to the east. One of the farthest islands off the Caramoan Peninsula, the island is best visited when the tide is high, so outrigger boats can moor close to the coastline. I’ve been on this island during my first trip to Caramoan, but our boat docked on the southern end of the island, where we visited a village and hiked to a lonesome lighthouse. 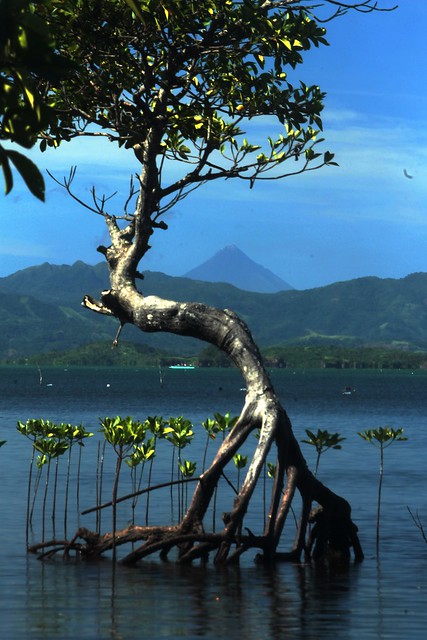 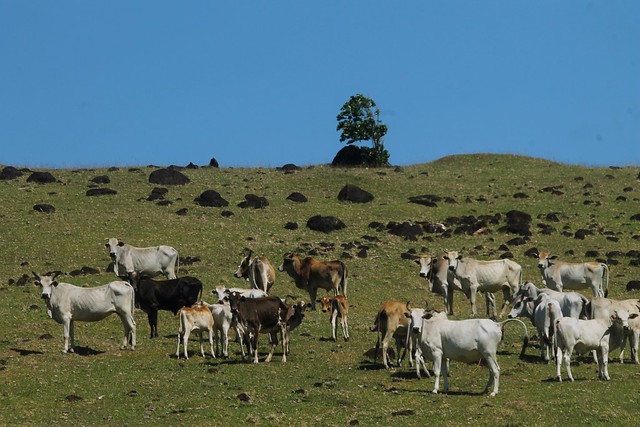 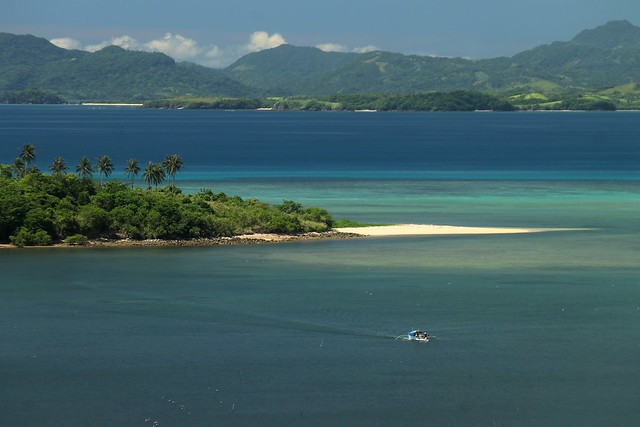 View of the rest of Guinahoan island and Caramoan mainland from the northern peak.

This time, we docked on the quieter northwest coast. We alighted at the mangrove bay, walking on the muddy seabed to dry land. Behind us, a cloudless horizon revealed the peak of Mt. Mayon’s perfect cone rising behind the Caramoan Peninsula. As we walked across the pastureland, we saw no one else. Only cattle and carabao peppered the vista. Noticing our arrival, a herd of cream and brown-colored cattle dispersed across the undulating landscape, seemingly mooing in disapproval of our presence. In the distance, large water buffaloes remain nonchalant, wallowing contently in a pit of mud.  The pasture rears up to a grassy peak topped by a volcanic boulders and a few trees, a land feature regarded by the local residents as the residence of dwarves and other supernatural beings. 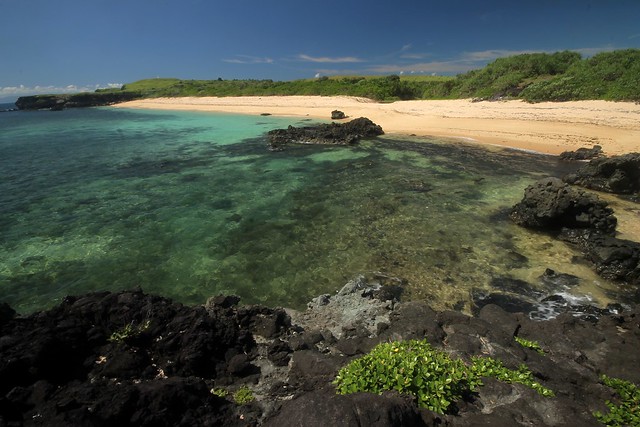 The desolate beauty of Liwan Beach on the east coast of the island. 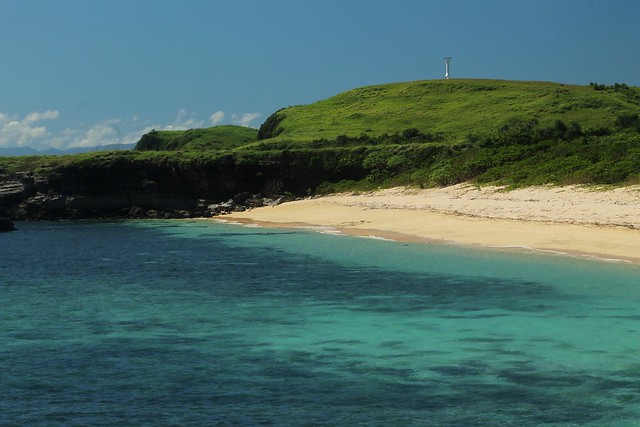 A lonesome lighthouse stands on a southern peninsula.

Moving on, we crawled beneath a barbed wire fence meant to secure the livestock, traversing to a deserted cove called Liwan Beach. Large volcanic rocks lay in the middle of the cove, providing ideal vantage points to surmount and thereby behold the scenery. Perched on these behemoth boulders, we surveyed the aquamarine water crashing and swirling in the rocky shallows below, and, looking up, the stretch of coralline sand leading to the white-painted lighthouse standing on a far-end peninsula. What a majestic coastline! Having taken in all this dramatic desolation, it was definitely worth the long boat ride from our jumping off point at Paniman Beach.

Kaddlagan Outdoor Adventure Tours arranges professionally guided excursions to Guinahoan Island, Caramoan and other destinations in the Bicol region. For more information about tourist attractions in and around Naga City, check out Naga Excursions.