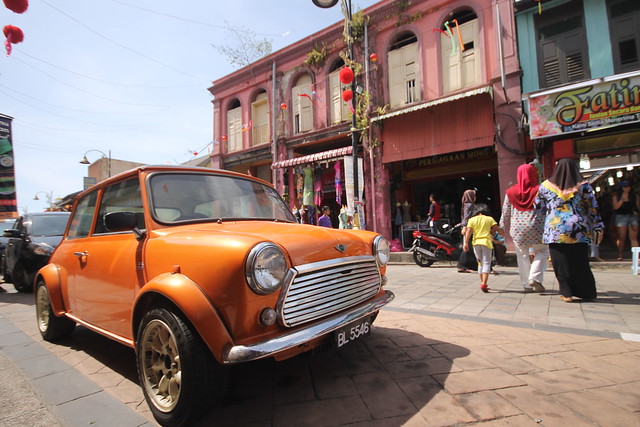 Jalan Bandar is the main drag of Kuala Terengganu’s Chinatown. 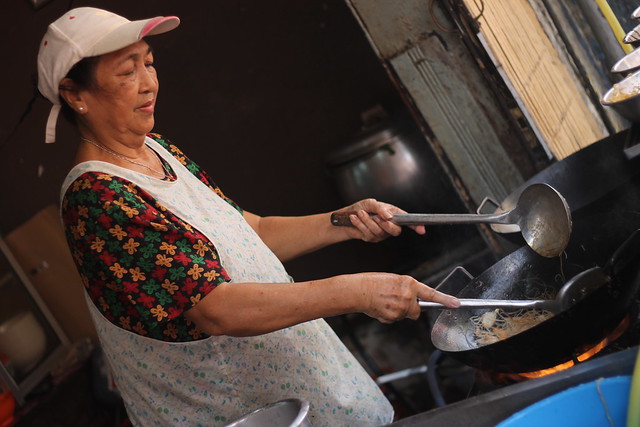 Although maritime trade between Terengganu and China has been recorded since the 10th century Song dynasty, a formal Chinese settlement only started forming in Kuala Terengganu 300 years ago.  In the early 18th century, there were more than a thousand houses, however a big fire destroyed most of the structures in 1880s. Located on the shores of the South China Sea, the settlement naturally become a gateway for Chinese immigrants keen on joining the tin mining boom in Peninsular Malaysia in the mid-19th century.

Today, there are around 270 shophouses left, mostly along the narrow street of Jalan Bandar (formerly Jalan Kampung Cina). Their architecture blends Southern China, Neoclassical and Art Deco styles. Chinatown houses are connected to each other to form one long structure; occasionally, shophouses are separate by narrow alleyways. These two-storey buildings are both used as a residence and commercial space. The first level is often used as a restaurant, sundry shop or warehouse, and the second level is the living quarters of the shop owners. 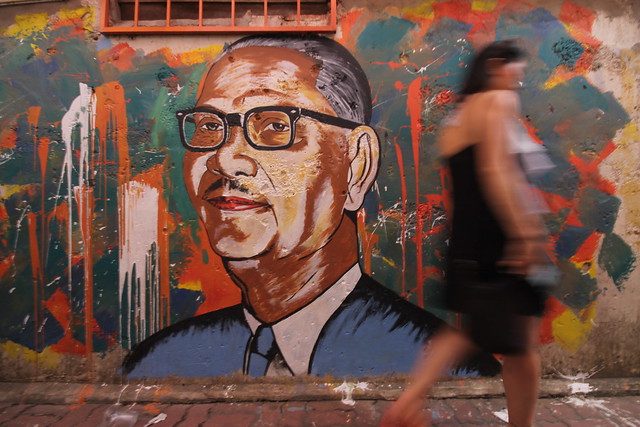 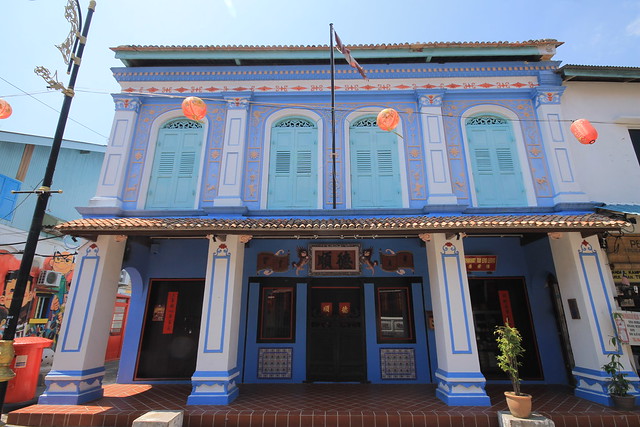 Kuala Terengganu’s Chinatown is compact; hence, it can be explored in a few hours on foot. There are a number of restaurants, cafes and commercial establishments on the main drag. Not to be missed as well are the narrow alleyways that have been made colorful by local artists with murals, graffiti and installation art, similar to the historic quarters of Melaka and Penang, both UNESCO World Heritage Sites. One of the special alleyways is Turtle Alley or Lorong Penyu, sponsored by the Turtle Conservation Society of Malaysia. One of the narrowest alleys in town, this passageway educates pedestrians on marine turtle conservation with charming mosaics and brass plaques about these endangered marine animals.

Disappointedly, we observed that sea turtle eggs were still being sold openly as a delicacy at the nearby Pasar Payang market (Read more about this issue in this online article by the Turtle Conservation Society). While educating the public about marine conservation is vital, the local government should strictly enforce their environmental laws at the same time. The coastline of Terengganu is an important nesting site for sea turtles. However, industrial pollution and the poaching of turtle eggs for human consumption threaten marine turtles. In 2006, leatherback turtles were already declared extinct in Malaysia. Will green and hawksbill turtle follow suit? 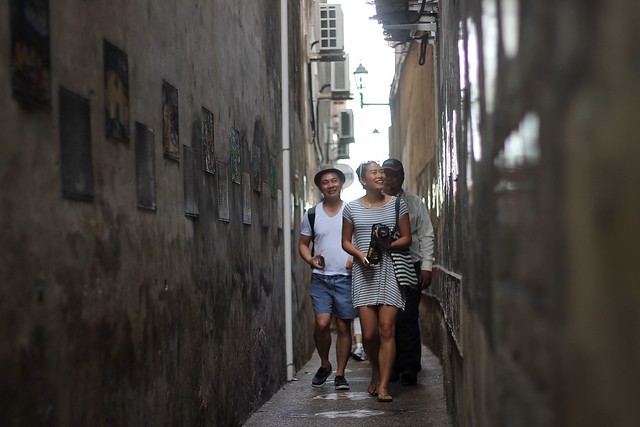 Fortunately, the 2nd Terengganu International Squid Jigging Festival coincided with the Terengganu Perenakan Festival held from June 5 to 10, 2015, which celebrates the heritage and culture of Perenakans, who are Malaysians of Chinese-Malay descent. Kampung Cina was livelier than usual with the festive mood during our visit. We attended the formal opening of the festival where VIPs paraded Jalan Bandar, highlighted by a dragon dance and thrilling lion dances that involved acrobatic stunts on platform poles. A program held on an outdoor stage soon followed with song-and-dance performances and drumbeating exhibitions. Around 100,000 people attended the festival. 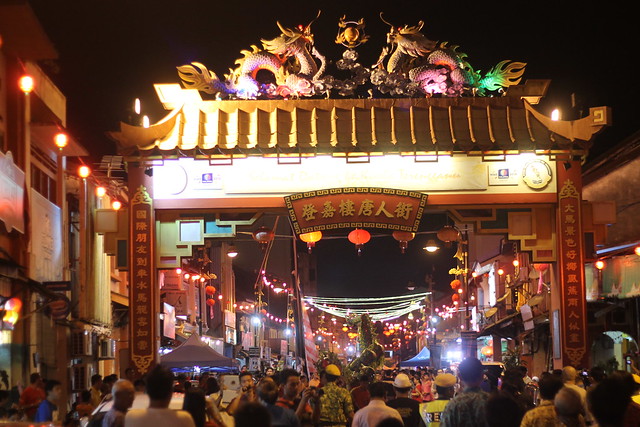 Terengganu Peranakan Festival kicks off with a parade down Jalan Bandar. 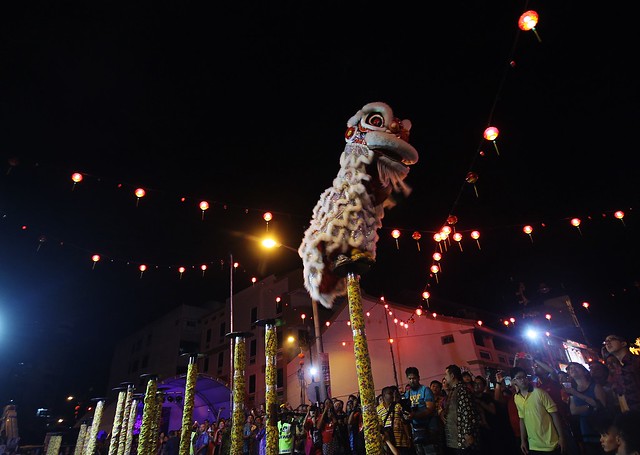 An acrobatic lion dance thrills the crowds during the opening night of the festival. 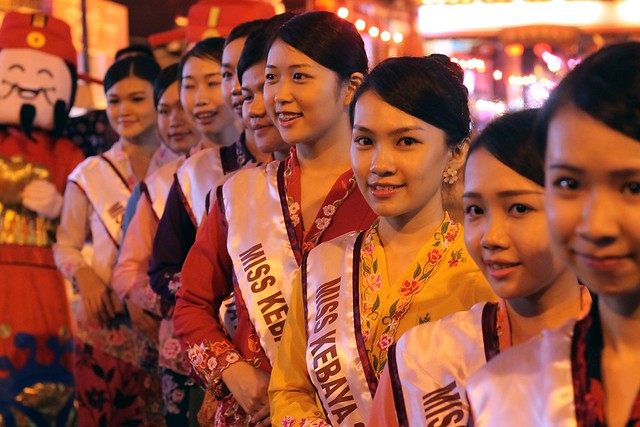 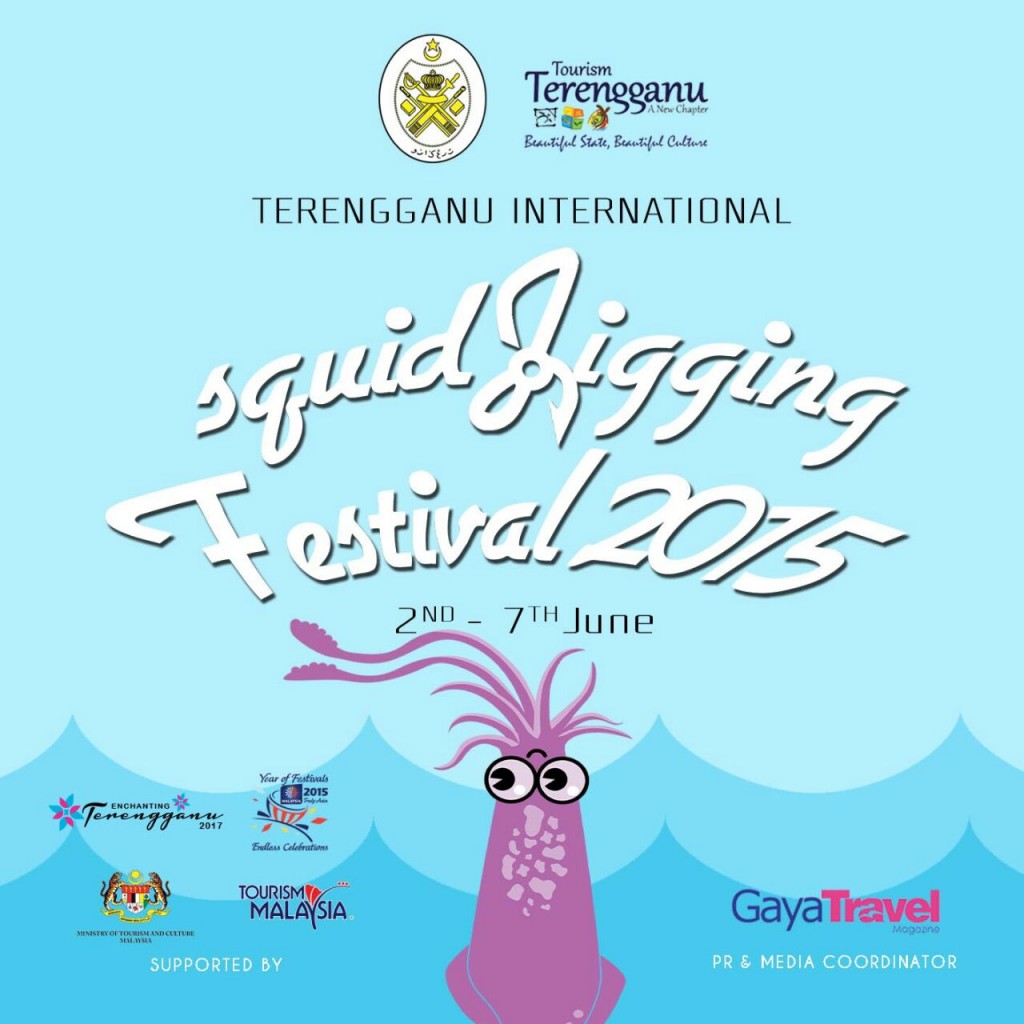