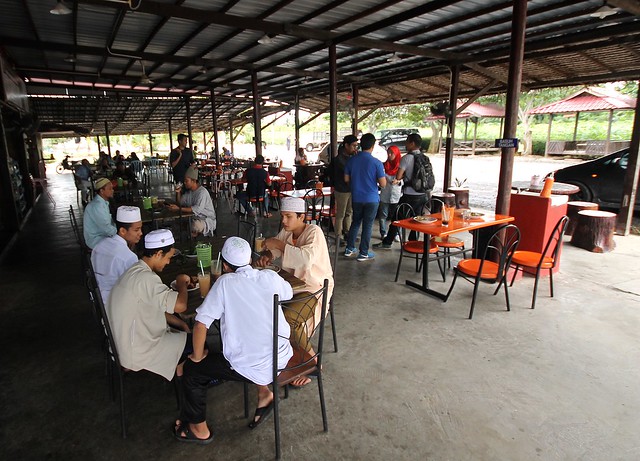 If the Javanese and Perenakan dishes of Selangor failed to impress your adventurous stomach, drop by Restoran Lembah Bernam, a roadside eatery at Tengah Pasir village in Sekinchan, Sabak Bernam district. The specialty here are exotic Malay dishes. Before returning to Kuala Lumpur on the final day of Eat Travel Write Selangor Culinary Adventure, we dropped by this restaurant in the middle of nowhere for one-of-the-kind cuisine that could probably make it to Fear Factor. While native Malay fare such as fried ayam kampung (native chicken), ikan baung (catfish) and udang galah (giant river prawns) were also served, there were also intriguing dishes on the table: 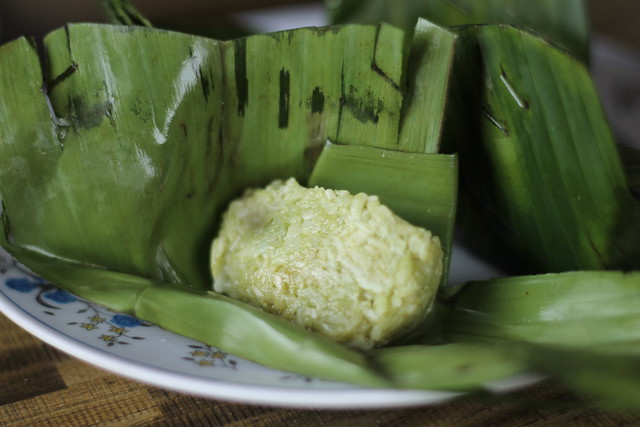 Tapai made from fermented rice.

Made with an inoculation of microorganisms such as mold, yeast and bacteria, tapai or tape is a fermented paste found in Malaysia, Indonesia and Brunei Darussalam that can be made from a variety of carbohydrate sources, but typically from cassava, white rice, or glutinous rice. Its strong sweet-and-sour aroma and flavor was too overpowering for my palate that I could only have half a spoonful. Apparently, we also have this pungent paste in the Philippines, where it’s called binuburang basi or tapay basi but I haven’t encountered or tried it back home. 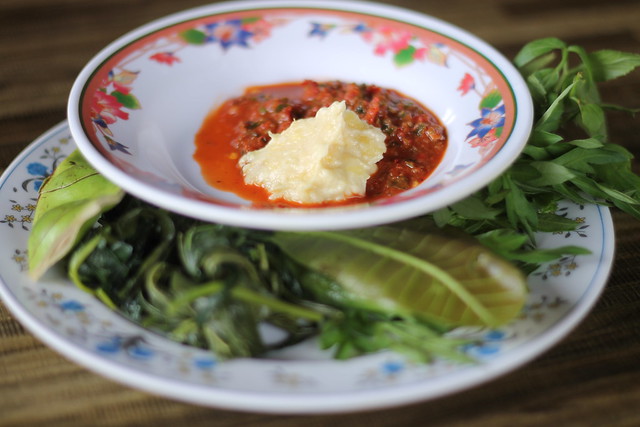 While I have been a lover of durian – the pungent “king of fruits” – since I was child, the fermented paste made from it called tempoyak was I first tried this condiment during a homestay program in Negeri Sembilan. It’s definitely an acquired taste, even for people who enjoy eating fresh durian. Tempoyak is often enjoyed with sambal belacan (chili paste with shrimp paste) and used as a savory dip for an assortment of fresh vegetables. 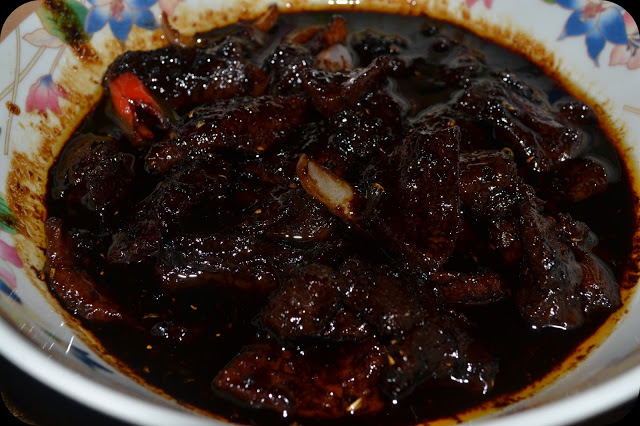 While the dark-colored sauce wasn’t exactly an appetizing sight, daging rusa lada hitam or black pepper venison (deer meat) was surprisingly flavorful and was the exotic dish I liked the best.  The venison tasted like it was dried before cooked as it had some bite to it, akin to beef tapa (dried beef) we enjoy for breakfast in the Philippines. The small pieces of meat were covered in a rich peppery sauce that perfectly paired with steamy white rice. 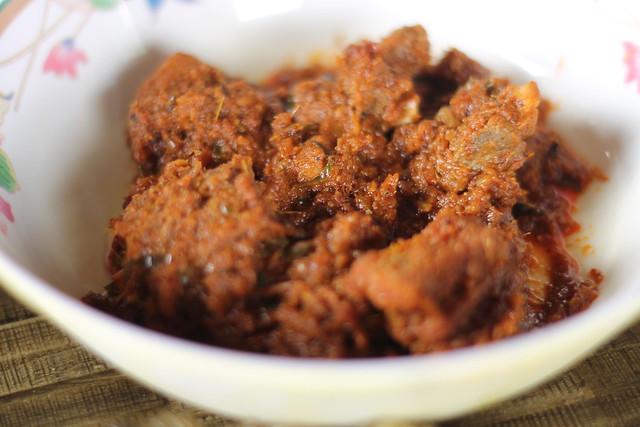 Perhaps the strangest dish served was made from daging landak or porcupine meat. Yes, porcupine – the rodent-like creature covered with quills. We had our porcupine in rendang, a caramelized curry sauce typically made with beef that originated from the Minangkabau people of West Sumatra, Indonesia. Porcupine meat has been on the menu in bush meat shops for the supposed “cleansing properties” they have.  The high demand for the meat has led to the animal’s diminishing population in the wild. However, the daging landak served at Restoran Lembah Bernam is sourced from porcupine farms. Smothered in a spicy sauce, porcupine tasted really good, its flavor comparable to that of beef. The chunks of porcupine were bony and had little meat on, however, the dish really won me over with its wonderful rendang sauce, 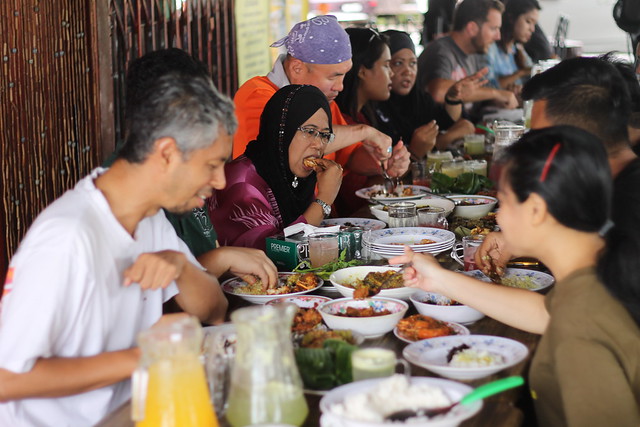 Participants of the media tour digging in! 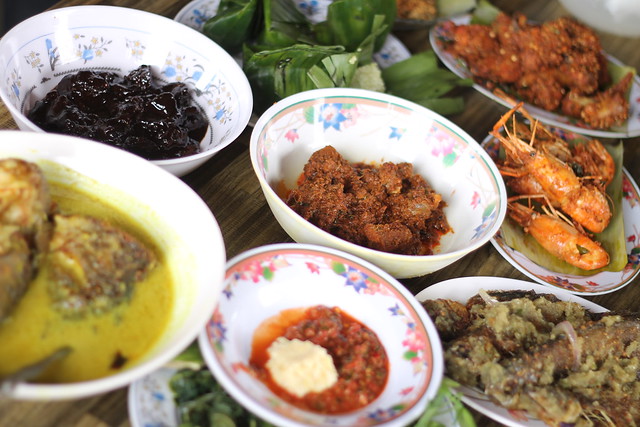 A generous spread of exotic and flavorful Malay dishes.

Other restaurant specialties are arnab (rabbit), burung puyuh (quail), ikan keli (a kind of catfish) and belut (Indonesian longfinned eel). If these dishes at Restoran Lembah Bernam are too exotic for your taste, check out my blog post on the Javanese and Chinese-Perenakan cuisine you can find in Selangor, Malaysia. 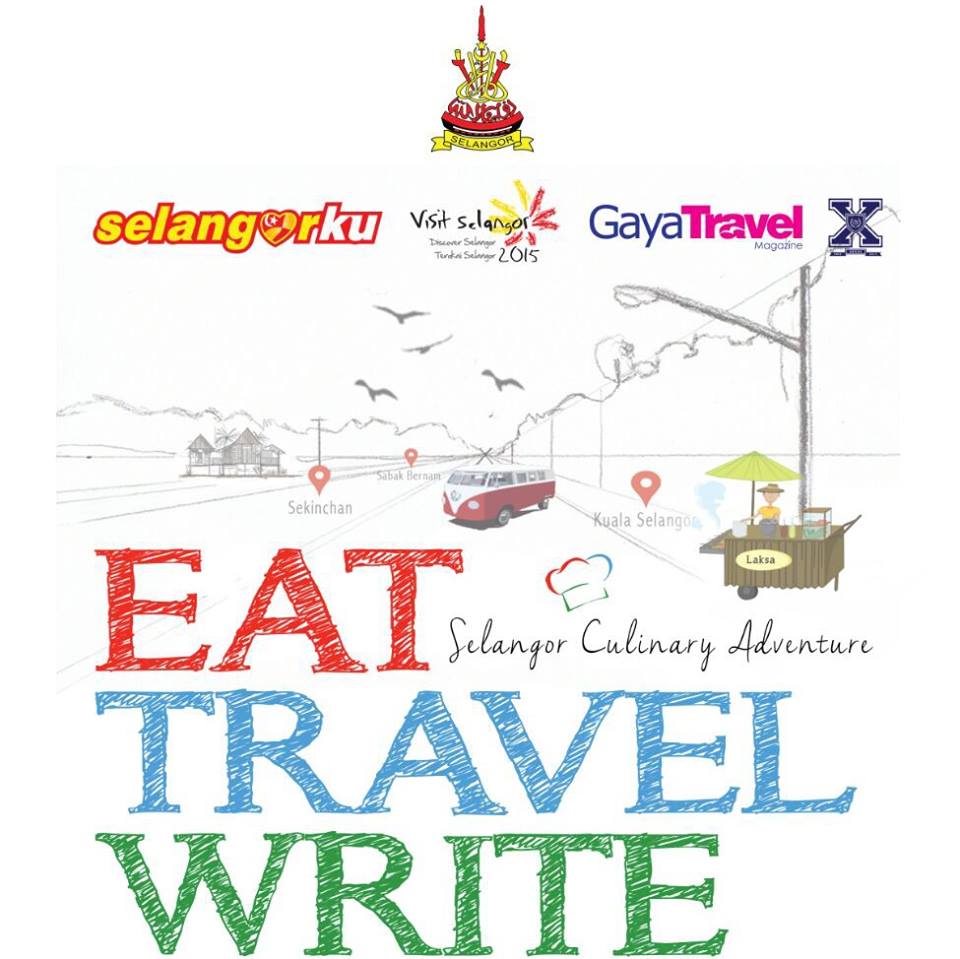