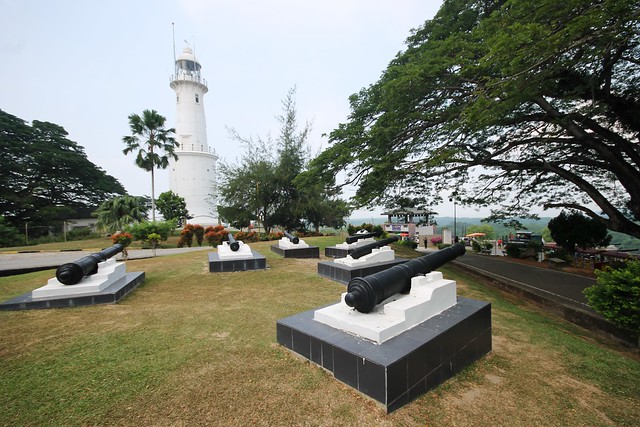 Bukit Melawati is a historic hill-fortress in Kuala Selangor.

Besides watching fireflies at Kuantan village, another wildlife encounter can be experienced in Kuala Selangor at a historic hill called Bukit Melawati (also called Bukit Selangor by others). Boarding a red and yellow tram designed like a steam train, our group rolled up from the town center of Kuala Selangor to the top of a hill where the Altingsburg Lighthouse stands. This beautiful, white-painted beacon was built in 1907 and still functions to this day, guiding sea vessels along the Malacca Strait, which can be seen from atop the hill.

A fortress was built on the hill during the reign of Sultan Ibrahim of Selangor from 1782 to 1826 to protect his territory against the Dutch who has colonized the trading port of Melaka farther south. In 1784, however, the Western invaders captured the fort, renaming it the Altingsburg Fortress, but the hill-fort was retaken by the sultan in less than year. Not much has survived from this tumultuous era, except for the fort’s protective walls and several cannons. 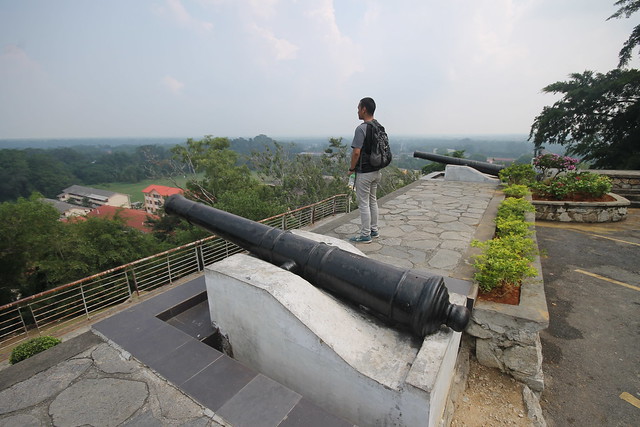 Old cannons aimed at the Malacca Strait, an important trade route for many centuries.

One can learn more about the history of the area at the Kuala Selangor Historical Museum, next to the lighthouse, which houses some artifacts and a few dioramas portraying historic highlights of Bukit Melawati. Much of the hill has been converted into a pleasant park. Found across the grounds are historic remnants, some of them are quite grisly like Batu Hampar, a flat stone believed to be where criminals were beheaded, and Perigi Beracun, a well poisoned with latex and itchy bamboo shoots used to torture traitors in former times.

While the historic attractions were charming to say the least, what really delighted me and most other participants were the resident population of wild monkeys. While Bukit Melawati has common long-tailed macaques, which I’ve repeatedly encountered in destinations across Southeast Asias, the public park also has a significant population of silvery lutungs or silvered leaf monkeys (Trachypithecus cristatus). They live in mangrove and coastal forests, and do not stray from coastline or rivers. A near-threatened species, these Old World monkeys are found only in Borneo, Sumatra and the western coast of Peninsular Malaysia. Unfortunately, their forest homes are dwindling in the region due to logging and oil plantations. They are also hunted down for bush meat and the pet trade. 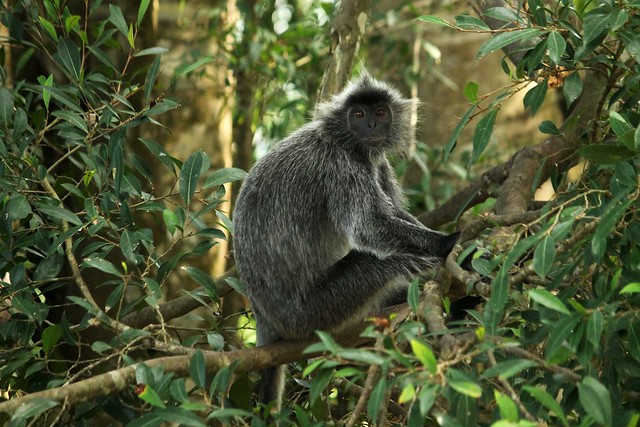 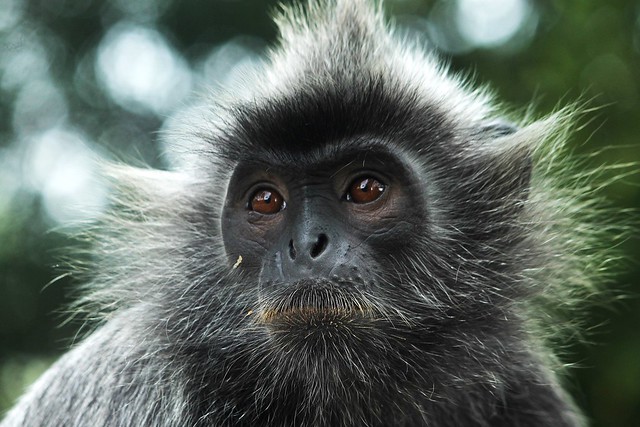 One can have close encounters with the mild-mannered silvered leaf monkeys. 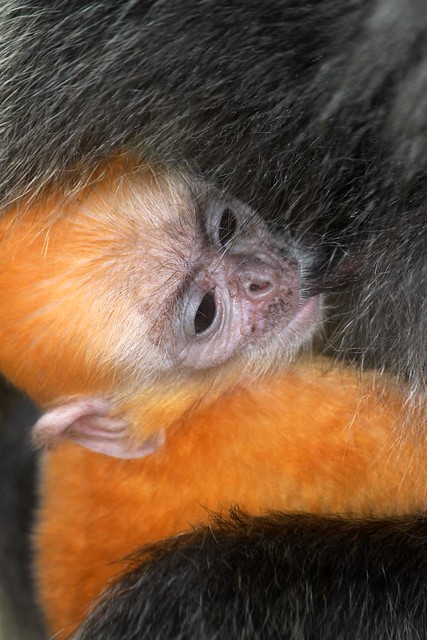 While adult silvery lutungs are charcoal in color, their newborns are covered in orange fur, which experts believe help mothers spot their young who tend to be very active and intrepid. Young leaf monkeys transition from orange to dark gray fur in three months after being born. Even when hand-fed by park-goers, the wild leaf monkeys were surprisingly gentle animals, compared to their cousins, the long-tailed macaques, who often become mischievous and aggressive when accustomed to humans. While I do not support the feeding of wild animals, one could safely approach the leaf monkeys to simply photograph them when sit on the roadside railings. I highly recommend visiting Bukit Melawati, if only to encounter these adorable, mild-mannered monkeys!