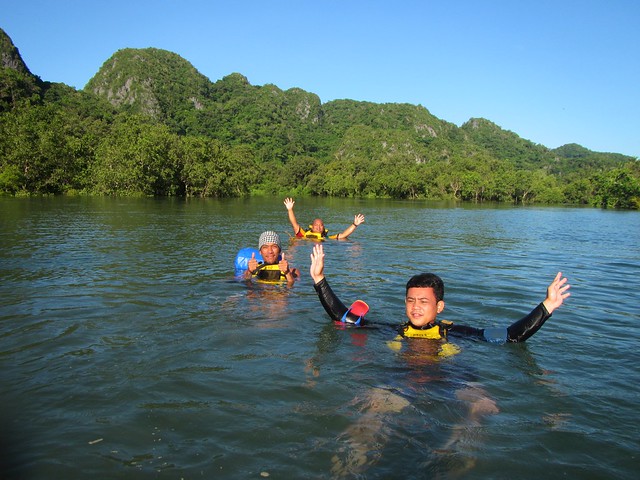 The peninsula of Caramoan in Camarines Sur and its offshore islands have been established as a popular island-hopping destination in the Philippines, owing largely to the tourism-inclined governance of the province and its inclusion as one of the locations for the hit reality TV show, Survivor. In 2012, I had an incredible time celebrating my birthday weekend here with a large group of friends.

Besides its pristine limestone islands and beach coves, however, this tropical paradise still has a lot up of its sleeve as I discovered recently during a trip organized by Naga Excursions, the tourism brand of Naga City that not only promotes not the city itself but also surrounding destinations in the Bicol region. One such lesser-known attraction is Umang Cave near Paniman Beach, the primary jumping off point for island-hopping trips.

After having only a quick cup of coffee, our four-person group, led by Jay, our trekking guide from Kaddlagan Outdoor Adventure Tours, began walking up through the village to the end of the beach by 6:30 AM. The easternmost part of Paniman Beach is hemmed in by limestone peaks draped in greenery, where the Manapot River empties out to the Pacific Ocean. Unlike other river trekking excursions, our adventure to Umang Cave involved swimming through a river for the most part! Dressed in Blood Red rashguard and board shorts, I was more than ready to get on a wet and wild adventure. 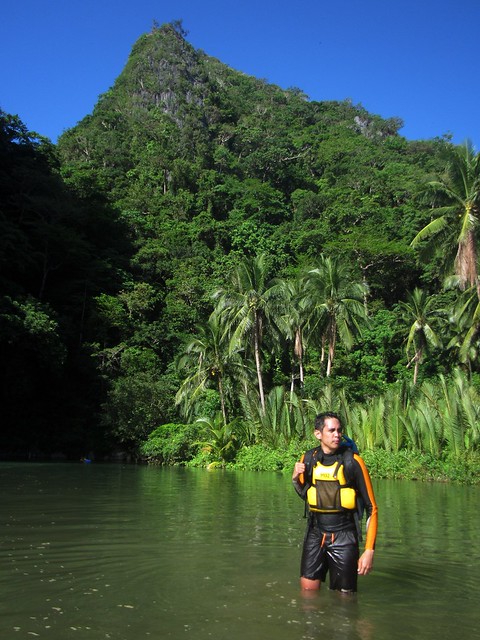 From the beach, we walked into the river and began slowly swimming up the river, armed with life vests and dry bags. Carrying my camera equipment and extra clothes down the beach and keeping them dry and secure while swimming through the river was made extremely easy, thanks to my  Sea to Summit 35L Hydraulic Dry Pack with removable backpack harness!

At first, we could wade through the water since we could reach the sandy bottom. But eventually the water got deeper, and we dog-paddled against the slow river current.  Halfway down the river, a bangka slid past us carrying two tourists who opted the easier but less adventurous way to access the cave. It could have been a really exhausting swim but the emerald waters of Manapot kept us cool and the beautiful scenery of nipa groves and limestone cliffs flanking the river kept us entertained. I wouldn’t trade this one-of-a-kind experience for a sleepy bangka ride to the cave. 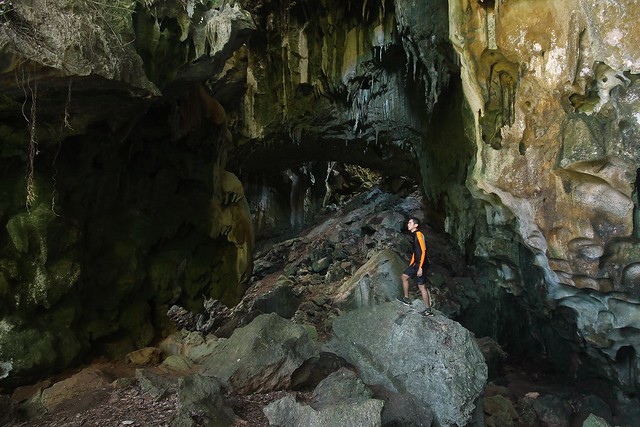 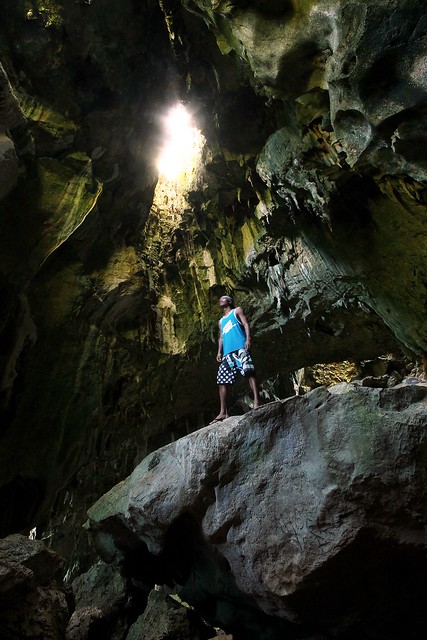 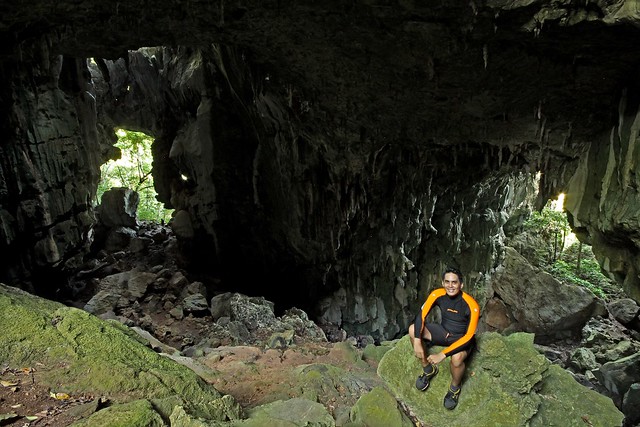 It took us around 45 minutes to swim 800 meters upriver to the short trail to the cave. As we approached the base of  a large limestone peak, the water became shallow enough for us to trudge through muddy riverbed, where the buzzing of a nearby beehive concealed by the thick vegetation unsettled us for a moment. After a five-minute scramble up a slippery rock slope from the riverbank, we reached our final destination.

Umang Cave is a well-lit cavern, having one large chamber with three entrances and two skylights that allow much sunlight to illuminate its interior. The cave was named after the umang or hermit crabs that once thrived in abundance in this subterranean sanctuary. Large stalactites hung from the ceiling and car-sized boulders rested on the floor. Before returning down the river bed, we climbed up small “window” on the cave wall near the entrance that offered an view of the Manapot River, obscured by jungle vines.

After an hour or so exploring the cave at a leisurely pace, we climbed back down to the riverbank. Since we were now heading downriver, our return trip required much less effort. We allowed the current to carry us back to Paniman Beach, while we joyously swapped jokes and belted out songs as we clung onto our floating dry bags.

Kaddlagan Outdoor Adventure Tours arranges professionally guided excursions to Umang Cave and other destinations in the Bicol region. For more information about tourist attractions in and around Naga City, check out Naga Excursions.