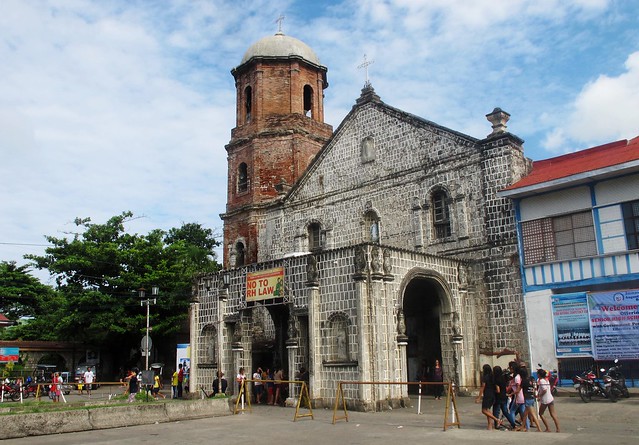 Built from 1748 to 1752, the Immaculate Conception Parish Church of Balayan, Batangas is a National Cultural Treasure.

A day after the Parada ng Lechon in Balayan, Batangas, we enjoyed a heritage tour of the town, which has an impressive church and a number of well-preserved ancestral houses, just like the neighboring town of Taal.  One of the oldest towns in Batangas province, Balayan was once the capital of a Moro sultanate called Bon-bon, which occupied a large territory from Cavite to Mindoro. From the 11th to 14th centuries, the bayside settlement prospered with native Moro and lumad (indigenous tribes) trading with Chinese merchants.

Balayan was established as a Spanish settlement in 1571. Seven years later, Balayan was officially establish as a municipality in the name of the King of Spain, covering the present-day towns of Nasugbu, Lian, Tuy, Calaca and Calatagan. From 1581 until 1732, Balayan became a province that included the whole of Batangas, Marinduque, Mindoro, southern parts of Laguna and Quezon, and all the way up to Camarines in the Bicol Region. 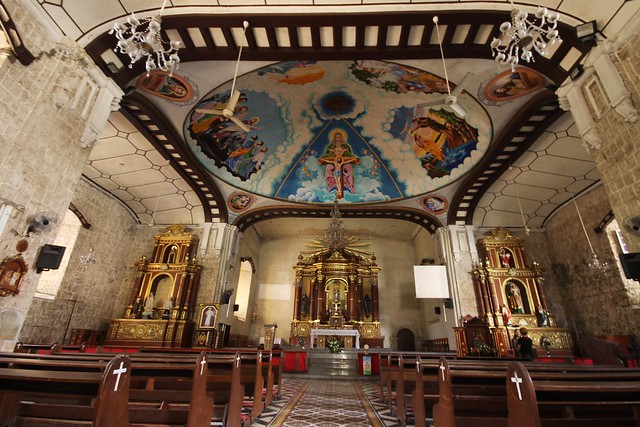 Hiring a tricycle for a few hours, we started our exploration at the dominant colonial structure in town, the Immaculate Conception Parish Church. The first church was established in 1591 and replaced by built with stone from 1748 to 1752. The main church structure is built from coral stone, while the bell tower was made bricks. After a Moro pirate raid in 1754, the church complex was protected with stone walls referred to as the cota or fort, which was later taken down in the 1840s. Foundations of the wall, however, can still be seen to this day along the perimeter of the church grounds. The Balayan church was declared as a National Cultural Treasure in 2001. 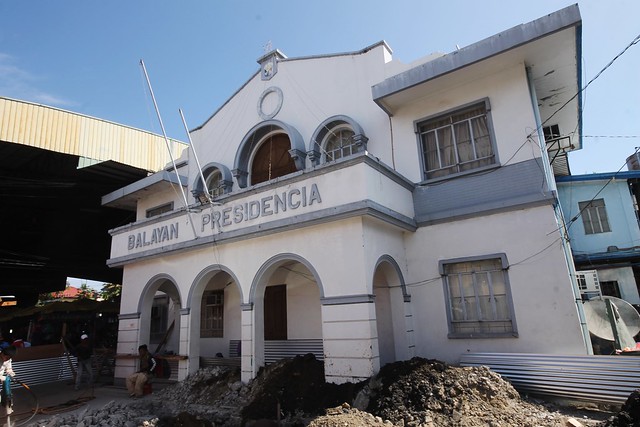 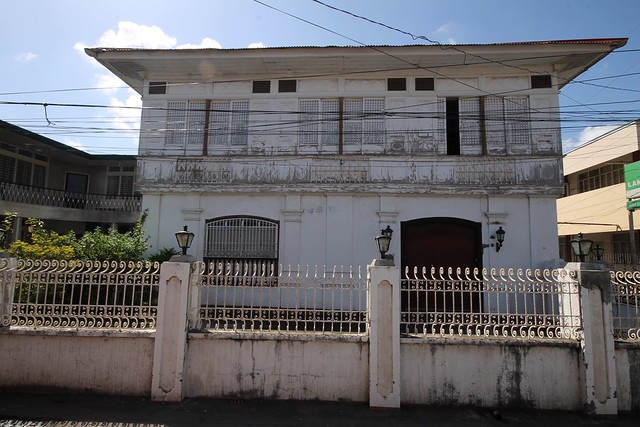 Not far away from the church is the Balayan Presidencia, which houses the municipal government. Standing next to this structure is the Mariano Martinez House, a mansion built in the 1860s by an illustrious family who prospered in the cacao business. Others call this house the Buhay-Martinez House or Casa de Cacao Filipina. Unfortunately, as with other heritage houses in Balayan, this whitewashed mansion is not open to the public and can only be admired from the outside. From here, the parallel streets of Fe and Fraternidad stretch eastwards, home to a few more colonial mansions, one of which converted to a superb Italian restaurant called Chez Deo Ristorante Italiano (read more in the “Where to Eat” section below). The restaurant is an excellent example of adaptive reuse which should be emulated by other owners of heritage houses in Balayan. 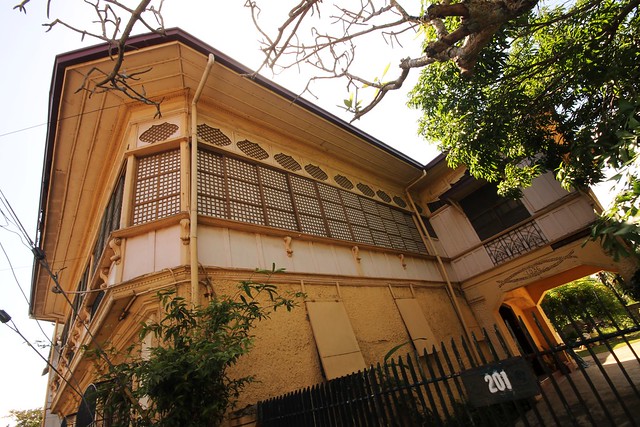 The ancestral house of Filipino comedian, Leo Martinez, built in 1935. 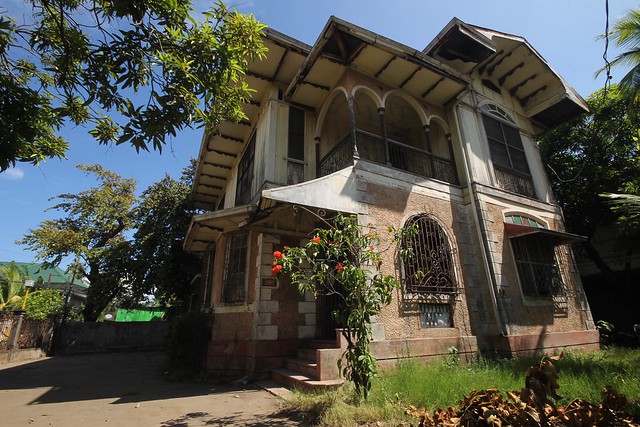 An old mansion across the Leo Martinez House belonging to a Solis family.

From the rotunda, Antorcha Street is a main drag with larger heritage houses such as the Dr. Vicencio Ramos House and Pedro Martinez House with their capiz shell windows and wrought ironwork. At the end of this street are Leo Martinez Ancestral House and Don Sixto Lopez House. The former, dated in 1935, is the ancestral house of Filipino actor, comedian and director Leo Martinez, who we saw the day before enjoying the parade during the festival. Across the Leo Martinez House is an Art Deco-style house – perhaps also dating to the 1930s – that locals attributed to a certain Solis family who moved to Manila. 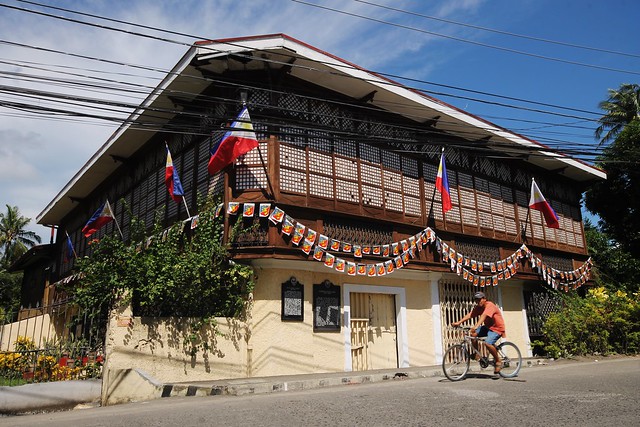 Built in the 1850s, the Lopez House is the oldest in Balayan.

Also called the Casa Grande or “Big House”, the Lopez House was built in the 1850s – the oldest surviving house in Balayan. It is the birth place of two wealthy patriots. One of the richest men in Balayan, Don Sixto Castelo Lopez (1863-1947) was also a revolutionary propagandist and friend of national hero Dr. Jose Rizal. He refused to pledge allegiance to the Spanish and American colonial governments, and was later exiled to the United States for 25 years. Also commemorated by a historical marker, Clemencia Castelo Lopez (1872-1963) was the younger sister of Sixto who lobbied in the United States against the American occupation in the Philippines. She later became one of the founders of Asociacion Feminista Filipina, the first women’s club in the Philippines established in 1905, sparking the feminist movement in the country.

Looking for a place to eat after all that exploring? Here are the best restaurants in town:

Located at 117 Fe St, Chez Deo Ristorante Italiano @Gliceria is an authentic-tasting Italian restaurant housed in a colonial mansion. We had generous servings of pasta like vongole, mare monte and cozze e gamberoni at PHP 200 to 220, and brick oven-baked pizza in quatro formaggi (four cheese) and tutte le carne (all meat) flavors for PHP 300 and 320, respectively.  Tel. +63 43 2116868 or +63 9273064774. Email: chezdeo_ristorante@yahoo.com.ph 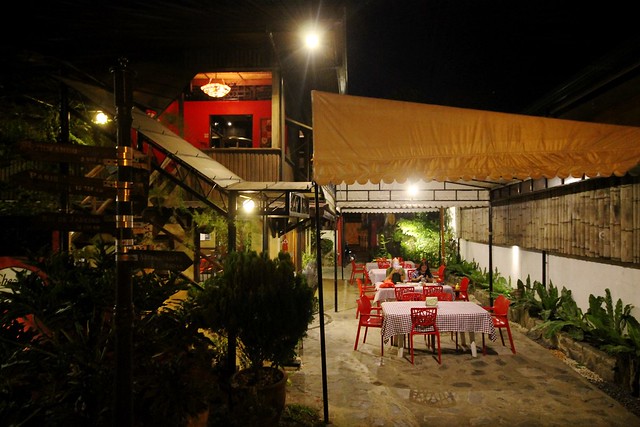 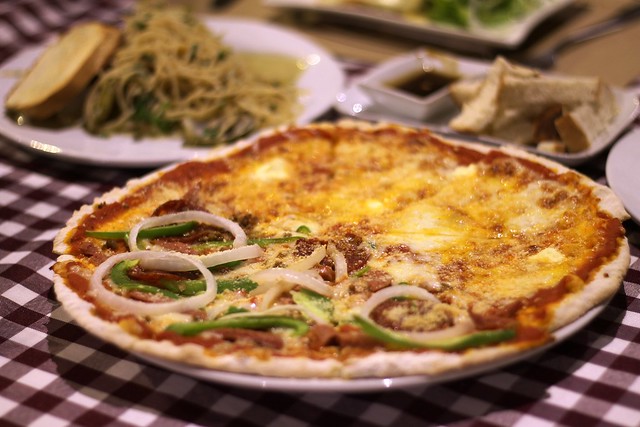 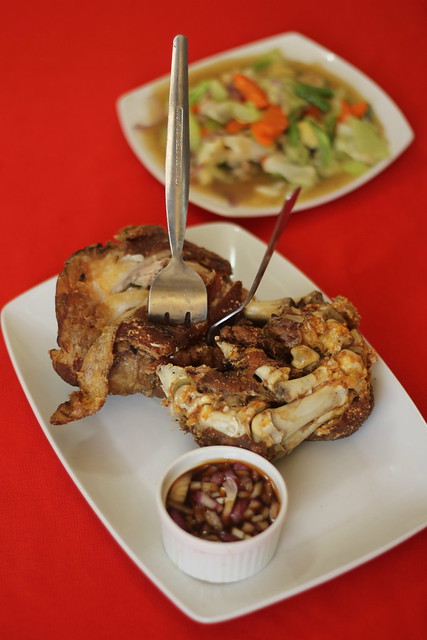 Crispy pata is the bestseller of Agot’s Bar & Restaurant. 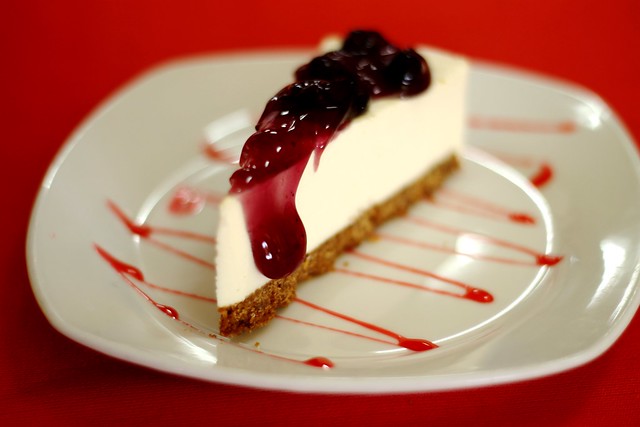 Have a slice of blueberry cheesecake for only PHP 35 at Agot’s!

For information on how to get to Balayan from Manila and where to stay, read my previous post on the Parada ng Lechon. Tricycles are the best way to explore town with short hops for only PHP 10 per person. Our two-hour tricycle tour for four persons was PHP 150, inclusive of gratuity.