Nagcarlan, Laguna: Inside the Catacombs of the Nagcarlan Underground Cemetery

My friend Ryan was in between jobs, so we went on a spontaneous road trip to celebrate his  temporary freedom from work life. Following the classic route looping around Laguna de Bay, we dropped by famous spots in the provinces of Laguna and Rizal along the way. One attraction that I’ve long wanted to revisit is the Nagcarlan Underground Cemetery, located in the eponymous town of Laguna province. I first visited this beautiful Spanish-period cemetery in 2002 during a college field trip en route to Magdalena town, but we only stopped over outside to take photos. This time, I wanted to go under – six feet under, that is – and see what it’s like inside. 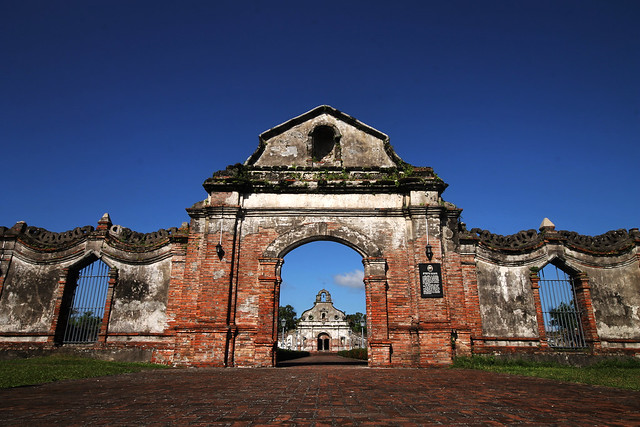 The Nagcarlan Underground Cemetery in Laguna is the only one of its kind in the Philippines.

Located right along the highway between San Pablo and Liliw, the Nagcarlan Underground Cemetery has an attractive red-bricked archway leading into a 1-hectare circular lawn. Recognized as the only underground cemetery in the Philippines, this Baroque-style Catholic graveyard was built in 1845 under the supervision of Franciscan priest Fr. Vicente Velloc as public burial site with an underground crypt for Spanish friars and prominent families of Nagcarlan. Presently, no more burials are held in the site, which has been declared a National Historical Landmark since 1973. 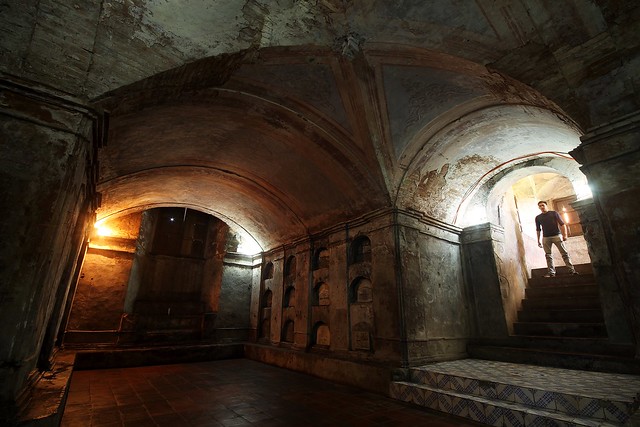 Underneath the cemetery chapel lies the catacombs where friars and wealthy people were laid to rest. 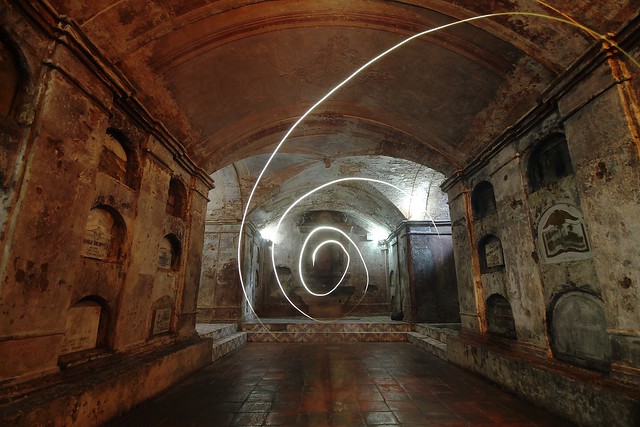 From the 18-foot archway, we walked across the lawn to the cemetery chapel. Along the octagonal perimeter wall were niches where commoners were laid to rest. The chapel was where funeral masses were held. A statue of the Santo Sepulcro (Holy Sepulcher) lays on the altar. After registering in the logbook, we continued down a flight of steps to the main feature of the cemetery: the catacomb containing 36 tombs arranged on four walls, the writing on the grave markers all faded with age.  As advised by the caretaker, flash photography was prohibited. But we had all the time to set up a tripod and take long exposures of the catacomb, even experimenting with several angles and light trails as we were the only visitors inside. 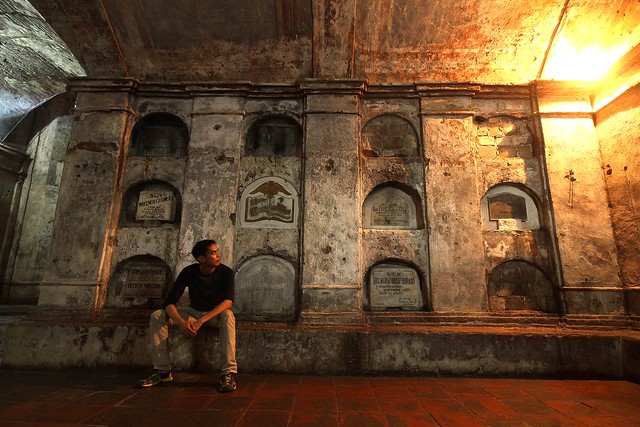 The crypt was also a secret meeting place for revolutionary leaders.

The air was damp and smelled of earth. The underground cemetery wasn’t creepy as other people have described it. I appreciate the tranquility and history of the place, imagining not the rites held here but the secret meetings held here during times of war. This unique resting place also became a nest of revolutionary fervor. During the Philippine Revolution against Spanish colonial rule, this underground crypt was used as secret meeting place from 1896 to 1897. The Pact of Biak-na-Bato, which created a truce between Spanish colonial Governor-General Fernando Primo de Rivera and the revolutionary leader Emilio Aguinaldo to end the Philippine Revolution, was also planned inside this underground cemetery. Filipino leaders also convened here during the Philippine-American War and World War II.

While the Nagcarlan Underground Cemetery can be ideally visited on a road trip around Laguna, it’s easy to commute here from Metro Manila. There are several buses bound for Batangas or Lucena at the corner of Gil Puyat Ave (Buendia Ave)-Taft Avenue or EDSA-Taft Avenue in Pasay City that can drop you off at San Pablo City, Laguna in two to three hours. From here, you can transfer to a jeepney bound for Liliw. Ask the jeepney driver to drop you off at the Underground Cemetery in Barangay Bambang, Nagcarlan.

The Nagcarlan Underground Cemetery is open Tuesdays to Saturdays from 8:30 AM to 5:00 PM. Entance is free of charge, but donations are encouraged for the maintenance of the site.  Flash photography is prohibited inside the catacombs.

I’d recommend spending the night elsewhere in Laguna like San Pablo or Pagsanjan. But if you need to stay in Nagcarlan, like we did, try Villa Gregoria Terrace Resort (Tel. +63 49 5633656), a family-oriented resort along the highway at Barangay Buboy with swimming pools, playrgrounds, concrete dinosaurs and rooms starting at PHP 1,300 for private doubles with hot shower.

2 Replies to “Nagcarlan, Laguna: Inside the Catacombs of the Nagcarlan Underground Cemetery”