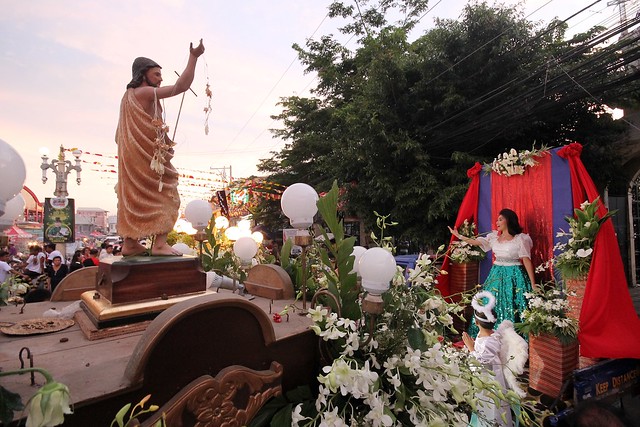 Luwa is religious declamation performed to honor the Virgin Mary or patron saints.

The Feast of St. John the Baptist is celebrated with much mayhem in Balayan, Batangas with the cultural highlight of the Parada ng Lechon, a parade of roasted pigs through the streets held on the morning of June 24th, coinciding with the traditional basaan or dousing of water. The parade ended around lunchtime. While the rest of town went to their respective homes to partake in a festive lunch, my friends and I returned to the guesthouse to catch some much-needed rest, as we had none the night before preparing for the trip, and traveling from Manila to Balayan, via Lipa and Lemery. 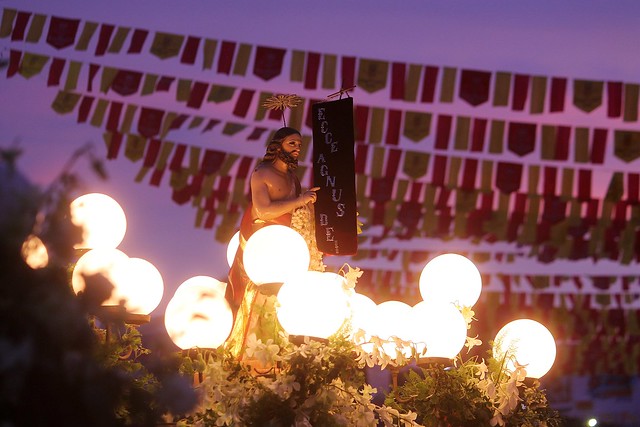 Carozzas carrying images of St. John the Baptist in front of the town church. 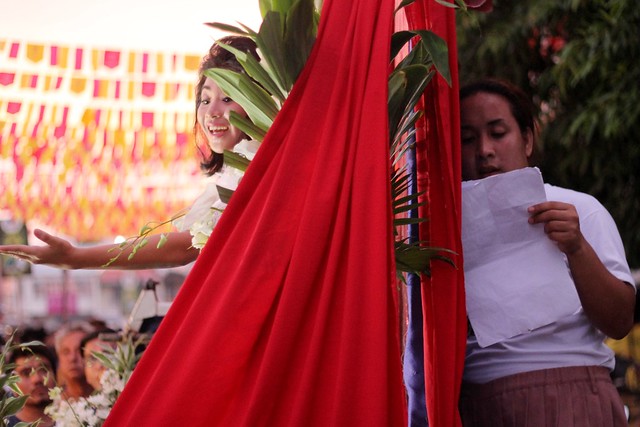 Coaches dictate the luwa verses from behind the makeshift stage.

After a restful afternoon, we woke up for sundown and made our way back to the center of town where a small crowd had gathered in front of the Immaculate Conception Parish Church. We arrived just in time to witness the pagluluwa in honor of St. John the Baptist. The luwa – also spelled lua – is a traditional poetry or declamation performed by young lads and maidens in honor of the Virgin Mary or a patron saint. This centuries-old art form is still practiced in towns during fiestas across Batangas province. A small makeshift stage was parked in front the town church next to carrozas (religious carriages) carrying images of the patron saint. They were decorated with white flowers and lit up with globular lamps. 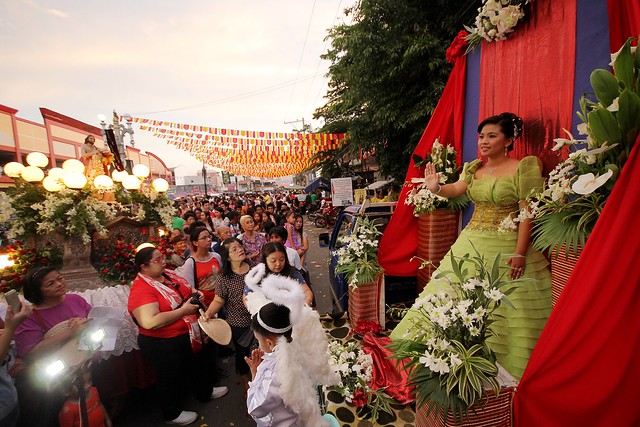 Luwa is performed to praise St. John the Baptist on his feast day. 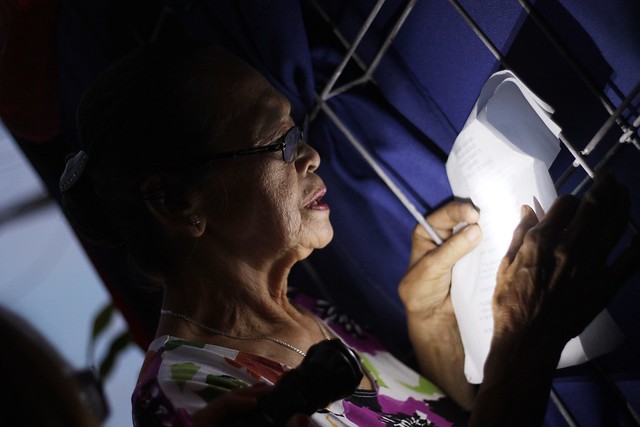 An old lady dictating the luwa verses from behind the stage.

Four young maidens dressed in gowns took turns performing luwa, while their personal coaches dictated the verses behind them through a fabric partition. The girls recited the poetic verses emphatically, gesturing with their arms, often towards the statues of San Juan.  After each performance, the maiden would take a basket of rose petals and throw them in the air. After all four had their turns on stage, firecrackers were lit in church grounds and fireworks were sent up to light up the evening sky, prompting the start of the holy procession around town. It was a beautiful experience that evoked the colonial times. Witnessing the religious aspects of the festival, especially a distinctly Tagalog tradition like the luwa, was a most delightful addition to our timely visit to Balayan. 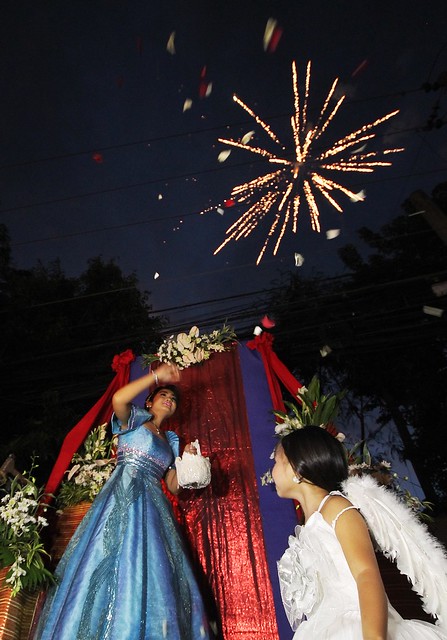 Fireworks mark the end of the luwa and the start of the procession.

For instructions on how to get to Balayan from Manila and where to stay in town, visit my previous post on the Parada ng Lechon.