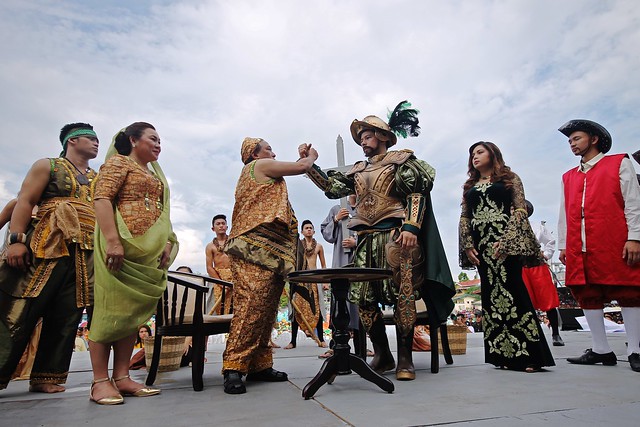 Governor Chatto and Mayor Yap as Sikatuna and Legazpi, respectively, during the Blood Compact Reenactment.

Every month of July, Tagbilaran City – the provincial capital of Bohol – rouses for a festive celebration called the Sandugo Festival, commemorating the historic sandugo or blood compact between Spanish conquistador Miguel Lopez de Legazpi and local chieftain Datu Sikatuna on March 16, 1565. A traditional way of forging alliances between pre-colonial Filipino leaders, the sandugo was executed by drawing blood from the left arm of both leaders with a dagger and adding a few drops into a cup of wine, which is finally consumed by both parties. A tableau of this historic event is immortalized at the Blood Compact Shrine by National Artist Napoleon Abueva – a popular stopover on the standard tourist circuit around southwestern Bohol. 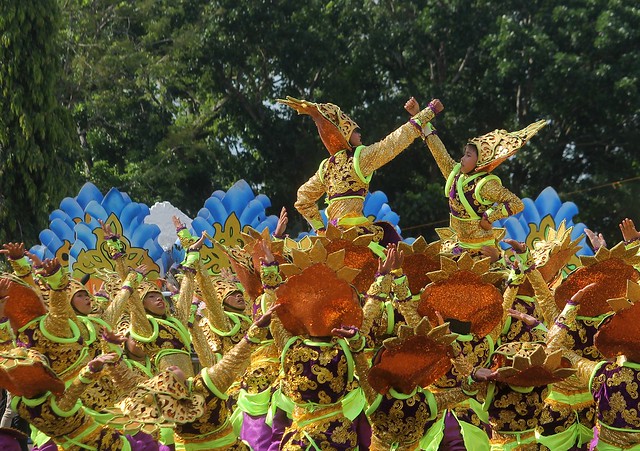 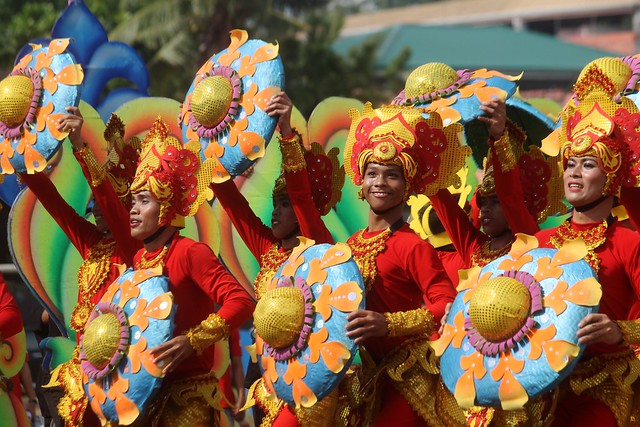 Bohol’s sandugo is considered as the first international treaty of friendship in the Philippines. To formally open the street dancing competition held last July 26, a reenactment of the historical event was performed by no less than Governor Edgar Chatto and Tagbilaran Mayor Baba Yap playing Sikatuna and Legazpi, respectively. I was able to attend this year’s festival courtesy of a media tour arranged by the Bohol Provincial Tourism Office, AirAsia and Henann Resort Alona Beach – the newest and largest luxury resort in Bohol! (Read about my three-night resort experience here.) Among the participants of the tour were bloggers Jonel of Seats for Two, Marjorie of Woman in Digital, Chuckie of ChuckieDreyfus.ph, Aileen of The Tummy Traveler and Monette of Out of Town Blog. 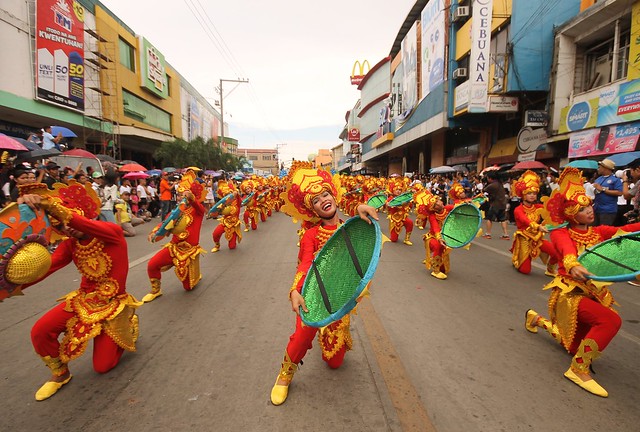 The street dancing parade flows through the main streets of Tagbilaran City. 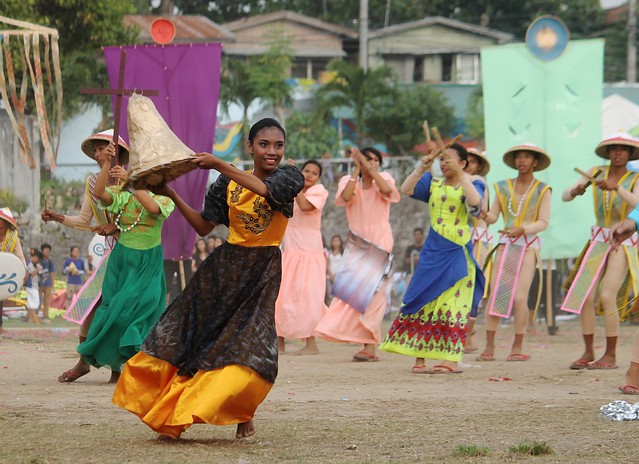 The Baclayon contingent features their famous town church and dancers in folksy attire.

Several activities are held throughout the month-long festival, including beauty pageants, song festivals, street parties and cultural and variety shows. Of course, the highlight of the Sandugo Festival was the street dancing. As a media guest, I had all-access coverage of the parade, getting to observe and shoot along the route and at the CPG Sports Complex Grandstand, where all eight contingents performed their finale to cheering crowd of thousands who rooted for their own groups. 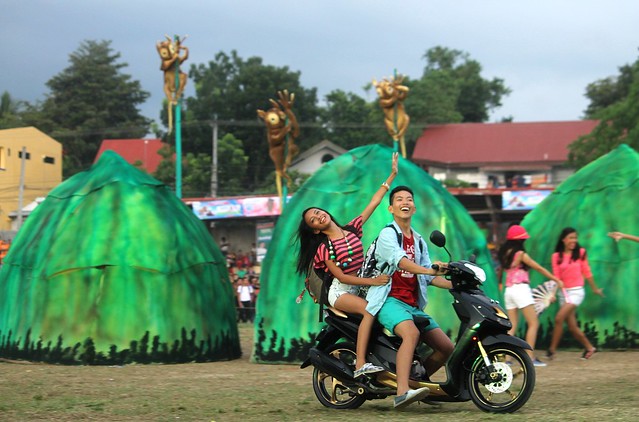 Interestingly, the street dancing also incorporated the tourist attractions and livelihood of their hometowns. The Baclayon contingent featured their famous namesake church as a backdrop, while the Tagbilaran City contingent showcased the province’s iconic tourist draws, such as the Chocolate Hills, Philippine Tarsier and Loboc River Cruise. The dancers were garbed in multi-colored folk and mardi gras-style costumes. Naturally, all the dance groups featured the reenactment of the sandugo as a preamble or climax to their energetic performance. The winning contingents were from Bohol Island State University (BISU), Tagbilaran City and Baclayon.