With the Philippine eagle as its company logo, Cebu Pacific makes a fitting commitment to conserve one of the most remarkable and critically endangered bird species in the world. Last October 16, the country’s largest airline formally announced its adoption of “Mindanao”, a 13-year-old Philippine eagle at the Philippine Eagle Foundation (PEF) in Brgy. Malagos, Baguio District, Davao City. For five years, Cebu Pacific will provide food and necessary veterinary care for Mindanao, strengthening the airline’s commitment on environmental conservation issues in line with other initiatives like Bright Skies for EveryJuan campaign in partnership with the World Wildlife Fund (WWF), which benefits two of the country’s great coral reefs – the Tubbataha and Apo Reefs. 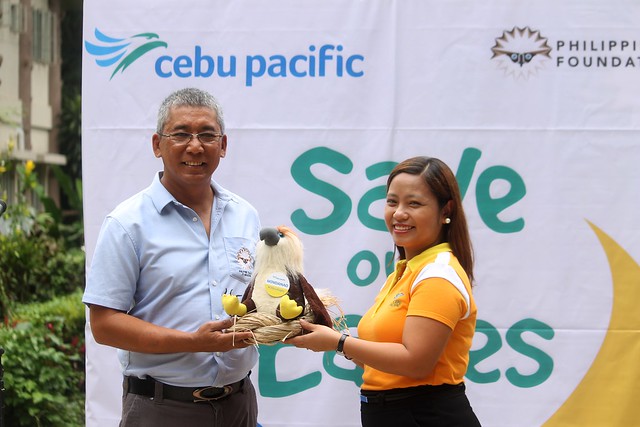 Cebu Pacific takes Philippine eagle “Mindanao” under its wings for the next five years.

Born on December 10, 2001 through PEF’s captive breeding program, Mindanao was raised through hand and puppet rearing. Relatively approachable, he has grown to be the only bird in the center who does not shy away from people who may come as close as two meters away. This relatively approachable nature has made Mindanao the perfect ambassador for education, inspiring both locals and visitors of the Philippine Eagle Center to learn more of its kind, helping raise awareness of the delicate situation these unique and magnificent animals are in. 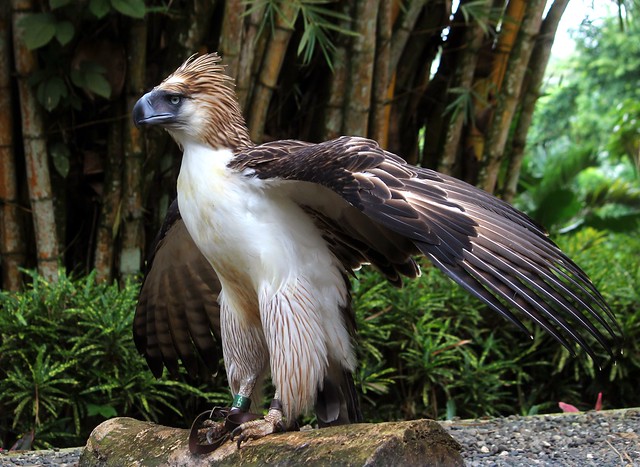 Why do we need to save the Philippine eagle? Deforestation and hunting continue to be the main threats to the survival of this species, which number only 340 pairs left in the wild. Philippine eagles are still being shot or captured despite the presence of laws protecting them. Very often, they are killed without provocation, and mostly out of fear or ignorance, or, worse, just for sport. At least one Philippine eagle is killed every year because of shooting. Last August, Pamana, a three-year-old Philippine eagle released into the wild on June 12, Philippine Independence Day, was found dead with a bullet hole in her right breast in Mount Hamiguitan, a newly declared UNESCO World Heritage Site (Read more here).

Share your love for the Philippine eagle with this hashtag! 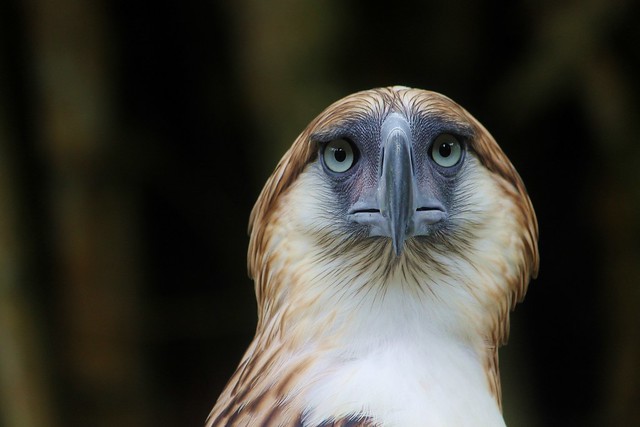 Mindanao and his kind really needs your help. Donate, adopt or volunteer today.

Each mated pair of eagles requires 7,000 to 13,000 hectares of forest territory to survive, making the species highly vulnerable to deforestation. Tragically, the Philippines is the fourth most threatened forest hotspot in the world, owing to its “megadiversity” threatened by mega deforestation. UN FAO  (Food and Agriculture Association) estimated that forest cover in the Philippines declined by an average of about 54,750 hectares per year between 1990 and 2010. According to a report issued by Conservation International, only seven percent of Philippine forests remain intact.

Despite the long-standing obstacles to wildlife conservation in the Philippines, the call for combined efforts to help the Philippine eagle spread its wings once again remains. Every Juan can do more. You can join the cause: donate, adopt or volunteer.