Science and religion don’t always see eye to eye but at the 3.2 hectare Baguio Eco Park – located along the Marcos Highway just outside Baguio City – two mini theme parks comfortably sit side-by-side bringing to life prehistory and the stories of the Bible.

Popular with pilgrims especially during Holy Week, Holy Land is a Christian theme park featuring dioramas of scenes taken from the Old and New Testaments of the Bible. There were a few dioramas that included interactive features such as the parting of the Red Sea and the opening of Jesus’ tomb. The most dramatic tableau was the crucifixion, where the nearby fog-capped mountain served as a moody backdrop. There’s also a small labyrinth you have to pass through at the Egyptian pharaoh’s temple. Perhaps due to the low tourist season, the mannequins looked unkempt and disheveled.  There were also no souvenir vendors at sections of the park designated as lively market places. I suppose this theme park would be better to visit during the peak season when it’s much livelier and well maintained. 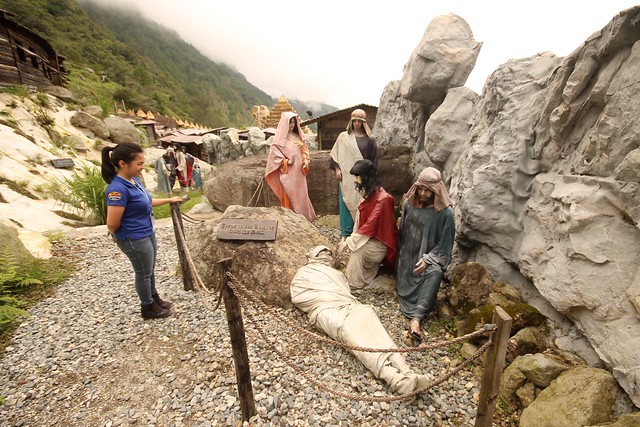 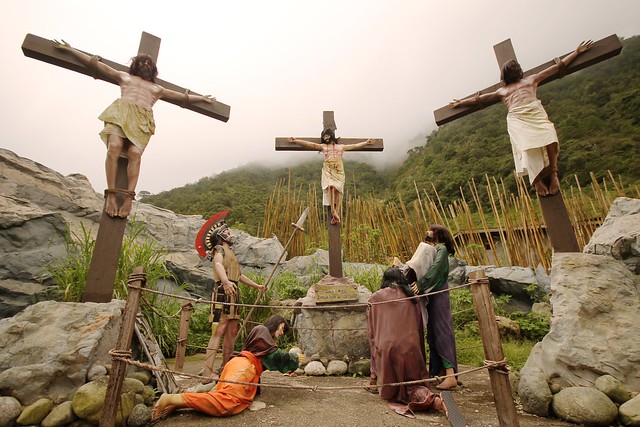 Growing up, I wanted to be a paleontologist and study dinosaurs. So I was naturally excited to tour the other section of Baguio Eco Park,  Dinosaurs Island! This open-air theme park is built along a woodsy slope of the eco-park which occupies a roadside valley. Along the trail, there are life-size replicas of dinosaurs that actually move! Motion sensors placed along the trail triggered their sounds and movement.  The carnivorous dinosaurs like Albertosaurus and Tyrannosaurus rex were a terrifying sight. I can imagine them giving small children a most frightful scare. Each of the dinosaur models comes with an informative  plaque outlining the scientific name, statistics and lifestyle of these prehistoric behemoths. 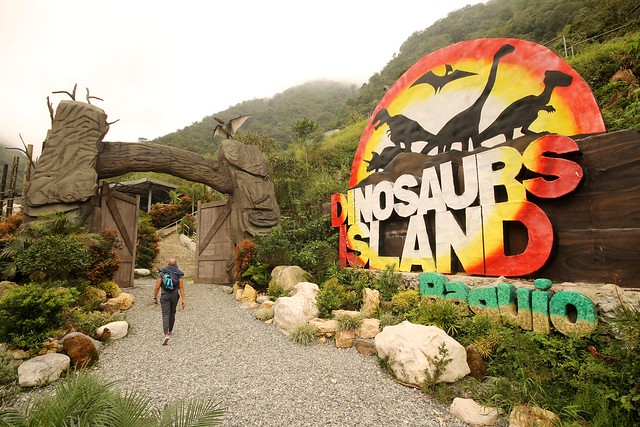 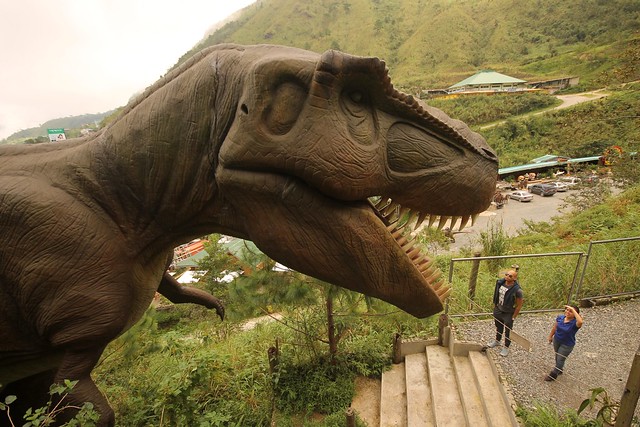 Besides the animatronic dinos, there are whimsical surprises along the trail like the giant dinosaur eggs you can pose in to have your picture taken as a dino hatchling and the outdoor toilets shaped like a pair of giant dinosaur eggs. My only disappointment with Dinosaurs Island is that it didn’t feature iconic plant-eaters like triceratops and stegosaurus, the latter being my favorite dinosaur as a kid. The trail ends at an open-air amphitheater for an even more surprising finale – dancing dinosaurs! Interestingly, the realistic dinosaur costumes worn by the dancers are locally made and each weighs as much as a sack of rice! Check out my Instagram video busting some nae nae dance moves with a groovy velociraptor and dilophosaurus:

Get the chance to win four (4) tickets to Holy Land and Dinosaurs Island at Baguio Eco-Park by joining the raffle below! Open to residents of the Philippines only. Deadline: October 22, 2015. a Rafflecopter giveaway