SkyJet Airlines: The Fast and Reliable Way to Fly from Manila to Batanes! 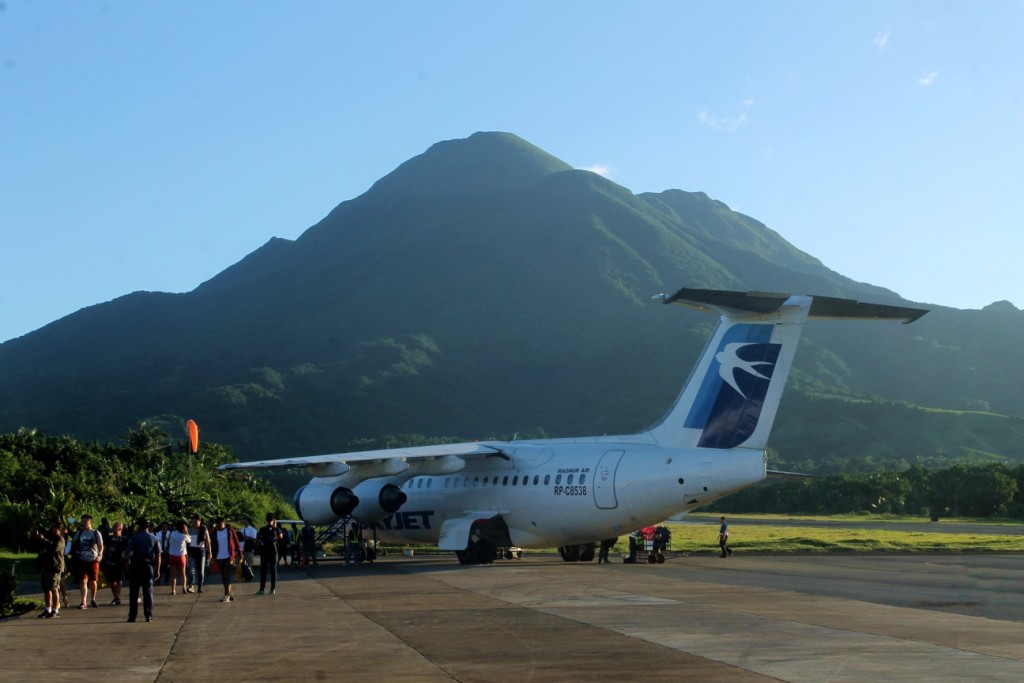 My first trip to Batanes in 2012 was a media tour sponsored by the newly launched SkyJet Airlines. I enjoyed my flight with them before, admiring the speed of their jet-powered planes and the professionalism and hospitality of their staff, so I was looking forward to flying with them again on a recent media tour with Transitions Lenses.

My experience this time around wasn’t so good upon check-in, as the SkyJet counter at NAIA Terminal 4 was manned by an aloof and unfriendly staff member who attended to me like a robot. There was no warmth or welcoming demeanor at all, which was discouraging when you check in for a flight at 4:00 in the morning!  For an airline that markets itself as a “boutique airline” there was nothing special or personalized about their customer service, which was even worse than most of my check-in experiences with popular budget airlines like Cebu Pacific or AirAsia. 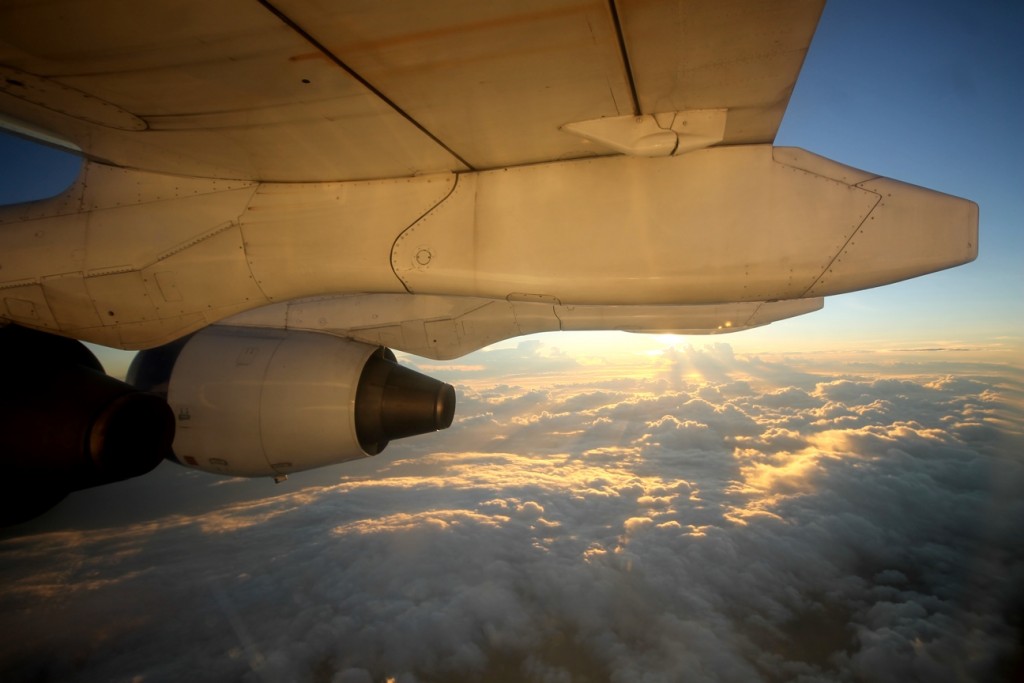 The check-in personnel were unreasonably strict with the hand-carry allowance of 5 kg, charging me for the extra weight of my bag which contained my laptop, two cameras and camera accessories . Other airlines are lenient when it comes to hand-carry items that cannot be otherwise checked-in like gadgets. I was initially charged PHP 1,200 for a single hand-carry bag, which I refused to pay without talking the manager who frustratingly turned up late for her post.  After the manager intervened, the penalty was adjusted to PHP 600, which I was obliged to pay so I can take my flight.

SkyJet Airlines’ standout feature is its fleet. Their planes are BAE-146 series 100 aircraft, the British Aerospace-manufactured four-engine aircraft of choice of the British Royal Family. There jet planes can accommodate up to 80 passengers. Powered by jet engines, their sleek aircraft noticeably takes faster to take off and land. Fortunately, upon boarding, the cheerful flight attendants fared much better than the ground staff  in making me feel welcomed on the flight. A slice of Goldilocks cake and bottled water were the free snacks provided. 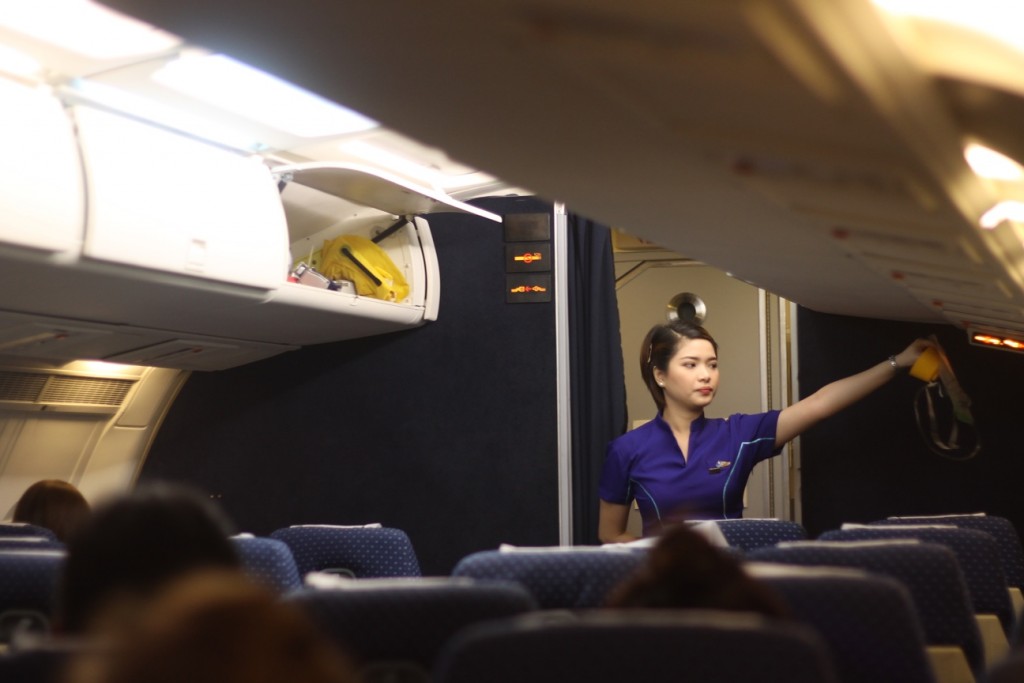 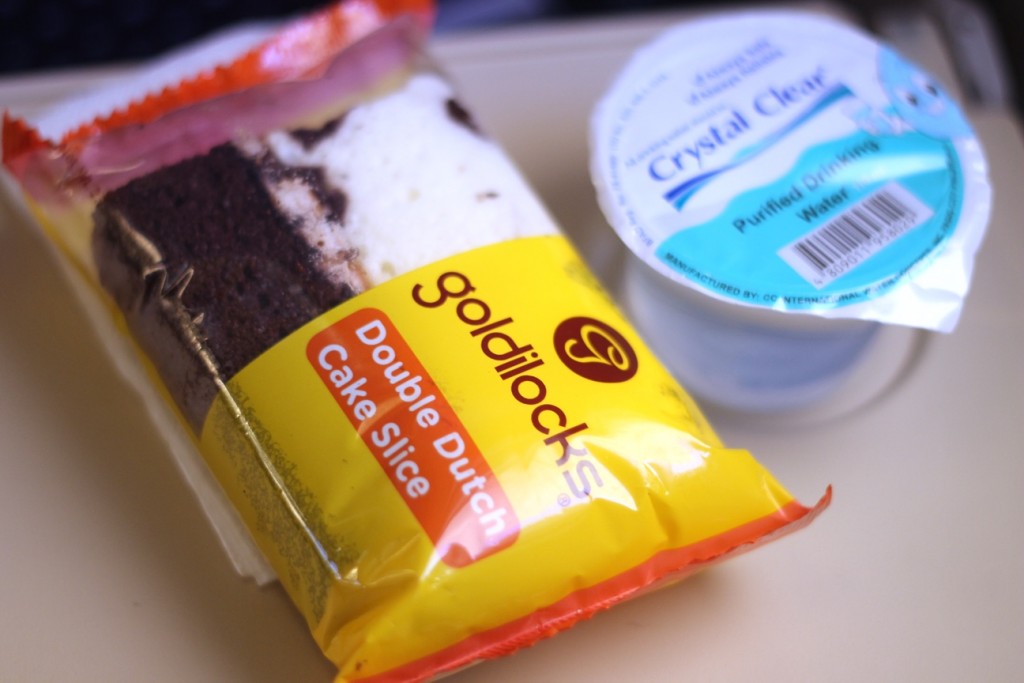 What I liked the most of about SkyJet’s plane was that windows were positioned below the wings, thereby offering great views for everyone seated by the window. The 6:00 AM flight to Basco afforded fantastic views of the rising sun breaking through the clouds in the horizon, and upon approaching our destination there were impressive views of the rugged and windswept terrain of these remote islands. It’s frustrating that I couldn’t take crisp photos of the views outside though since most of the windows on the plane have deep scratches. While the jet plane’s design looks remarking, its interior furnishings and exterior shell looks worn. The unit needs to be refurbished to make it look fresh and smart again. I also think the safety cards also need to be replaced since the illustrations are poorly sketched, looking like a child’s drawings. 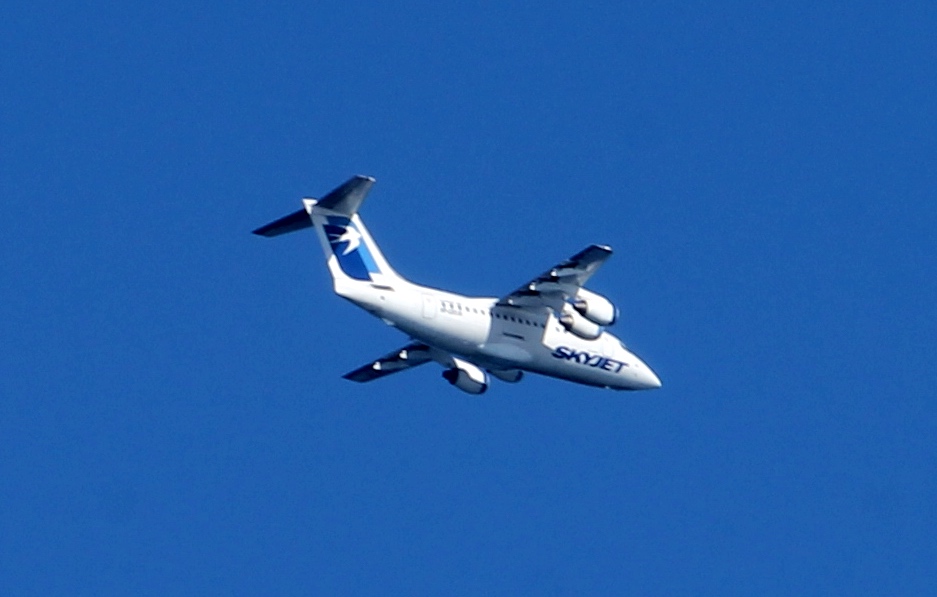 The SkyJet flight from Manila to Basco took only one hour and fifteen minutes, as scheduled – that’s 15 minutes less than the turboprop flights of Philippine Airlines! Moreover, the jet-powered plane also provided a smoother flight which can manage the gale winds the Batanes isles are notoriously known for. Even during rough weather conditions, SkyJet’s powerful aircraft provides a more reliable service between Manila and Basco compared to other turboprop planes also servicing this route.

While SkyJet is undoubtedly the faster and more reliable way to get to Batanes, their customer service (especially during check-in at NAIA Terminal 4), worn-out fleet and inflight add-ons leaves much to be desired, especially when they position themselves as a “boutique airline” and charge a premium (more than PHP 20,000) for a return flight to Basco.

SkyJet Airlines flies four times a week – every Monday, Wednesday, Friday and Sunday – from Manila to Basco. Book your flights at their website!

3 Replies to “SkyJet Airlines: The Fast and Reliable Way to Fly from Manila to Batanes!”