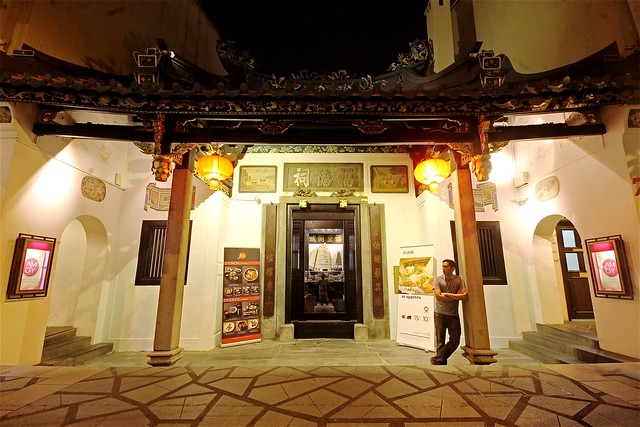 One thing I love about Singapore is that while it’s bent on becoming one of the world’s most modern cities, it doesn’t forgo its cultural and historical roots. AMOY Hotel by Far East Hospitality is reflective of this mindset. Named after the old name and dialect of Xiamen, it’s a stylish boutique hotel located at the heart of  Chinatown just outside the Telok Ayer MRT Station, making it a premier home base for either exploring the attractions of this historic area, if you’re a tourist, or engaging in meetings, office visits or conferences, if you’re a business traveler, thanks to its proximity to the central business district. 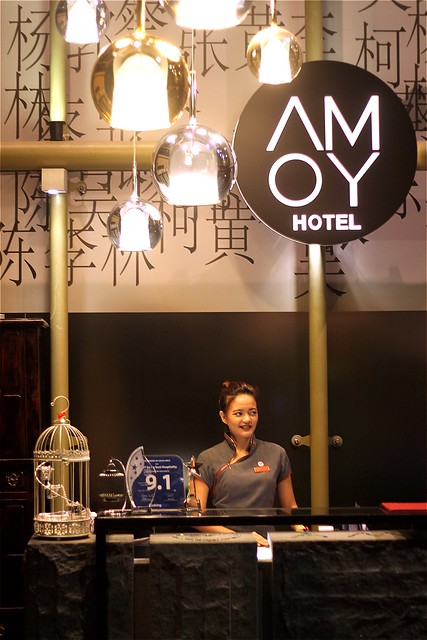 The hotel’s courteous and attentive staff made my stay all the more pleasant. 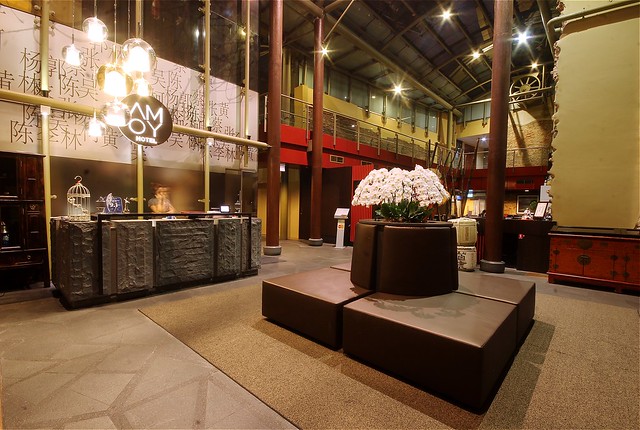 The lobby and Japanese restaurant reflects the hotel’s old-meets-new aesthetics.

Staying in AMOY meant surrounding yourself with the country’s history and culture. Fuk Tak Chi Temple – the country’s oldest Chinese temple restored as a free museum since 1998 – serves as the main entry point to the hotel lobby and a redbrick Japanese restaurant. This small temple was originally a shrine dedicated to the Chinese deity, Tua Pek Kong, who is worshipped by Confucianists and Taoists. Set up between 1820 and 1824 by Cantonese and Hakka immigrants, this was where many Chinese immigrants gave thanks for their safe journey to Singapore. Behind the temple museum, the hotel itself located within refurbished century-old shophouses which also houses offices and dining outlets in a multi-use complex called Far East Square, which can be accessed through a corridor flanked with murals of traditional life in Old Chinatown.

The staff was as pleasant as the hotel’s surroundings. Their courteousness and attentiveness made my stay smooth and enjoyable from check-in to check-out. So it’s no surprise that AMOY has been awarded the TripAdvisor 2016 Traveller’s Choice Awards for “Top Hotel in Singapore” and “Best Hotel for Service in Singapore”. 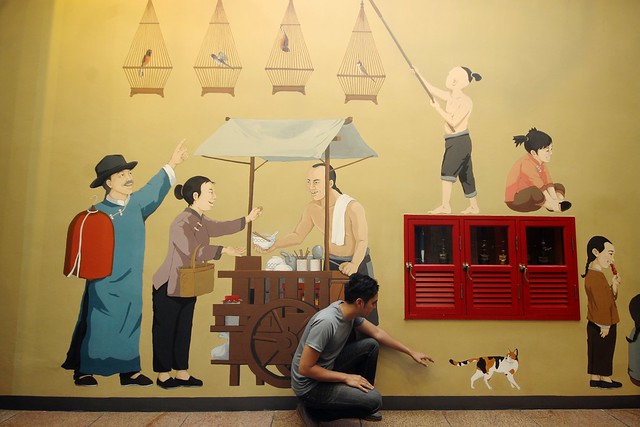 While the hotel has no facilities of large luxury hotels like a gym, spa and swimming pool, AMOY focuses on delivering a designer hotel experience which draws inspiration from the country’s Chinese heritage. My deluxe double room was modern with Chinese touches like the hand-painted ceramic sink and room dividers that look like traditional folding screens. I loved the wooden flooring of the shower area. The shuttered windows opened to a view of the next-door multi-use complex of Far East Square. These traditional touches made their modern and streamlined rooms warm and inviting. 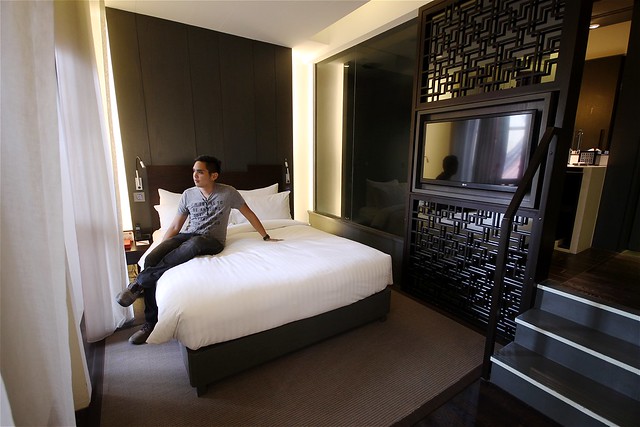 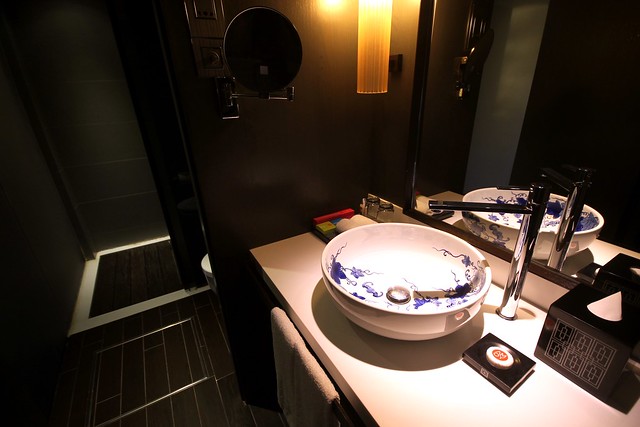 Elegant wash, toilet and shower areas… I like the ceramic sink!

Rooms come with breakfast at JIN Fine Dining, the Japanese restaurant next the lobby area. The breakfast buffet obviously didn’t have the variety of larger hotels, but each dish was simple, delicious and, interestingly, reflective of Singapore’s multicultural makeup. There was standard Western fare, as well as Chinese and Indian dishes like char siu bao (meat buns) and roti canai (flatbread). There are more dining options, including several restaurants and coffee shops, at the adjacent Far East Square, refurbished from a collection of 170-year-old shophouses. 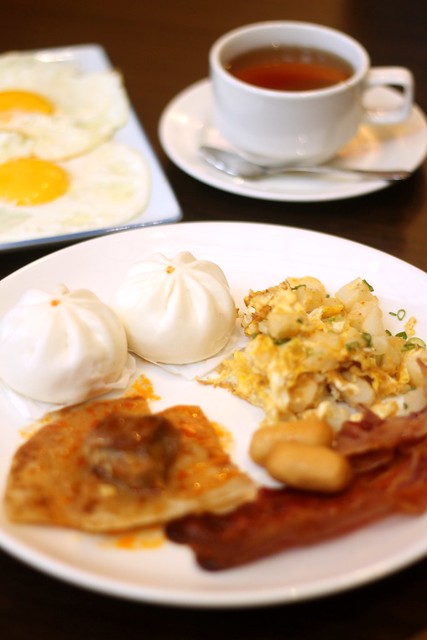 Take the train to Telok Ayer MRT Station along the Downtown Line (Blue). Exit B to reach the hotel.