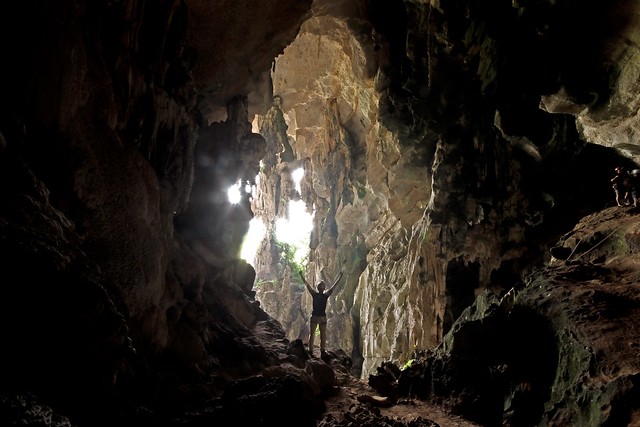 Gua Kandu is a multi-chambered cave inside a limestone karst outcrop in Gopeng, Perak.

I’ve visited Gopeng before, a sleepy historic settlement that was once a mining boomtown. Little did I know that the place had more exciting things to offer in its hinterlands through a second familiarization tour. Through the professional tour company Nomad Adventure – one of the best in Malaysia established in 1994 – we got to take on a challenging caving experience through Gua Kandu (Kandu Cave).

Located inside one of the many karst outcrops across the Kinta Valley, Gua Kandu is a multi-leveled and multi-chambered cave ideal for advanced caving activities. It is located near the more popular Tempurung Cave. We walked into the cavern all geared up with helmets and harnesses. Unlike most other caves I’ve been to, Gua Kandu was dry and dusty – perhaps brought about by the intense heat of the season. One of the first things we noticed were graffiti left behind by Communist rebels who used the cave as a hideout. Even earlier, the Japanese also resided here during World War II. 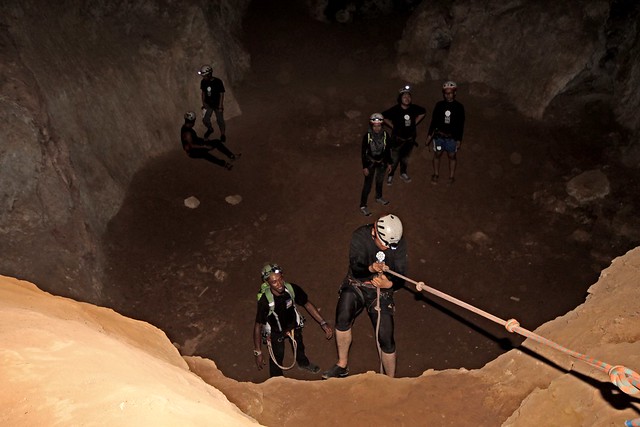 The multi-leveled cave required some rappelling! 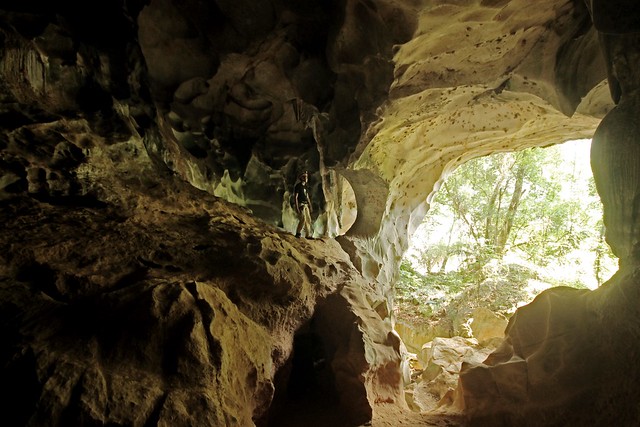 One of the beautiful chambers of Gua Kandu.

The trail started off easy but soon became challenging when we duck-walked then reached an opening which we had to rappel down.  We reached a large cavern near the exit, which had a curious stalagmite formation which according to legend was a local boy who disappeared into the cave and turned to stone. The child was called Kandu, which later became the name of the cave as well. 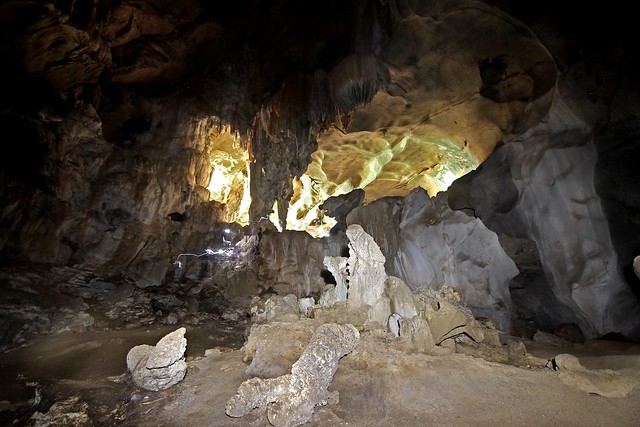 This stalagmite formation is believed to be Kandu, the local boy who disappeared in the cave many years ago. 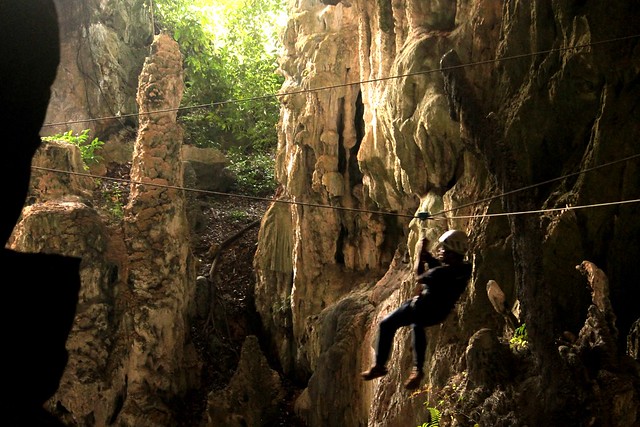 The most thrilling way to exit the cave is to take the 20-meter flying fox then climb down the karst outcrop via ferrata!

Just when we thought the adventure couldn’t get any better, we reached the final chamber where we had to launch ourselves from a 20-meter high cliff on a 100-meter-long flying fox to another ledge on the side of the limestone outcrop. During my turn, I got stuck halfway through the zipline which was terrifying but wonderful at the same time, as it afforded me more time to marvel at the cave chamber around me.

The adrenaline started even pumping more when you make the final descent back to the cave entrance. From here, the fastest way down was climbing down the vertical cliff face via feratta, successively securing our carabiners along a metal cable fastened along the rock face. I sighed in relief when I reached the steel tower which had steps leading down to ground level, but victorious at the same time at having successfully completed all the challenges on the five-hour caving adventure!

Guided caving tours at Gua Kandu with Nomad Adventure are MYR 60 per person for a group of ten. For bookings and inquiries, visit there website.

This blog post was made possible through Perak World of Wonders, a media tour held last March 23 to 26, 2016. The event was organized by Gaya Travel Magazine and Tourism Perak in celebration of “Visit Perak Year 2017.” 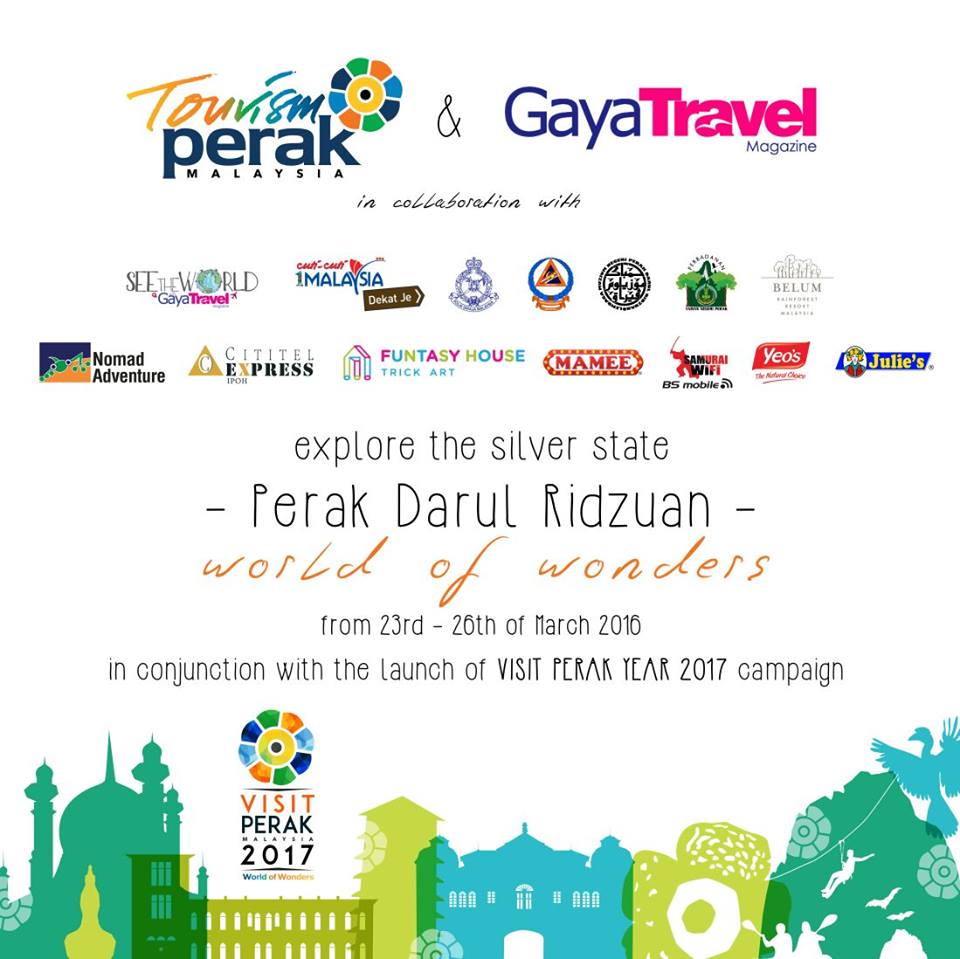