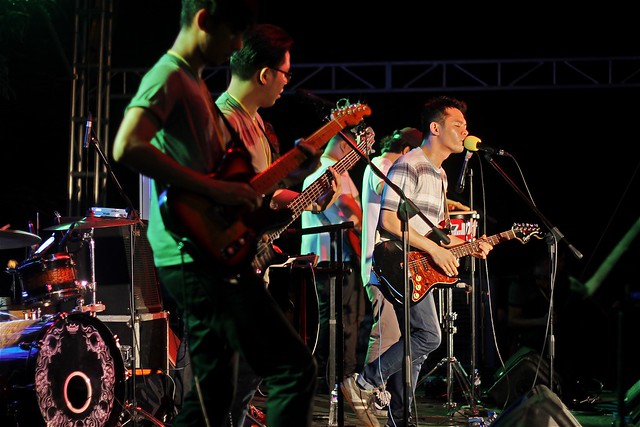 Jensen and the Flips performs at Fête de la Musique in Intramural, Manila.

After a successful first-half run at A Venue Mall and Greenbelt 3 in Makati City last June 18, the Philippines’ 22nd Fête de la Musique – an annual festival of music celebrated worldwide – capped off with the second half of the celebration last night, June 23, within the historic walls of Intramuros, Manila. It was a modest, intimate – and almost romantic – affair, as the venue was held at the gardens of Puerta Real along the southern edge of the walled city. Capiz shell lamps hung from the trees and a general mood of chilled-out, beer-in-hand sobriety dominated the night as the crowd – composed mostly of students from Manila’s universities – lounged on the grass listening to the bands performing on the outdoor stage. The line-up included indie pop/rock performances from Square One, Banna Harbera, Hoochie Coochie Mikkie, Jensen & The Flips, Yolanda Moon and Giniling Festival. 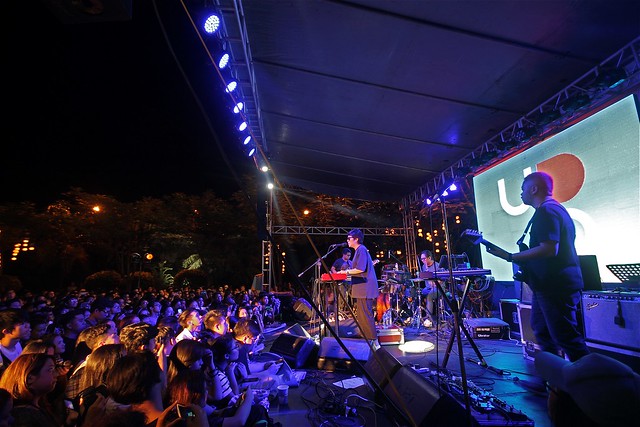 Indie band Up Dharma Down takes the stage. 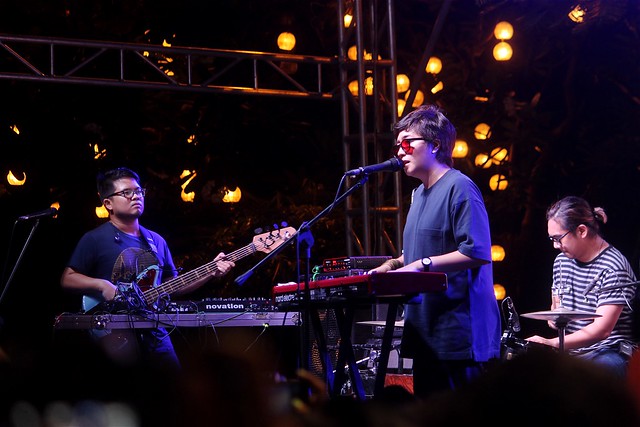 Up Dharma Down was the most awaited band of the night.

The outdoor concert culminated with indie band Up Dharma Down – a regular act of the festival and most definitely the most awaited band of the night. I was excited, too, as I haven’t watched them perform live since the Summer Siren Beach Festival two years ago. The crowd quickly gravitated to the stage and tuned in to their performance, singing their hearts out with emotional hits like Oo, Sana, Indak, and their most popular tune Tadhana; and nodding their heads to the groove of lesser-known upbeat tunes like All The Good Things. As always, lead singer Armi Millare  – a schoolmate of mine in university, together with bassist Paul Yap – captivated the crowd with heart-rending vocals that erupted from her calm and collected demeanor. Dressed in an oversized black tee and red circular specs, she channeled the cool of Yoko Ono and John Lennon. It was a wonderful finale for another successful Fête de la Musique in the Philippine capital! 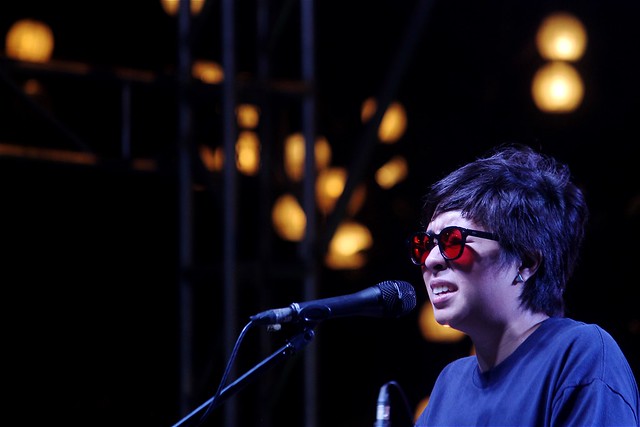 Up Dharma Down vocalist Armi Millare belts out crowd favorites like ‘Oo’, ‘Tadhana’, ‘Sana’ and ‘Indak’. 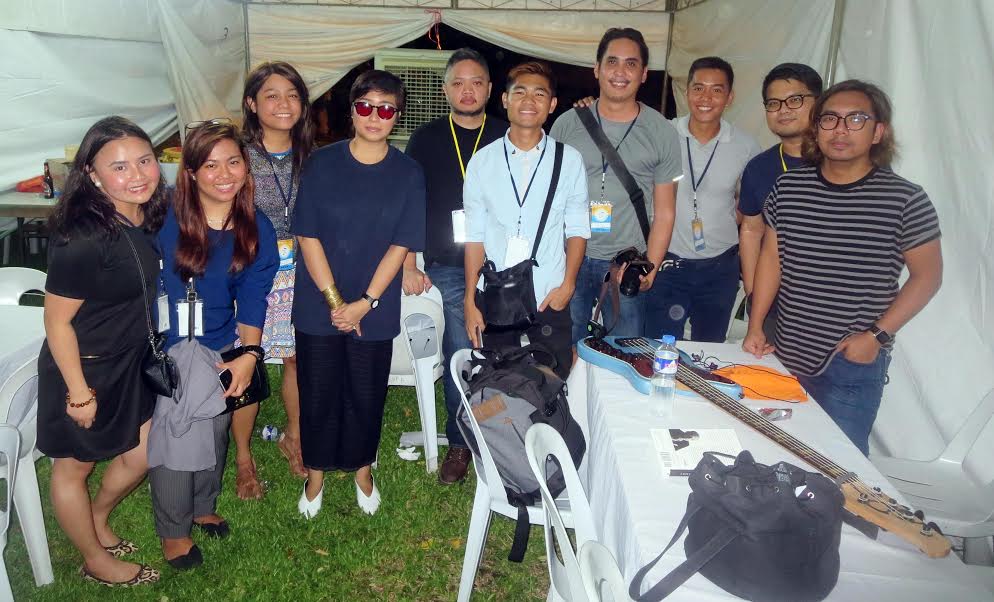 Meeting Up Dharma Down backstage with fellow bloggers Gelo, Sabu and Jerny and Joma and Abigail of Tourism Promotions Board – Philippines. =)

In the spirit of the French ideals of liberty, equality and brotherhood, Fête de la Musique is a worldwide celebration of world music, typically held on June 21 during the summer solstice. Today, the festival is celebrated in more than 120 countries around the world, including the Philippines where it has been held annually for the past 22 years. Fête de la Musique is locally organized by Alliance Française Manille, The Embassy of France and the Tourism Promotions Board of the Philippines.

Thank you, Tourism Promotions Board (TPB) – Philippines, for inviting me to the event!