Is that a pig? An elephant? A panda?

No, it’s a Malayan tapir! Named after a bordering river, the Sungai Dusun Wildlife Conservation Center (Pusat Konservasi Hidupan Liar Sungai Dusun) in Kuala Kubu Bharu – located 120 km north of Kuala Lumpur – was established in 1964 as a conservation program for the Sumatran rhinoceros. Today, the reserve houses the Malayan Tapir Conservation Centre (MTCC), which cares for a dozen of these adorable animals. It’s an excellent place to see these unique forest animals with their rotund bodies and probing noses. 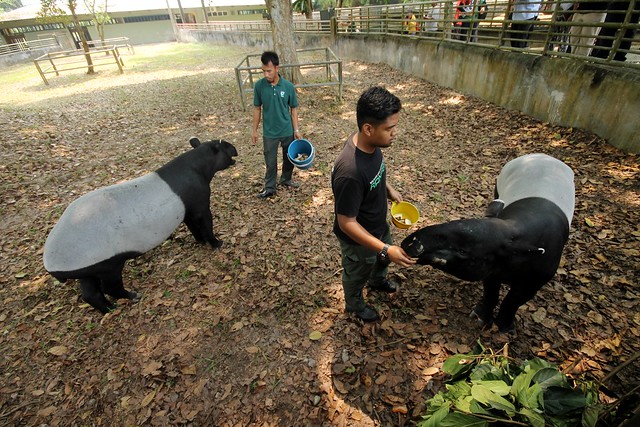 The Malayan tapir (Tapirus indicus; also known as the Asian tapir) is the largest of the five species of tapirs in the world and the only one native to Asia. Tapirs are related to horses and rhinoceroses. The Malayan tapir can grow to more than 300 kilograms in weight, and because of their large size have a few natural predators – even killings by tigers are rare. An endangered species with a decreasing population, these gentle, curious-looking creatures are chiefly threatened by human activity, including deforestation for agricultural purposes, flooding caused by the damming of rivers for hydroelectric projects, and illegal wildlife trade. 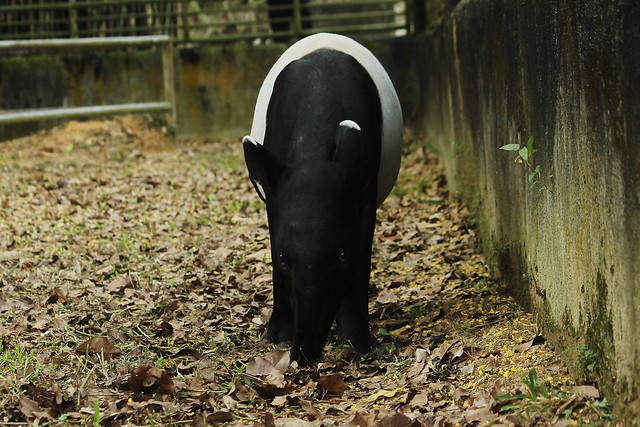 I was thrilled seeing Malayan tapirs for the first time, and having the privilege to see them up close. We had the special opportunity to enter the enclosure to interact with young tapirs. We were feeding the papaya and yam – apparently their favorite food. Having been bred in captivity, the young animals we encountered were comfortable around humans. However, tapirs in the wild are extremely shy, relying on their acute sense smell and hearing to avoid predators. Because of their timid nature, wild tapirs have only been filmed on a few occasions.

Apart from tapirs, the wildlife reserve also breeds false gharial (also known as Malayan gharial), slow loris, and Malayan porcupine with the aim of reintroducing them back to Sungai Dusun Wildlife Reserve or other natural areas where the species have become depleted. 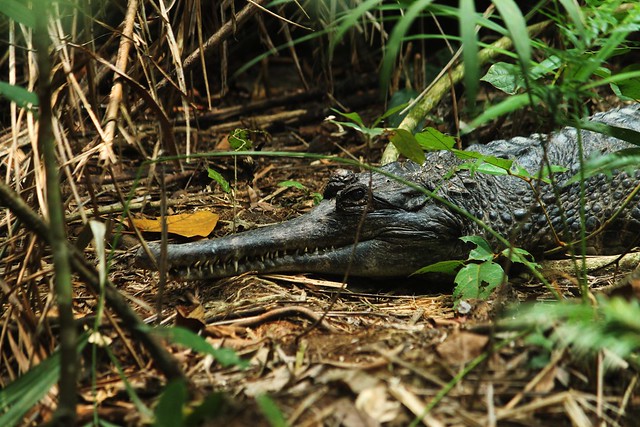 The wildlife reserve also breeds other endangered animals like the false gharial.

This blog post was made possible through Eat Travel Write Selangor 3.0 International Culinary Adventure, a media tour held last April 21 to 24, 2016. The event was organized by Gaya Travel Magazine and Tourism Selangor.