Here are six incredible things you should experience when you visit this wonderful forest reserve at the heart of Peninsular Malaysia: 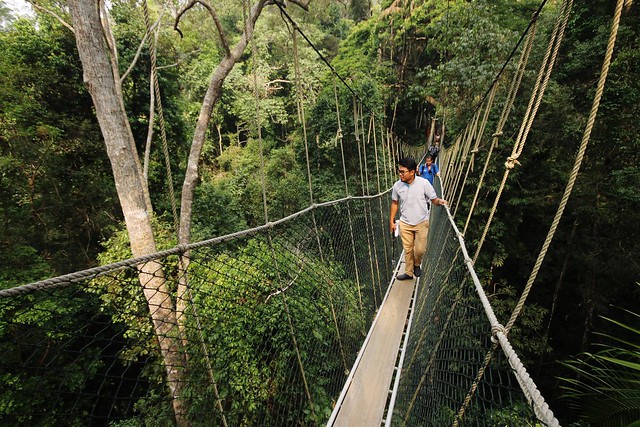 From the premier bungalow resort of Mutiara Taman Negara – the best place to stay at Taman Negara for its three-star amenities and central location – hiking trails lead away deeper into the forest, culminating with the world’s longest canopy walk, which runs more than 500 meters long across the rainforest canopy. They say you haven’t been to Taman Negara, if you haven’t traversed this thrilling pathway suspended 45 meters high up through dense tropical trees. Watch out for long-tailed macaques and a variety of birdlife! 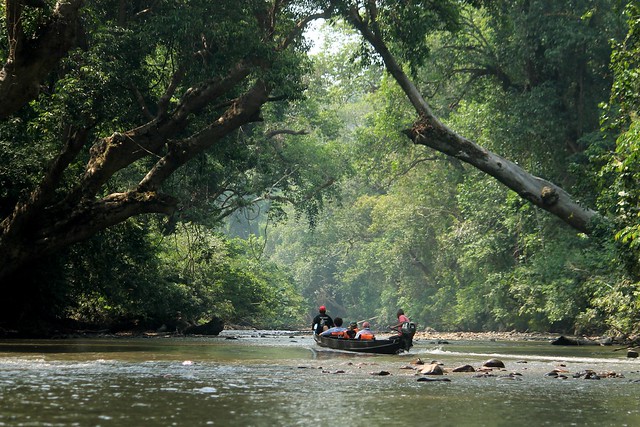 Take a scenic river cruise through an ancient rainforest.

Motorized canoes shuttle visitors away from the gateway village of Kuala Tahan into the tourist attractions located deeper in the ancient rainforests of Taman Negara. The boat cruise up Tahan River was especially beautiful with old-growth trees leaning over the flowing waters from both sides, forming a lush canopy over the route.  When the tropical heat gets to you, ask your boatman to take you “shooting the rapids” up the Tembiling River where you’ll surely get soaked to the bone! 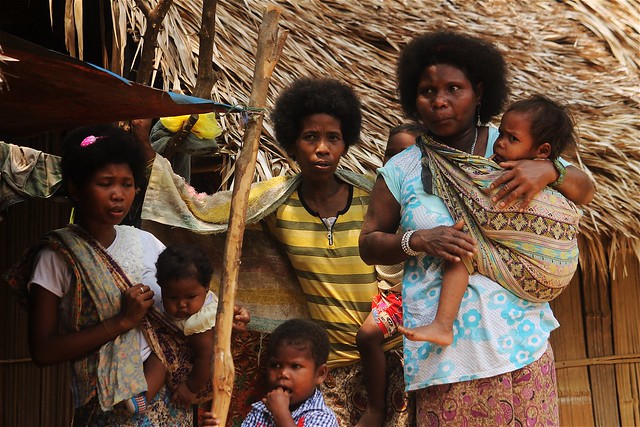 Learn the way of life of the orang asli (aboriginal people).

The national park are also home to Batek and Semokbori ethnic groups, orang asli or aboriginal peoples whose nomadic way of life hasn’t change for thousands of years. Canoe tours often include a visit to an aboriginal village consisting of simple structures of bamboo and thatch. One can learn how to start a fire employing simple friction of natural materials, as well as how to use a blow pipe – a vital tool for hunting animals like monkeys, squirrels and birds for these forest dwelling tribespeople. 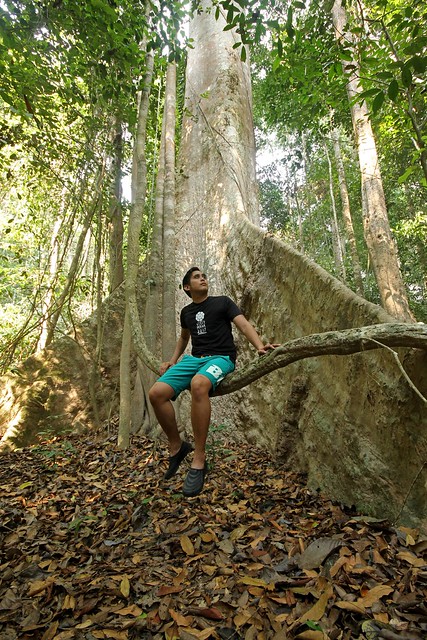 Marvel at a tualang tree as tall as a 20-storey building.

The rainforests of Taman Negara are 130 million years old, making it one of the world’s oldest – more ancient than the Amazon or Congo Basin. One of the highlights of a tour down Tahan River is the stopover at Tualang Jetty to admire a centuries-old tualang (Koompassia excelsa) – one of world’s tallest tropical tree species found in Malaysia, Indonesia, Philippines and Thailand. Towering 65 meters above the ground, this magnificent specimen was as tall as a 20-storey building. And it takes at least 20 people holding hand in hand to circle its broad base of buttressed roots. 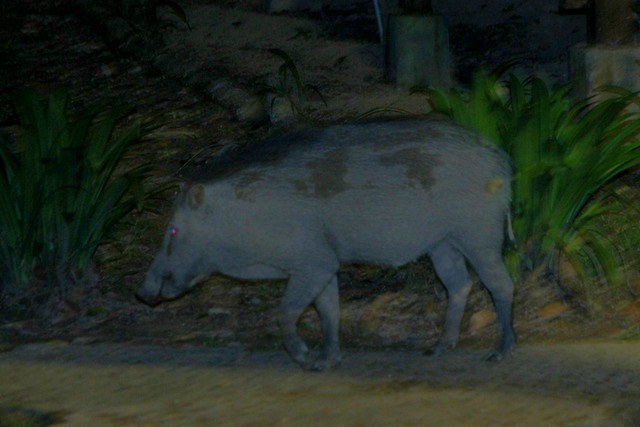 Discover wildlife right at your doorstep.

In Taman Negara, you don’t have to venture far for the wildlife. Sometimes, the wildlife finds you. Located at the edge of the rainforest next to where the Tembeling and Tahan Rivers meet, the bungalow resort of Mutiara Taman Negara is itself a passageway for wild animals. Long-tailed macaques are a regular sight at the resort, so are different kinds of birds. What took me by surprise, however, was running into a wild boar and her piglets right outside my bungalow on my first night at the resort! If you’re lucky, you might spot endangered Asian tapirs, which wander occasionally around the resort grounds. 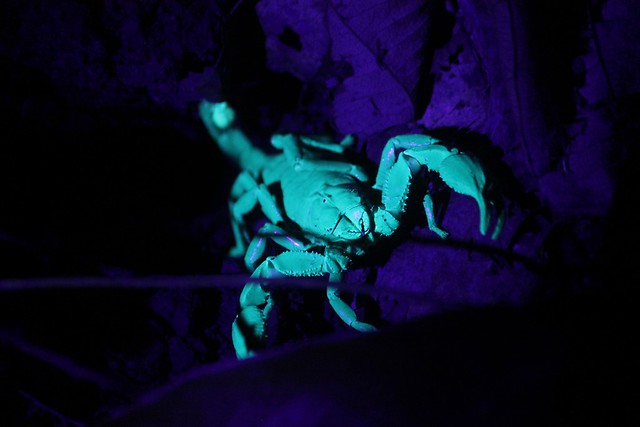 The jungles of Taman Negara come alive at night. And the best way to appreciate its wonderful nocturnal creatures is by joining a night walk with an experienced forest ranger. Armed with flashlights, we spotted an array of curious-looking critters along the forest boardwalk behind Mutiara Taman Negara like giant millipedes, stick insects, forest cockroaches, horned spiders, geckos and flying lizards. Climbing a watchtower, we also spotted larger animals – sambar deer, to be exact – peacefully grazing in the distance. The most incredible sight, however, was witnessing Asian forest scorpions glow blue-green amidst the litter of dried leaves under the illumination of our guide’s UV lamp! 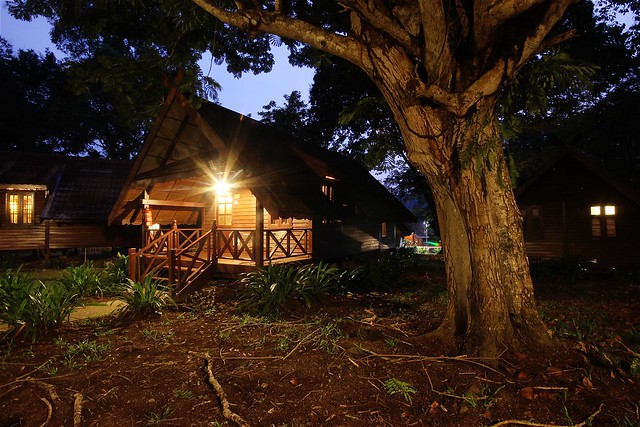 This blog post was made possible through Pahang Eco Fam Trip, a media tour held last April 25 to 29, 2016. The event was organized by Tourism Malaysia.