Indonesia has always been high on my travel bucket list. Most travelers flock the popular islands of Java and Bali, but with more than 17,000 islands stretching between Malaysia and Australia, this vast country has limitless possibilities to offer. When I heard that Makassar was on the itinerary of our 11-day Trip of Wonders media trip, I just couldn’t pass up the chance to finally set foot on Sulawesi – the orchid-shaped island just south of the Philippines.

A major gateway to the rest of the island, Makassar is worth exploring itself, offering both historical and natural attractions. Here are five of the most photogenic places to visit in Sulawesi’s biggest city: 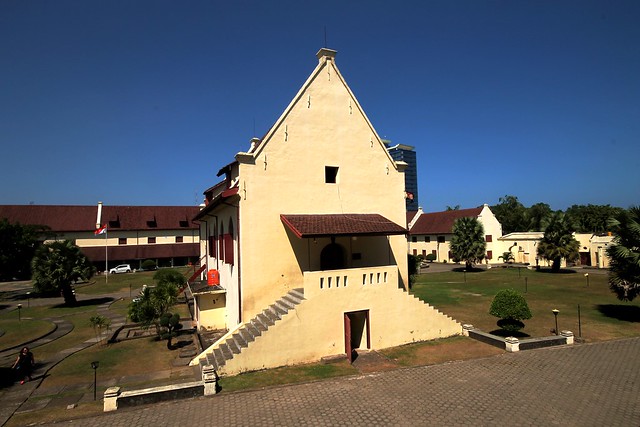 A Dutch fortress located right at the heart of the city, Fort Rotterdam is one of the easiest tourist attractions to get to when you arrive in Makassar. It was built by the colonizers from an existing stronghold of the Makassarese kingdom of Gowa called Ujung Pandan, which still is another name for the city until present times. While I find Dutch colonial architecture (such as those I’ve seen in Jakarta, Bandung and Medan) to be far too plain and austere compared to let’s say the Spanish or Portuguese, Fort Rotterdam impressed me with its grand layout and excellent condition of its clay-roofed buildings, surrounded by stone walls and bastions. It’s an excellent spot for architecture photography, while learning about the history of Makassar as a colonial outpost.

Photography tip: For interesting angles of the courtyard, shoot from an elevated spot like from a balcony or the stone walls. I asked permission to enter a second-level office to photograph the view from their window. 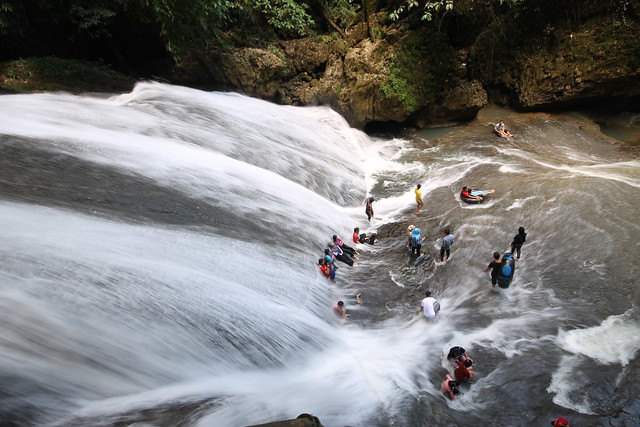 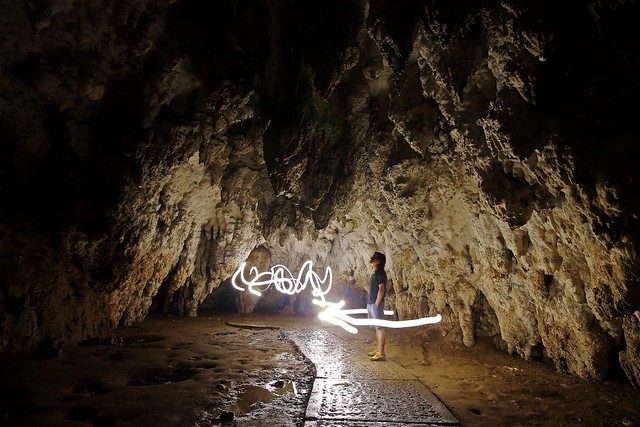 Considered the world’s second-largest karst area, Bantimurung-Bulusaraung National Park is a protected area, 50 km north of Makassar, known for its scenic waterfalls and nearly 300 caves. Its most popular spot is Bantimurung Falls, thundering between limestone mountains, giving its name which means “loud noise” in the local tongue.  On weekends, locals come here for picnics, swim in natural pools and go tubing next to the waterfalls. Unsightly concrete stairs next to the waterfalls leads visitors to the source of the cascades: a silent stream hemmed in by jungle, and Goa Batu, a walkthrough show cave which wasn’t anything spectacular, but was a good spot to shoot some experimental long exposures with our torches.

Besides its karst landscapes, waterfalls and caves, the national park is also known for its butterfly diversity. British naturalist Alfred Wallace once called the site a “butterfly kingdom”, having identified more than 300 species. Rows of shops sell souvenirs of mounted butterflies and other insects at the park entrance, but these are best avoided as the trade has endangered the butterfly population due to poaching. Nonetheless, the vendors surrounded by framed butterfly specimens were interesting subjects for portraits.

Photography tip: Don’t forget to bring a tripod for long-exposure shots of the waterfalls and the caves. 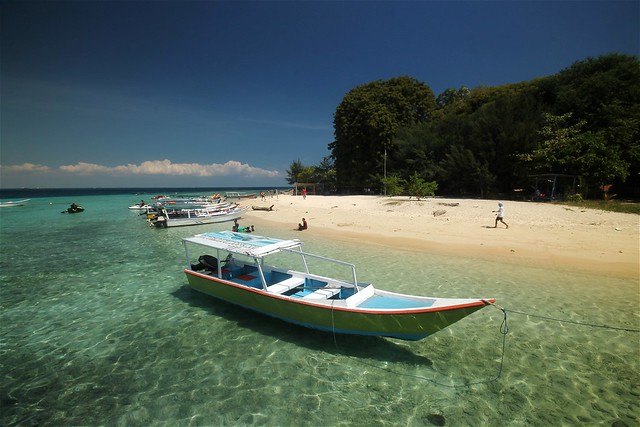 A spattering of more than a hundred coral-fringed islands called the Spermonde (or Sangkarang) Archipelago pepper the Makassar Strait across the port city. It’s an island-hopping playground perfect for snorkeling and beach combing – with the nearest islands only 30 minutes by boat from the harbor. The most visited island is Pulau Samalona (Samalona Island) with its palm-line shoreline and bone-white sand. Locals and tourists alike flock the island for picnics and swimming in the turquoise shallows. I particularly liked the views of the boats anchored along the beach with the azure waters stretching out towards the distant and hazy skyline of Makassar.

Photography tip: Shoot with a CPL filter to reduce glare and bring out the colors of the sea and skies. 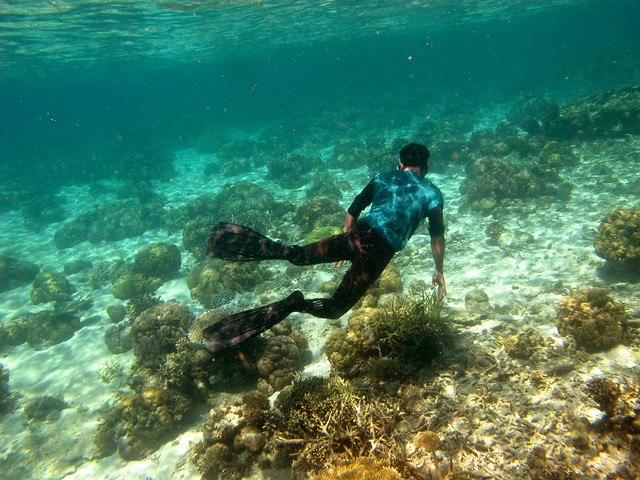 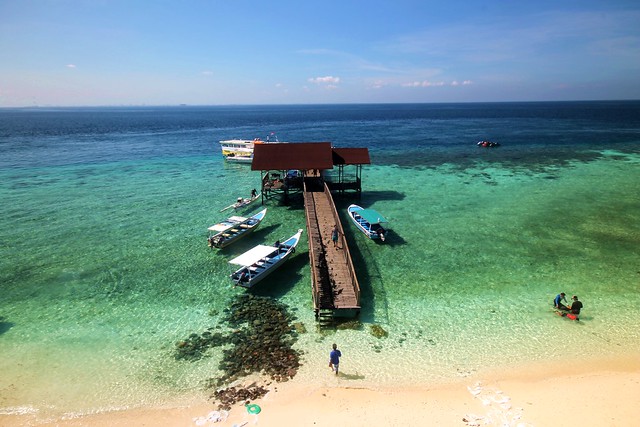 Another island worth visiting offshore is the smaller (and farther) Pulau Kodingaring Keke, which isn’t only ringed by white sand but also has great underwater scenery. There’s some good snorkeling to be had offshore at the coral drop-offs, so it’s time to whip out those action and waterproof cameras! It’s convenient to hire a boat to bring you to the best reefs teeming with schools of fish circling above branch and brain corals. It was disappointing, however, to witness firsthand coral fishes being poached for the aquarium trade. I hope environmental laws will be enforced more strictly here and other protected area in the archipelago to preserve the marine ecosystems for generations to come. 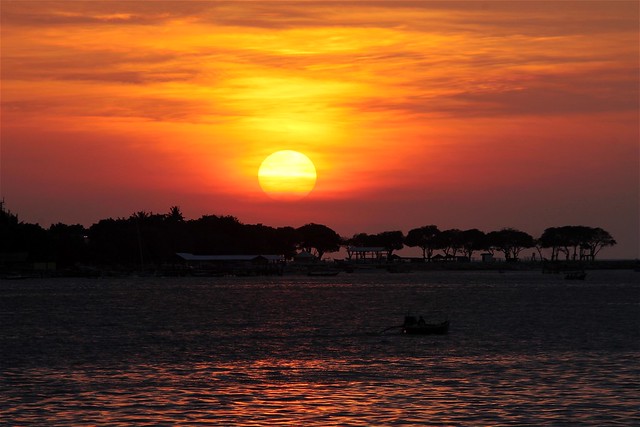 The west-facing harbor city is naturally blessed with sunset views – a perfect finale after exploring the city and its nearby islands. While no longer a sandy affair, Pantai Losari (Losari Beach) is the city’s popular seaside promenade, where many locals convene for to stroll around, watch a golden sunset dipping into the watery horizon, and dine at one of the numerous food stalls. The locals themselves make interesting subjects. During my visit, there was meeting of reptile owners who proudly brought their snakes, iguanas and turtles for the crowd to admire.

Photography tip: The sunsets here are photogenic, but also keep an eye out for interesting locals for portraits.