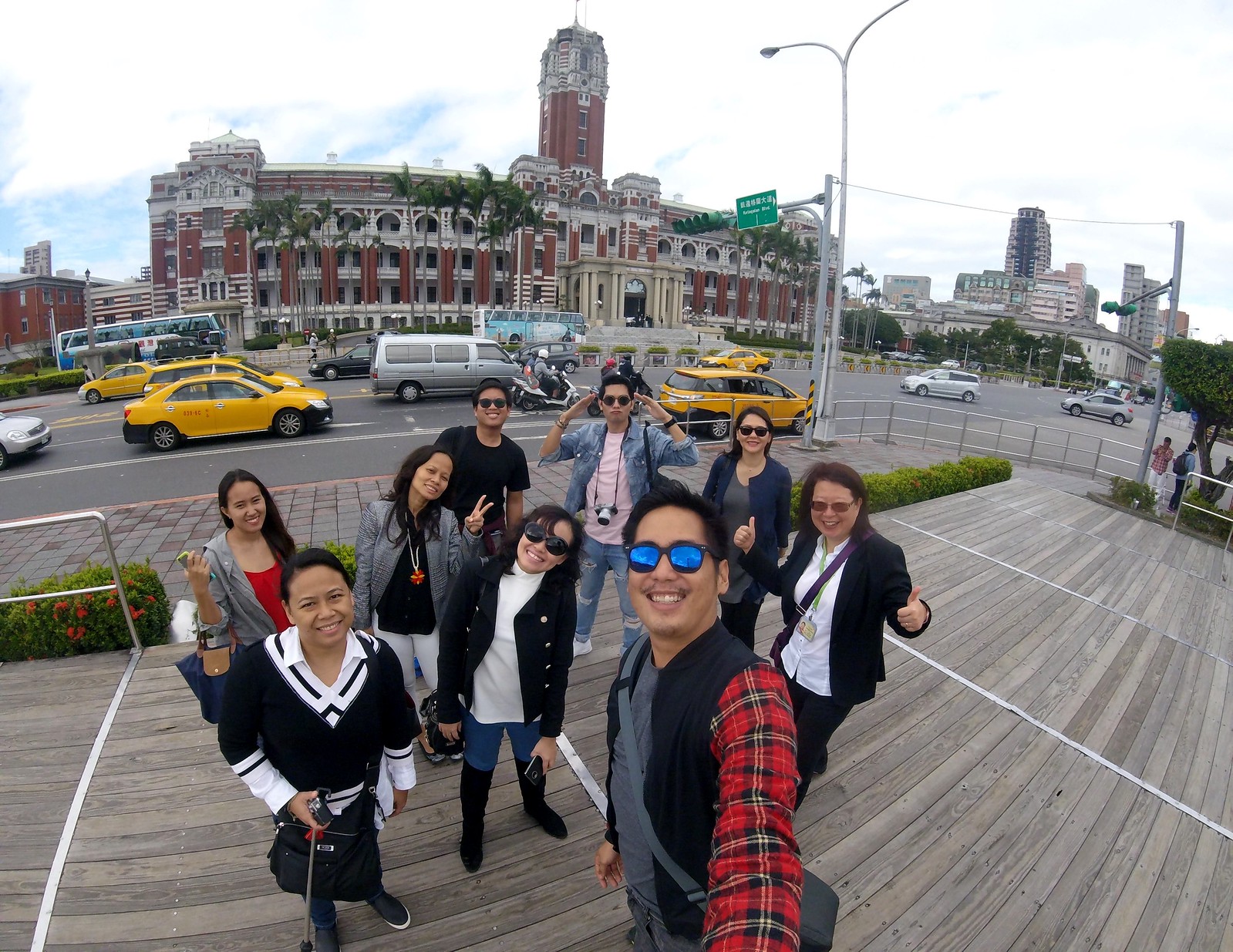 Cebu journalists and online influencers with tour guide Jane Fan in front of the Presidential Office Building in Taipei, Taiwan.

With AirAsia Philippines flying direct to Taipei from Cebu and Manila, Taiwan is much closer than before. It’s now possible to visit the dynamic capital over a weekend or a few days’ vacation. Accompanied by Cebuano journalists and online influencers, I revisited Taipei over two days courtesy of the airline, covering the sights within the city center on our first day. Here’s our full-day itinerary (with a few suggestions of alternative things to see and do) which you can easily replicate on your visit since Taipei has efficient and extensive MRT and public bus systems.

To whet our appetites for the historical landmarks lined up for the morning, we first stopped in front of the Presidential Office Building, a Renaissance-Baroque building built in 1912 during the Japanese occupation, and which now houses the Office Office of the President of the Republic of China (ROC). 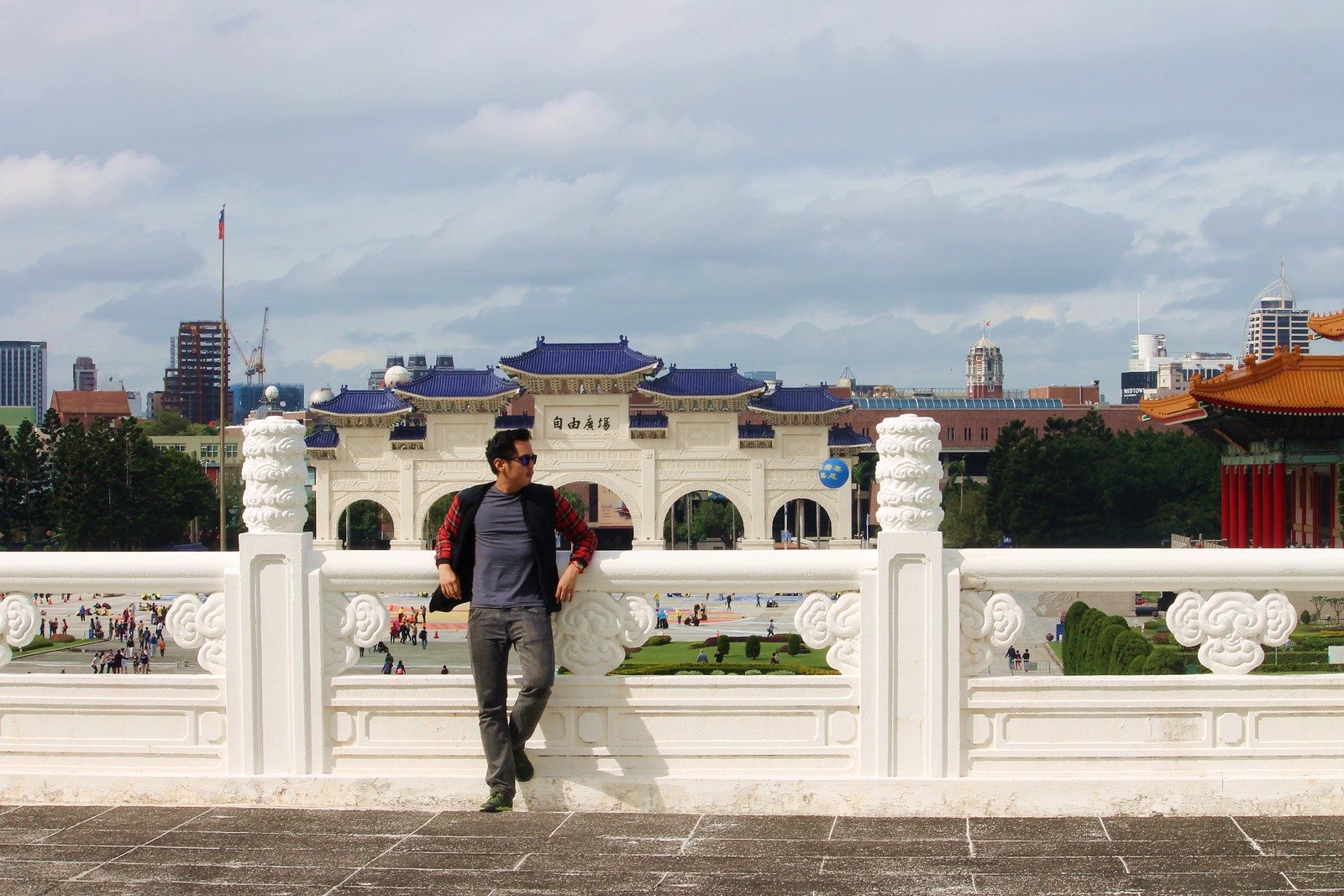 Our next stop wasn’t far away. No visit to the city is complete without paying respects to the country’s most important political figure enshrined at the Chiang Kai-shek Memorial Hall, a palatial structure lording over a sprawling square where democratic rallies are often held. We made it in time to witness the hourly changing of honor guards at the main hall, which houses a seated statue of Chiang Kai-shek, the Chinese political and military leader who founded the Taiwanese nation in 1949. 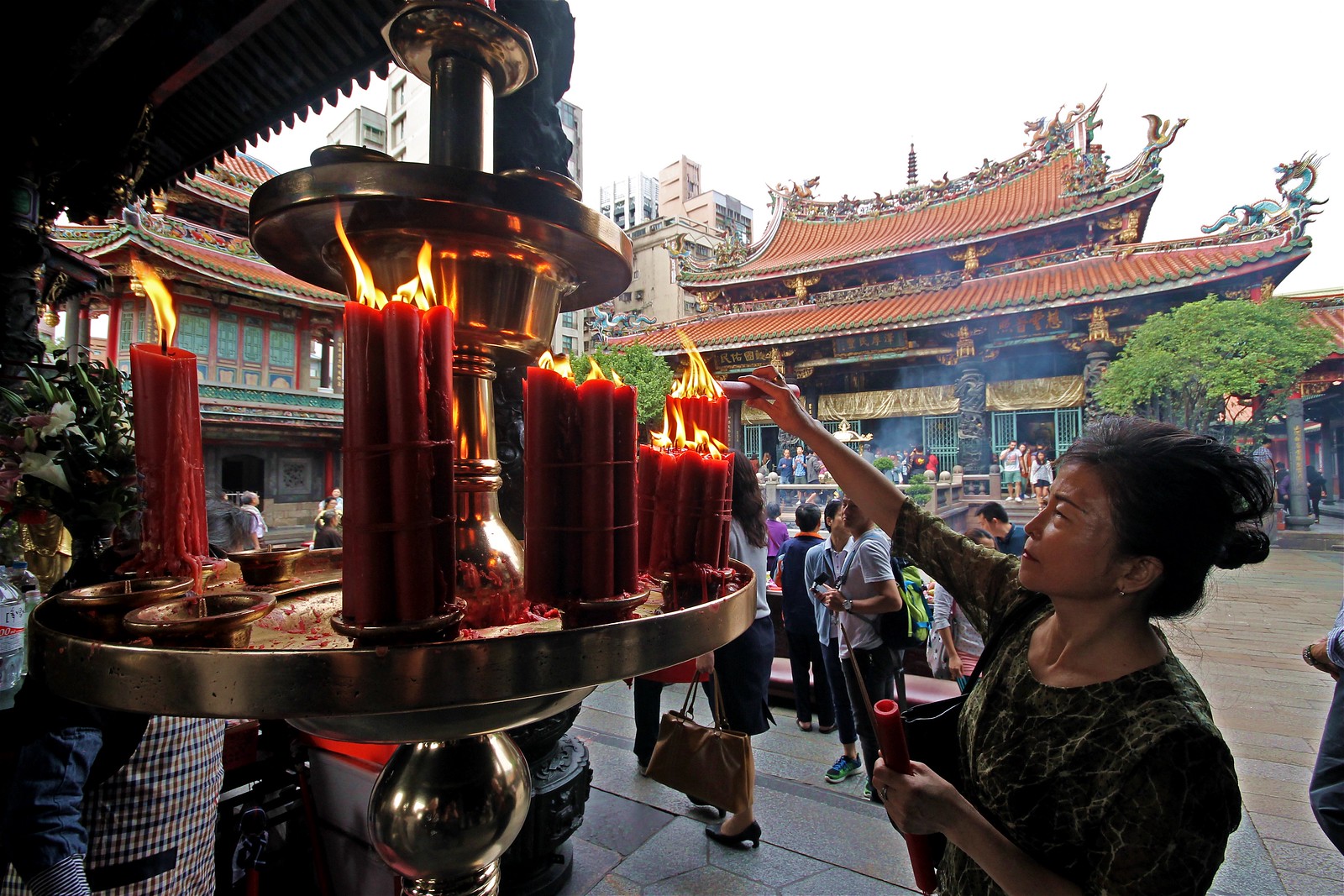 Lungshan Temple was established in 1738 by settlers from Fujian, China.

We stepped further back in time at Lungshan Temple of Manka, a Buddhist temple that also venerate Taoist deities, which was established in 1738 by settlers from Fujian province, China. After admiring the pair of bronze dragon pillars in the front hall of the temple (which cannot be found in any other temple in Taiwan), we proceeded to the inner courtyard which was filled with people fervently praying, lighting candles and joss sticks and burning paper money. 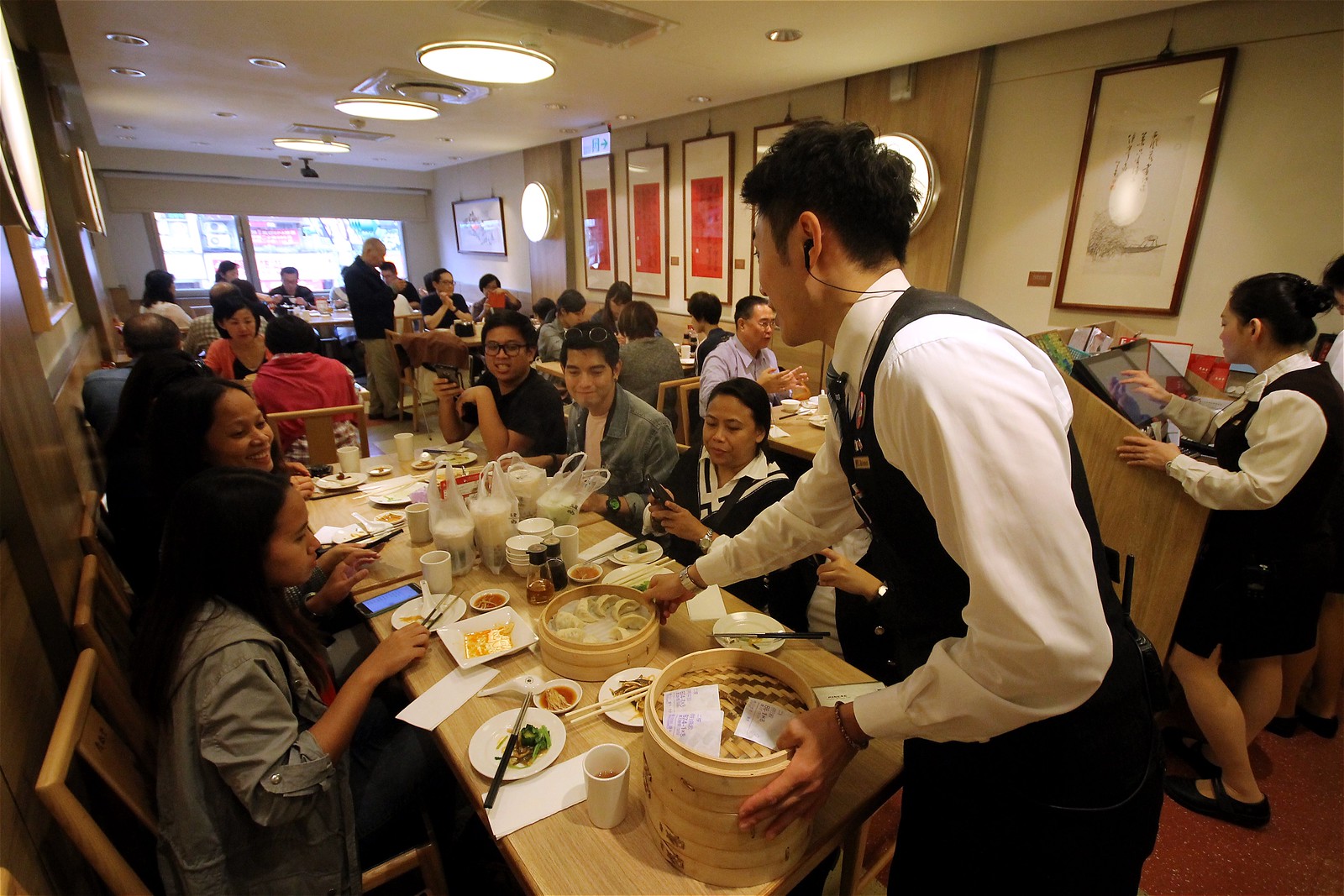 Lunch at the original branch of the Michelin-starred Din Tai Fung.

Long queues didn’t stop us from getting a table at the original branch of Din Tai Fung along Xinyi Road. The international xiaolongbao (soup dumpling) restaurant chain has garnered several accolades around the world, including Michelin stars for their Hong Kong branches. We had our fill of xiaolongbao, shrimp dumplings and fried rice, which lived up to the restaurant’s reputation and were worth the wait. 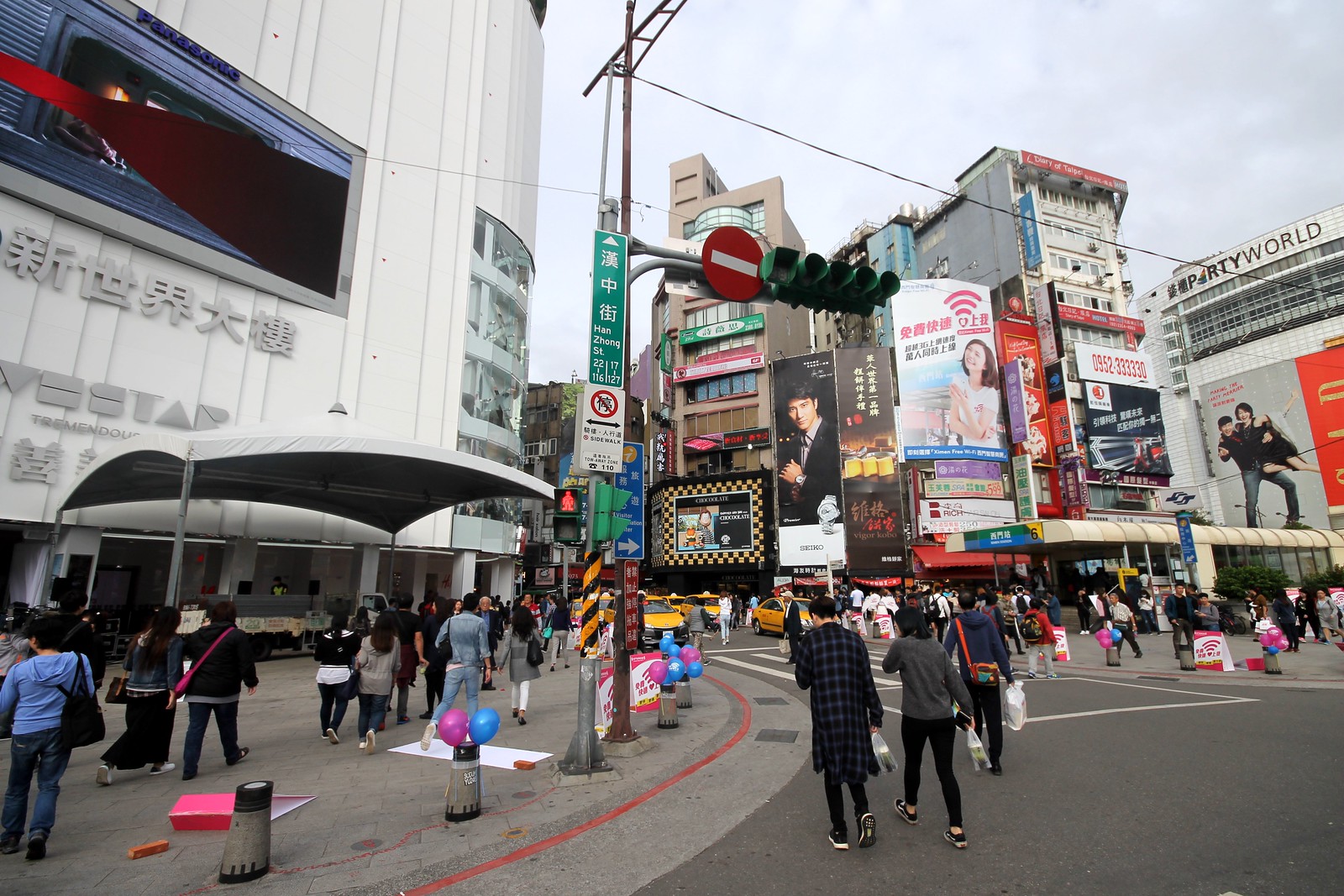 Ximending is the most popular shopping and nightlife district in Taipei.

After a wonderful lunch, we were ready to burn the calories. If shopping is your game, then look no farther than the pulsating commercial district of Ximending, which delights three million shoppers every month! Ximending is to Taipei as Orchard Road is to Singapore and Shibuya is to Tokyo. The well-known Ximending Pedestrian Area was the first pedestrian area built in Taipei and is the largest in Taiwan. 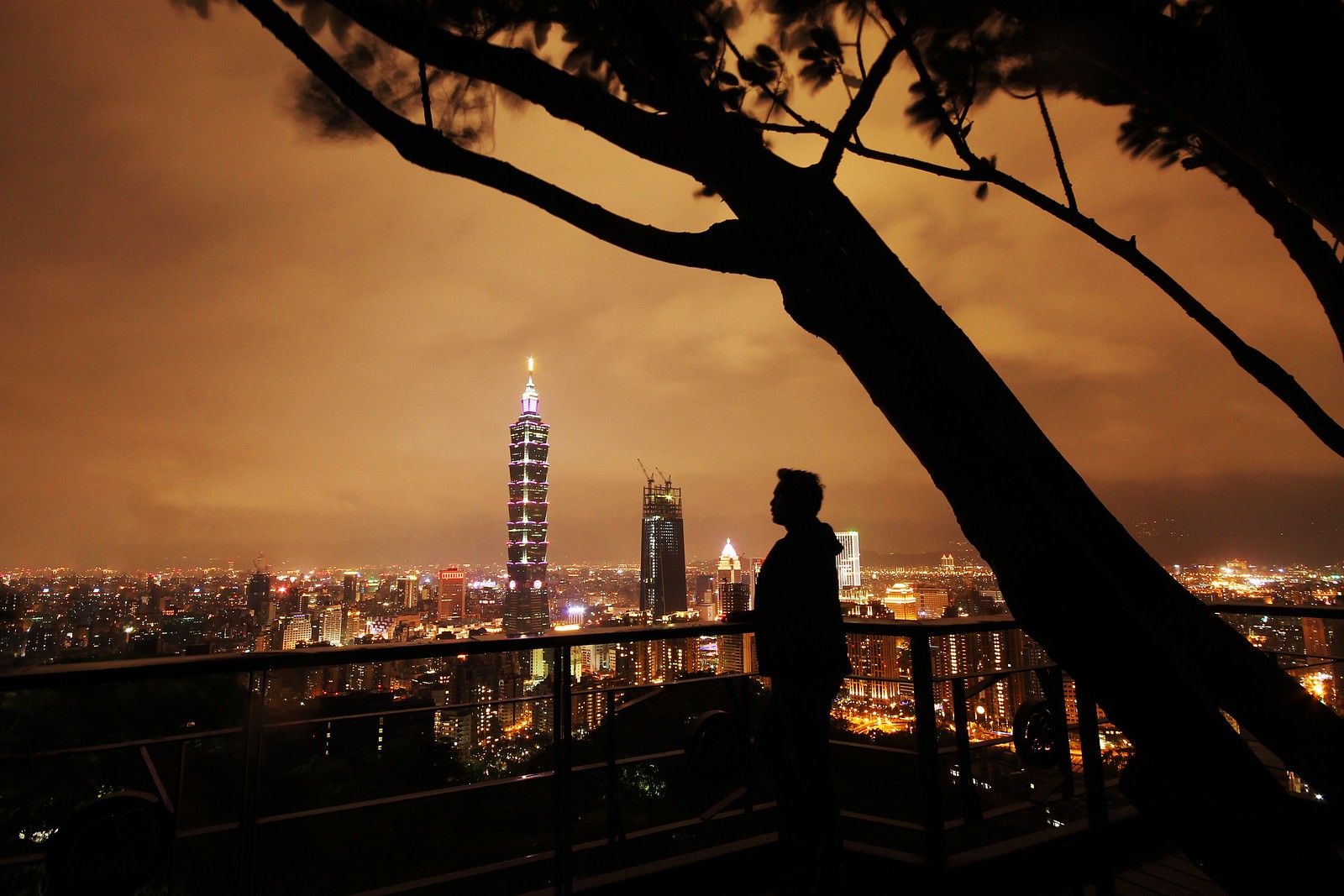 Admiring Taipei 101 and the city skyline from Elephant Mountain.

As day slowly turned into night, we headed for the city’s iconic 101-storey skyscraper, Taipei 101 – the world’s tallest building after the Burj Khalifa in Dubai. The architecture takes its design cues from indigenous bamboo, temple pagoda and traditional Chinese money. At the observatory on the 89th floor, one can marvel at a 360-degree view of the metropolis, as well as view the building’s humongous 728-tons steel damper which keeps the skyscraper stable. If you wish to admire , I’d recommend skipping the observatory and making a quick climb up Elephant Mountain for postcard-worthy views of the skyscraper and the rest of the city skyline. 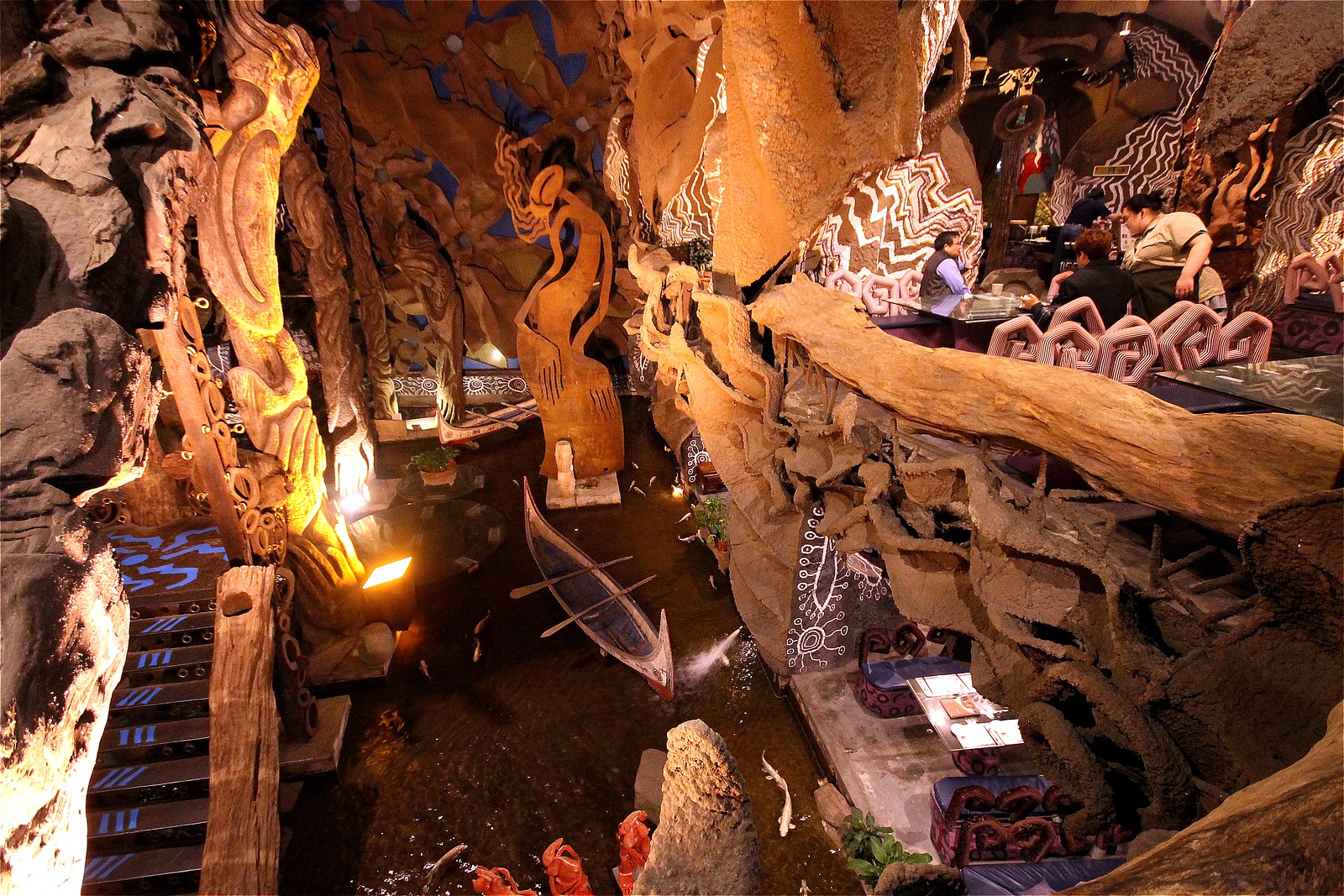 Dining at Five Dime, a Taiwanese restaurant with surreal decor.

Finally, we had dinner at Five Dime Restaurant, the brainchild of artist Hsieh Li-shiang that seems straight out of a Tim Burton movie. The restaurant serves authentic Taiwanese cuisine within a four-story interior designed like an organic work of art inspired by driftwood and aboriginal art. If you’re looking for something more fun and casual, go for the Shilin Night Market, the largest and most famous night market in the city where you can go bargain shopping and feast on local fare like oysters omelet, stinky tofu and peanut candy. Then soak up in a public bath at Beitou, a district renowned for its hot springs for a relaxing finale to a perfect day in Taipei.

One Reply to “Taipei, Taiwan: A Perfect One-Day Itinerary”