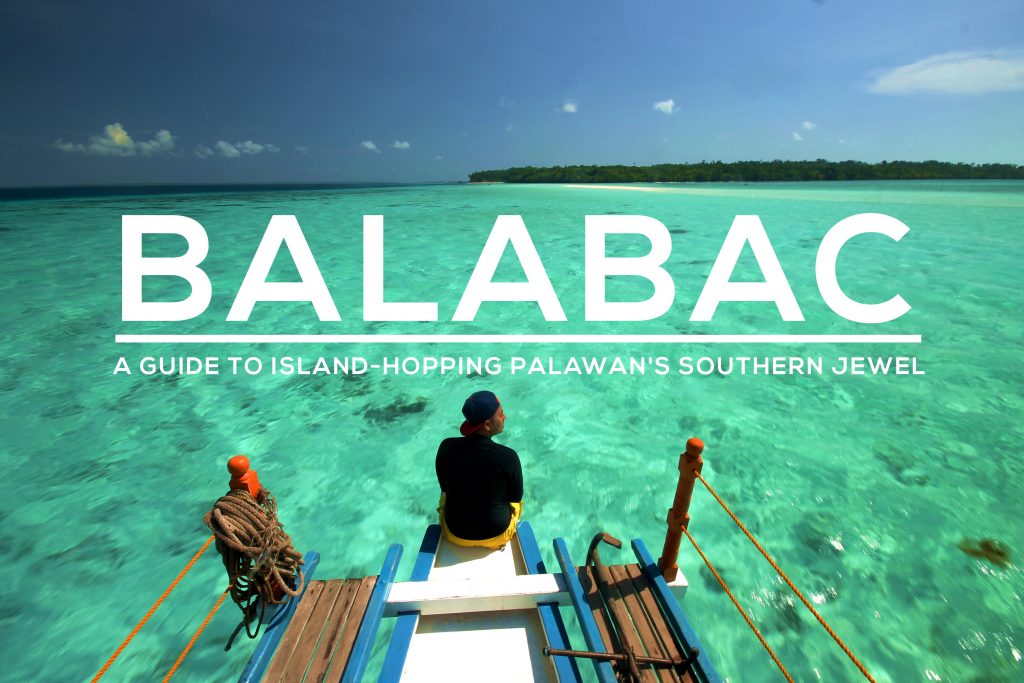 Looking for deserted islands to play out your Survivor fantasies? Off the southernmost tip of Palawan is Balabac, a remote municipality comprised of 31 islands and islets, dotting the Sulu Sea between mainland Palawan and Borneo. This faraway corner of the archipelago, which can be reached in 10 hours by van and boat from the nearest commercial airport in Puerto Princesa, remains untouched by mainstream tourism – a paradise for those looking for a truly off-the-grid adventure.

The island group is foremost a biodiversity hotspot, best known as the only habitat of the highly endangered Philippine mouse-deer or Balabac chevrotain (Tragulus nigricans), locally known as pilandok, which lives on the bigger islands of Balabac, Ramos and Bugsuk. Endemic birds like the Philippine Cockatoo (Cacatua haematuropygia), Palawan Hornbill (Anthracoceros marchei) and Philippine Eagle (Pithecophaga jeffery) also call Balabac their home. Moreover, mainland Balabac has a historic site: the Spanish-period lighthouse of Cape Melville, built in 1892 on its southern end.

Northeast of Balabac town proper, the smaller islands are in themselves a sight to behold, jewels to be treasured like the South Sea pearls farmed here. The most beautiful islands to visit are located between Palawan and Balabac Islands. Those who make the long journey will be rewarded with deserted stretches of coastline dotted by quiet fishing villages and sandbars of powdery white sand amidst a vast expanse of emerald, sapphire and turquoise waters harboring sandbanks and coral reefs. 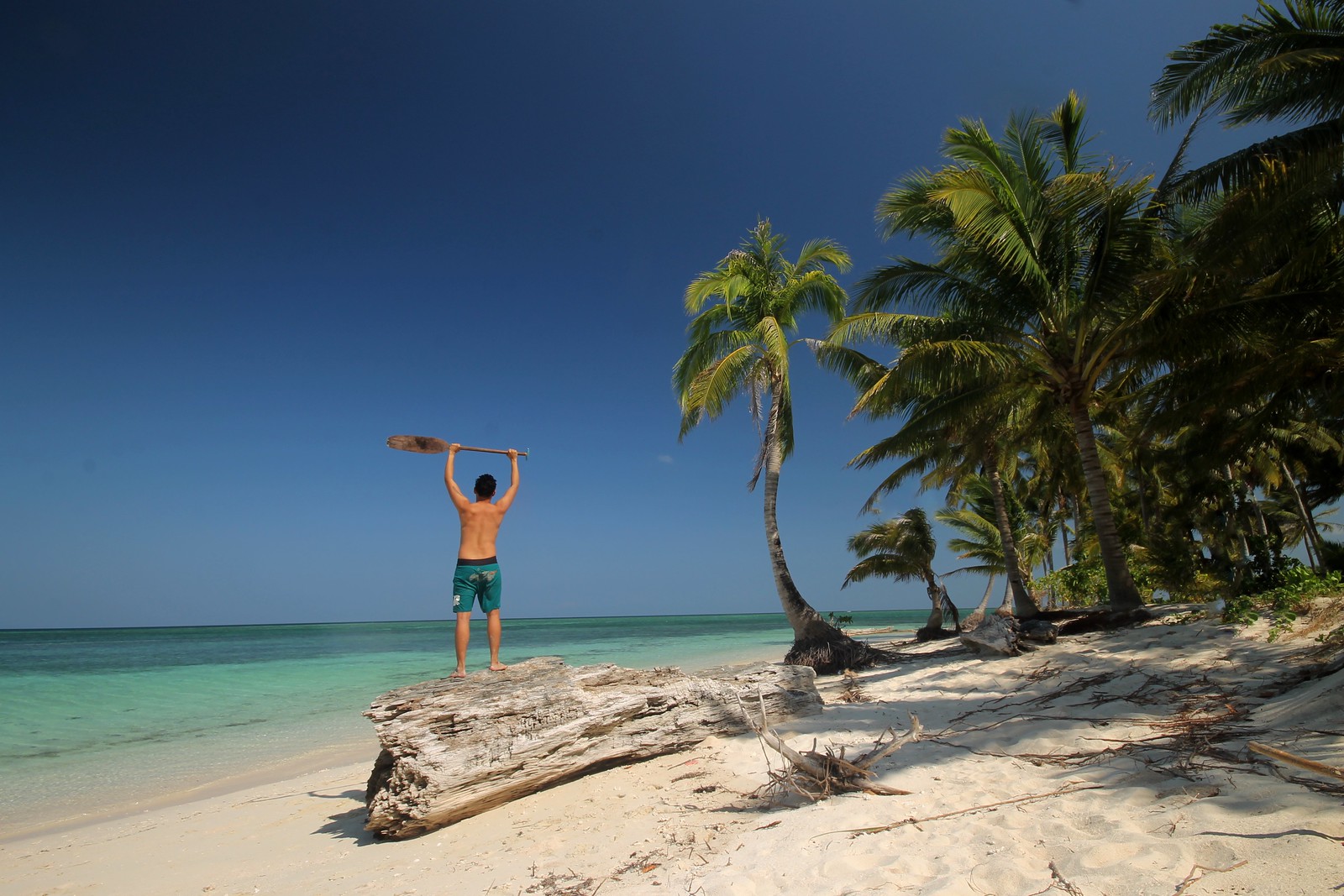 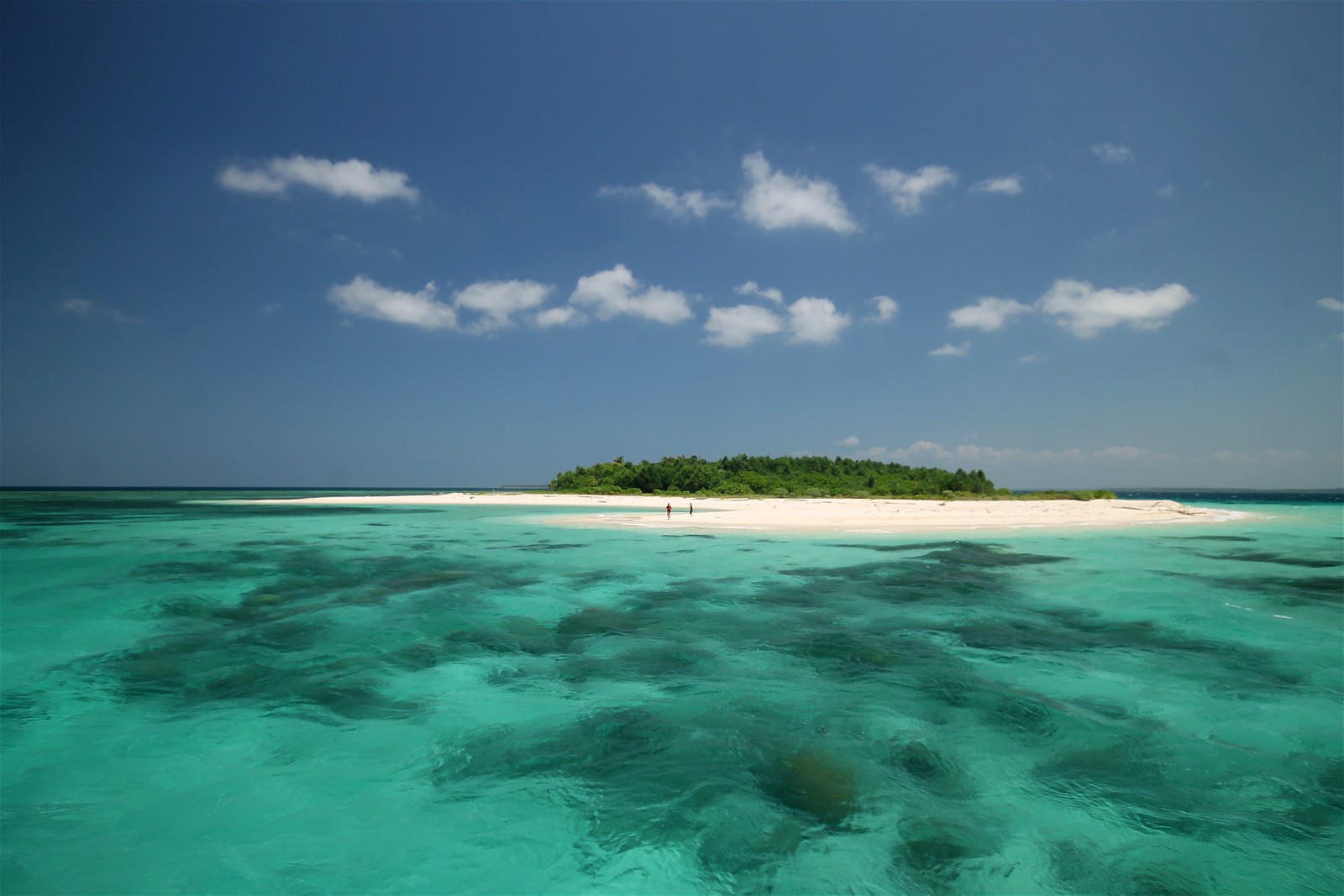 Patawan is a verdant islet ringed by white sand and turquoise waters.

During our three-day island-hopping tour we were able to visit eight islands by chartered boat, namely: 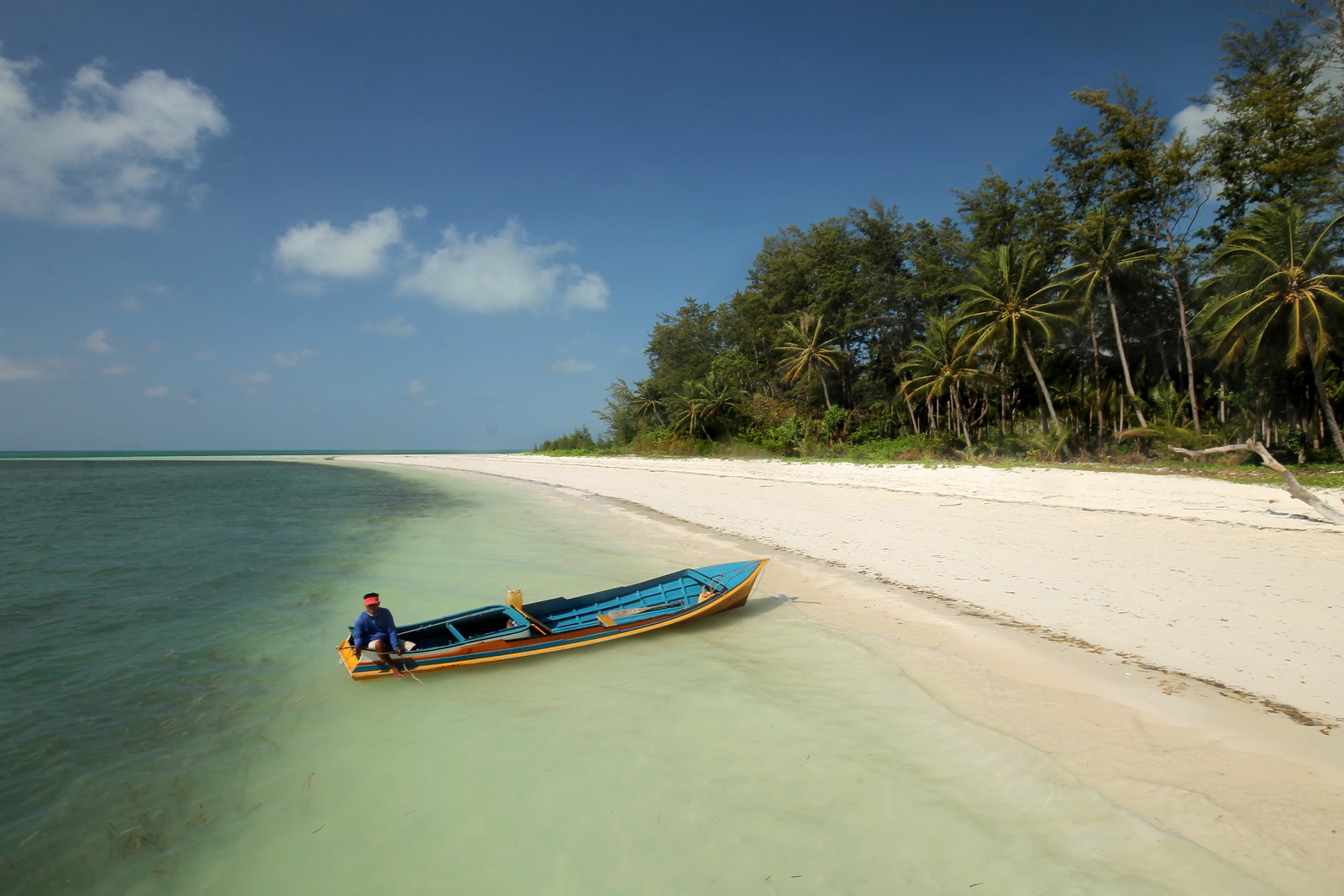 Punta Sebaring on Bugsuk Island is the best place to camp in Balabac Islands! 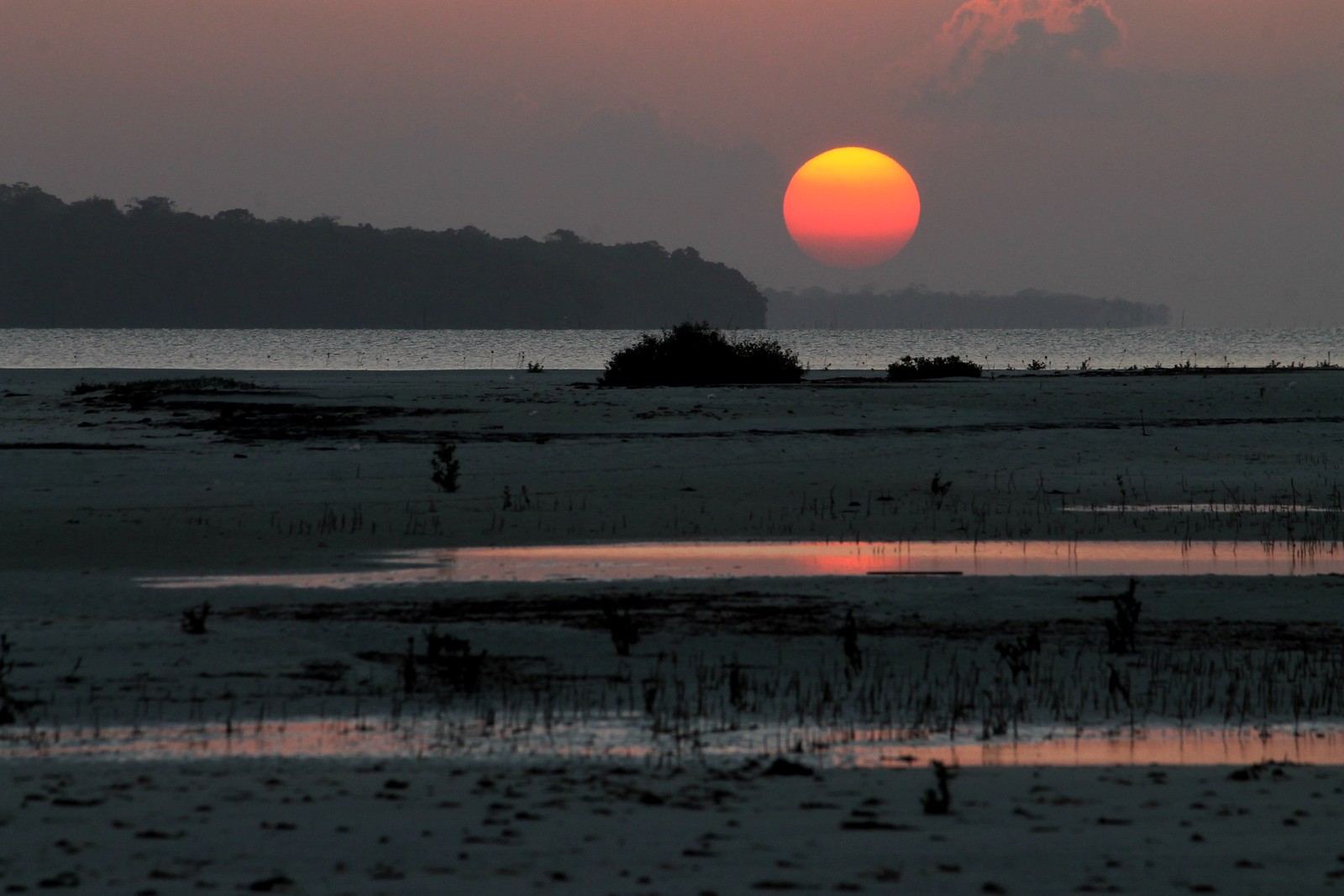 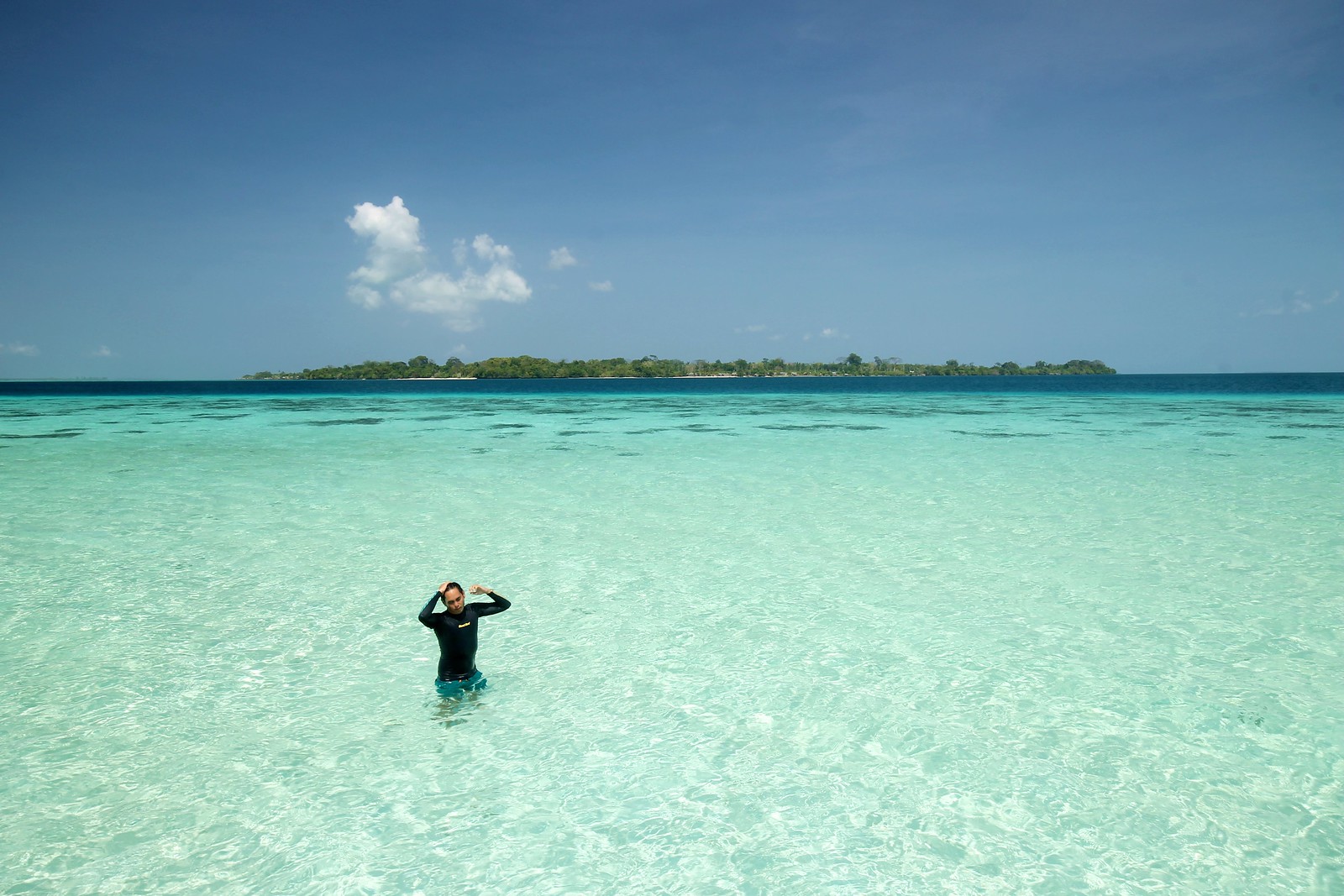 My favorite stop: the crystal-clear shallows of Mansalangan Sandbar! 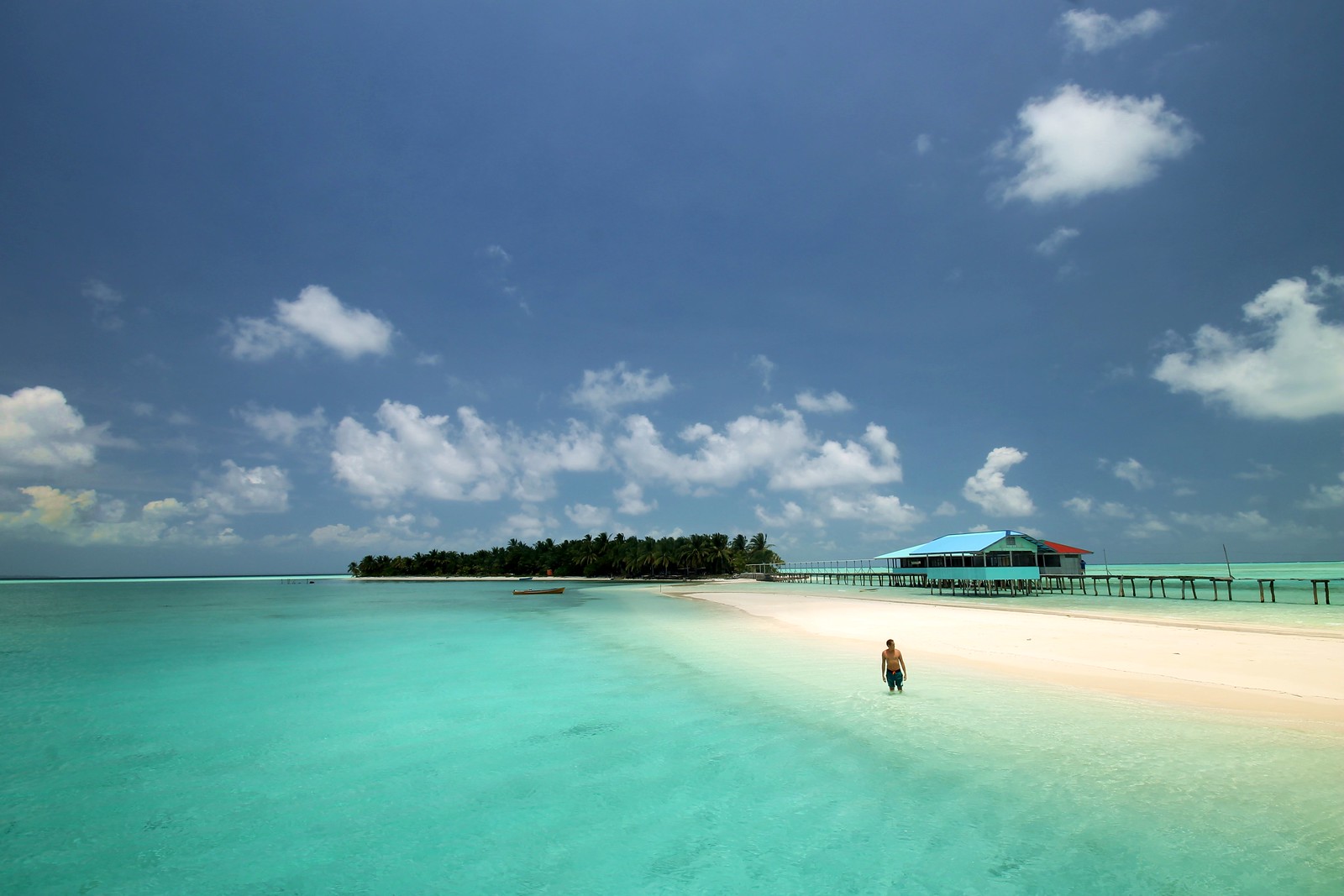 Tip: If you only have time for two days, the best islands can be visited on a 2D/1N tour. I would recommend visiting Canimeran, Patawan, Punta Sebaring (Bugsuk Island), Mansalangan, Caxisigan and Onuk (if caretakers permit). 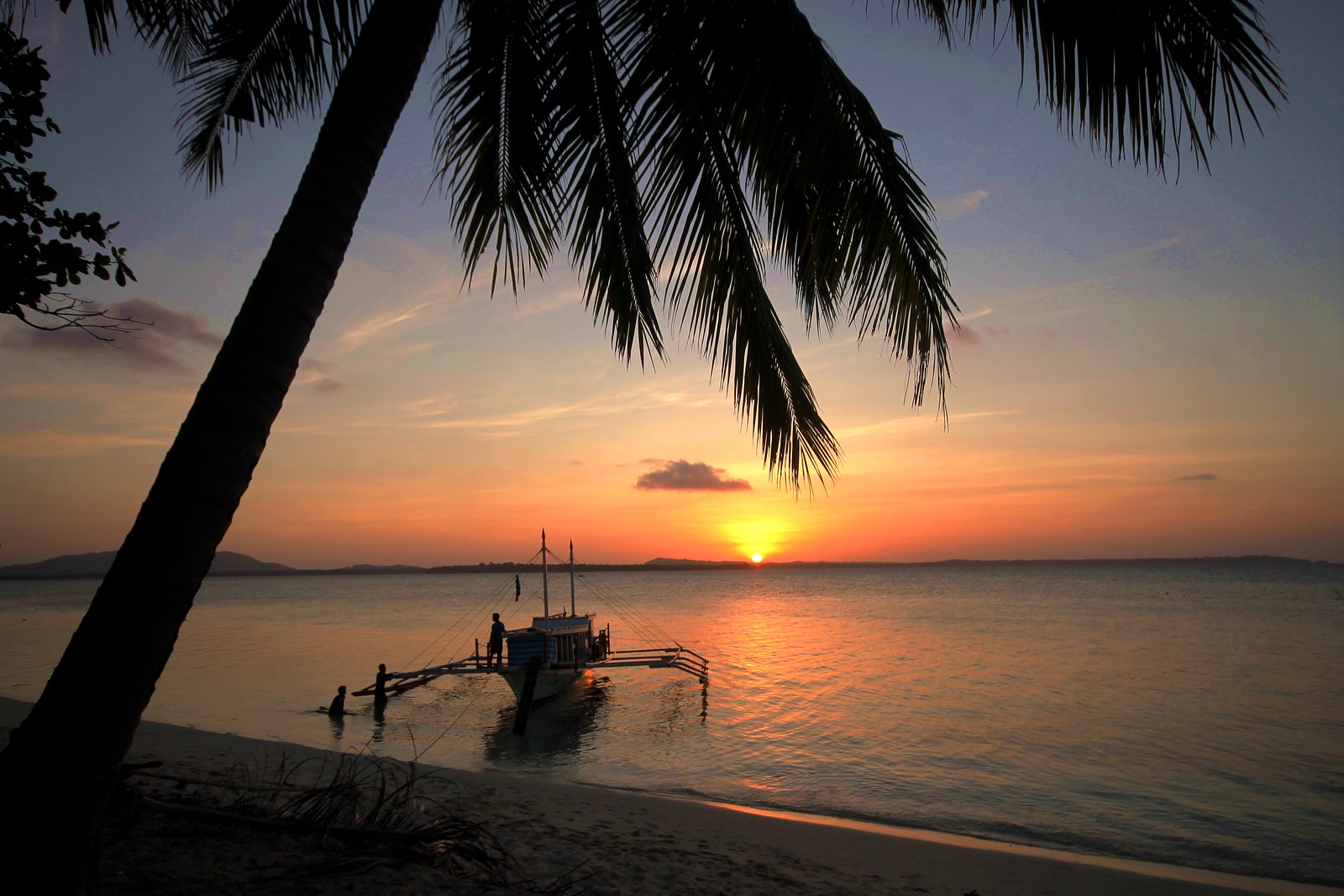 Another beautiful sunset from our second campsite on Candaraman Island. 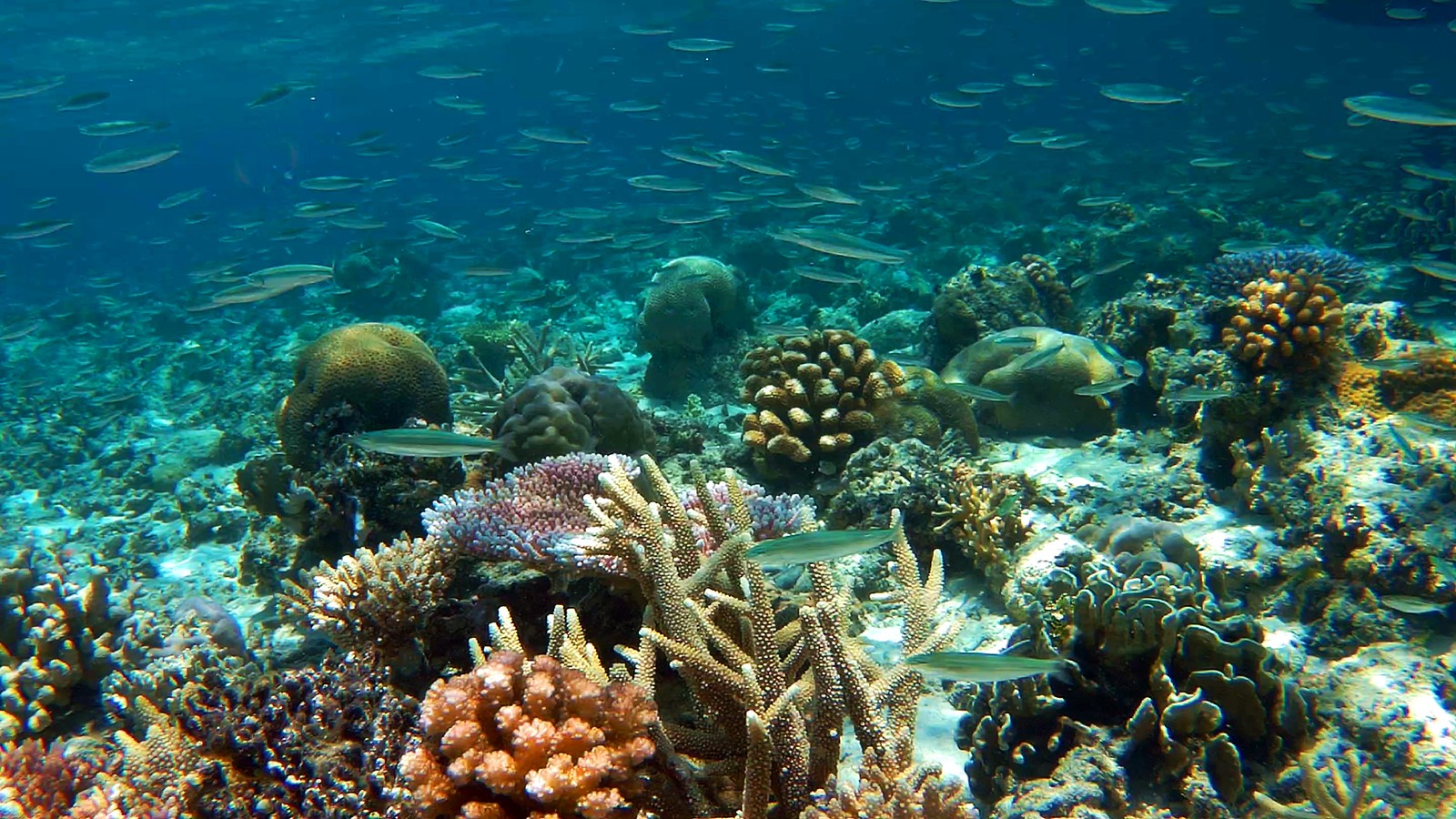 The underwater scenery at Caxisigan Island, a great snorkeling spot.

There are no regular trips to the minor islands of Balabac, hence, one has to charter a boat to visit them. Our large group of 12 availed a three-day, two-night island-hopping tour, inclusive of boat rental, three meals a day, and camping fees, for PHP 3,600 each. Contact Lorna Gapilango at +63 917553 2845.

The caretaker of Punta Sebaring also offers full-board island-hopping packages at PHP 5,500 per person for a 3D/2N tour, minimum of five persons. Contact Tess Principe at +63 9464135108. Solo travelers may avail of the same tour for PHP 9,500.

The best time to go island-hopping in Balabac is from March to October. The onset of the amihan (northeast monsoon) from November to February triggers very rough seas. 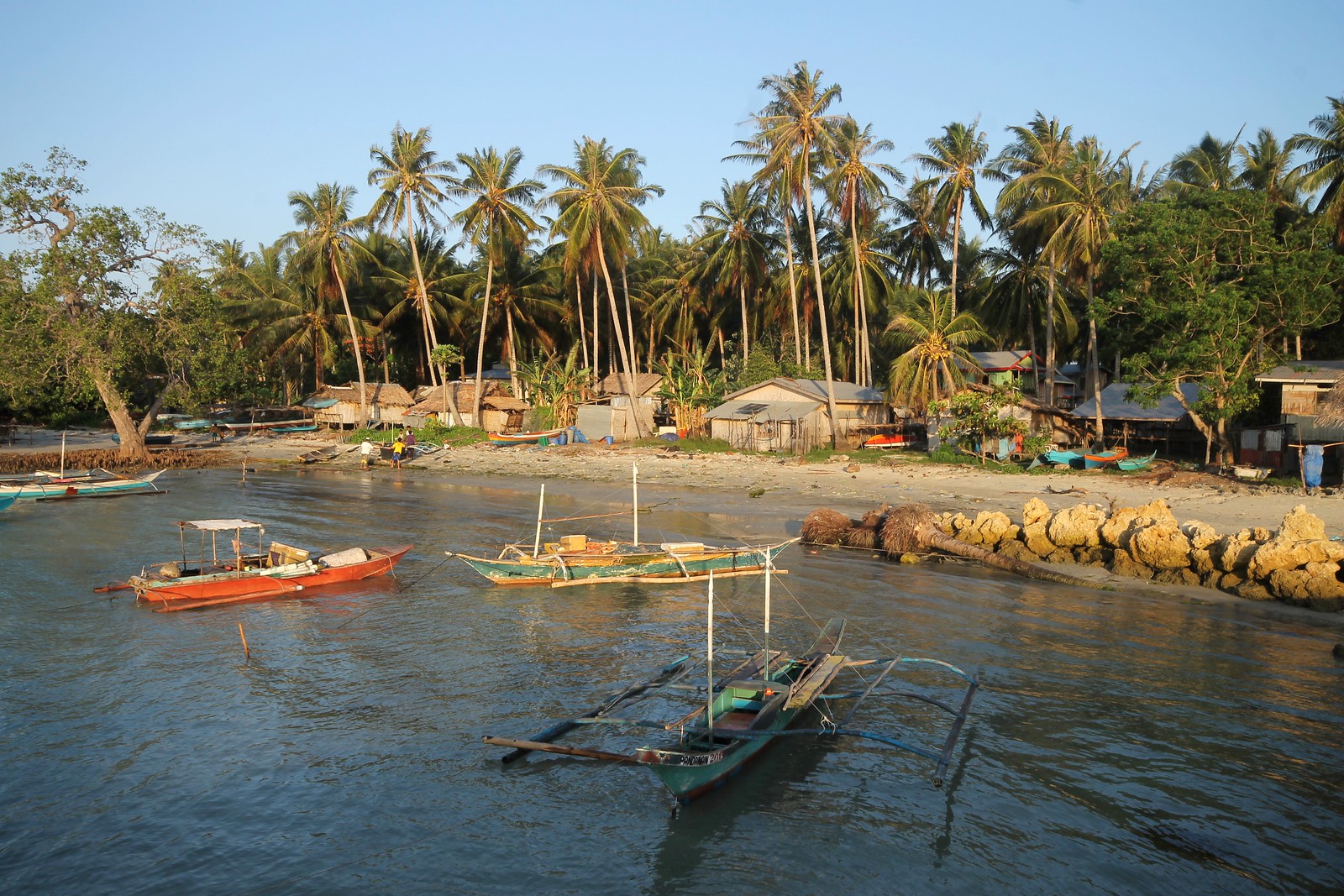 Buliluyan Port, Bataraza is the nearest jump-off point for Balabac islands from the Palawan mainland.

From San Jose Terminal in Puerto Princesa, take a van or bus (PHP 350 to 500) to the mining village of Rio Tuba in Bataraza, the usual jump-off point for island-hopping tours. However, when sea conditions are unfavorable, chartered boats may only be able to fetch passengers from the unfinished port of Barangay Buliluyan, another hour south from Rio Tuba, on the southernmost tip of Palawan island (the terminus of the national highway). One may also start their trip from the town proper on Balabac Island, which is linked to Rio Tuba Port by ferryboat, departing daily at 10 AM (PHP 450, four hours). 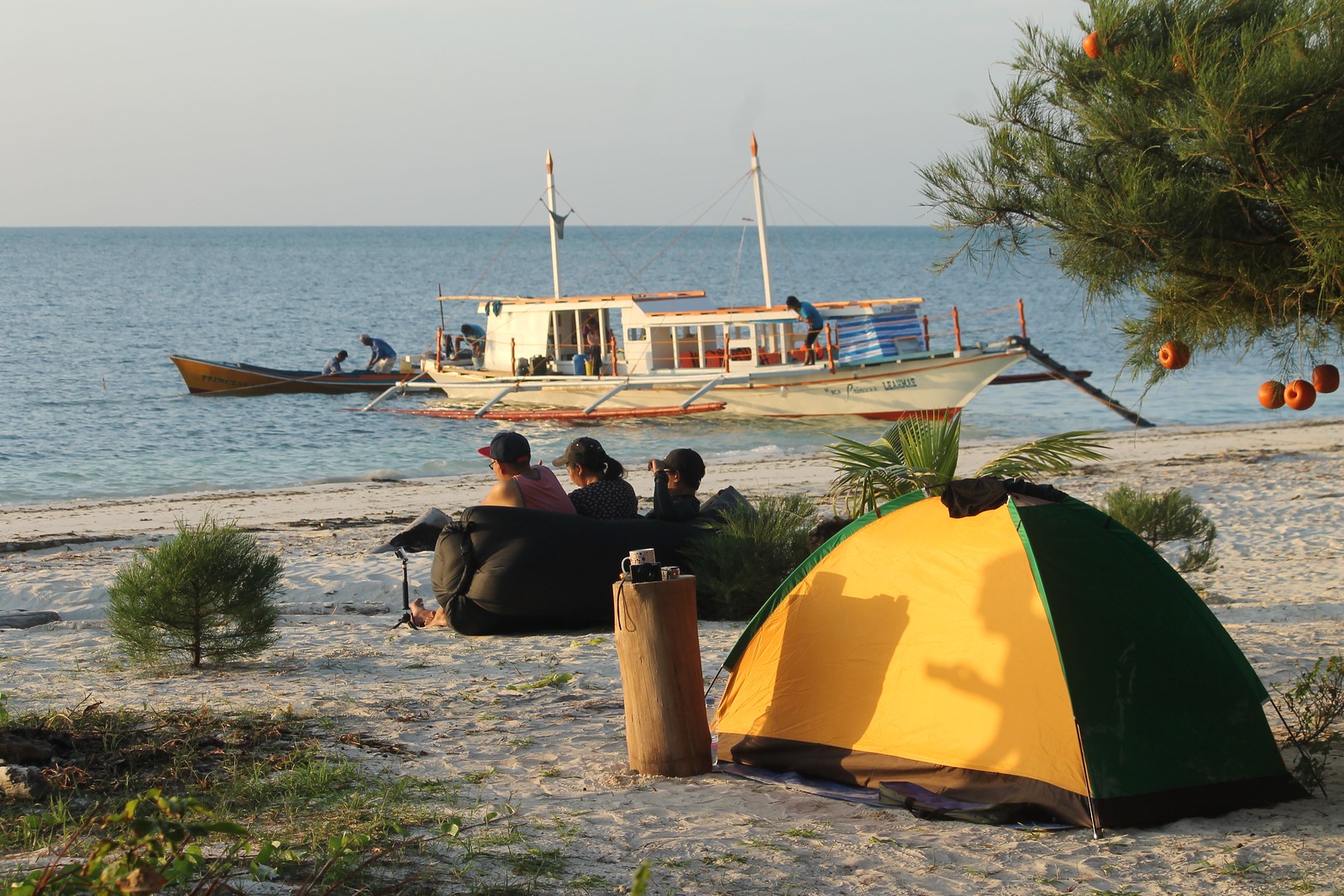 Our campsite at Punta Sebaring. (Watch out for nasty sand flies!)

Aside from the private resort on Onuk Island (Roughton) which exorbitantly charges PHP 5,000 per person for a full-board overnight stay, the other accommodations on the smaller islands of Balabac are very basic beach camps, particularly on Punta Sebaring, on the southern end of Bugsuk Island, and along the northwest coast of Candaraman Island. At Punta Sebaring, a limited number of pillows, mattresses and mosquito nets may be rented out from the caretaker, while Candaraman has a few rooms in a dilapidated wooden house.

Due to Balabac’s proximity to rebel strongholds in the Sulu Archipelago, kidnappings and bombings perpetrated by separatist groups (and/or political opponents) have occurred a few times in the municipality. The region is also notorious for its piracy, smuggling, human trafficking (owing to its proximity to Borneo) and wildlife poaching. It’s best to contact local guides beforehand to assess the current situation before embarking on a trip.

Watch the highlights of our Balabac adventure!

Puerto Princesa — and the rest of Palawan — ma