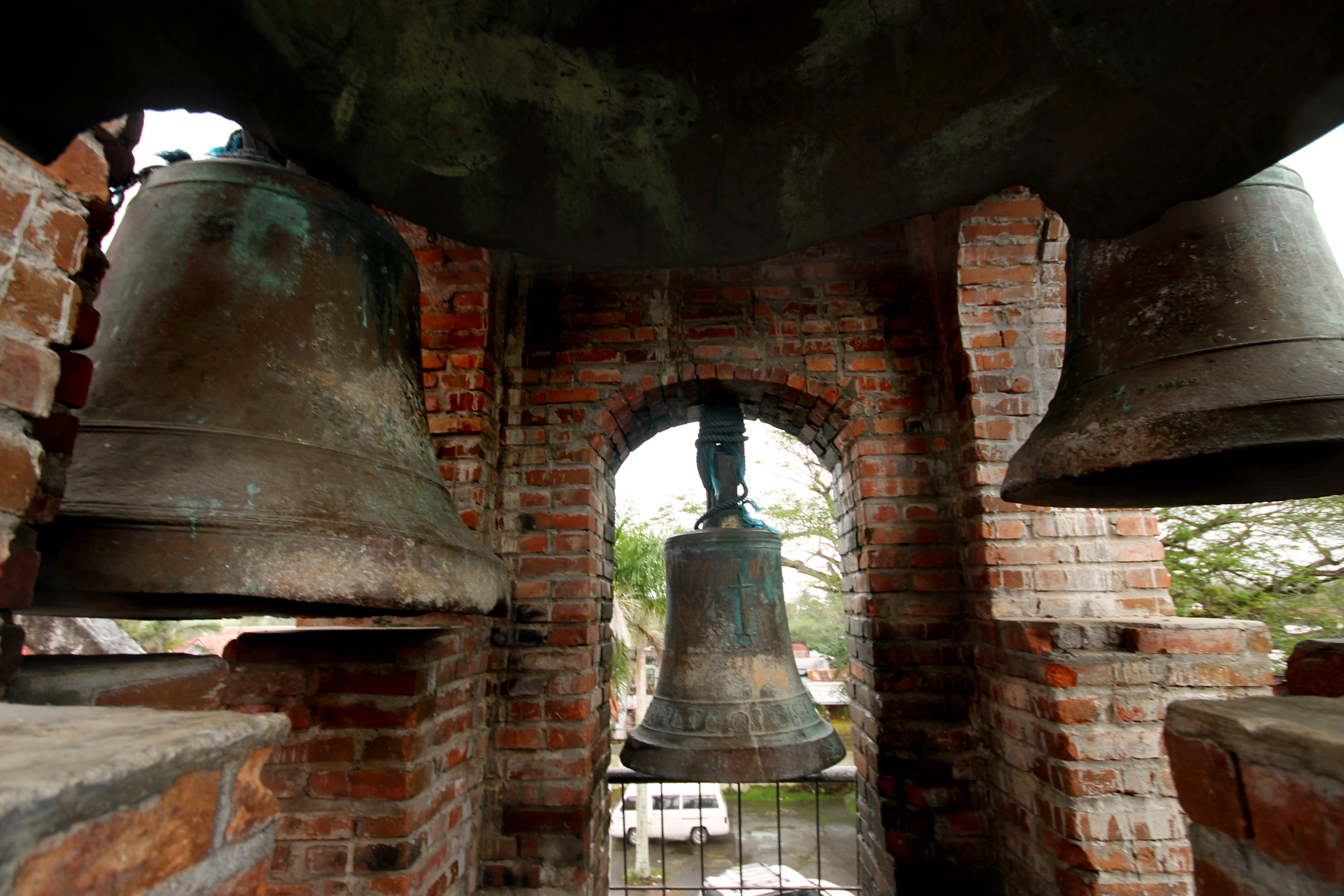 The Sancta Maria bell (center) was forged in 1595, making it the oldest church bell in Southeast Asia!

After dropping by the pottery town of Iguig, we continued northeast of Cagayan province. Just off the national highway en route to the busy trading town of Aparri is the riverside municipality of Camalaniugan, which – as proudly heralded on the town’s welcome arch – is the home of the oldest Catholic church bell not only in the Philippines but also in Southeast Asia! After having seen the largest church bell in Asia at Pan-ay, Capiz, I was looking forward to Cagayan’s own superlative antique. 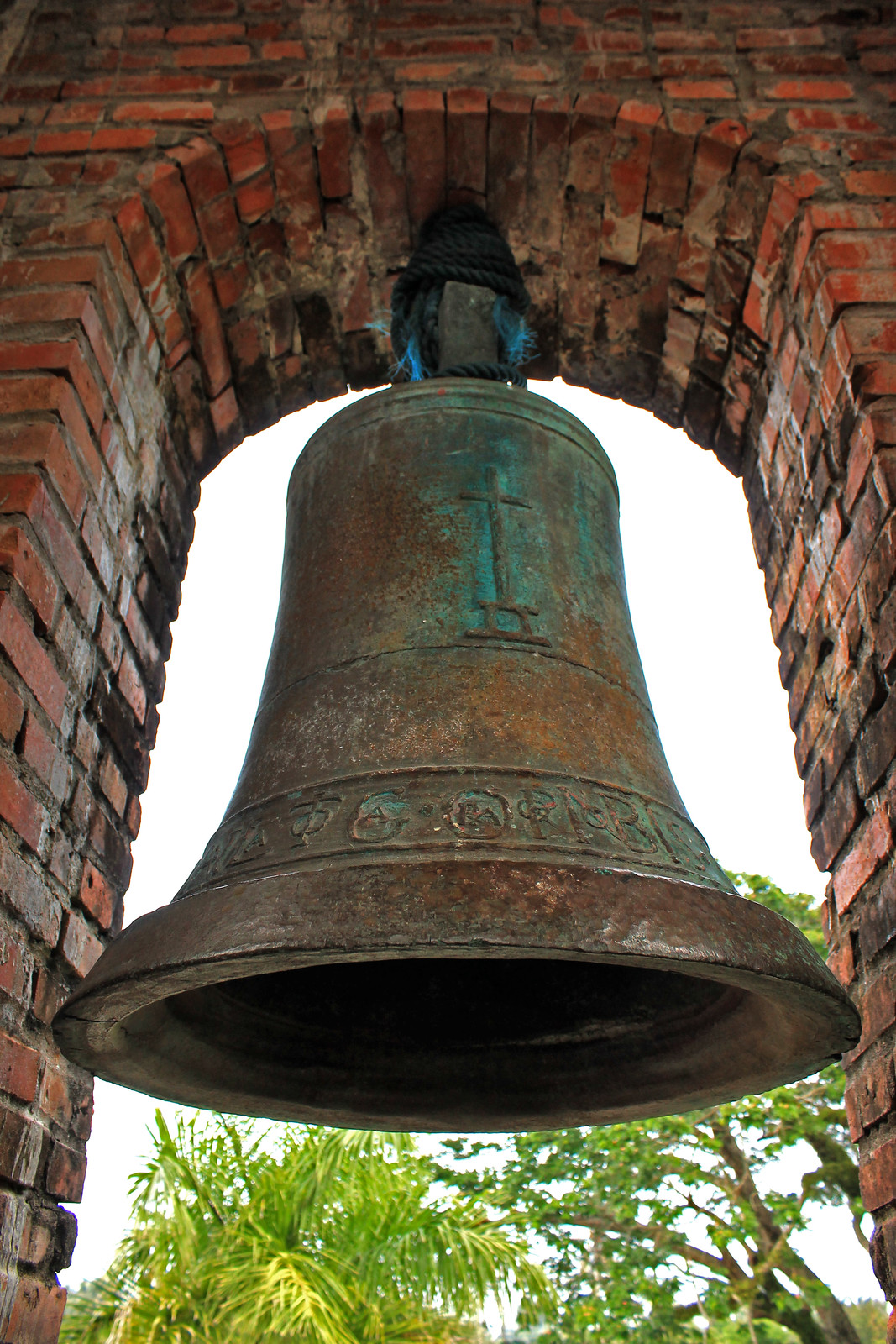 A closer look at the Sancta Maria Bell of Camalaniugan, Cagayan.

Of unknown origins, the Sancta Maria Bell was forged in 1595, the same year when Catholic friars converted the local chieftain, Datu Guiyab, and his people to Christianity. The year 1565 is also only three decades after the establishment of the Spanish colony in the Philippines by Miguel Lopez de Legazpi. It is also not known how the bell was brought to the town.

A year after, the original parish church was built, the third one in Cagayan province. A church dedicated to the Polish saint San Jacinto de Polonia (Saint Jacek of Poland) was built in 1746 but was later destroyed by typhoon and earthquake. In later years, the church was moved to its present site, away from the seasonal overflow of the Cagayan river, which threatened the foundations of the original structure. Today, the Sancta Maria bell hangs together with the town’s other historic bells in the belfry of the modern-style church.

From Junction Luna, Aparri-bound jeepneys pass by the town of Camalaniugan (PHP 120, 1.5 hours). Alight at Barangay Sapping, where a concrete marker stands by the highway. If coming from Manila, GV Florida buses ply the Manila-Aparri route, via Tuguegarao.