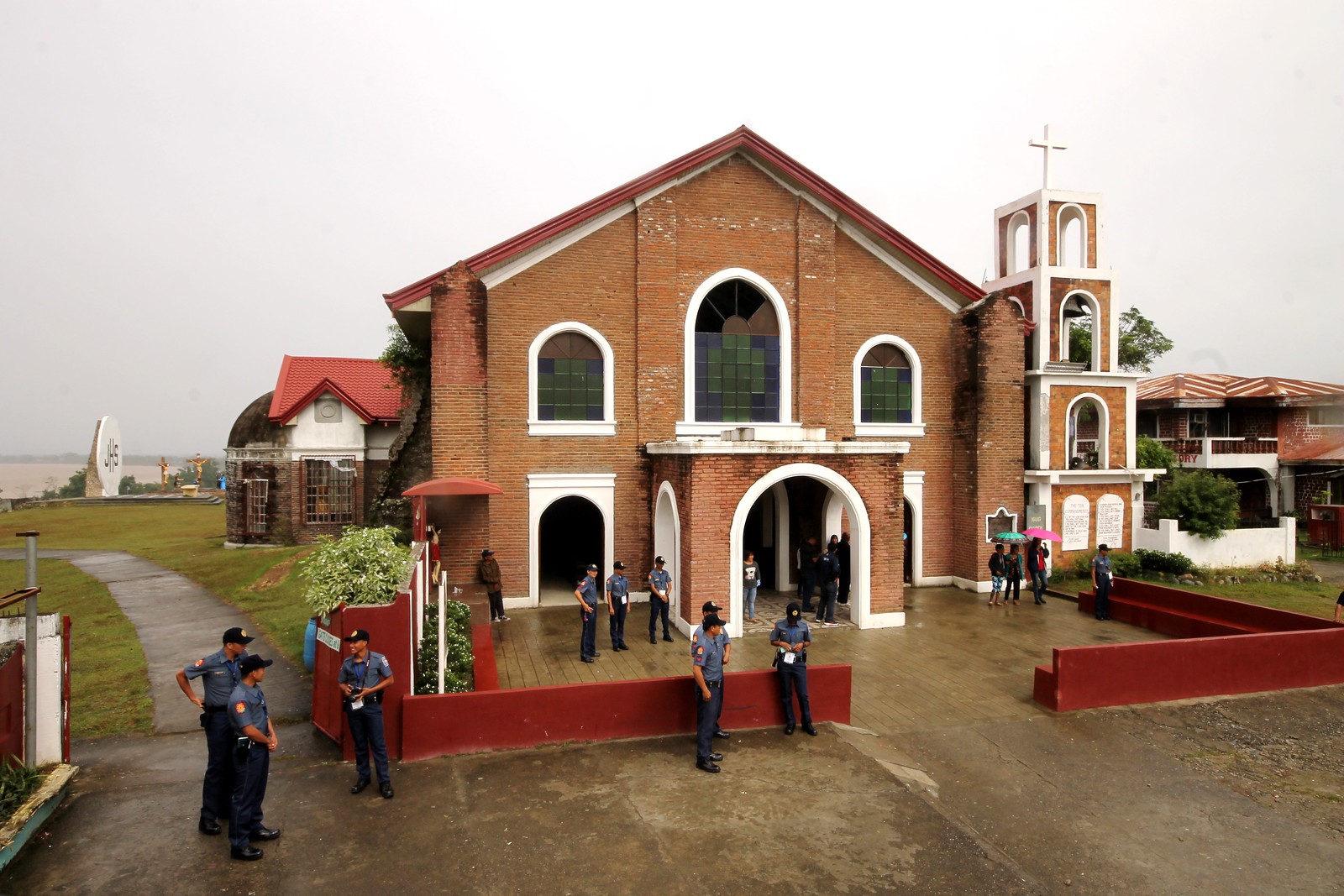 The town of Iguig, Cagayan centers around its red-brick church and Calvary Hills.

Along the highway running north from Tuguegarao City lies a small riverside town that continues to shape its unique heritage. Like many municipalities across the province of Cagayan, Iguig centers around an impressive Spanish church which – unlike others built from adobe or coral stone elsewhere in the country – is otherwise constructed from red bricks. Noted for its flying buttresses, the 18th century San Antonio de Galicia Church sits imposingly on rolling hills with open-air tableaus of the Stations of the Cross overlooking the Cagayan River. Not far away from the church are the town well and stairway ruins leading down to the river, both colonial-period vestiges also made of brick. 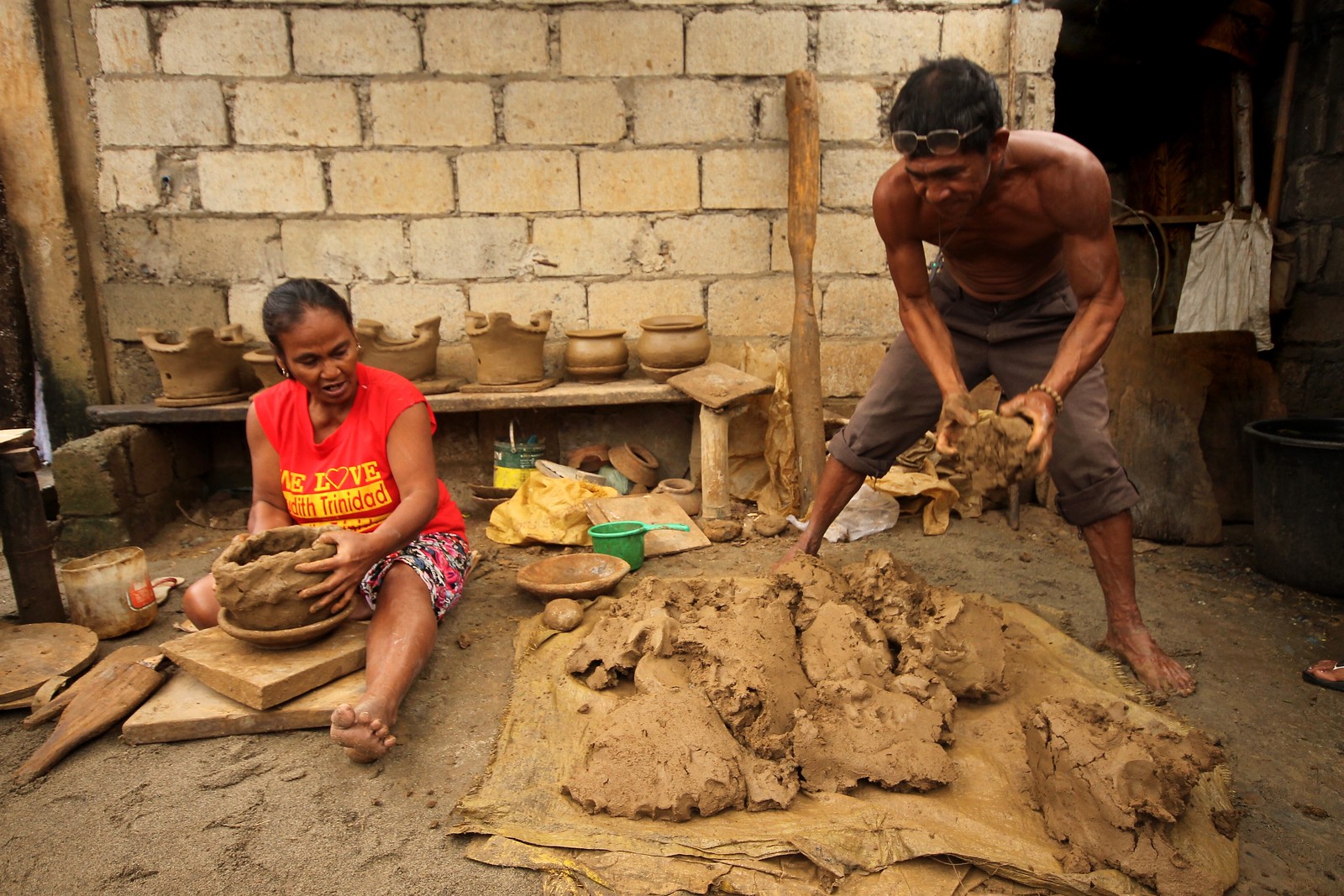 Atulu village is the epicenter of pottery and brick-making in Iguig. 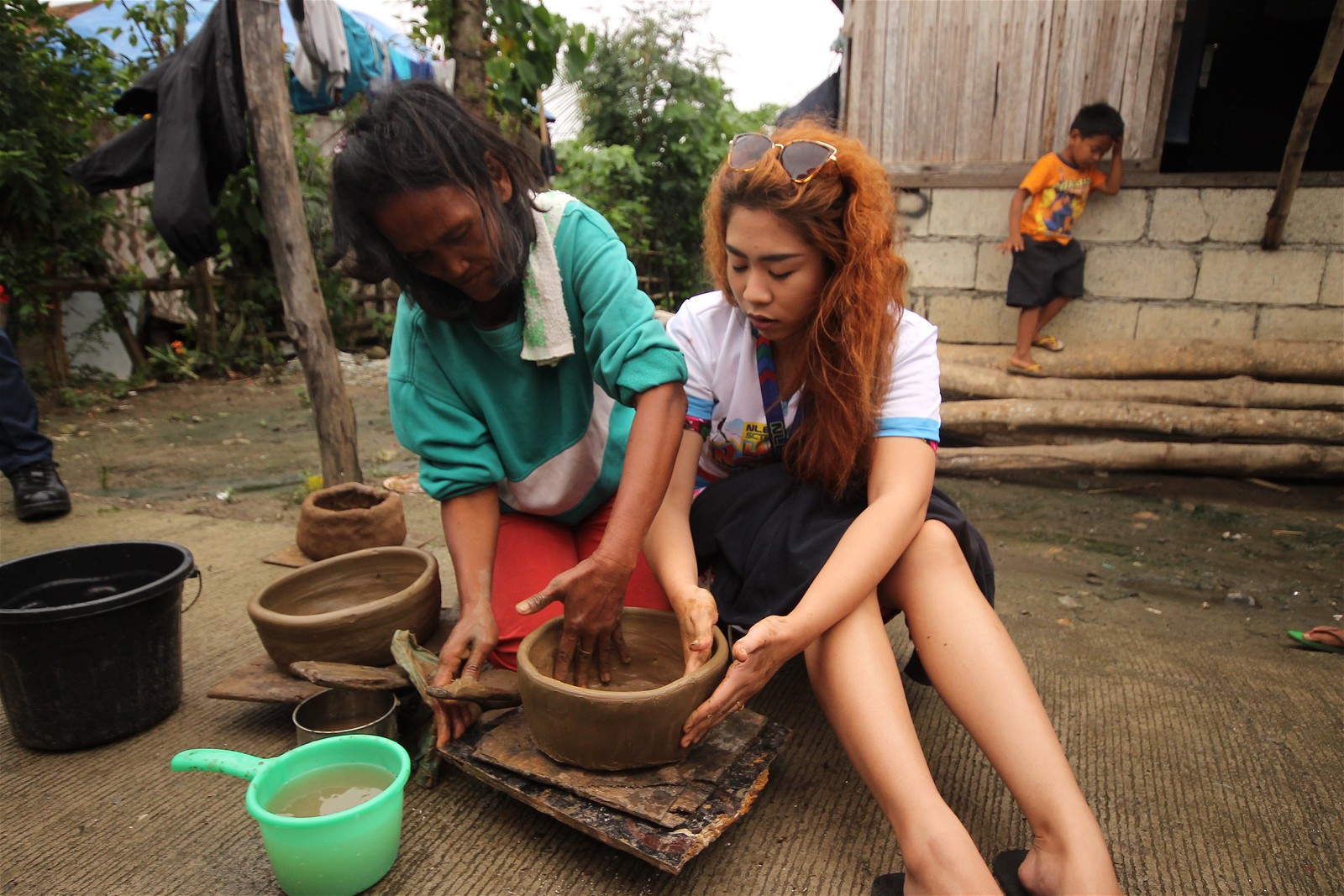 Try your hand at shaping terra-cotta ware the traditional way!

Aside from its historical sights, Iguig is also the renowned “Pottery Center of Cagayan”.  A visit to the Barangay Atulu, a nondescript village populated by indigenous Itawis people, reveals that the heritage handicraft of pottery and brick-making very much lives on to this day. Now identified as the municipality’s One Town One Product (OTOP), the cottage industry was established here in the pre-war days and has survived the devastation of World War II. 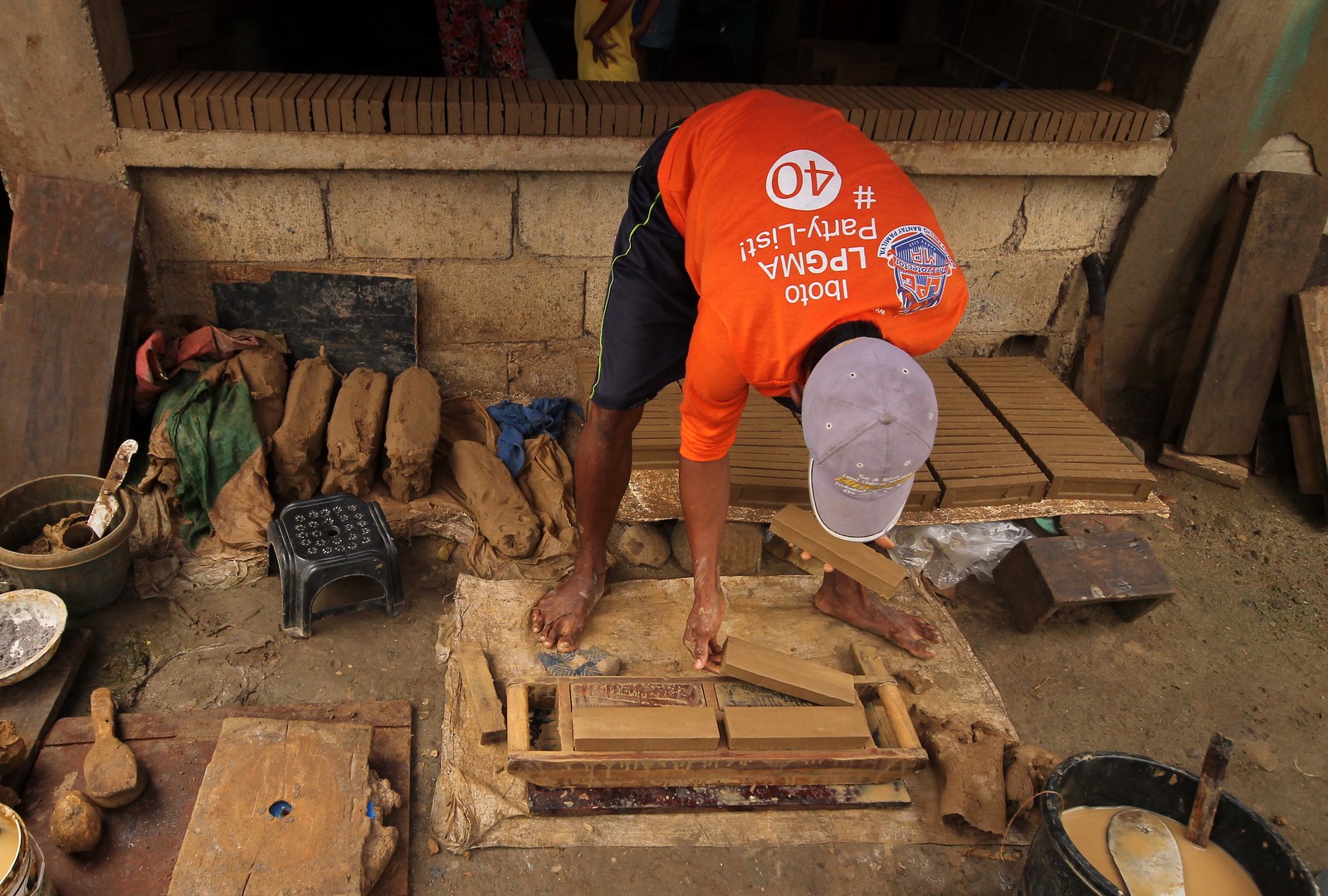 A man fills a wooden mold with clay to make bricks. 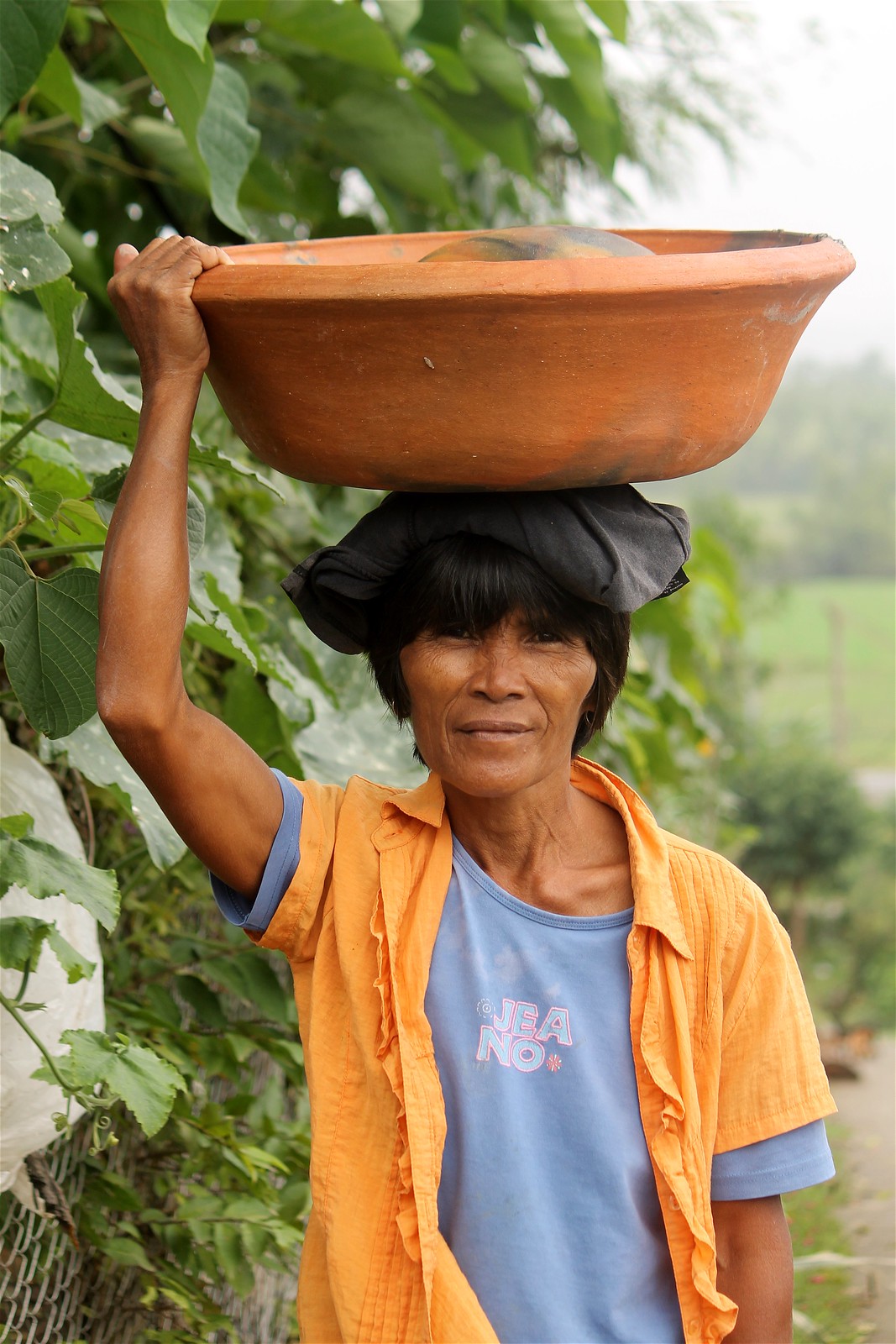 A villager delivers earthenware to the roadside shops.

Walking past shops selling terra-cotta ware line the highway, one may walk up to the village and visit the homes where local artisans mix raw clay then shaped them with their hands and simple wooden implements into a variety of functional and decorative items. After drying and firing in the kiln, the finished products are delivered to the roadside pottery shops. Among the most popular clay kitchenware purchased are kalan (stove), pugon (oven) and palayok (cooking pot).

The town’s terra-cotta heritage, as evidenced in its colonial architecture and surviving pottery village, makes it a worthy stopover when traveling north of Tuguegarao City. Don’t miss out on Iguig on your Cagayan road trip! 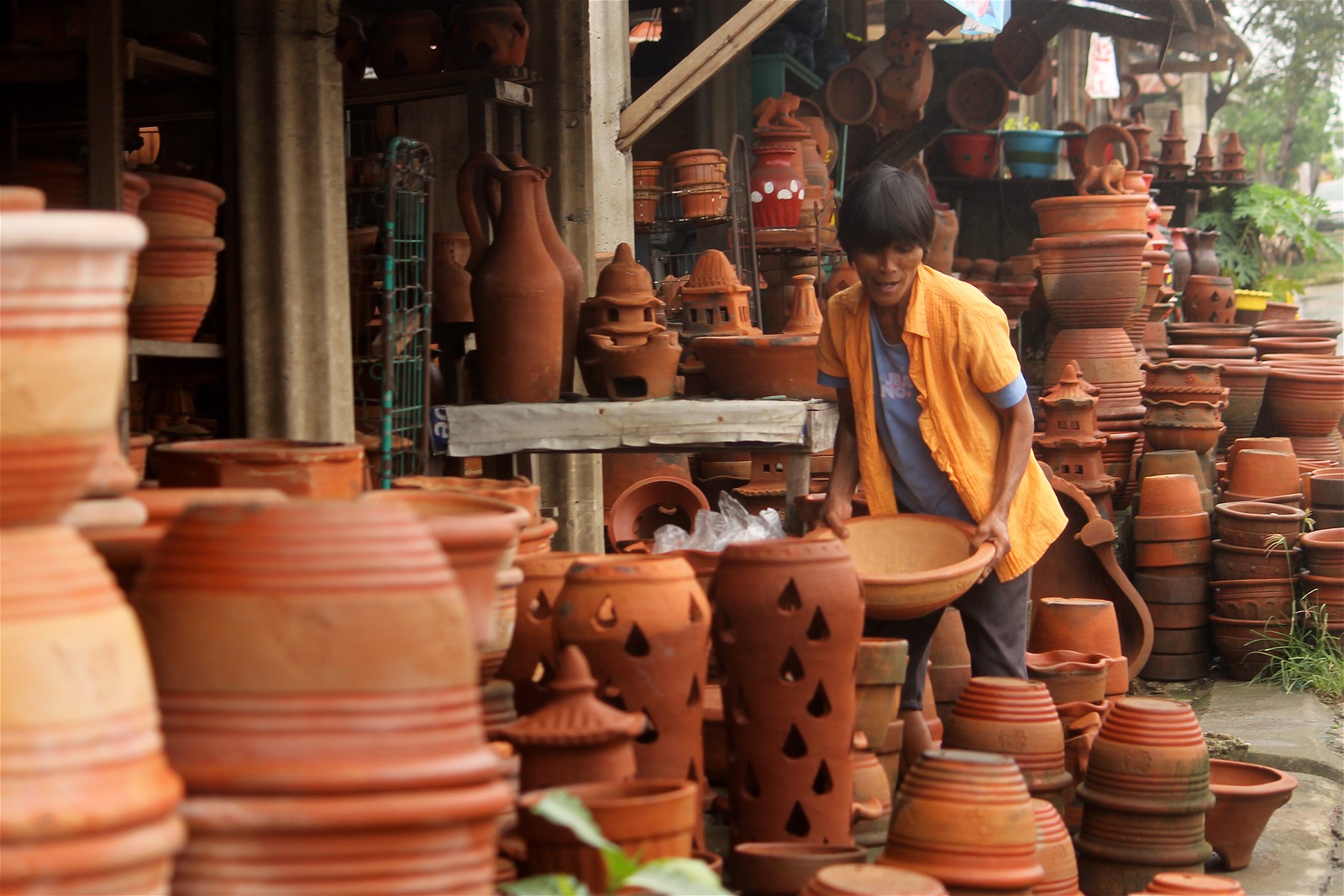 An assortment of pottery and earthenware are sold at roadside shops.

Iguig is located 16 km north of Tuguegarao City, Cagayan. Northbound vans, buses and jeepneys typically pass by this town, which is roughly 30 minutes away from the city.