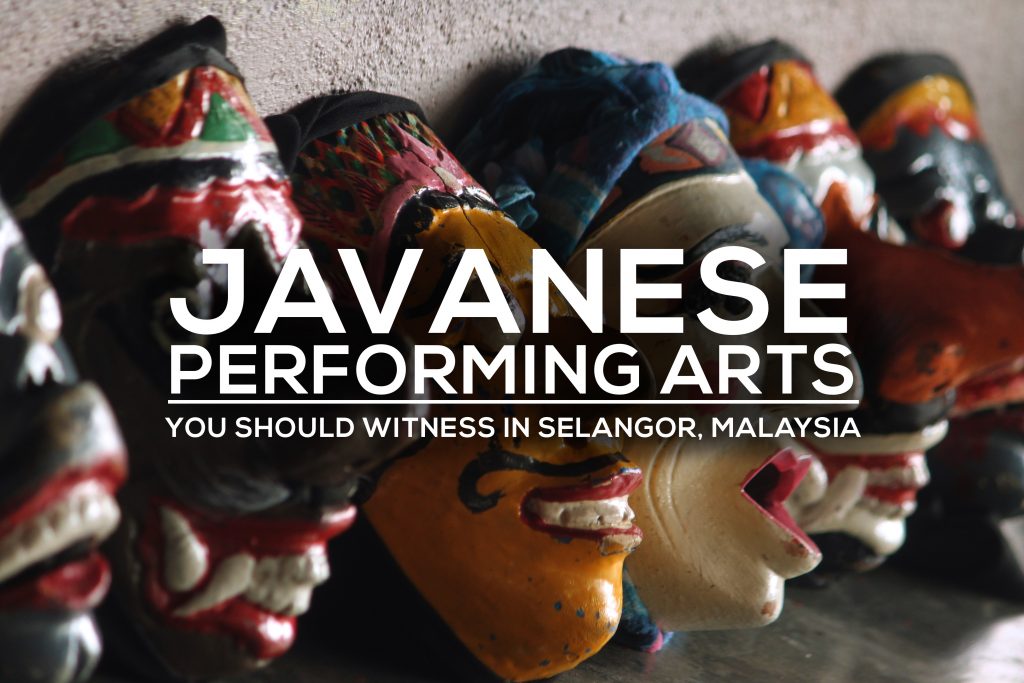 The state of Selangor, surrounding Kuala Lumpur, is a melting pot of cultures, including that of the Javanese. The Javanese people – or Orang Jawa – migrated from Central Java, Indonesia, to Malaysia from 1880 to 1930, seeking greener pastures away from the Dutch colonizers who ruled Indonesia at that time. Today, descendants of the Javanese settlers live throughout Peninsular Malaysia in parts of Perak, Selangor, and Kedah. There are also isolated communities in coastal areas of Sabah. Some Jawa have even gained influential positions in society. The Chief Minister of Selangor, for example, traces his roots back to Javanese ancestors.

While Javanese Malaysians have assimilated into the local Malay culture and speak the Malaysian language as a native tongue rather than the ancestral Javanese language, a few communities in Selangor have preserved their culture and traditions. In the past, I have also covered how Javanese heritage lives on through their cuisine. On a more recent press tour called Rentak Selangor, I witnessed firsthand some of their vibrant cultural performances.

At The Kabin container resort at Remis Beach, Jeram, we were first treated to a gamelan performance by Seni Budaya Warisan Gamelan & Wayang Kulit, a cultural troupe from Kampung Parit 11, Pasir Panjang, Sekinchan. Related to the kulintang found among Moro ethnic groups in southern Philippines, the gamelan is a percussion ensemble consisting mainly of brass gongs, drums, and xylophones. It is played during formal and informal ceremonies like traditional weddings and circumcision rites, typically performed in an ensemble of nine male musicians and six female dancers.

The gamelan troupe are also masters of wayang kulit, a shadow drama using flat, intricate puppets made out of cow’s hide against a white screen. I first witnessed this cultural performance in Yogyakarta, Central Java. Wayang kulit performances typically portray stories from the Ramayana and Mahabharata, accompanied by a musical ensemble of seven to eight members who play brass gongs, drums and bamboo wind instruments.  I was really looking forward to this particular performance, but unfortunately, the head puppeteer had to attend to a family emergency, and the troupe was unable to perform. Nonetheless, the group brought their puppets for us to take a closer look. Their very intricate designs make them exquisite art forms in themselves.

Kompang Jawa is another musical performance that accompanies festive occasions among Javanese communities. It originated during the days of Wali Sembilan (Nine Saints) in Java, when traditional music was used to attract people to the teachings of Islam. Performing songs and compositions based on the contents of Kitab Berzanji, a book of proses in praise of the Prophet Mohamed, kompang jawa is performed at mosques, madrasahs and religious activities, such as circumcision rites, weddings and the completion of the Quran recital.

The most incredible performance during the press tour was the nighttime performance of kuda kepang and barongan we witnessed at the Javanese community of Sungai Haji Dorani Homestay. Kuda kepang means “braided horse”, referring to the flat prop horses, which were traditionally made of woven rattan, used in this traditional dance. In the afternoon, we had the opportunity to learn the basic steps while carrying painted prop horses made of plywood. The real deal came in the evening when the dance troupe performed kuda kepang at the front courtyard of the village. The dance occasionally involves trance, spirit possession and exorcism. The performance began with offerings of fruit, flowers and eggs, and a fumigation ritual of all the performers to smoke out malaise from their bodies. Then, the dancers began to dance and circle the courtyard with their flat horses to the hypnotic rhythm of xylophones.

Kuda kepang is typically followed by barongan, depicting stories from the era of Prophet Sulaiman, who was able to personally communicate to animals. The dance was characterized by a pair of dancers in a tiger costume.  Eventually, the dancers broke out in trance from their routine, mimicking the movements of animals. One by one, they were reputedly possessed by the spirit of different animals like a monkey, a tiger, a snake and even an elephant, performing impressive feats and tricks like husking a coconut with their teeth or eating hot pieces of charcoal. Surprisingly, a few bystanders watching the performance, who I was later told belonged to another village’s dance troupe, also became “possessed”. The entranced performers were “controlled” by the crack of a whip. The shaman was also possessed by an elephant spirit himself and, while in trance, identified and dug out some “black magic” items that were buried at certain areas of the courtyard. The two-hour performance of kuda kepang and barongan ended with the shaman exorcising the performers one by one.

This blog post was made possible through Rentak Selangor, a media trip held last March 9 to 12, 2017 in Selangor, Malaysia. The event was organized by Tourism Selangor and media coordinator, Gaya Travel Magazine, in cooperation with Selangor Youth Generation Development, Sports, Cultural and Entrepreneurship Development (UPEN).