6 Best Things to Do in Perak, Malaysia During Ramadan 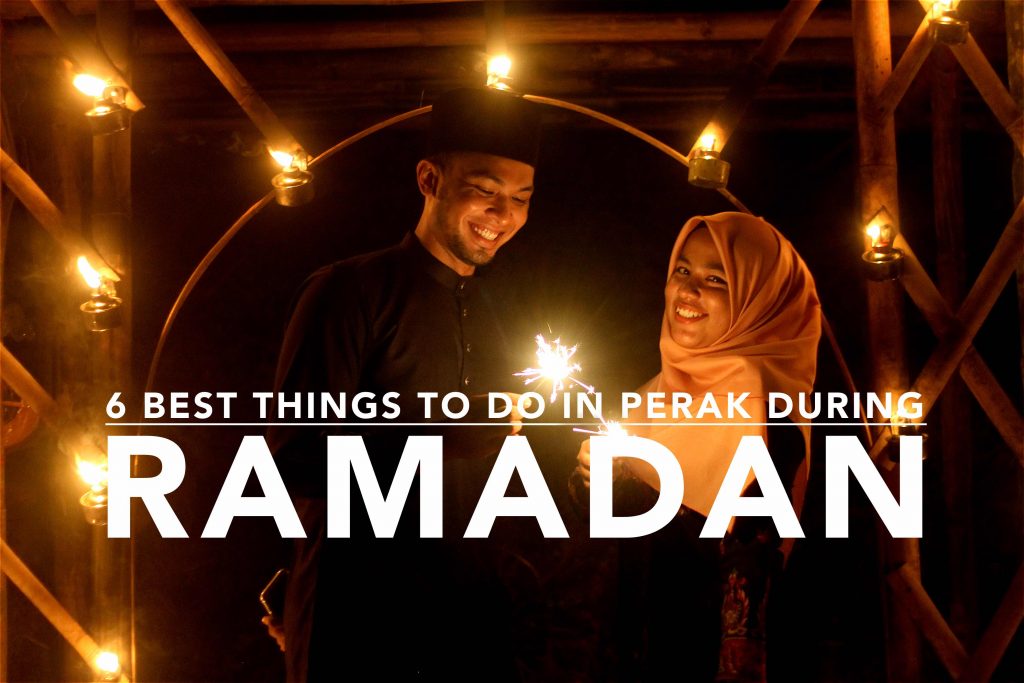 While Malaysia is a multicultural country, more than 60 percent of its population practice Islam – the country’s official religion. The most important celebration among Muslims, the fasting month of Ramadan is a solemn time to reignite the faith, a season of self-discipline, introspection and compassion for others. The ninth month of the Islamic calendar lasting at least 29 days, it commemorates the first revelation of the Quran to Muhammad.

For visitors to the country, particularly in Perak, which is only a few hours away from Kuala Lumpur, Ramadan is the ideal time to visit remarkable mosques, enjoy local food, and partake in cultural traditions. As I’ve experienced during the Perak World of Wonders – Ramadhan Edition media tour from June 14 to 17 during this year’s celebration, it’s a season not to be missed! 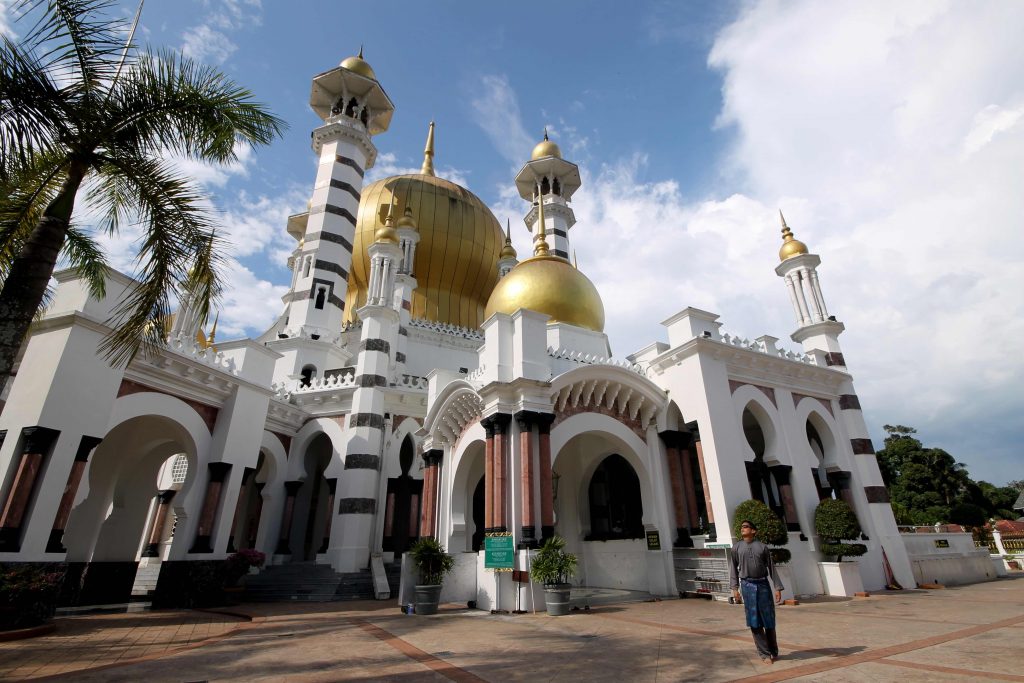 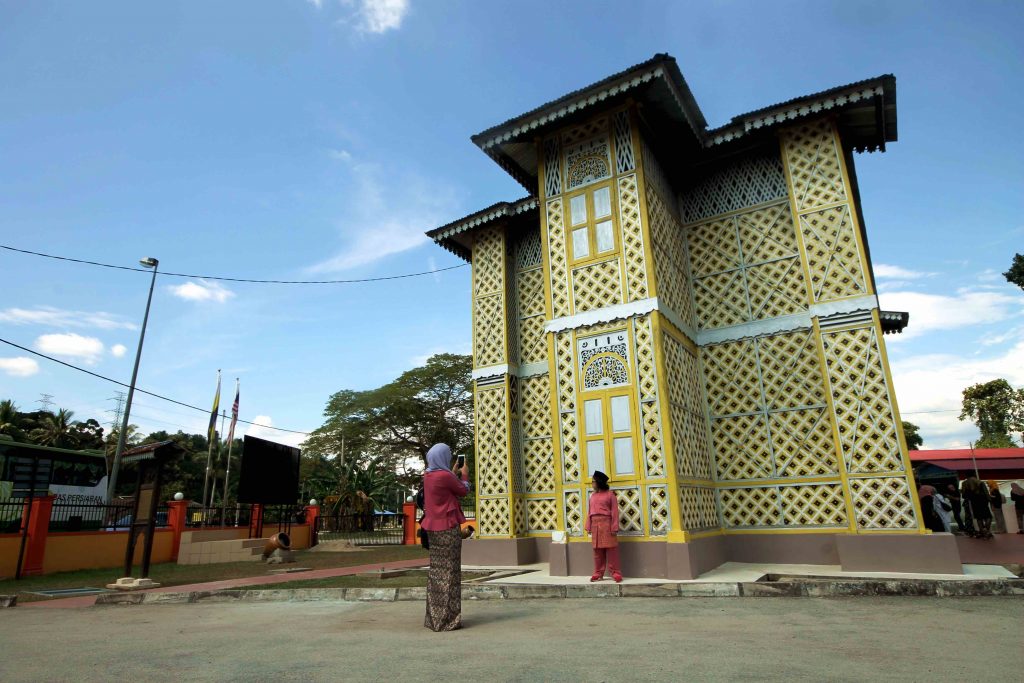 Mosques are centers of religious and social life in Muslim countries like Malaysia, and especially come alive during Ramadan as places of worship. Perak has some of the most beautiful mosques in the country, particularly in the royal town of Kuala Kangsar, where we visited the best examples. Rising above the quaint settlement with its golden dome and minarets, Ubudiah Mosque ranks high on lists of the most beautiful mosques in Malaysia. Built from 1913 to 1917, it was designed by British government architect Arthur Benison Hubback, the man behind other iconic colonial-period buildings such as Jamek Mosque and the railway stations in Ipoh and Kuala Lumpur.

Another fine example was Ihsaniah Iskandariah Mosque in Padang Rengas town, commissioned by Sultan Iskandar of Perak in 1936. Unlike Ubudiah, this was modest in size but exhibited exquisite craftsmanship with its plaited kelarai or woven bamboo strip walls and woodcarving details by Chinese artisans, inspired by the royal residence Istana Kenangan. The structure was abandoned in 1976 and become dilapidated through the decades after a newer mosque was built near it, but thankfully this heritage mosque was later completely restored in 2009.

Lastly, we visited Masjid Muhammadiah Tasek Ipoh (Masjid China) in the city of Ipoh, reputedly the country’s first mosque with “100% chinese architectural design.” From afar, one can easily mistake it for a Chinese temple with its terra-cotta roof imported from Longyan, Fujian province. 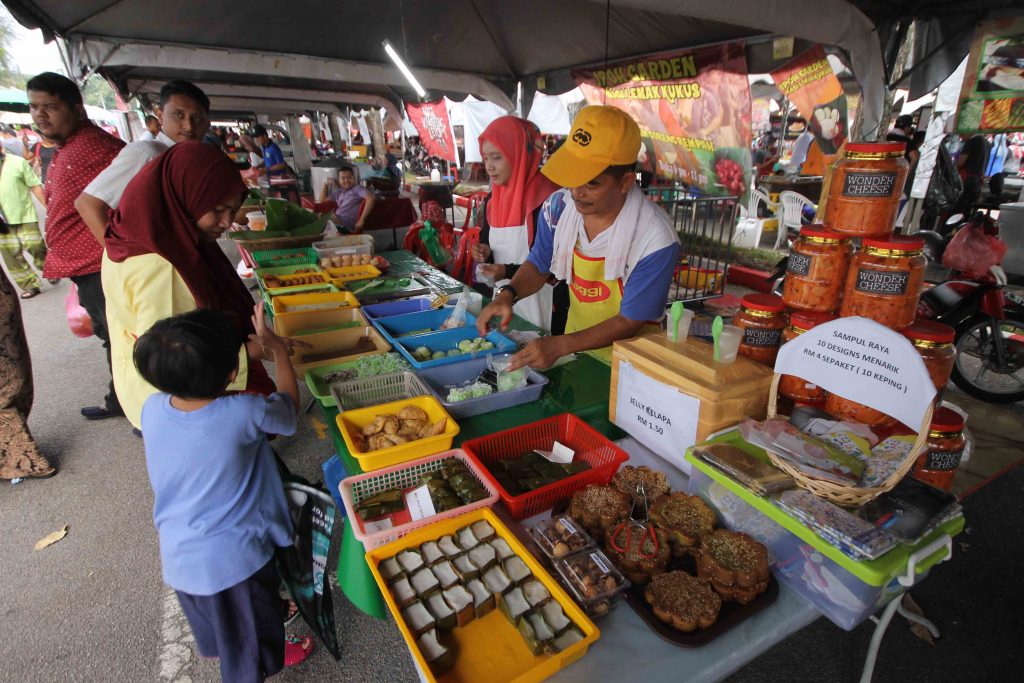 Attention: food lovers! Devout Muslims fast during Ramadan, refraining from taking any food or drink from sunrise to sundown. For travelers, it may be counter-intuitive to go on a food trip during a time of fasting, but come every late afternoon food bazaars called Pasar Ramadan – or param in short – pop up across the country, offering a vast array of culinary offerings for the fast-breaking meal called iftar, or buka puasa in Malay, after each day. In Ipoh, we stayed at a new stylish boutique stay called M Roof Hotel & Residences, which was located a short walk away from a local param. There were rows and rows of stalls selling everything from light snacks like traditional rice cakes to heavier meals like grilled lamb and chicken. It was a feast for the senses, and one could probably spend several hours just sampling foodstuff. But since we were pressed for time, I quickly got myself some kurma madu (honey dates) – traditionally the first thing one should eat first to break the fast, durian crepe and a huge-ass cup of iced teh tarik (milk tea)! 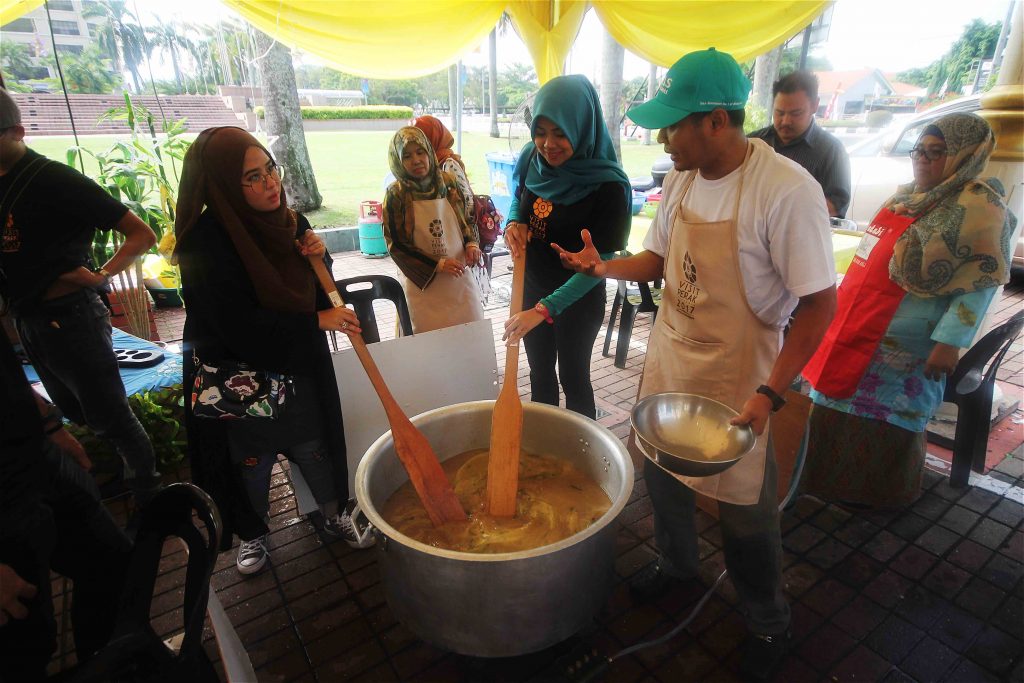 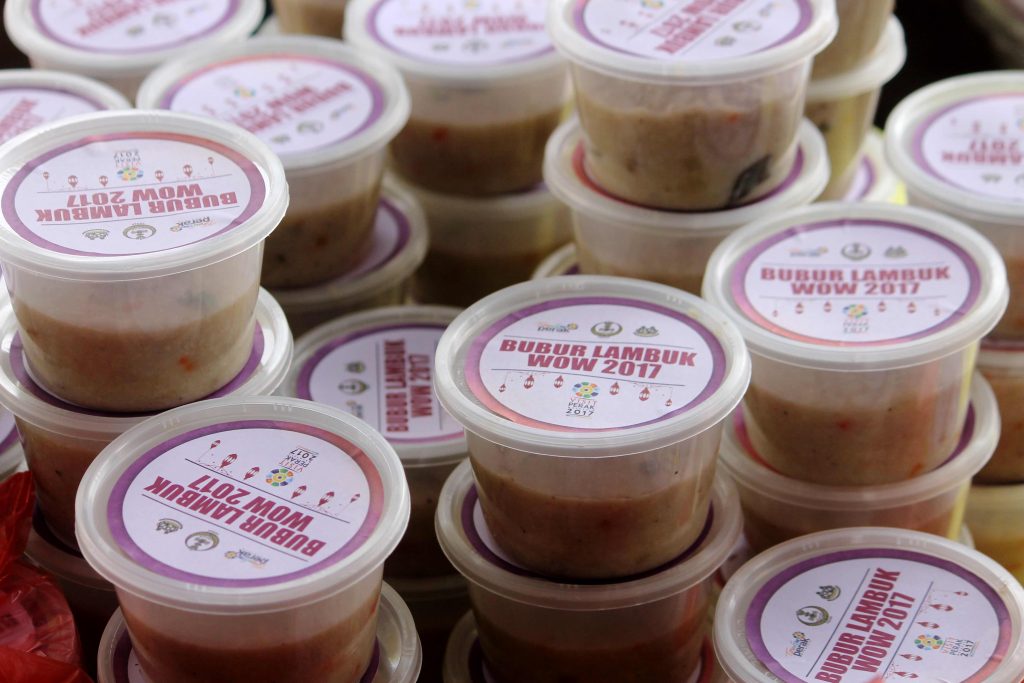 Besides the food markets, another highlight for iftar is bubur lambuk, a traditional Malay spicy porridge often distributed at mosques to break the fast. The name literally means “scattered porridge” referring to how this no-frills dish is made by casually throwing ingredients into a pot. It’s typically made with chicken, but there are special varieties made with unique ingredients like deer. At Dataran Ipoh, right in the heart of the city, we dropped by at bubur lambuk competition organized by the state government, tourism board and city council, where we helped prepare huge pots of the Ramadan favorite. Around 20 NGOs and government agencies participated, preparing more than 10,000 bowls to be distributed to passersby and motorists from 3 PM onwards. It was heart-warming to witness the community spirit, watching people come together – themselves fasting during the day – to prepare and hand out food  in celebration of the holiest time of the year for Muslims. 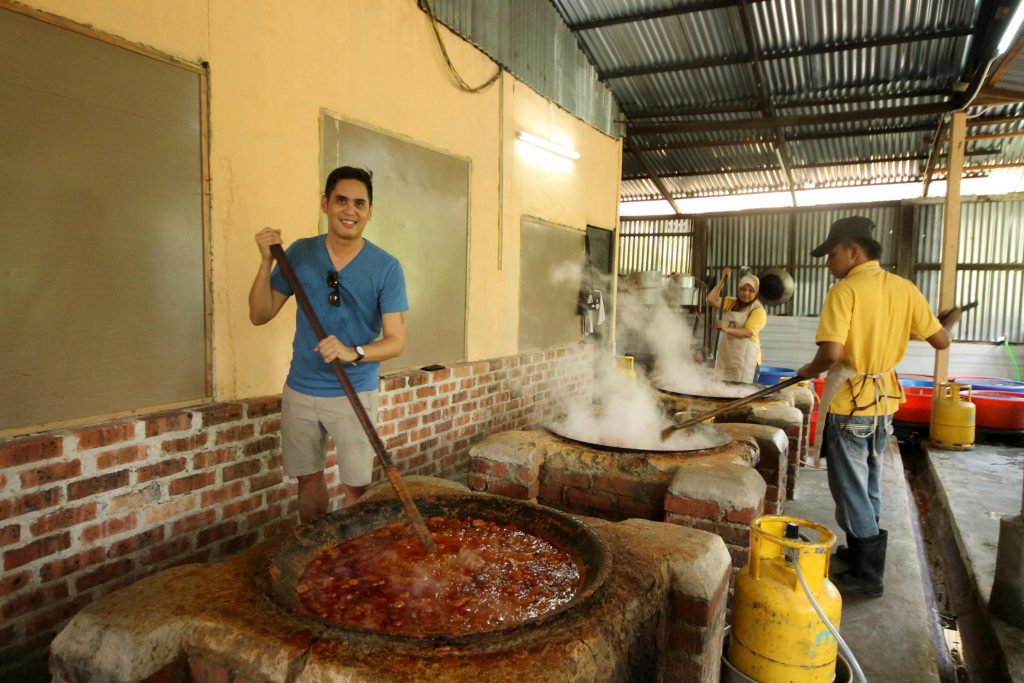 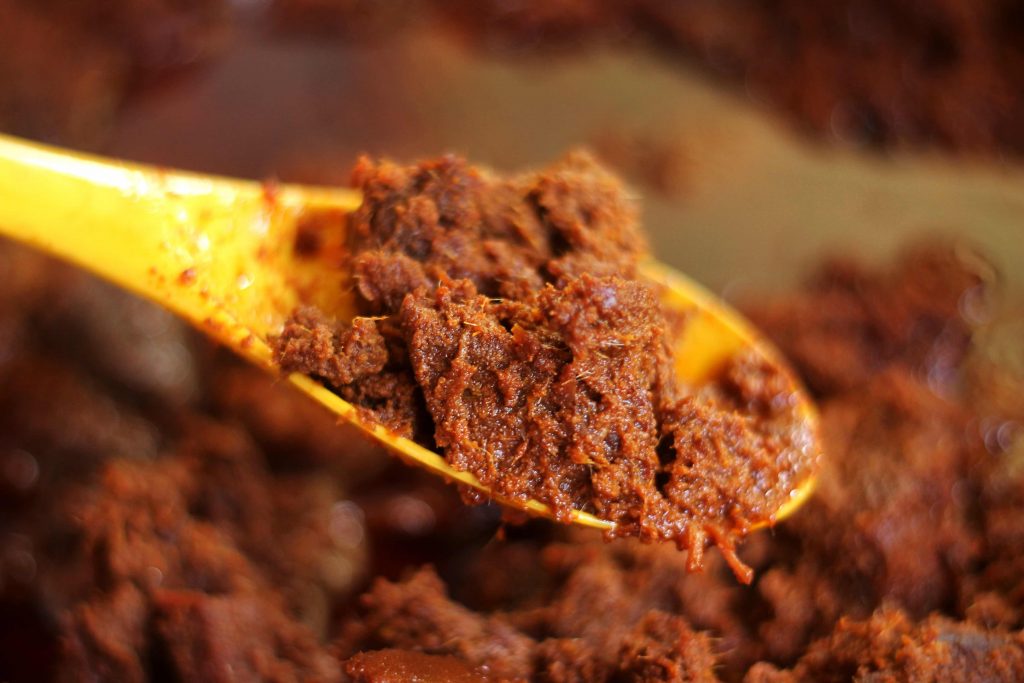 Learn how to cook rendang tok.

Ramadan culminates in Hari Raya Aidilfitri, when it is customary for city dwellers to return to their hometown to pray and celebrate with their families and to ask forgiveness from parents, in-laws, and other elders. This is known in Malaysia as balik kampung (homecoming). During this occasion, families come together to feast on special traditional dishes such as rendang, a spicy meat dish (often made with beef) which originated from the Minangkabau ethnic group of Indonesia.  It is a requisite dish for special occasions from birth ceremonies to circumcision, marriage, Qur’an recitals, and religious festivals. A rendang variety found in Perak, characterized by its drier consistency and liberal use of spices such as coriander, cumin, fennel and black pepper is called rendang tok (royal rendang), a recipe from the state’s royal family. Established in 1959, Rendang Tok Mak Nik (Tel. +60 5-322 5598) is reputedly the best brand, which started out in a humble home in Ipoh. Here, we witnessed how the dish was traditionally prepared in large batches, cooked over fire in large iron woks for four hours. The company now operates a processing plant in Taiping to meet the demand in the Middle East and the rest of Southeast Asia, including the Philippines, especially for Hari Raya. They make ready-to-eat rendang and rendang paste conveniently packed in foil pouches. 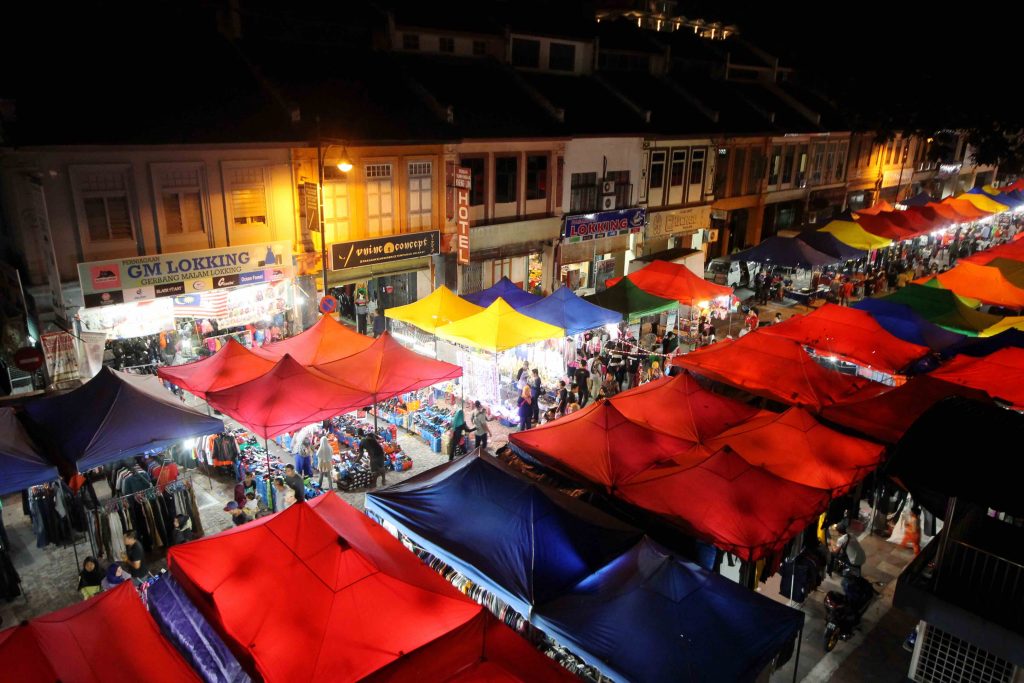 What to do after breaking fast? Why, go shopping of course! Since activities are limited during day while Muslims fast, the night comes alive with many opting to do their shopping after sundown at pasar malam or night markets throughout the country. The most popular one in Ipoh is found Gerbang Malam, located at Jalan Dato Tahwil Azar, Taman Jubilee, amidst traditional shophouses right in the middle of the city. Here, you can find rows of stalls selling clothing, shoes, bags, accessories, homeware and other knickknacks. There were even stalls doing henna tattoos and reflexology massages. The market was colorful and buzzing with activity. If you’re doing some serious shopping, I suggest that you arm yourself with bargaining skills to bag the best deals. 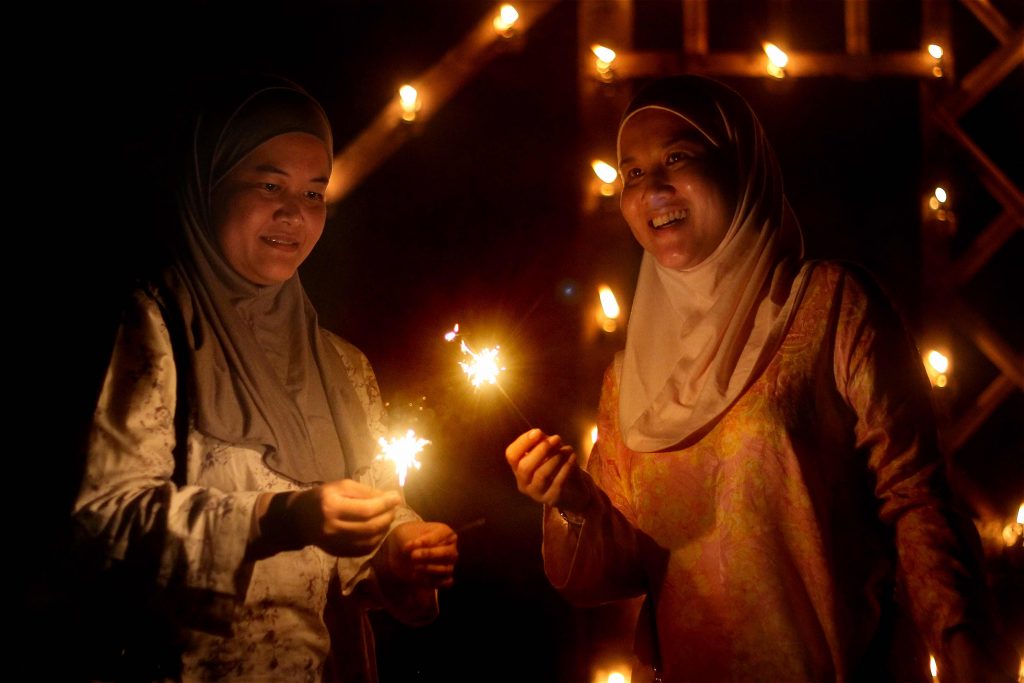 Marvel at a festival of lights.

In many parts of Malaysia, especially in the rural areas, pelita or panjut (oil lamps) are lit up and placed outside and around homes, while tiki torches themselves are also a popular decoration for that holiday. During the Pesta Panjut (Oil Lamp Festival), celebrated during the last 10 days of Ramadan in Kuala Kangsar, lamps outline elaborate bamboo framework that form platforms and mosques. While some say that this custom is influenced by Hindu celebrations like Deepavali, there are those who say it was started by villagers in the olden days to light up the paths towards the mosque and encourage people to perform the terawih night prayers. Sparklers and firecrackers are also sometimes lit up during Hari Raya, adding to the festive atmosphere of the occasion.  Before enjoying an iftar meal, we watched a demonstration at Kampung Changkat Gohor, one of the villages participating in a competition organized to revive this holiday tradition among local communities, as it was once prohibited for being “un-Islamic” after gaining wide popularity since the 1980s. It was magical seeing the panjut lit up one by one with bamboo torches, and watching them flicker and glow as dusk turned to night.

This blog post was made possible through “Perak World of Wonders – Ramadhan Edition”, a media trip held last June 13 to 17, 2017 in Perak, Malaysia. The event was organized by Perak Tourism and media coordinator, Gaya Travel Magazine.