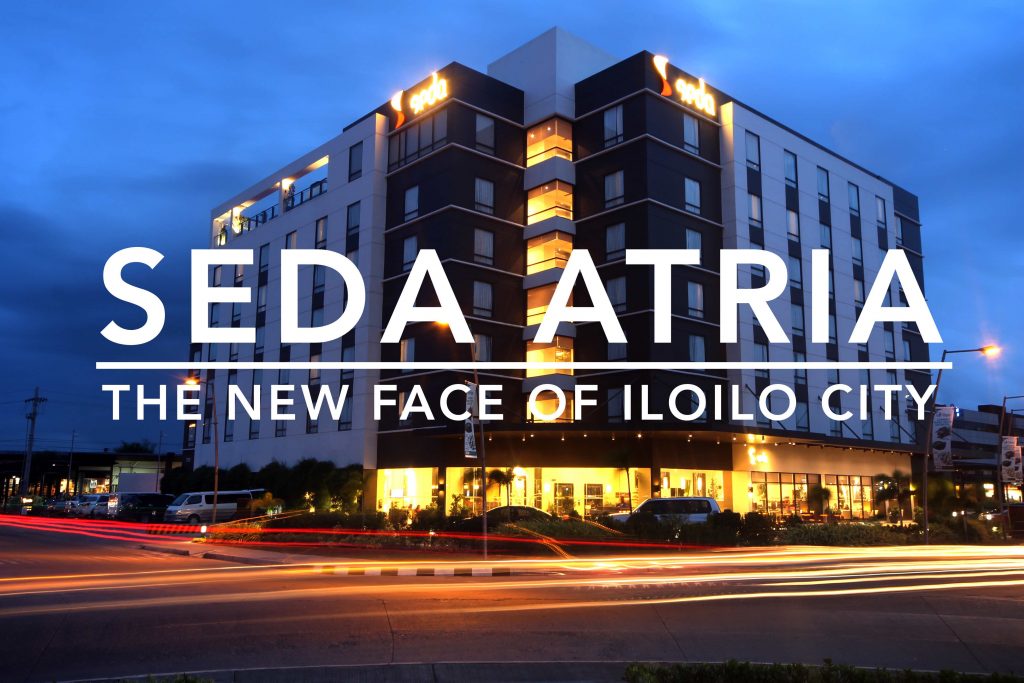 In recent years, Iloilo City has been enjoying a renaissance of sorts: its heritage buildings are being restored, the Iloilo River revitalized with an esplanade, and new commercial districts are on the rise. It’s the reason why the city beckons me back time and again. I always look forward to what the progressive city has offer on every visit. It could very well rival Cebu City in the Visayas region sooner than later. 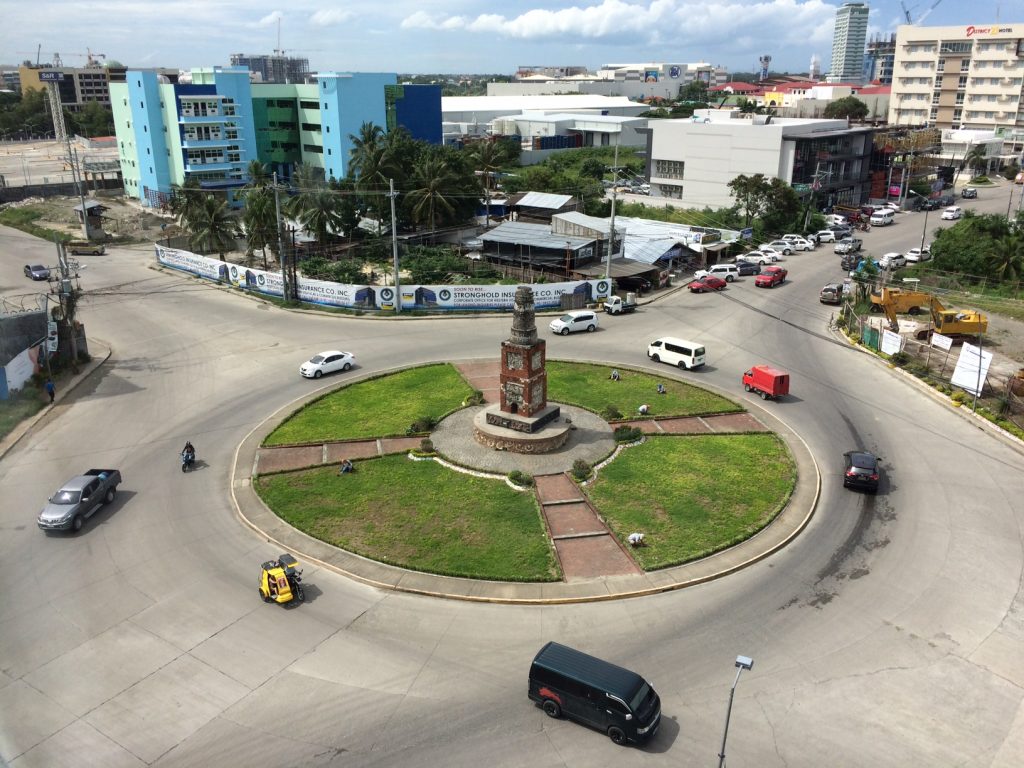 One new hotel that truly captures the cosmopolitan face of the city is Seda Atria, a 150-room luxury hotel located in Ayala Land’s Atria District, a rising commercial area in Mandurriao. The modern hotel stands next to a roundabout where the Donato Pison Monument stands – a sugar mill chimney relocated in honor of one of the city’s entrepreneurial patriarchs. It’s an interesting juxtaposition of old and new, which reflects the spirit of the city. The new hotel is conveniently located near the city’s shopping, dining and nightlife hotspots like Smallville, Atria, Plazuela de Iloilo and SM City Iloilo. Megaworld’s new development at the old airport, Iloilo Business Park, is also just a stone’s throw away. 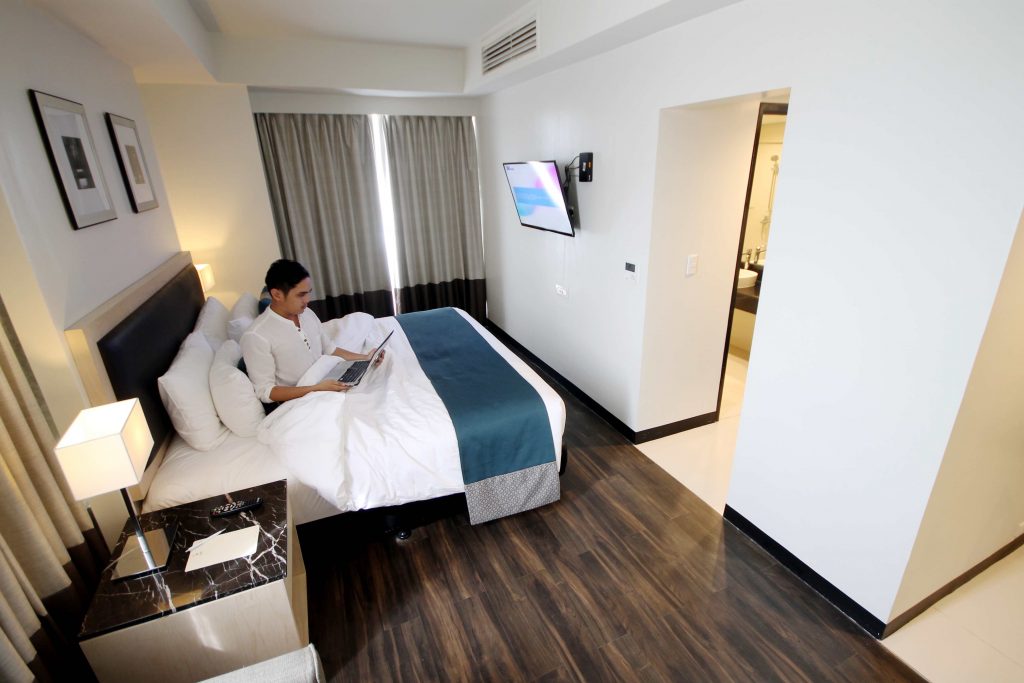 Seda Atria has 150 comfy, spacious and well-appointed rooms with a cosmopolitan ambiance.

Seda Atria has 150 comfy rooms with LED HDTV with cable channels, media panel with HDMI, USB and audio-visual connectivity, complimentary Wi-Fi and broadband internet access, IDD phone with iPod dock, alarm clock, and radio, coffee and tea making facilities, mini-bar and in-room safe. The hotel also has a 24-hour gym (which was rather small and unimpressive) and a rooftop bar overlooking the city.

Accommodation comes with breakfast buffet at the ground-level Misto restaurant, which offers all-day dining with a medley of local and international cuisines. The buffet spread in the morning was of an international standard, but what I appreciated most were the local offerings like pancit molo (dumpling soup) and ibus (sticky rice), which provided a taste of the a culinary heritage of the province. For more food options, check out the nightlife hotspot of Smallville, or the Shops at Atria, a dining complex next-door. 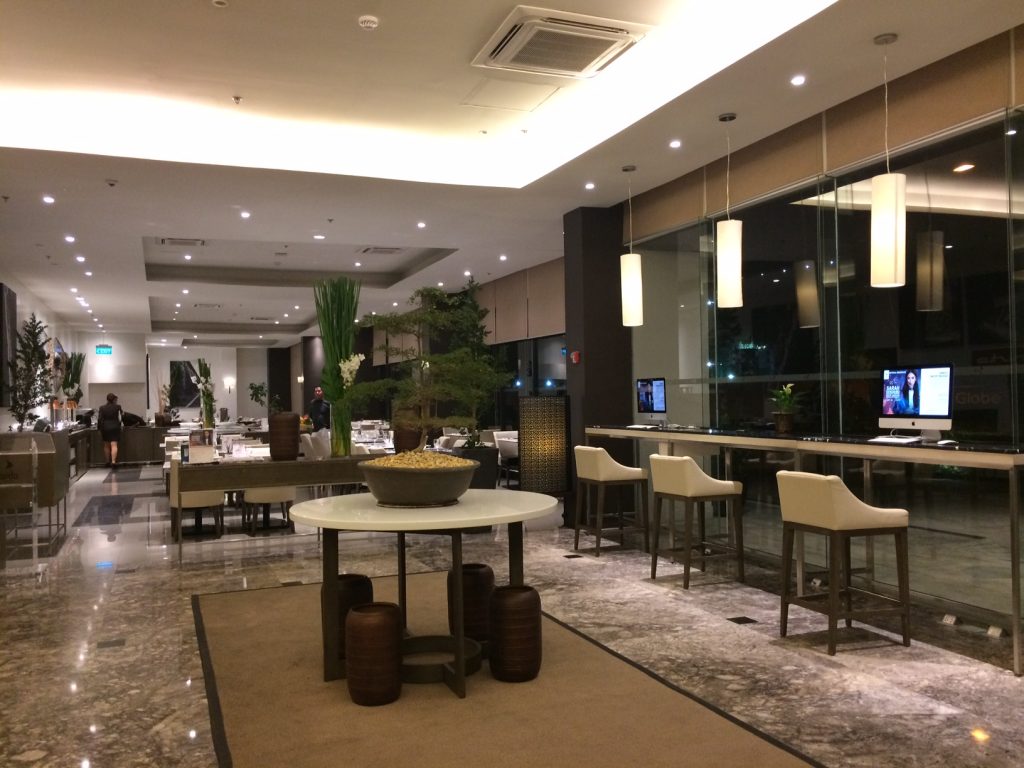 The lobby and restaurant area has an elegant yet inviting atmosphere. 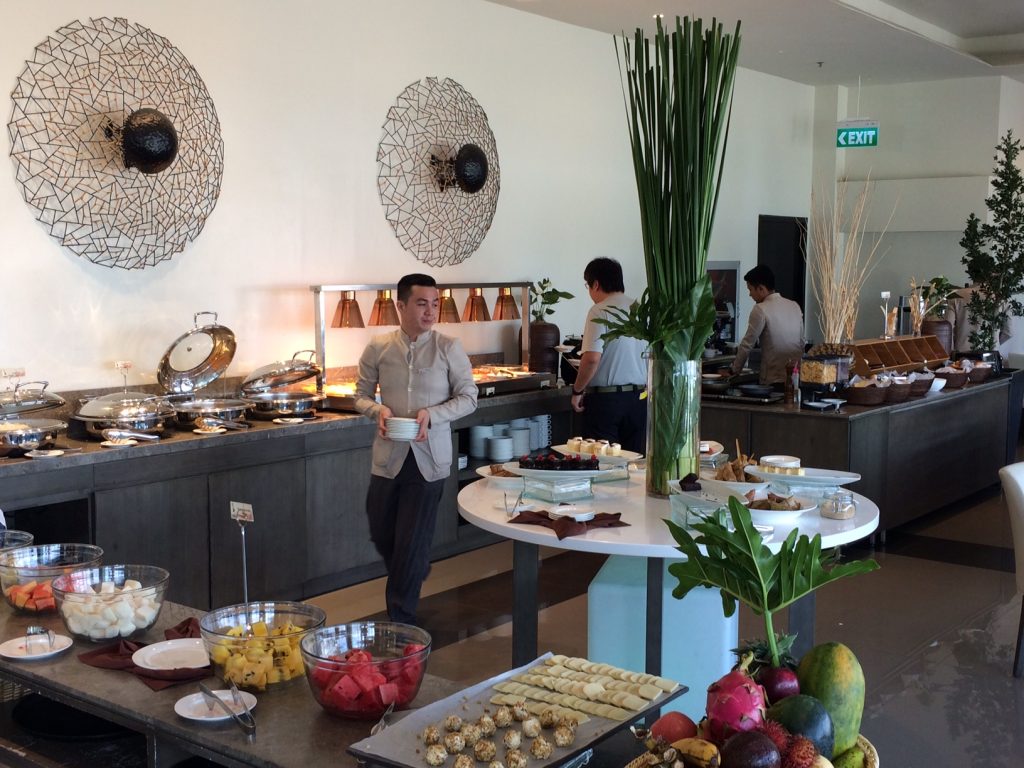 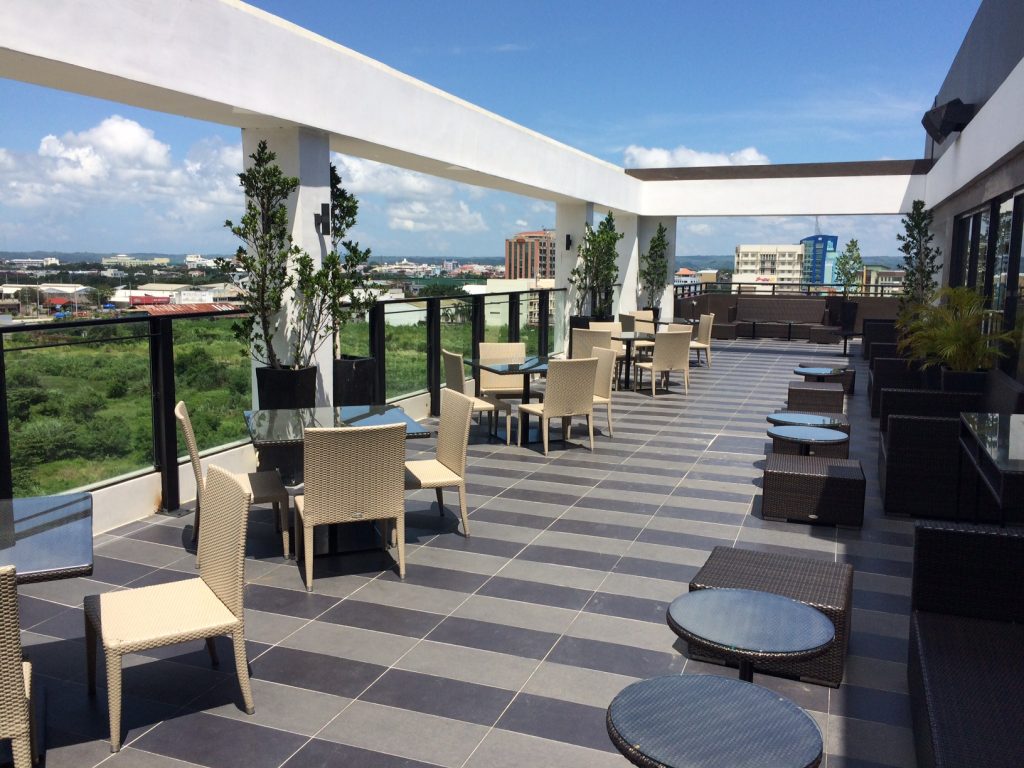 Straight Up roof deck bar overlooking the neighboring commercial districts and the rest of the city.

Accommodation at Seda Atria starts at PHP 4,200 for a Deluxe Room with buffet breakfast for two. Search for discounted room rates here!

From Iloilo International Airport take a shuttle van to SM City Iloilo, where you take a quick cab ride, or simply walk to the hotel for 15 minutes. From elsewhere in the city, one can take any jeepney that plies Diversion Road (Benigno Aquino Ave) and alight at the corner of Donato Pison Ave, where you can walk 300 meters to Seda Atria, next the roundabout.