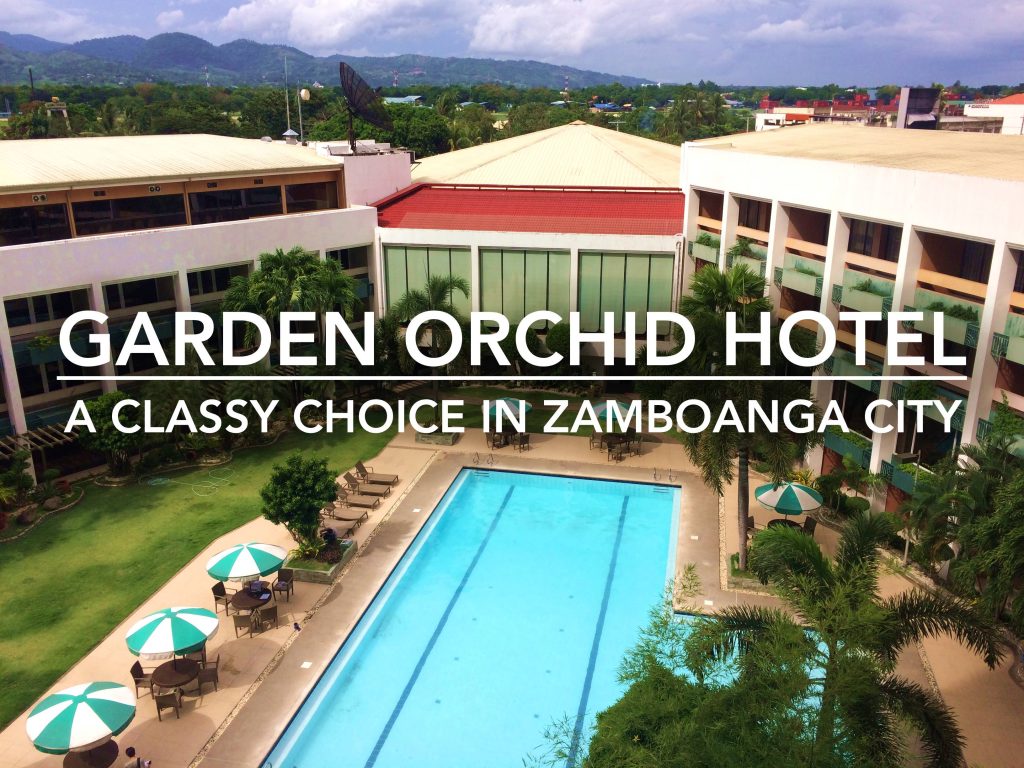 Established in 1993, Garden Orchid Hotel is one of the landmark hotels in Zamboanga City. I was billeted in this four-star hotel by the city tourism during the Zamboanga Hermosa Festival. Through the years, the hotel has expanded. Now it consists of a main hotel building and much newer annex building, both structures sandwiching a garden and swimming pool. It’s the biggest hotel in the city with 205 rooms! More than its size, what stood out for me with this establishment is its close proximity to the airport, which is only 400 meters away. One can reach the hotel from the airport on foot in only five minutes. Another standout aspect of the hotel was the customer service, particularly the most helpful doorman at the main entrance, who wrapped the durian I asked them to store for me until my departure. 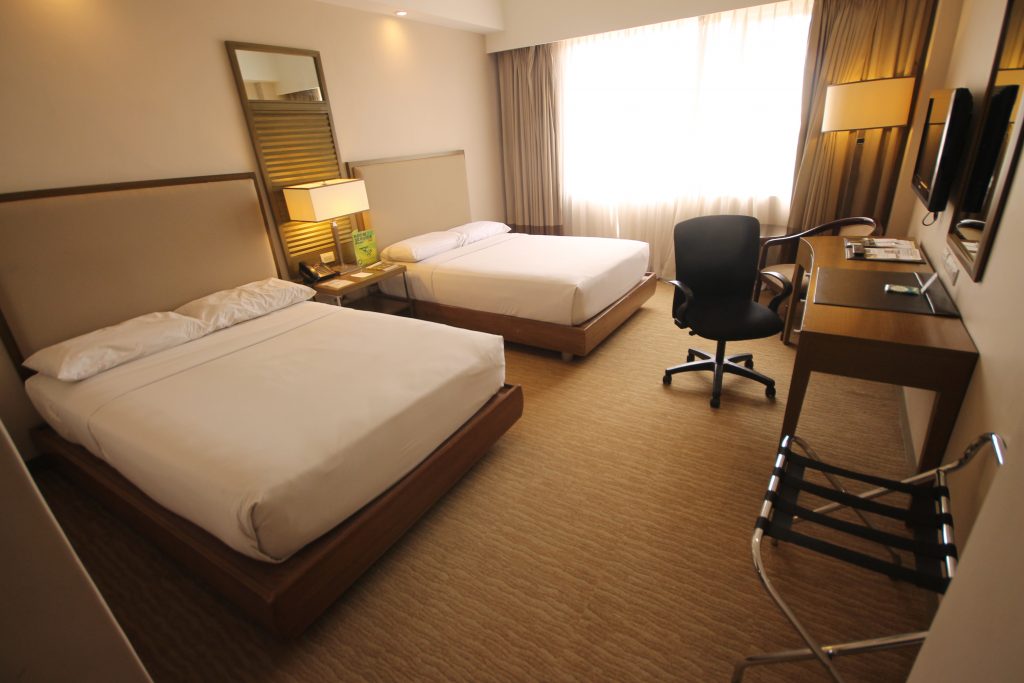 The hotel’s 205 well-appointed rooms are furnished in warm earth tones.

Garden Orchid Hotel has 205 rooms in warm and muted colors, each furnished with amenities like a minibar and refrigerator, telephone, cable tv and piped-in music. It also has a coffee shop, a Japanese restaurant, a lobby bar, a disco, a convention center and various function rooms, a travel agency, a business center, a fitness center with pool, gym and sauna.  Overall, the interior design is classic, but looks outdated, especially at the older main building. A renovation should be in order to revitalize the ambiance of the hotel.

Rooms come with complimentary breakfast buffet at their cafe in the main hotel building. Considering the size of the hotel, I would have preferred that there was another cafe or restaurant for the convenience of guests staying at the annex. More disappointingly, the food at the breakfast buffet was lackluster, weighing in the four-star status of the hotel. However, the a la carte lunch I had at the same cafe fared way better. 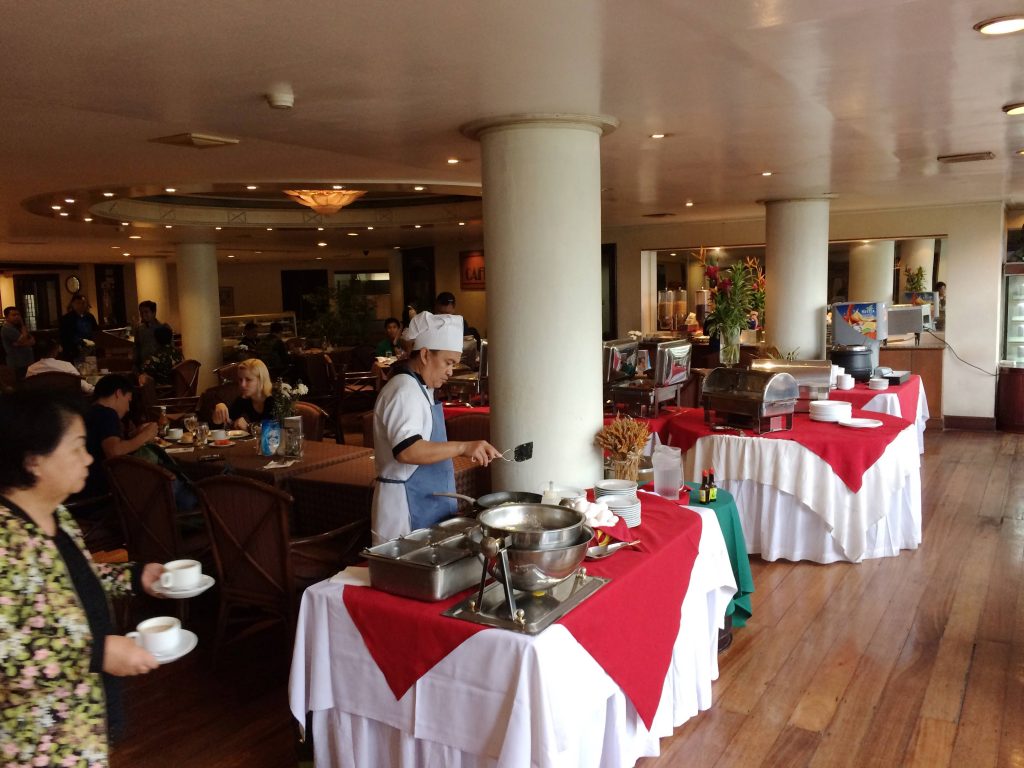 The breakfast buffet is served at the main hotel’s cafe next to the lobby. 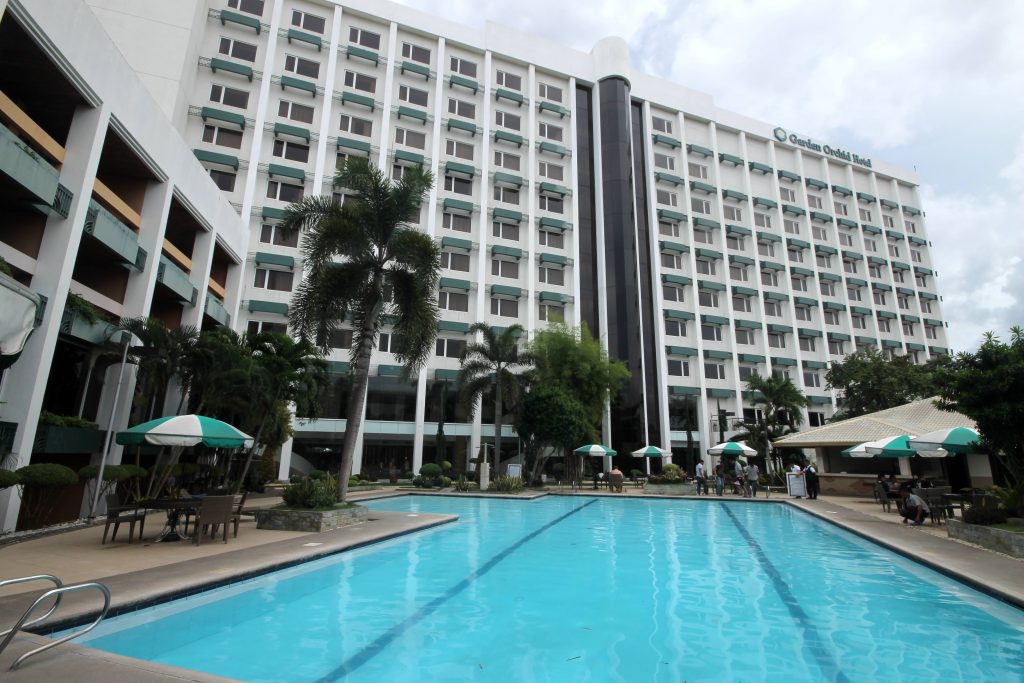 Garden Orchid Hotel is the largest hotel in Zamboanga City – with 205 rooms!

Garden Orchid Hotel is located 400 meters away from Zamboanga International Airport. If you’re traveling light, the hotel can be reached on foot in only five minutes. Alternatively, you can take a (very) short tricycle or habal-habal ride, but watch out for drivers who overcharge. The hotel also offers free transfers to and from the airport.