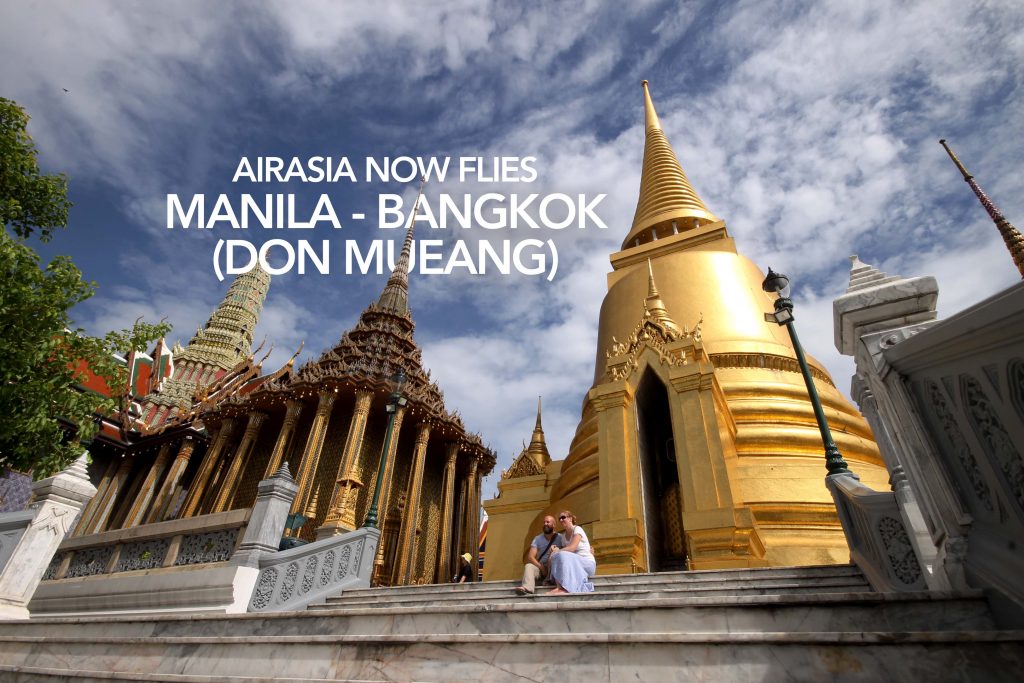 It’s now more convenient and affordable to fly to Thailand from the Philippines with award-winning airline AirAsia launching flights between Manila and Bangkok, arriving closer to the heart of the Thai capital at Don Mueang International Airport (DMK), located only 20 kilometers north of the city center. From this airport, which serves numerous domestic flights, it’s quicker to fly to other destinations within the country, or get to Bangkok Bus Terminal (Chatuchak) for overland transfers to the rest of Thailand. This new route furthers strengthens the airline’s commitment as a truly ASEAN carrier.

AirAsia flight Z2 287 with pilot in command AirAsia CEO Captain Dexter Comendador, left Manila’s NAIA Terminal 3 yesterday, April 23, at 6:35PM and arrived at Don Mueang Airport in Bangkok, Thailand at 8:50PM (local time). AirAsia Philippines CEO Dexter Comendador said, “AirAsia is a product of Asean and we are so proud to be part of this region we call home. We are the only airline that carries the “I love Asean” painted in our aircraft including the ASEAN logo. AirAsia loves Asean is a commitment to help bridge communities and economies as we move toward even greater integration and mutual understanding.”

Tourism Authority of Thailand Director Kajorndet Apichartrakul congratulated AirAsia at the send-off ceremony held at the airport with 180 guest passengers in attendance. 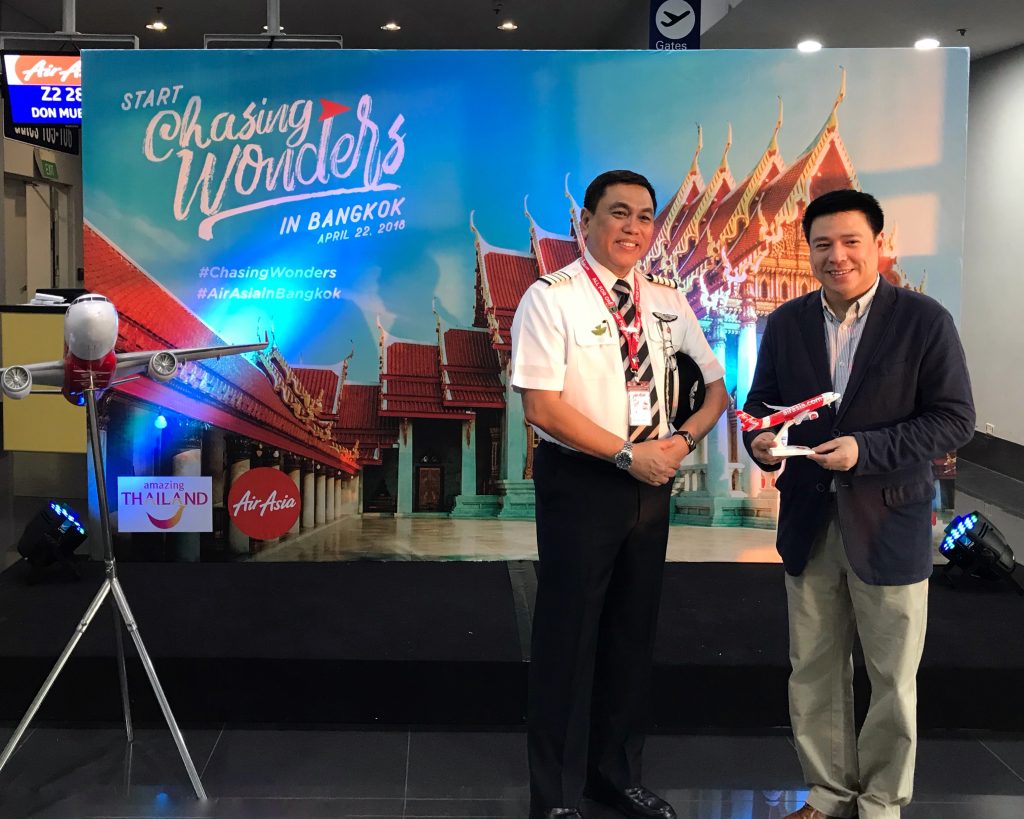 “We want to bring people across the Asean region closer together and further expand our ASEAN footprint to serve more and more communities. We have 100% load for this inaugural flight and we hope to do more inter-Asean routes to serve every Filipino traveler needs and enable them to connect, do business and build socio-economic ties with neighboring economies,” Comendador said.

AirAsia also offers several flights to Malaysia, Vietnam, Indonesia and Singapore from Manila, Davao and Cebu in the Philippines. AirAsia is proud to be a truly ASEAN (Association of Southeast Asian Nations) airline with established operations based in Malaysia, Indonesia, Thailand, Philippines, India, and Japan, servicing a network stretching across all Asean countries and beyond. The only airline group that fly direct to all ten ASEAN countries.