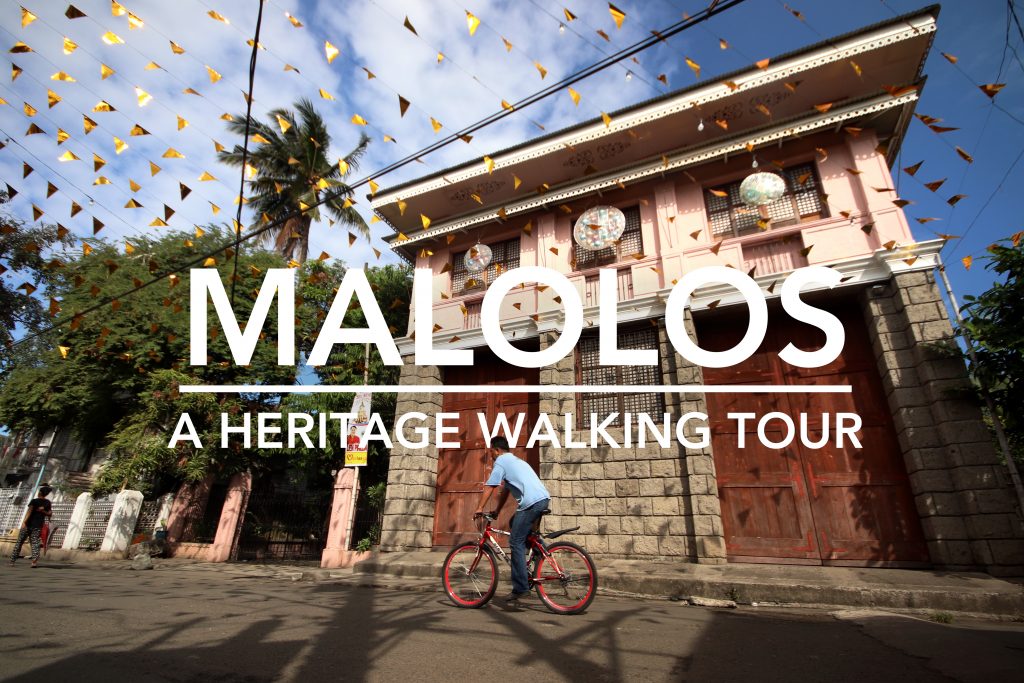 Heritage buffs need not look far from the Philippine capital for historical gems. Located an hour’s drive of Metro Manila, Malolos – the provincial capital of Bulacan – occupies an importance place in the history of the Philippines, especially when one mentions it’s most popular landmark: the Barasoain Church, which was the site of the First Philippine Republic. But little did I know that the city has whole lot more to offer, especially when it comes to built heritage. On the first day of Lakbay Norte 7 media tour, we explored its historic core, also known as Kamestisuhan or Pariancillo district, which was declared a National Historical Landmark and Heritage Town in 2001. 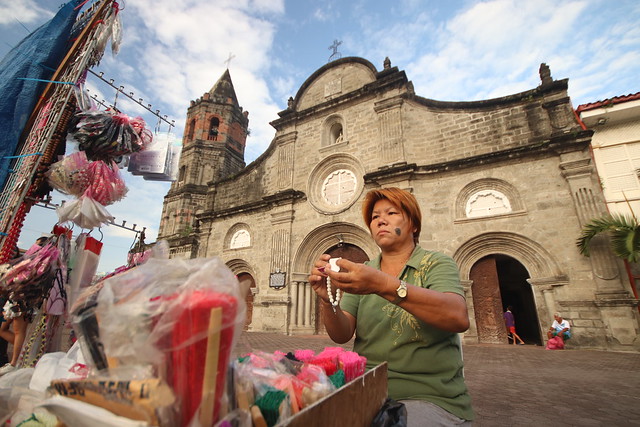 We started our tour at the city’s most famous landmark, Our Lady of Mt. Carmel Parish Church, or popularly known as Barasoain Church. Once featured prominently in the old 10-peso bill, the Baroque-style church built from adobe and concrete in 1885 is one of the most recognizable churches in the country. After the Spanish-American War, the Philippine revolutionary government under the leadership of Emilio Aguinaldo moved the capital to Malolos, and the church was chosen as the site of the First Philippine Congress, also known as Malolos Congress, on September 15, 1898 to draft what would become the Malolos Constitution. 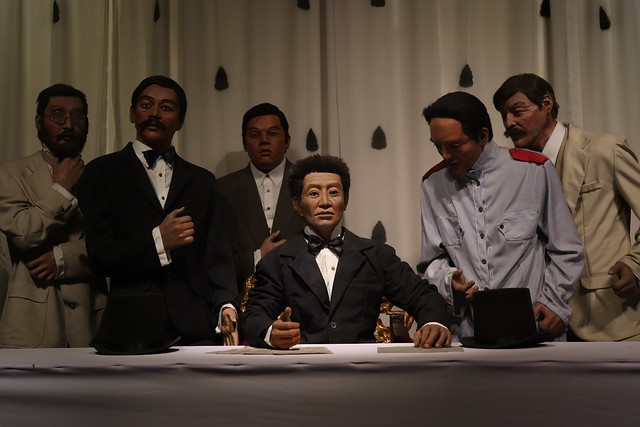 Light and sound show at Museum of the Republic of 1899

The adjacent convent houses Museo ng Republic ng 1899 (Museum of the Republic of 1899), featuring five galleries focused on the events that led to the founding of the First Philippine Republic. Museum highlights include a dramatic light and sound presentation on the Malolos Congress and Philippine Constitution, and a stereoscopy room featuring stereographs of the war against the United States.

Walking southwards from Barasoain Church along Paseo del Congreso St towards the Malolos Cathedral, one will find Casa Real Shrine, originally built in 1580 as the town’s seat of government. The building has served many purposes throughout its history. During the First Philippine Republic, it housed the national printing press, before it became a hospital, high school annex and municipal library. Today, it housed the Museum of Philippine Political History. 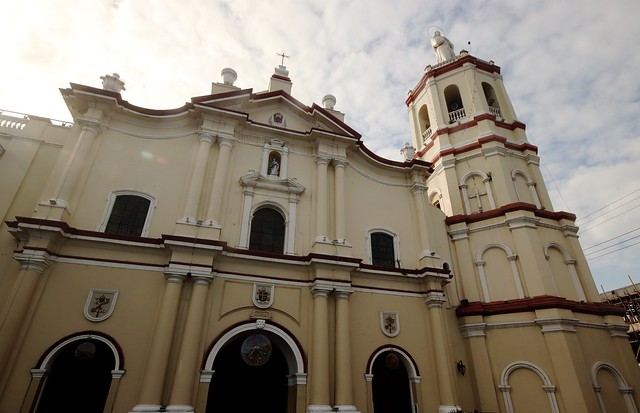 Minor Basilica of Our Lady of Immaculate Conception

Traversing the Malolos River along Paseo del Congreso St, we reached the imposing Malolos Cathedral, also known as the Minor Basilica of Our Lady of Immaculate Conception, a Neoclassical church built from 1814 to 1817. The church convent became the presidential palace of Emilio Aguinaldo during the First Philippine Republic. 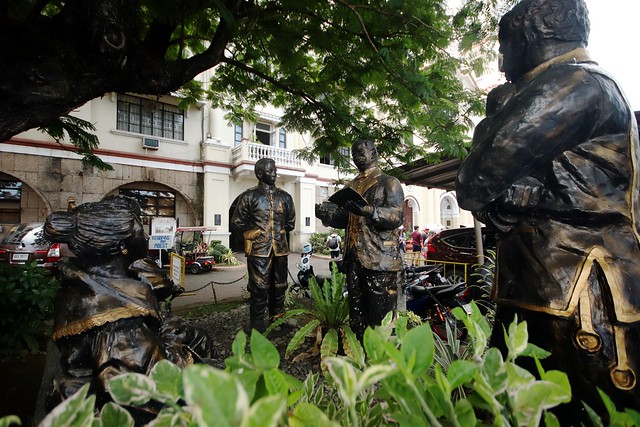 A century-old yellow flame tree, dubbed the Kalayaan Tree (Freedrom Tree) stands in front of the church, a silent witness to the histories that unfolded in the town. The revolutionary leaders of the Malolos Republic conducting many meetings under this tree, now commemorated with a bronze monument depicting a discussion between key figures of the revolutionary government.

Right across the Malolos Cathedral stands the Malolos Municipal Hall (presently the City Hall of Malolos), built in 1940 in Neoclassical architecture. From here, you can walk to the heart of the Kamestisuhan District via Pariancillo Street (Jacinto St). 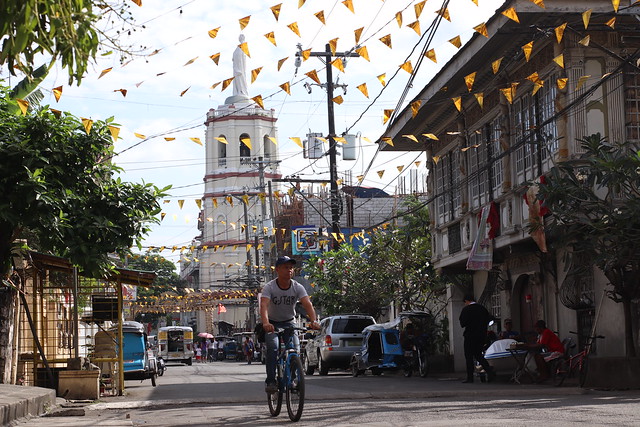 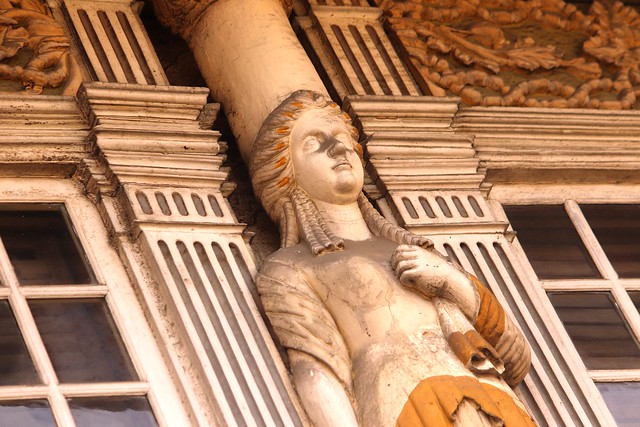 The streets west of the Malolos Cathedral, particularly Pariancillo and Santo Niño Streets, formed the center of the Pariancillo or Kamestisuhan District where wealthy and influential mixed-blood mestizo families lived. Some of the Spanish and American-era ancestral houses have survived to this day. Along Pariancillo Street (Jacinto St) stand the Don Erastro Cervantes House, Don Fausto Chiong House, the Art Deco-style Eden Cinema, ruins of the Casa Tribunal de Malolos (an ancestral house converted into a jailhouse during the Malolos Republic), and Gobierno Militar dela Plaza (the Adriano ancestral house converted into military headquarters, and presently a Meralco office). Not to be missed is the most beautiful heritage house in town, which stands along Santo Niño Street. The Don Jose Bautista House is a Neoclassical mansion built in the 1850s and renovated in 1877 in the Franch Art Nouveau Style. Its facade features caryatids, which are sculpted female figures serving as architectural support.

Along Santo Niño Street stands a part of the original stone wall of Instituto Mujeres, a night school where affluent mestiza women of Malolos were able to study Spanish, after they petitioned the Governor-General in 1888. 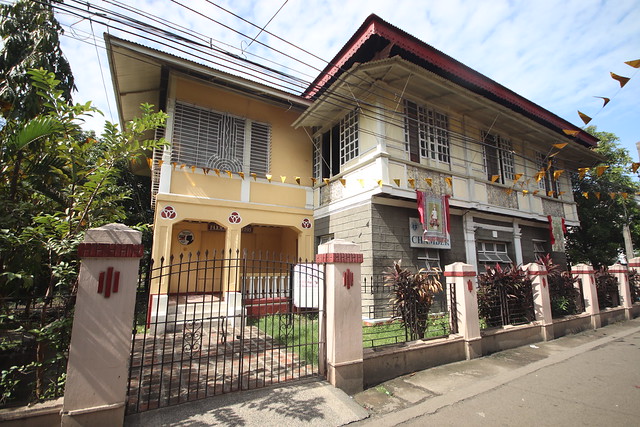 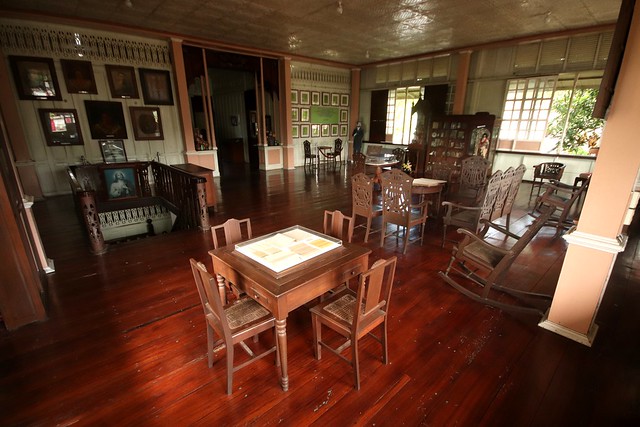 To learn more about the Women of Malolos – a group of 21 mestiza sangley (Chinese-Filipinos) who petitioned for educational reform – we dropped by the Alberta Uitangcoy-Santos House (Museum of the Women of Malolos), a 1914 ancestral house along FT Reyes Street (Kamestisuhan St) built to replace the 1890 structure that was destroyed by fire in 1910. Against the wishes of the town’s Spanish friars, the group’s leader Alberta Uitangcoy-Santos personally handed the petition to Governor-General Valeriano Weyler to establish a night school for women to study the Spanish language and other academic subjects. This was something unheard of during that time when Filipinos were deprived of formal education, especially women. Before retracing your steps back to Malolos Cathedral, drop by the Dr. Luis Santos House, an Art Deco mansion built in 1933 by the son of Alberta Uitangcoy-Santos. 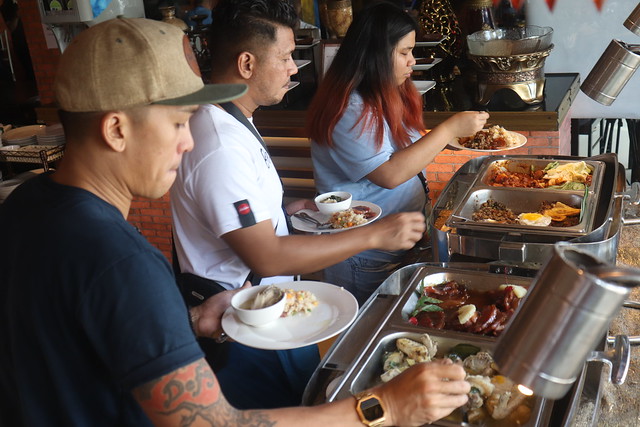 We ended our tour with lunch at Bistro Maloleño (2 km north of the cathedral along Valenzuela St), a local restaurant that specializes in Filipino heritage cuisine. The buffet featured the favorite dishes of Filipino heroes like tinolang manok (chicken soup), pochero (pork stew), arroz ala cubana (Cuban-style rice) and hamon bulakenyo (Bulacan-style ham). At this restaurant, we also witnessed demonstrations of local crafts like pabalat (intricately hand-cut paper wrappers for pastillas or milk candies) and puni (palm leaf weaving). 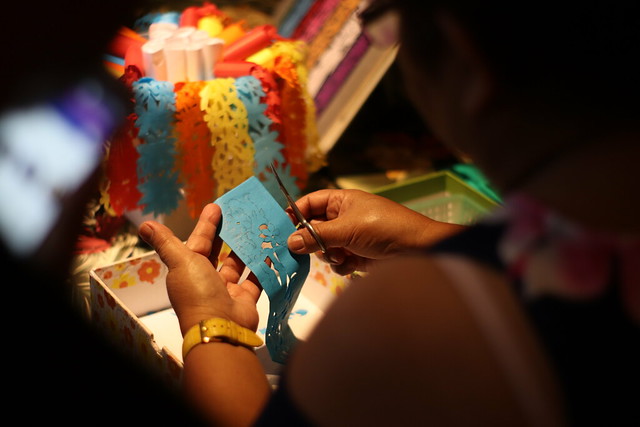 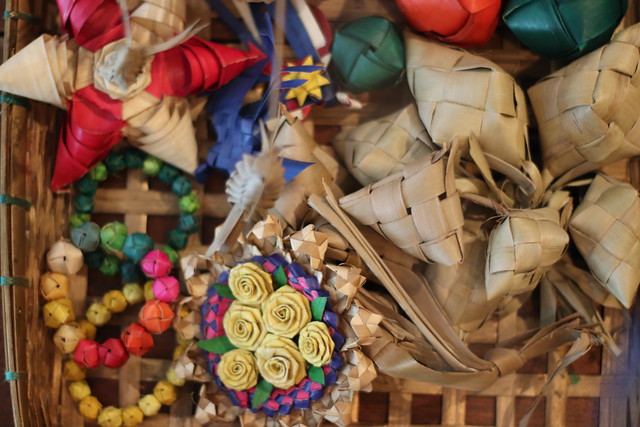 If you need to spend the night in Malolos, here’s a list of recommended hotels in the city.

This trip was made possible through Lakbay Norte 7, a media tour held from January 30 to February 5, 2018,  and organized by the North Philippines Visitors Bureau (NPVB), a non-stock, non-profit organization spearheaded by the Manila North Tollways Corporation, builder and concessionaire of the North Luzon Expressway.