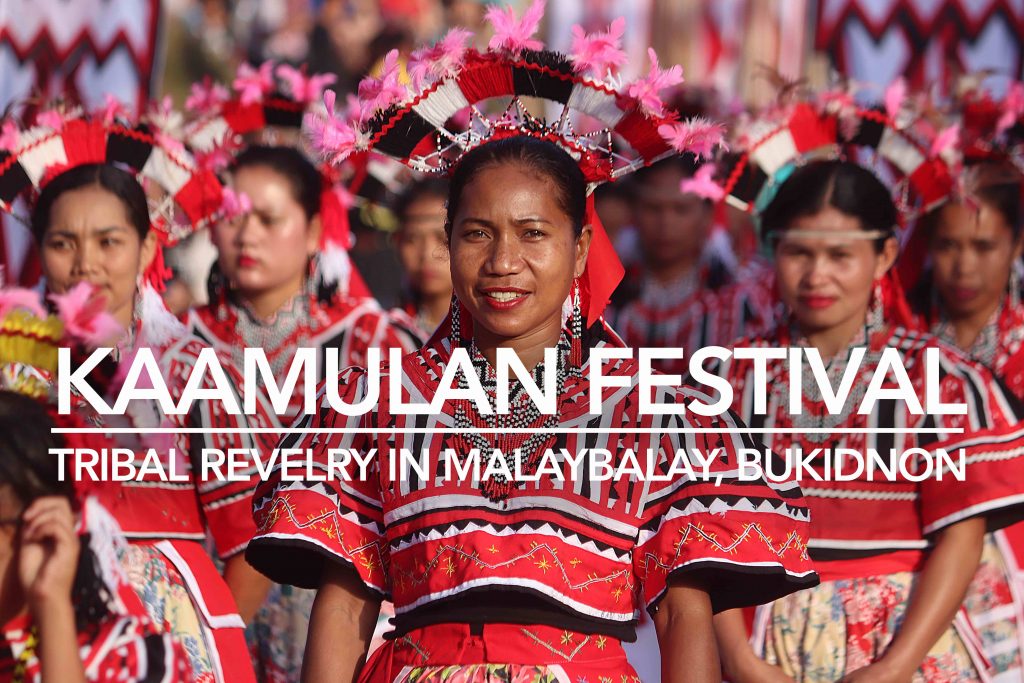 One of the Philippine celebrations I’ve long wanted to attend is the Kaamulan Festival in Malaybalay City, Bukidnon. Last March 22 to 27, I finally had the opportunity to experience this cultural event as part of a media tour of Northern Mindanao, organized by the Tourism Promotions Board of the Philippines, under the Department of Tourism (DOT), with the assistance of Earth Explorers Travel & Tours, an outstanding tour operator based in Cagayan de Oro. This year’s festival climaxed on the weekend of March 23, with its most-awaited event: the street dancing competition and ground presentation. 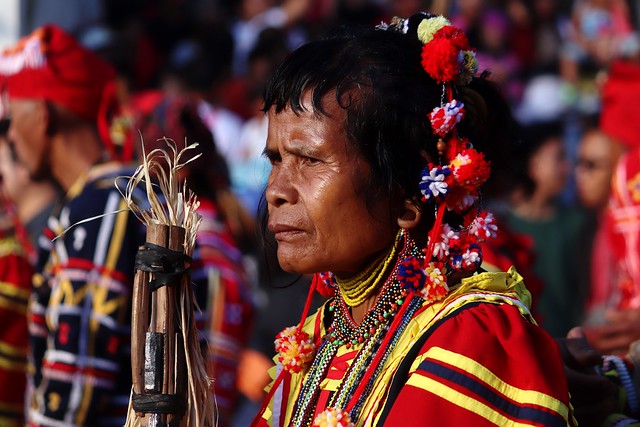 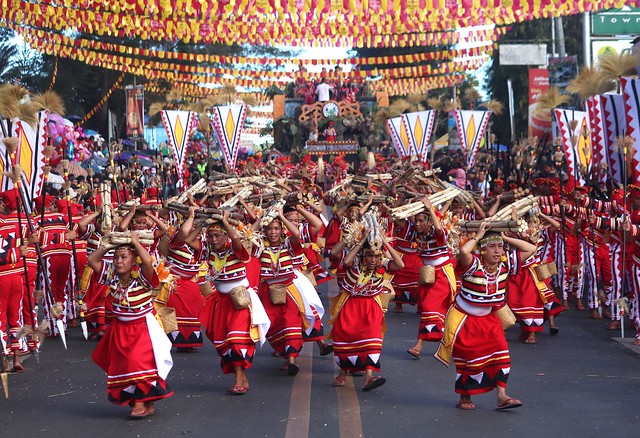 Derived from the Binukid word amul meaning “to gather”, the Kaamulan Festival is the celebratory congregation of the Bukidnon province’s seven indigenous groups, namely, the Bukidnon, Higaonon, Talaandig, Manobo, Matigsalug, Tigwahanon and Umayamnon. The celebration started in 1974 during the town fiesta when local officials invited some tribespeople to perform their cultural dances. What started as a small gathering has grown to one of the biggest festivals in Mindanao, drawing contingents from different municipalities across the province. Unlike other cultural festivals which merely draw inspiration from indigenous arts and culture, the participants of the Kaamulan are actual tribespeople belonging to the different ethnic groups, thereby making it “the only ethnic festival in the Philippines”, according to festival organizers. 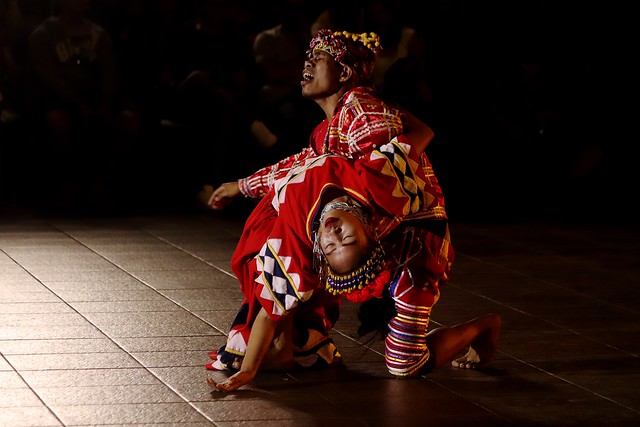 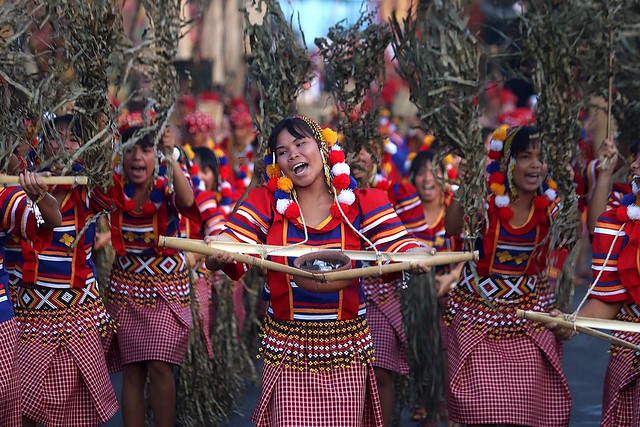 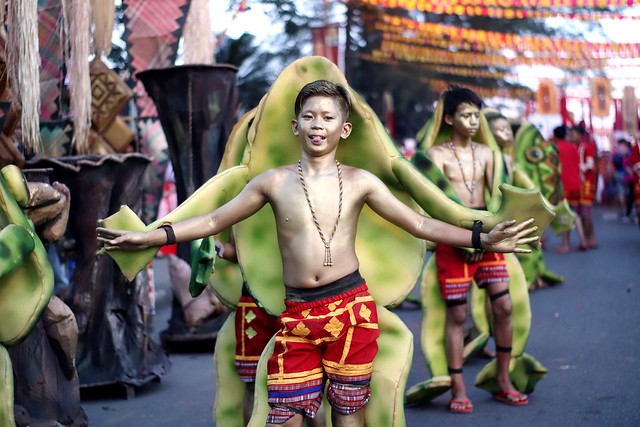 Our festival experience was preluded by a cultural presentation on the eve of the grand parade. At the Kaamulan Open Theater, we watched Ulaging: The Marriage of Agyu and Tagyakuwa, a contemporary interpretation of an episode from a folk-epic of the Talaandig Manobo people, performed by Bukidnon State University Dance Troupe. The dance-drama was accompanied by soulful singing by the Bukidnon State University Chorale and Youth for Culture and Arts Project Singers. The ulaging is a folk epic that recounts the adventures of Agyu, the cultural hero of the Bukidnon. The following morning we woke up before sunrise to witness the grand parade, the highlight of the Kaamulan Festival. Fortunately, our group was conveniently billeted at Pine Hills Hotel located right along Sayre Highway, where the contingents gathered in formation. It was a vivid explosion of ethnic diversity. The dancers were dressed in their traditional attire, crafted in colorful fabric and embellished with intricate beadwork or embroidery, and accessorized with bracelets, anklets, and, for some ethnic groups, with elaborate fan-like headdresses like the panika of the Bukidnon. Aside from colorfully dressed dancers, the contingents were also comprised of costumed performers (like frogs and horses), giant puppets, and musicians playing rhythmic percussions on floats. 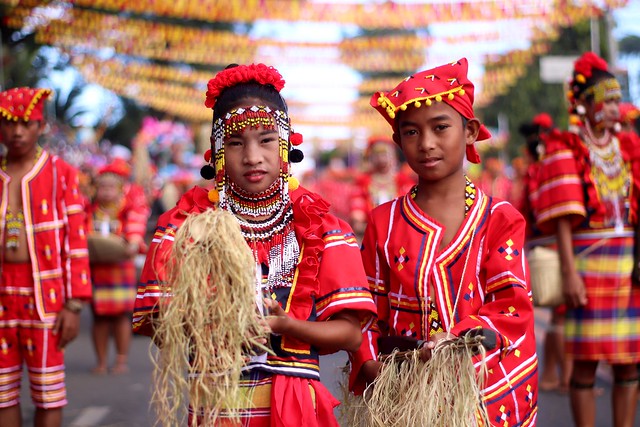 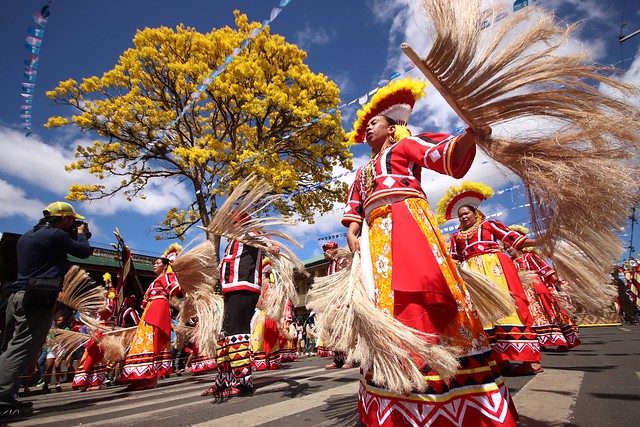 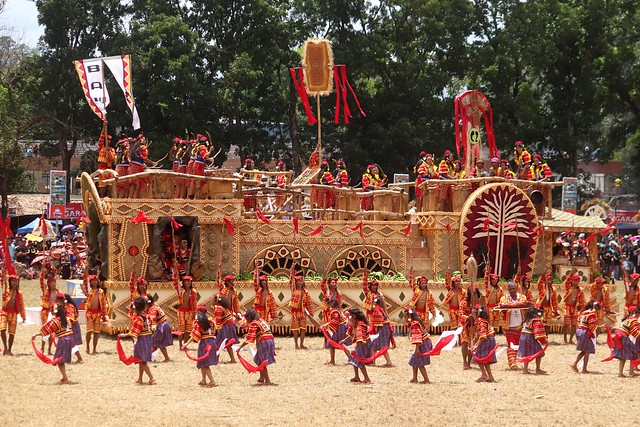 This year’s street dancing competition had 12 contingents from the municipalities of Don Carlos, Kibawe, Pangantucan, Quezon, Libona, Dangcagan, San Fernando, Kalilangan, Lantapan, Impasugong and the two cities of Valencia and Malaybalay. The winners of the street dancing were the following: Malaybalay (Champion), Valencia (1st Runner-Up), and Quezon (2nd Runner-up), while the winners of the ground presentation were Pangantucan (Champion), Malaybalay (1st Runner-up), and Kalilangan (2nd Runner-up).

This blog post was possible through the media tour of Northern Mindanao from March 22 to 27, 2018, organized by the Tourism Promotions Board of the Philippines, under the Department of Tourism (DOT), with the assistance of Cagayan de Oro-based tour operator, Earth Explorers Travel & Tours.

One Reply to “Kaamulan Festival: Tribal Revelry in Malaybalay, Bukidnon”