After attending the Kaamulan Festival, a unique celebration of ethnic diversity in Malaybalay, Bukidon over the weekend, our media group of bloggers and journalists, organized by the Tourism Promotions Board of the Philippines and assisted by tour operator Earth Explorers Travel & Tours, spent the night in Cagayan de Oro City, then drove westwards, crossing the narrow mouth of Panguil Bay by car ferry to Ozamiz City in the province of Misamis Occidental. 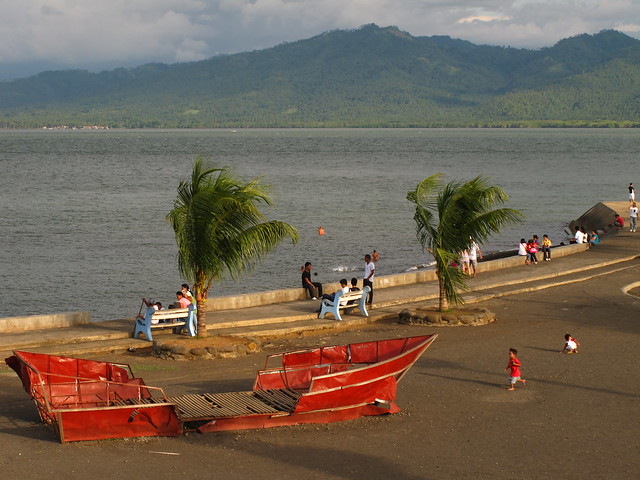 Despite being considered the gateway to northwestern Mindanao (with direct flights from Manila and Cebu), Ozamiz has long been overlooked by travelers visiting this region in the Philippines who often prefer visiting Cagayan de Oro City, the island province of Camiguin, or further east, Butuan City. There are a handful of tourist attractions in this laid-back port city, making it worth visiting for a day tour, or a stopover on a trip around western Mindanao, including the more well-known cities of Dipolog and Dapitan, the latter being the famous place of exile of national hero, Dr. Jose Rizal. Here are the top tourist attractions we visited in Ozamiz: 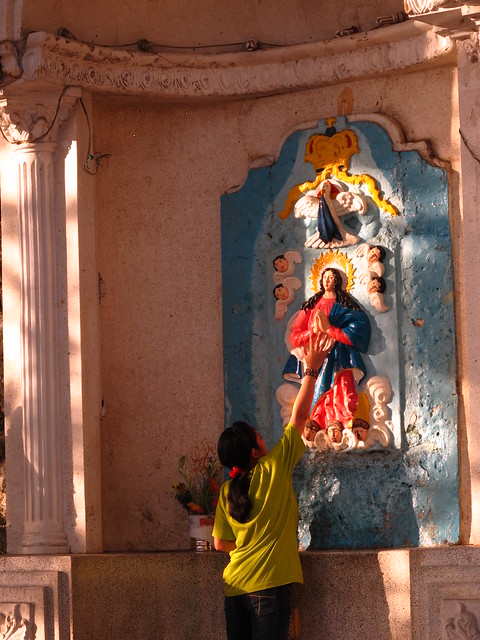 Ozamiz City began as a seaside village named Misamis, populated by the indigenous Subanen people, before it became a Spanish outpost to counteract the slave-raiding expeditions of Muslim Moros in Mindanao. The Cotta Fort, formally known as Fuerte dela Concepcion y del Triunfo or Fort of Misamis, was a stone fortification built in 1755 to 1756. A small chapel housed a venerated image of the Virgin Mary, which was later moved to the parish church, the present-day Ozamiz Cathedral: the Nuestra Señora de la Inmaculada Concepción y del Triunfo de la Cruz de Migpangi, or locally known as Birhen sa Cotta. Similar to Fort Pilar in Zamboanga City, the sacred image of the city’s patroness was also carved on the outside wall of the fortress, which has now become an outdoor shrine for pilgrims from far and wide, many of whom believe that image has miraculously grown over time. 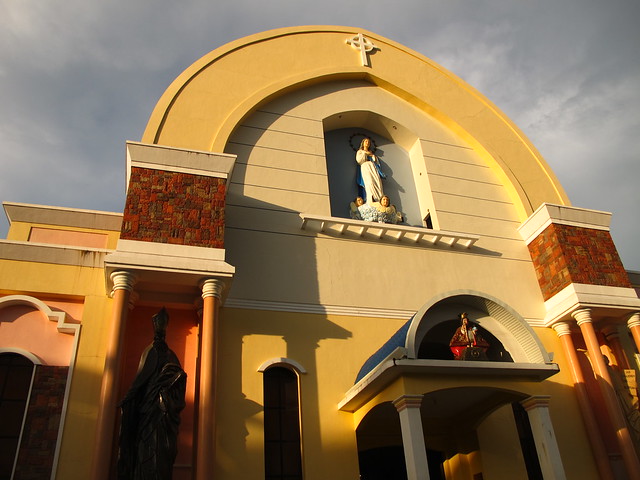 Unfortunately, unlike the Spanish fort, the Ozamiz Cathedral is a modern fabrication with little trace of the original colonial structure built in 1789, but later destroyed by an earthquake. The cathedral houses the original 18th-century image of Birhen sa Cotta, which was stolen in 1975, and was only returned – after more than 40 years – in 2017 by a Pasig City antique collector, who acquired the long-lost image at an auction. Another highlight is the German-made pipe organ, considered the only one of its kind in Mindanao, and one of the largest in the Philippines. 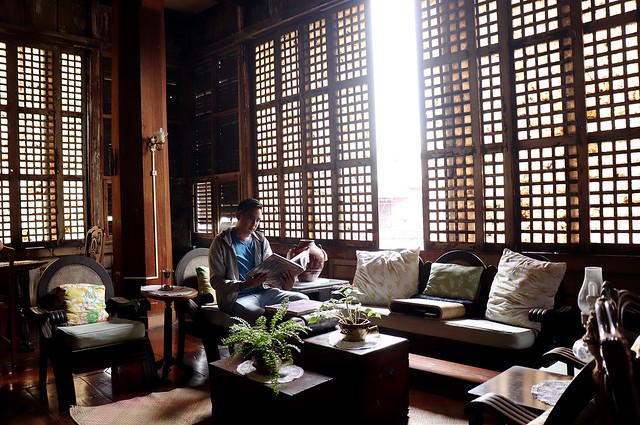 Aside from Cotta Fort, there are also a few Spanish-period structures left standing in the city. One of the better examples of colonial architecture is the Rodriguez Ancestral House, a two-storey classic bahay na bato in Barangay Aguada with coral stone walls and large capiz shell windows. The first floor is now occupied by hardware stores, but the interiors still exude the musty atmosphere of a bygone area with wooden floors, family memorabilia, and four-poster beds. National hero Dr. Jose Rizal was said to have spent a night here during his exile in Dapitan City. Unfortunately, this historical house is no longer open to the public, and one must seek special permission to see the interiors. 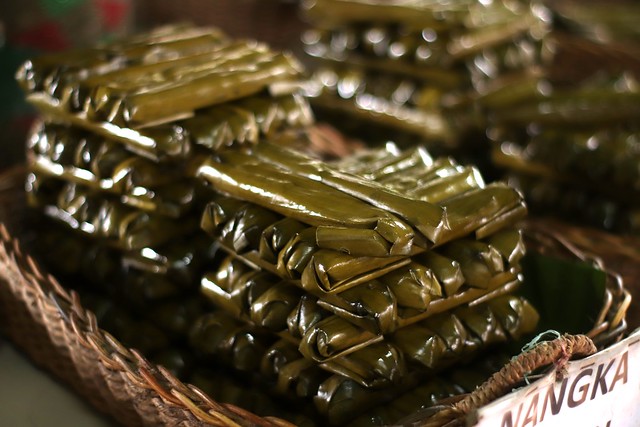 An excellent place to finish off your exploration of Ozamiz is Clarin House of Suman, a pasalubong center located just outside the city in the municipality of Clarin that specializes in making – what else? – suman, a popular Filipino snack of glutinous rice wrapped in banana leaves. You won’t miss this shop with its banana leaf-shaped roof and giant suman statue outside! A cottage industry supported by the local government, the House of Suman has provided alternative income to around 30 local families, producing more than 2,000 suman everyday in its original flavor, as well as a dozen more they have developed, including  chocolate, pinya (pineapple), langka (jackfruit), peanut, buko (coconut), and durian. Each plain suman costs only PHP 6.00, and the flavored ones are PHP 8.50 each.

This blog post was possible through the media tour of Northern Mindanao from March 22 to 27, 2018, organized by the Tourism Promotions Board of the Philippines, under the Department of Tourism (DOT), with the assistance of Cagayan de Oro-based tour operator, Earth Explorers Travel & Tours.