Seda Capitol Central: The Place to Be in Bacolod City 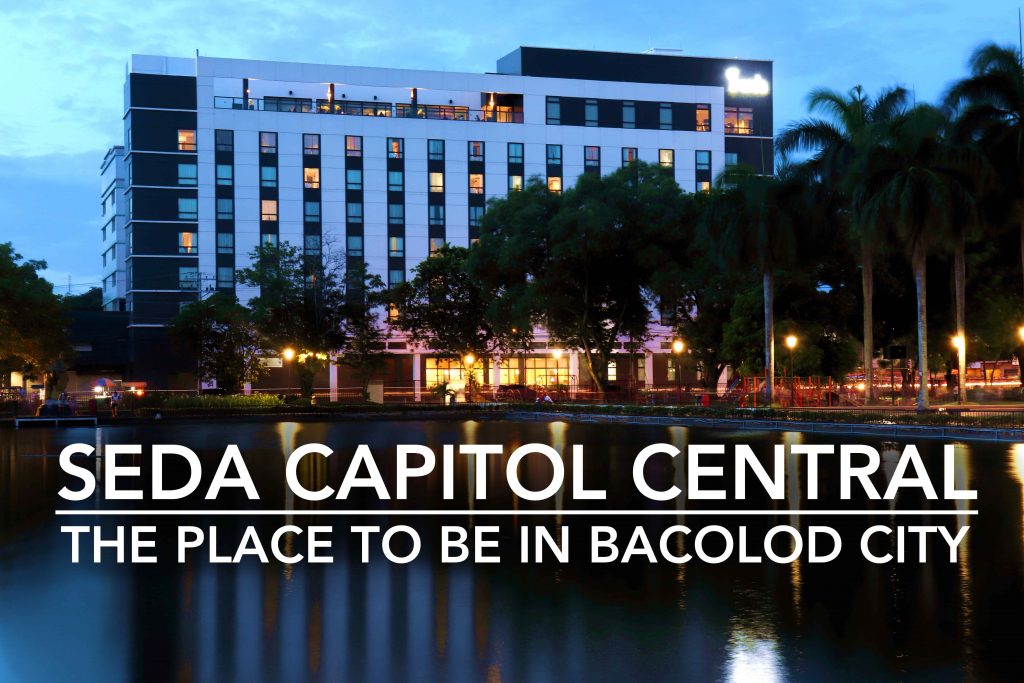 Rising next to the Capitol Lagoon, it’s hard to miss Seda Capitol Central, the newest hotel to open its doors in the heart of Bacolod City. The 155-room hotel  is one of the key developments of Capitol Central, a rising government complex centered on the Negros Occidental Provincial Capitol, currently co-managed by Ayala Land, which has bought up and leased properties in the area for various developments, including the soon-to-open Ayala Capitol Central Mall, located just a short walk away from the hotel.

From here, everything in the city is conveniently within reach! Aside from the next-door Provincial Capitol, other major landmarks are just a walkable distance (or short jeepney/taxi ride) away, such as San Sebastian Cathedral, SM City and Shopping, the city’s Chinatown area.  Another popular mall, Robinsons Place, is just a 2-km ride away along Lascon Street, the city’s main thoroughfare where the most-awaited celebration, the Masskara Festival, parades through annually every October.

Stepping into the well-appointed but rather small lobby, the interior design is streamlined and contemporary yet warm and inviting, exuding the same ambiance as the other Seda hotels across the country. Like Seda Atria in Iloilo City, the Negrense flavor can be seen in the large format fine-art black-and-white photographs of Negros icons such as sugarcane, Masskara dancers, and The Ruins in Talisay. 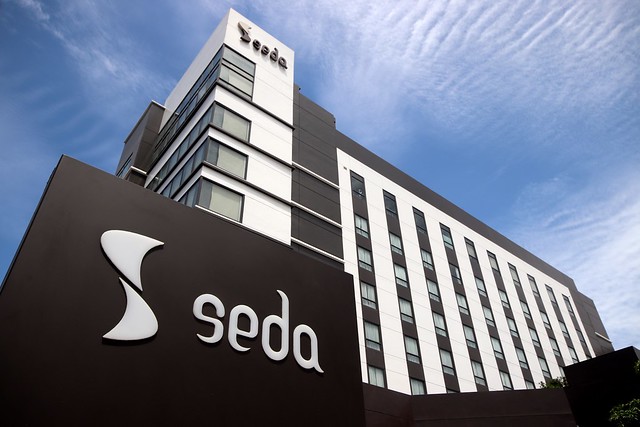 Seda Capitol Central is the largest hotel in Bacolod! 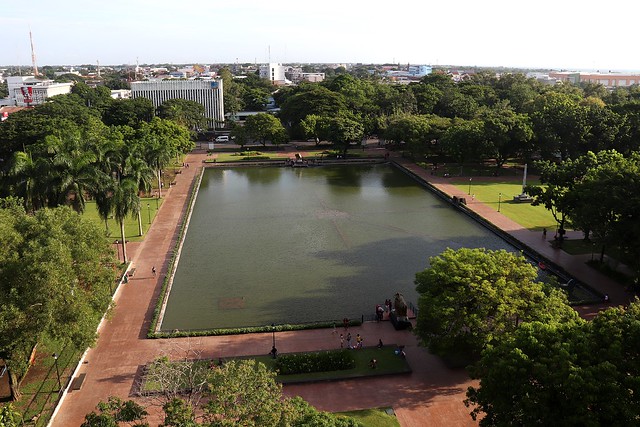 A view of the Capitol Lagoon from the roofdeck

Each of the 155 rooms of Seda Capitol Central – currently the largest hotel in the city – is plush and modern with black-and-white photographs of sugarcane on the walls, reflecting a big part of Negrense history: the sugar industry. One thing I – and apparently many previous guests – expected a hotel of this class to have is a bidet shower with the toilet. (However, management has informed me that they plan to install these in all rooms soon to meet demand.)

Facilities include an outdoor lap pool (which I wish had accessible cafe next to it), a gym, 24-hour e-lounge by the entrance, and function rooms at the lobby and top floor. There’s also Straight Up roof deck bar with alfresco seating overlooking the Capitol Lagoon. Available for both check-in guests and walk-in visitors, it’s an excellent place for sundowners and atmospheric night out serenaded by live acoustic band. 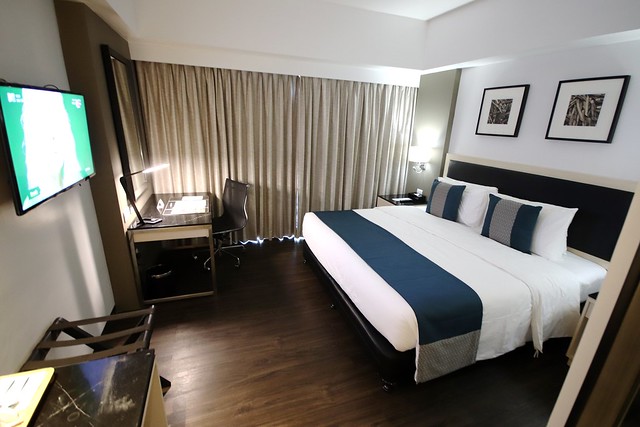 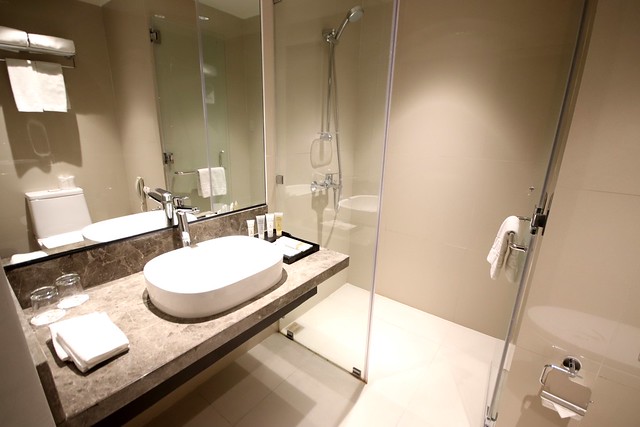 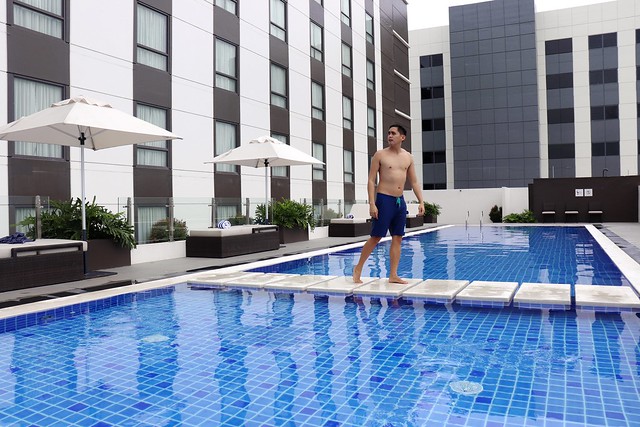 The outdoor lap pool is the perfect place to escape the city bustle. 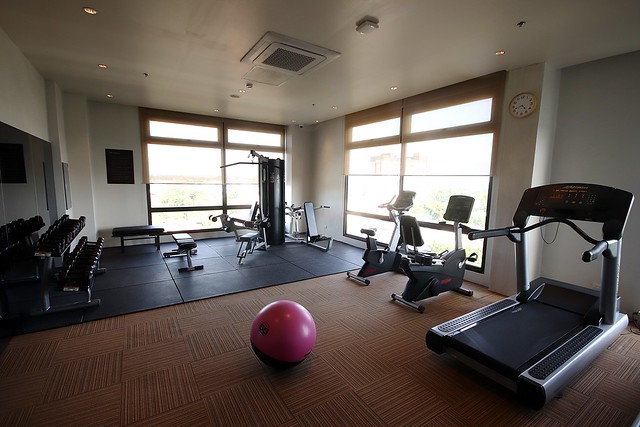 The gym has large windows with city views.

Accommodations come with buffet breakfast at Misto, the ground floor restaurant, where they serve standard Continental fare, as well as “local favorites” which I wished occupied a more prominent place in the buffet rather than be relegated to an overlooked corner. Among the Filipino breakfast fare available are sinigang (sour soup), adobo (meat stew), and laswa, a Hiligaynon vegetable soup. Misto also serves lunch and dinner. Alternatively, there are also several nearby options for dining out near the hotel. 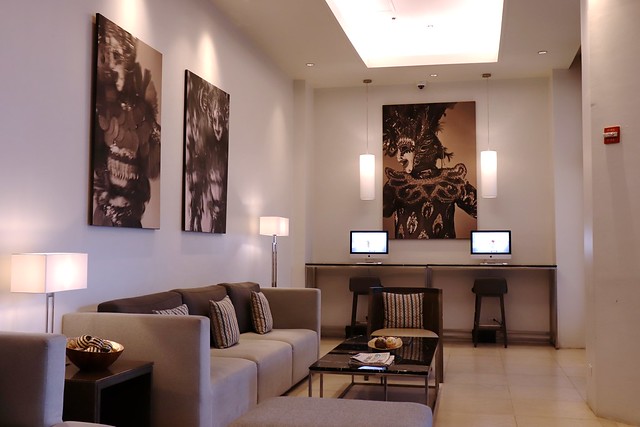 24-floor e-lounge at the lobby 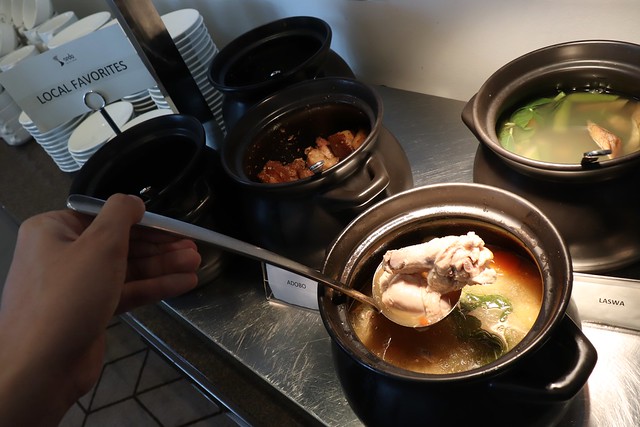 Local dishes at the breakfast buffet 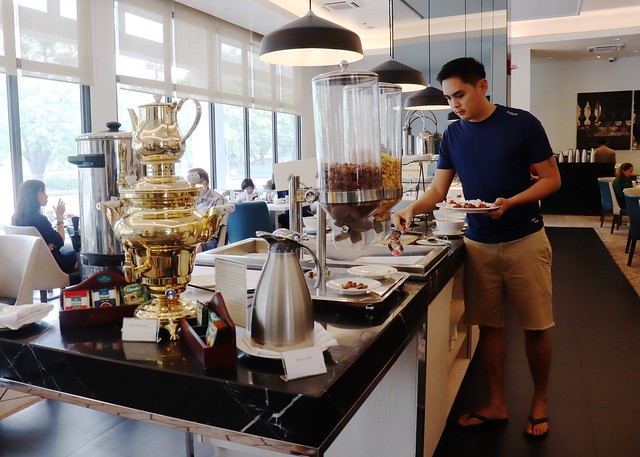 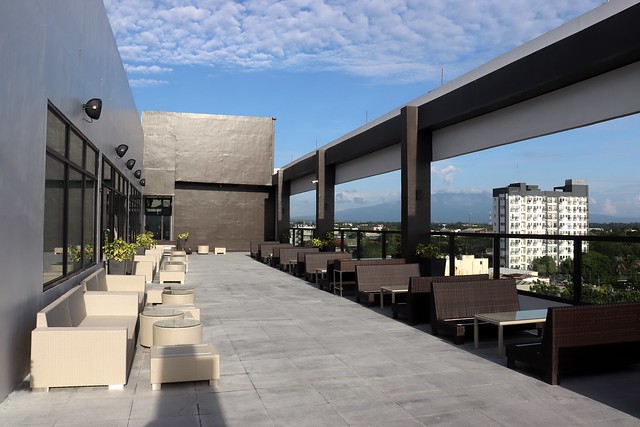 Shuttle vans (PHP 150 per person) link Bacolod-Silay Airport, located 17 km north of the hotel, to SM City, from where you can take a short taxi or jeepney ride to Seda Capitol Central. If coming from elsewhere from the city, take any jeep that passes along the Capitol Lagoon. The hotel can also arranged private transfers to and from Bacolod-Silay Airport, starting at PHP 700 per way.

5 Replies to “Seda Capitol Central: The Place to Be in Bacolod City”