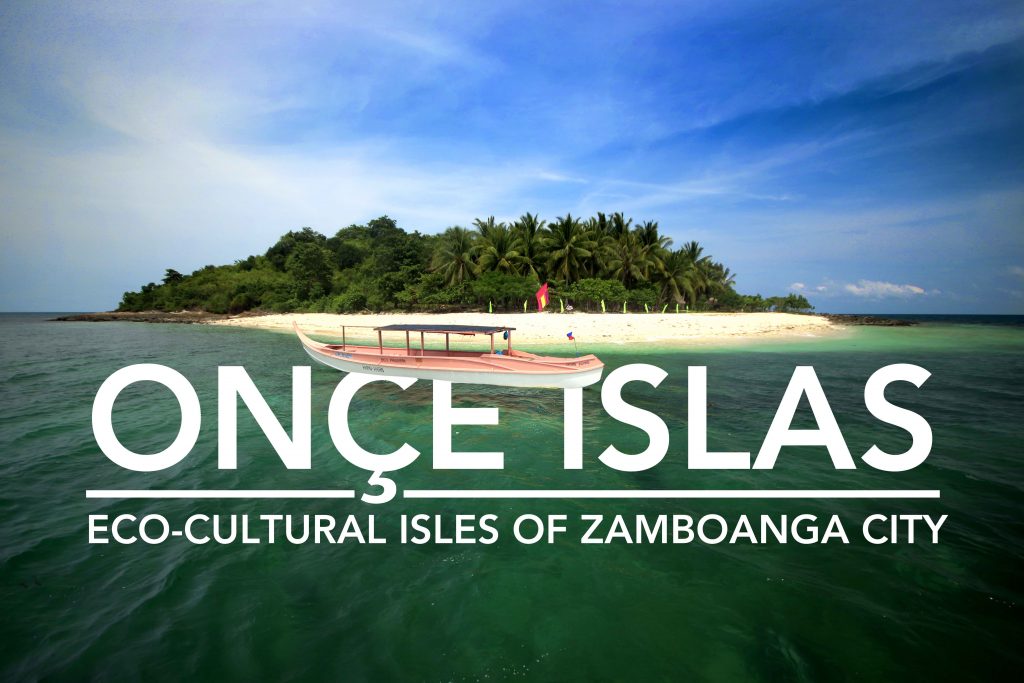 Dubbed “Asia’s Latin City”, Zamboanga City has long flaunted its strong Hispanic heritage as seen in its most famous historical landmark, the 17th-century colonial fortress Real Fuerza de Nuestra Señora del Pilar de Zaragoza, and the Spanish-based Creole called Chavacano used as a lingua franca among the different ethnolinguistic groups in the city. Onçe Islas or Eleven Islands, however – a cluster of mostly uninhabited islands and islets belonging to the remote barangays of Panubigan and Dita, 40km northeast of the city proper – is out to show off its raw natural beauty and a different side to the city’s multicultural makeup: the indigenous culture of its Moro people, particularly the Sama Banguingui.

While their primal beauty rivals popular beach destinations in the country, Onçe Islas only officially opened to tourism last July. Decades of political unrest have hampered development in these islands, which were former strongholds of bandits and separatists from the 1970s until a final peace agreement was signed between the Philippine government and the secessionist group Moro National Liberation Front (MNLF) in 1996 — a landmark accord that led to the concretization of the Autonomous Region in Muslim Mindanao (ARMM). 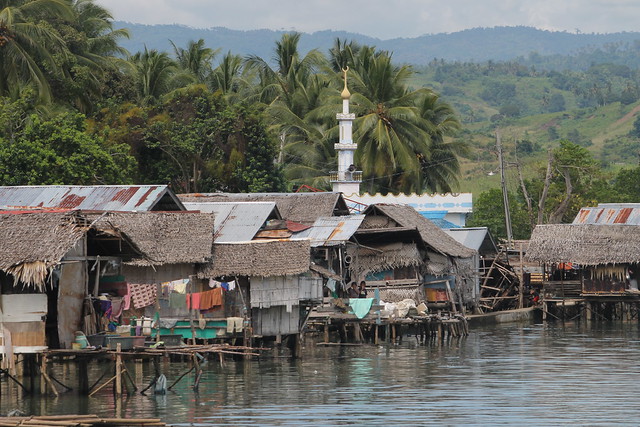 A stilted village at Panubigan, near the ferry terminal to Onçe Islas 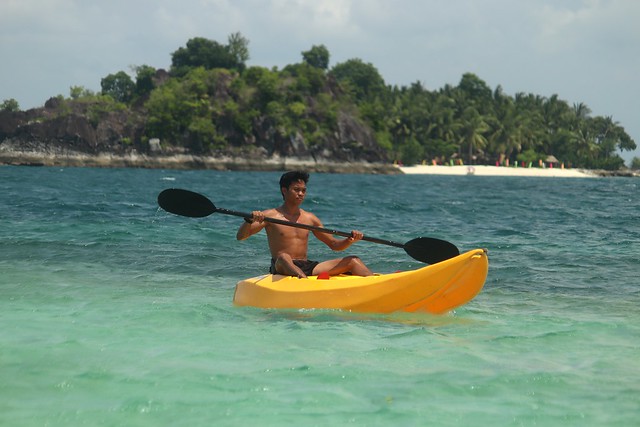 Kayaking from islet to islet at Bisaya-Bisaya 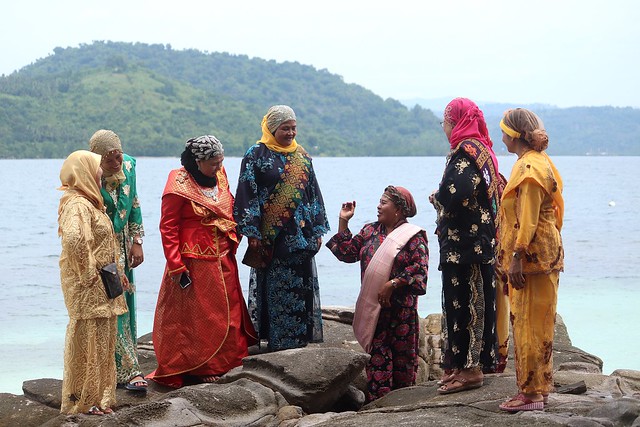 The Sama Banguingui people have flourished along the coastline of Zamboanga City for centuries, since the heyday of the Sultanate of Sulu (1405-1915), for which many of them served as warriors. Tracing their ancestral heartland to a namesake island in eastern Sulu province, the Sama Banguingui is one of the diverse ethnolinguistic groups scattered across the Sulu Archipelago, Zamboanga Peninsula and northern Borneo collectively known as the Sama-Bajau group, which includes the more familiar Sama Dilaut (Badjao), who live a nomadic sea-faring lifestyle in contrast to land-based Sama tribes. Down the line, a cultural village will be built in mainland Panubigan to highlight this little-known ethnolinguistic group.

Adventurous backpackers were the first to uncover the tourism potential of Onçe Islas, their online posts triggering enough buzz to start drawing in more and more visitors to this overlooked area. While some welcomed their arrival, others were agitated by the sudden intrusion. Before things got out of hand, the city government stepped in to manage the impact of tourism. Prior to officially launching them as a tourist destination last July, the islands were temporarily closed for over a year to organize, educate and prepare the communities.

Visitor guidelines were also established to preserve the ecological balance of the area and respect the culture and traditions of the Sama Banguingui who, like other Moro ethnic groups in Mindanao, practices Islam. For example, while the consumption of pork dishes by visitors is allowed, cooking of pork isn’t. Likewise, alcoholic drinks — also haram or “forbidden” in Islam — aren’t permitted.  Moreover, the islands are closed every Friday, an important day of prayer for Muslims.

Among the eleven islands, three have been opened to tourists: Sirommon, Bisaya-Bisaya and Baung-Baung. (A fourth island called Buh-Buh will also embrace tourism soon, offering cultural tours at its mosque and village.) 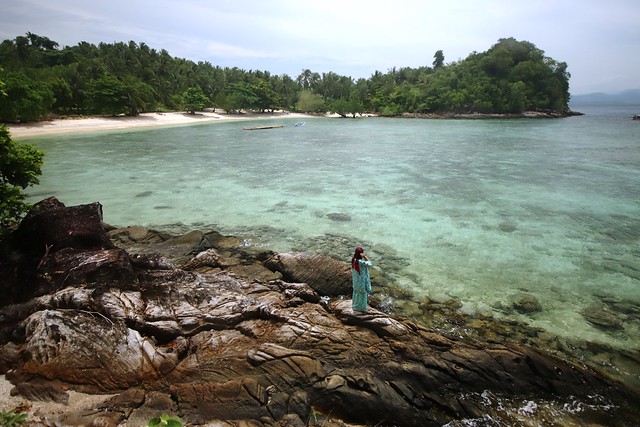 The inhabited island of Sirommon is located north of the island group, belonging to Barangay Dita. Near its main beach and sandbar is an abandoned hut with woven bamboo walls and iron sheet roofing where an MNLF-commander-turned-peace-advocate by the name of Akbari Samson, also a fifth-generation descendant of Sayyari, once lived until his untimely death seven years ago during a boat accident. His humble dwelling will be converted into a small museum about the life and achievements of the local hero, admired by Muslim and Christian villagers alike. An easy hike along Imam Sayyari Nature Trek over a hill brought us to a backside beach named Playa de Isabelle. The easy hiking trail was named after a Sama Banguingui warrior who served the Sultan of Sulu, and later settled on the island five generations ago.

Across this beach is Mudjie Wise Key Islet named after Dr. Mudjekeewis Santos, an acclaimed Pampanga-born fisheries expert who pioneered the study of marine biodiversity in the area in 2012. His assessments revealed that the islands are an important nursing ground for sardines, vital for a city considered to be the center of the sardine industry in the Philippines. Aside from offering beach escapes, these reef-fringed islands would potentially be great for scuba diving too. 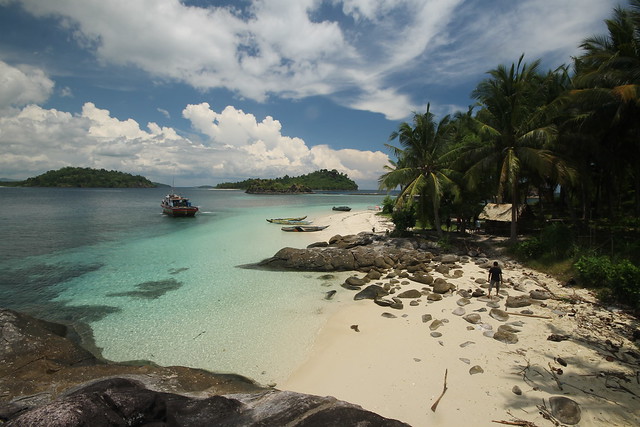 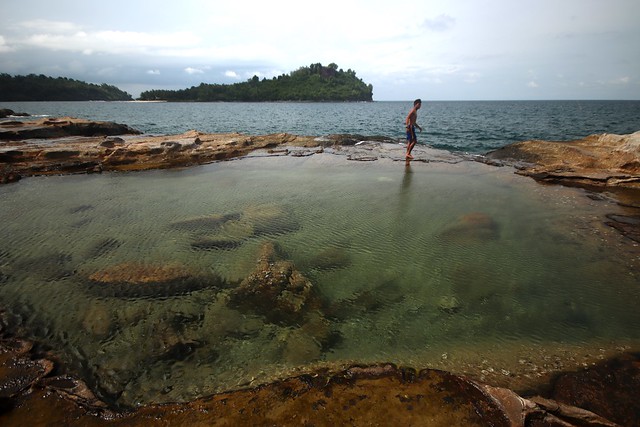 Natural infinity pool on a smaller islet of Bisaya-Bisaya

Named after Visayan fishermen who once frequented the islet, Bisaya-Bisaya – the southernmost island, belonging to Barangay Panubigan – is also the smallest. But what this three-hectare islet lacks in size, it makes up for in its desolate picturesqueness, making it the most popular stop among tourists. Beyond its white-sand beach, circling the main islet with trained local guides along its rocky coast reveals geological wonders. Like the rest of the islands stretching between Mindanao and Borneo, Onçe Islas was formed when tectonic movement lifted undersea ridges, characterized by dark-colored volcanic rocks that were then sculpted into otherworldly forms by wind and wave.

At Bisaya-Bisaya, we ambled across eroded surfaces that saltwater gouged into honeycombs and crocodile scutes, the roughhewn trail leading to a promontory called Buli’ Kappal, shaped like a boat’s stern as its Sama Banguingui name suggests. I particularly enjoyed leaping across large crevices where waves splashed into at random intervals, drenching whoever traversed at the wrong moment. After the scenic walk, we kayaked to smaller adjacent islets to snorkel over teeming coral gardens, before taking a relaxing dip in a natural infinity pool. One can easily spend all day frolicking in this petrological playground. 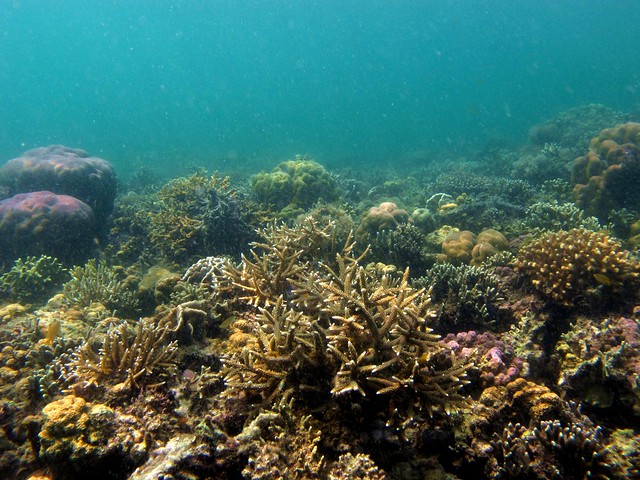 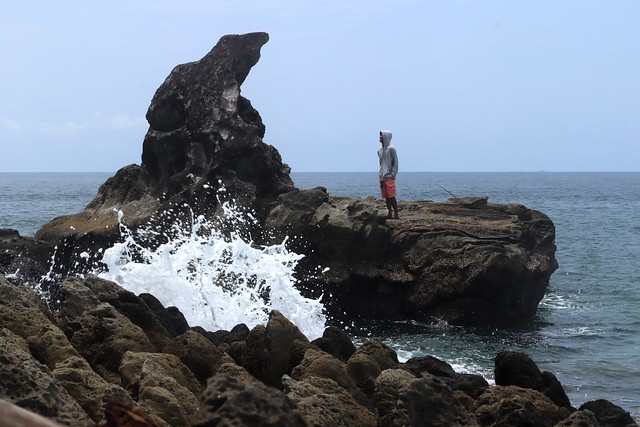 The tidal flats of Bisaya-Bisaya’s smaller islets overlooked nearby Baung-Baung, another uninhabited islet (also belonging to Panubigan), which harbors a pristine beach and more fascinating rock formations. I got more excited when I was told that I’d be the first tourist to circle its coastline. The trail here was more challenging. We soon found ourselves crawling over basalt columns jutting out like broken pillars of ancient temple ruins that surrounded Batu Pari, a frog-shaped monument where superstitious fishermen used to offer coins as payment to nature spirits after hunting for lobsters.

The piece de resistance of Baung-Baung, however, is Batu Allum — also known as Piedra Vivo in Chavacano — a 40-meter-tall basalt monolith towering over riotous foliage. I couldn’t say no to the invitation by the island wardens to also leg up another uphill trail and clamber up to its peak. According to them, the pinnacle gets its name — which means “living rock” — from the belief that it has slowly grown taller over time. It’s quite a precarious climb, but audacious visitors who conquer their fear of heights are rewarded with a dramatic bird’s eye view of Bisaya-Bisaya, framed by the sapphire-blue horizon of the Moro Gulf. 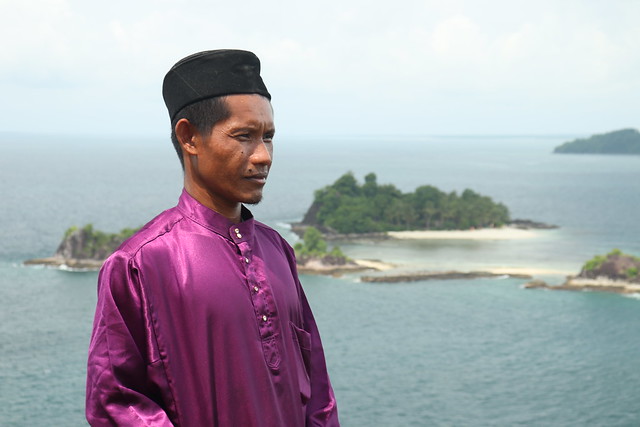 Onçe Islas is open everyday, except Fridays, from 7:00 AM to 3:00 PM, with a daily carrying capacity of only 200 visitors. Before heading to the islands, all guests are required to book their tours at least a day in advance and preregister at Zamboanga City Tourism Office, Paseo del Mar, Tel: +63 62 9756341. Email: asiaslatincitytourism@yahoo.com

Located 40 km from the city proper, Panubigan Ferry Terminal is the designated jump-off point to the islands. To get there, take a van (PHP 60) bound for Barangay Curuan from the downtown van terminal at Tomas Claudio corner Saavedra Sts, or a northbound bus (PHP 50) from Zamboanga City Integrated Bus Terminal, to Panubigan crossing, where a habal-habal motorbike (PHP 20) can take you to the barangay hall to settle the fees. The city tourism office may also arrange private transfers by van for big groups. Total travel time takes at least an hour.

Unfortunately, there’s no accommodation on. any of the islands, and camping overnight isn’t allowed. There are no places to stay as well along the coast of Panubigan and Dita. A practical choice would be to stay at a hotel near the downtown van terminal, like Ever O Business Hotel or Winzelle Suites, or near the Zamboanga City Integrated Bus Terminal.