Joining the ranks of sought-after destinations like Palawan and Batanes, Samar is one of the last wild frontiers of the Philippine archipelago, but unlike its counterparts somehow doesn’t receive as much attention and still remains largely off the beaten track. It exudes raw and rugged natural beauty. The third largest island after Luzon and Mindanao, this limestone landmass is riddled with the country’s biggest caves and bordered by powerful surf breaks pummeling from the Pacific Ocean.

Inland, primary forest still drapes much of the central hinterlands, protected by Samar Island Natural Park, which stretches across the entire island, covering previously separate protected areas like Calbiga Caves Park (home to Langun-Gobingob Cave, the country’s largest cave system) and Sohoton Natural Bridge Park. Moreover, the 333,300-hectare park harbors the largest contiguous lowland forest in the country, which sustains some remarkable plants and animals like the Philippine eagle, the word’s biggest eagle in terms of body length and wingspan! 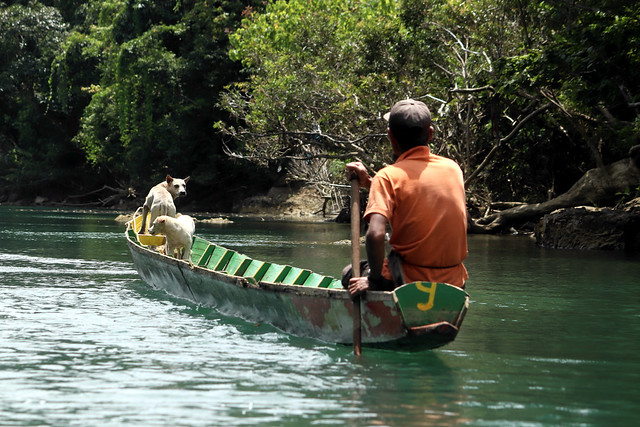 A glimpse of local life as we travel down the river 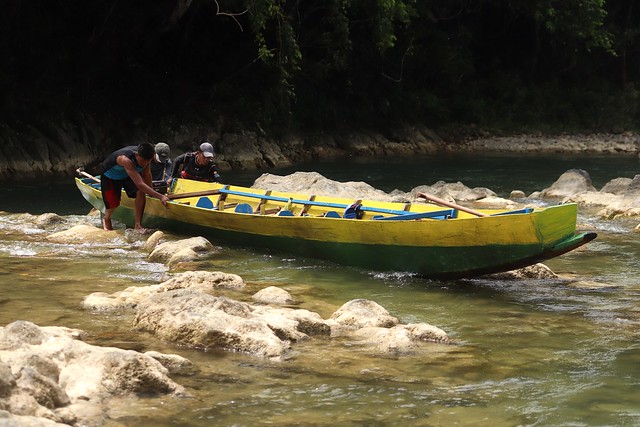 A thrilling way to visit this vast expanse of jungle is to take a whitewater canoe ride down the 90-km Ulot River, the longest river on Samar Island. Similar to the “shooting the rapids” activity to Pagsanjan Falls in Laguna, visitors board a narrow wooden canoe used by locals to travel along the waterway. Unlike the ones at Pagsanjan propelled by paddles, the canoes at Ulot River are powered by a 16 horsepower engine, allowing them to cut through rapids more quickly at speeds of up to 160 kph, expelling why they’re called “torpedo boats”. TORPEDO is also the acronym for the group that manages the activity: Tour Guides & Boat Operators for River Protection & Environment Development Organization (that’s a mouthful!).

Torpedo boat tours start the jump-off point in Sitio Camp Uno, Barangay Tenani along the Paranas-Taft Road. Each vessel can accommodate up to five passengers, accompanied by two boatmen, seated on both ends of the canoe. The torpedo boat rocks a lot, and you think it would tip over any minute as it putters around a river bend or slices through whitewater. The river is flanked by thick jungle. Along the riverbank, there are small waterfalls flowing down from the forest. Occasionally, we encounter locals traveling on their own torpedo boats. There was also a man traveling with two white dogs.

After roughly an hour traveling downstream for 10 kilometers, we reach Deni’s Point, a section of the river characterized by exposed limestone where the waterway splits into small waterfalls and cascades into natural pools. This was the perfect place to relax in the middle of the river, where we took a dip in natural stone bath tubs and jumped off waterfalls, allowing the current to carry us to our picnic spot downriver where we enjoyed our lunch. 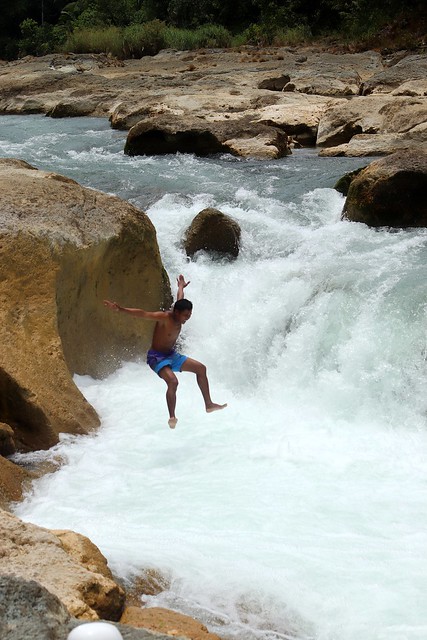 Jumping off a waterfall at Deni’s Point 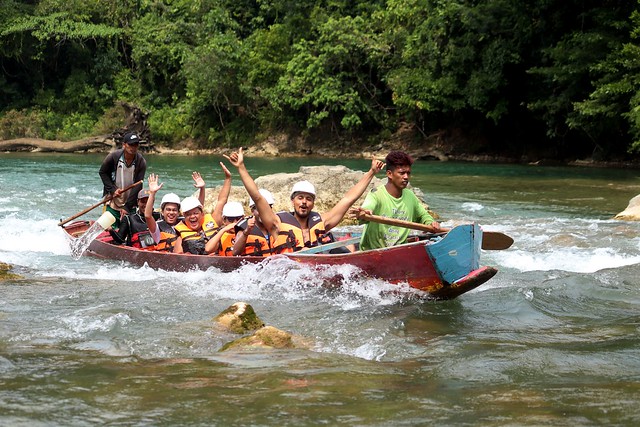 Working our way back upriver to the starting point, the boat ride became more exciting as the canoe propelled itself against the current. The most amazing parts of the ride was when the vessel would zoom through very narrow waterways, creating big V-shaped splashes and dousing everyone onboard! If you loved whitewater rafting and tubing, this is the outdoor activity for you, especially if you’re traveling in a group with family or friends. Plus, it’s a refreshing way to beat the heat, while enjoying the tranquil scenery of Samar’s rainforests. 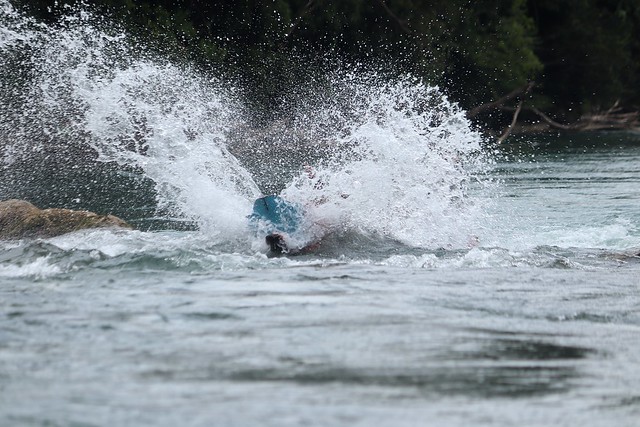 Prepare for a wet and wild ride! Photo by Travel Trilogy

The jump-off point to the TORPEDO boat ride is two hours drive away from Tacloban or Calbayog, both of which are serviced by commercial flights. From either city, take a bus or van to Buray Junction, where you can transfer by tricycle to the jump-off point along the Paranas-Taft Road in Sitio Camp Uno, Barangay Tenani.

The jump-off point for Ulot River TORPEDO Boat Extreme Ride isn’t labeled on Google Maps, so I pinned the exact location in the map below.

This blog post was made possible through the media tour of Samar-Leyte from August 19 to 23, 2018, organized by the Tourism Promotions Board of the Philippines, under the Department of Tourism (DOT).