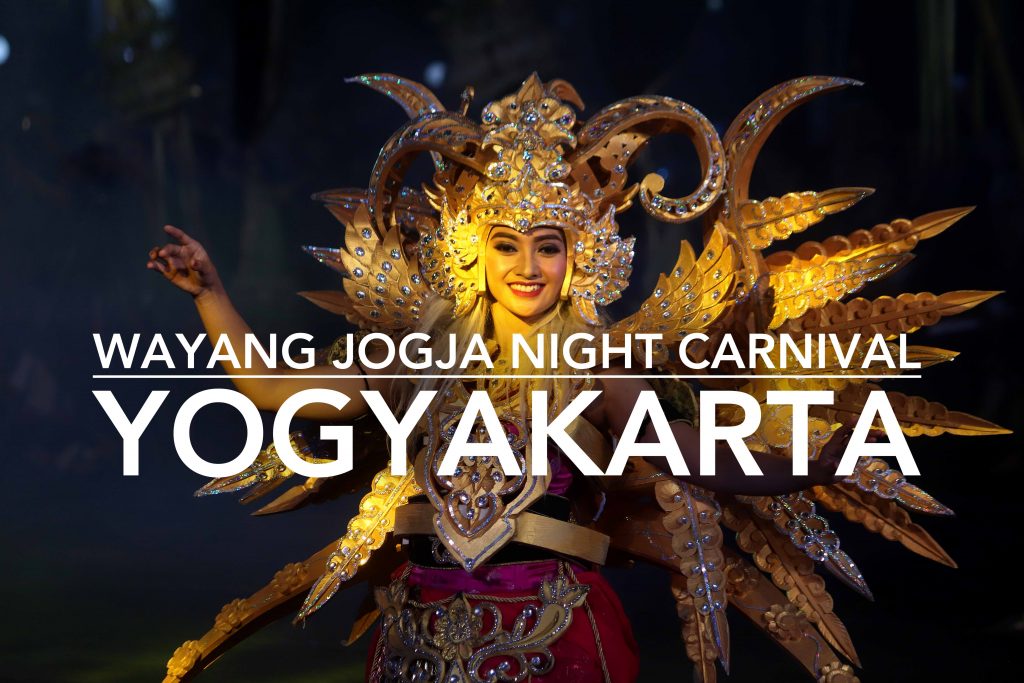 If you happen to be in Yogyakarta on October 7, don’t miss the grandest festival in town! Held to commemorate the city’s anniversary, Wayang Jogja Night Carnival is a glamorous cultural parade that showcases the arts and heritage of Yogyakarta, one of the most visited destinations in Indonesia, boasting World Heritage-listed ancient temples such as Borobodur and Prambanan.

I flew to Yogyakarta from Manila via Jakarta on AirAsia, the world’s best low-cost airline. Upon the invitation of the Tourism Office of Yogyakarta City, I witnessed this landmark celebration with other journalists and online influencers from other parts of Indonesia and across Southeast Asia.

This year’s parade is the third consecutive time that this has cultural event has been held, marking the 262nd anniversary of Yogyakarta City. A fusion of Javanese arts and culture and the whimsical atmosphere of a circus or carnival, the vibrant procession features floats, dancers in elaborate costumes and skillful acrobats depicting scenes from the Hindu epics, Ramayana and Mahabharata. The parade consists of 14 contingents from all of the districts of the city. 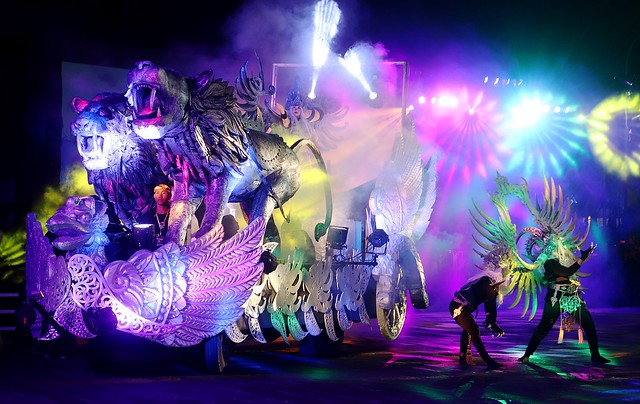 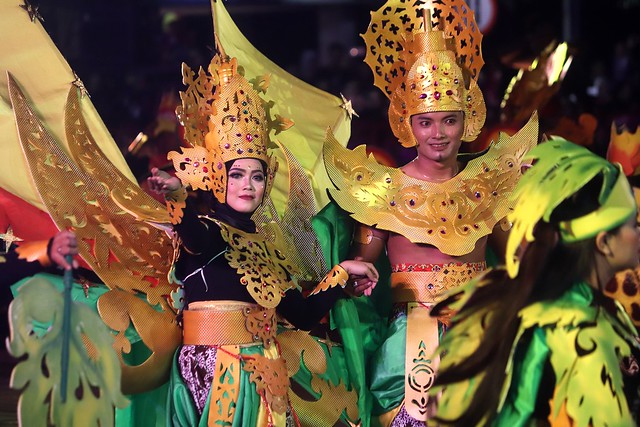 The costumes also draw inspiration from the Javanese heritage of wayang (puppet) theater. Wayang kulit – a form of shadow theater using puppets intricately handcrafted from cow hide – is one of the cultural highlights of any visit to Yogyakarta. In 2003, this ancient form of storytelling was inscribed as an Intangible Cultural Heritage of Humanity by UNESCO.  The most popular venue to witness a wayang show in Yogyakarta is the Sonobuduyo Heritage Museum, where they hold nightly performances (except Sundays).

At the Wayang Jogja Night Carnival, one of the most interesting things I saw were the body puppets of white lions controlled by nylon strings and bamboo rods, similar to the ones used to depict various wildlife in The Lion King broadway musical. Strange enough, one of the later contingents featured a vicious-looking velociraptor body puppet from Jurassic Park – I’m not kidding! 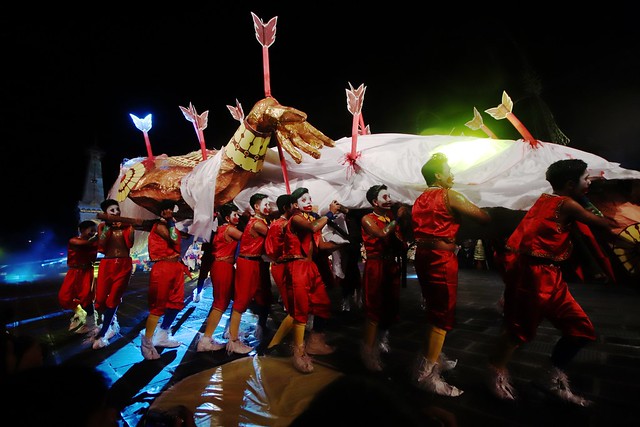 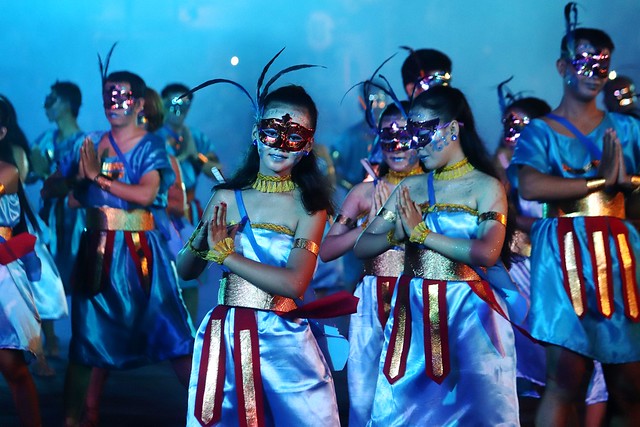 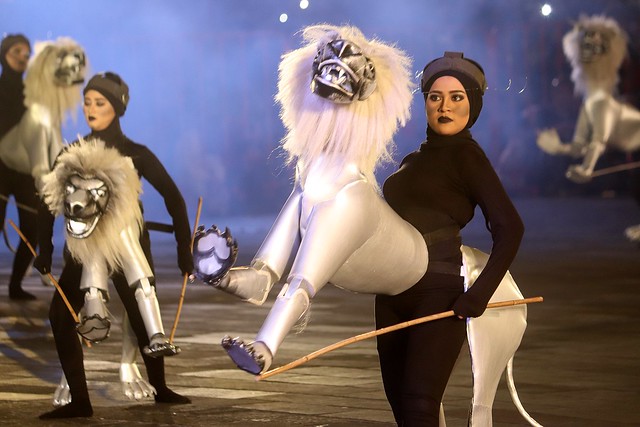 The parade started from Sudirman street, then continued to Tugu Golog Gilig before finishing at Margo Utomo street. The focal point, however, is the Tugu Monument, a special obelisk in the heart of the city built in the 18th century by the first sultan of the city in a symbolic location between the Indian Ocean, Mount Merapi and the Kraton (Palace) Complex. The event started at 6:00 PM and ended at 9:00 PM, punctuated with a fireworks display. After which, the parade route was opened to spectators who gathered around the Tugu Monument for an hour-long street party. 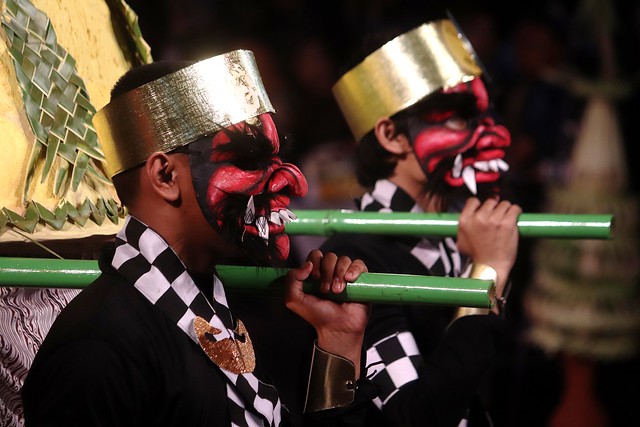 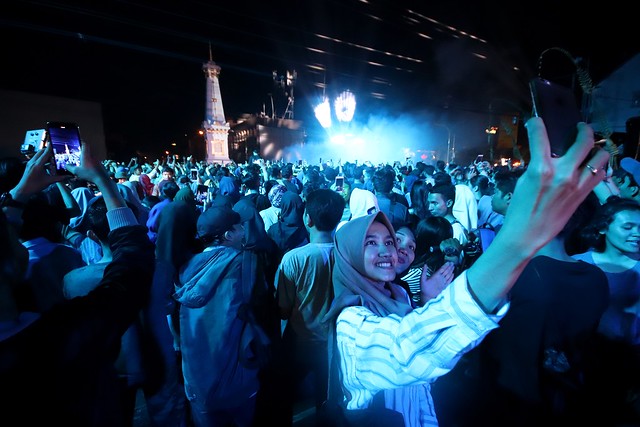 This blog post was made possible through the Jogja Fam Trip held from October 5 to 8, 2018, organized by the Tourism Office of  Yogyakarta City. AirAsia flies to Yogyakarta from Manila via Jakarta, or from Cebu via Kuala Lumpur.