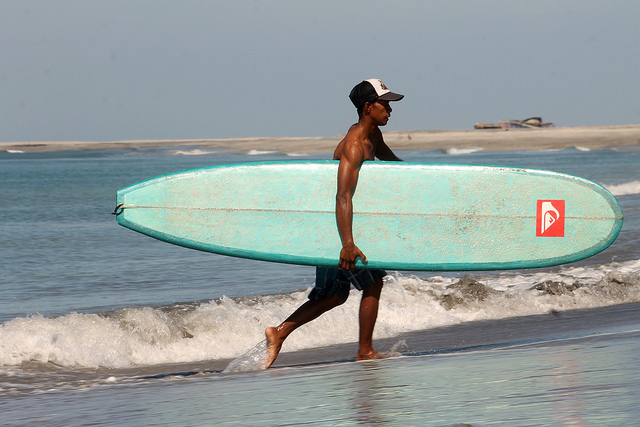 I’ve been to Crystal Beach Resort a few times before and even blogged about one of my summertime visits. I like how the  resort hasn’t been over-developed, retaining a rustic, low-key vibe, despite its rise in popularity. Its sparkling gray sands, which I’ve long presumed gave the beach its name, provides not only a wonderful place to beach-camp, but also relatively safe and enjoyable breaks for beginner and intermediate surfers. The in-house Quicksilver Surf School offers lessons for both novice END_OF_DOCUMENT_TOKEN_TO_BE_REPLACED 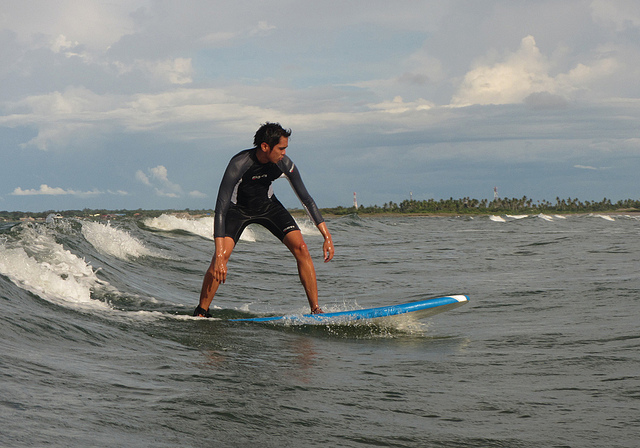 Catching some waves at Bagasbas Beach in Daet, Camarines Norte Bagasbas Beach in Daet, Camarines Norte is one of the top surfing spots in the Philippines. This brown-sand beach break is a safe place for both novice and experienced surfers alike. A boulevard lined with guesthouses, restaurants and KTV bars (actually, the next best thing to do here besides surfing is karaoke!) runs along the length of Bagasbas Beach. Kalesas or horse-drawn take tourists for a ride up and down END_OF_DOCUMENT_TOKEN_TO_BE_REPLACED 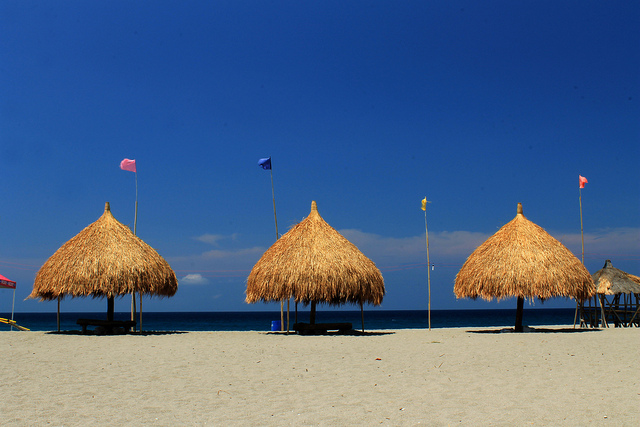 Finding a stretch of empty beach in the summer was heaven-sent! Ever since summer has started, I’ve been yearning to spend some time at the beach. Last weekend, an invitation to visit CASA San Miguel in San Antonio, Zambales was a perfect excuse for me to take a side trip to Crystal Beach in the neighboring town of San Narciso, a choice spot for surfers during the rainy season, but no less appealing to mere beach-bummers like me, especially in END_OF_DOCUMENT_TOKEN_TO_BE_REPLACED 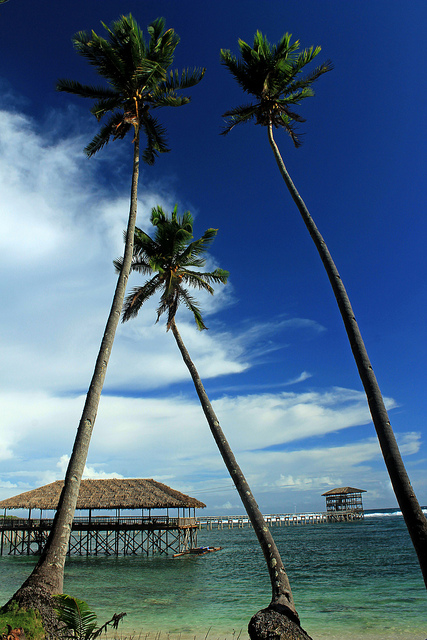 Flung out eastwards to the Pacific Ocean from peninsular Surigao del Norte, the rugged islands of Siargao turn huge swells into the best surf breaks in the archipelago.The epicenter of this surfing Mecca is Cloud Nine, a laid-back village with rocky coastline where thick, tubular waves form. First discovered by traveling surfers in the late 1980s, this surf spot was named and popularized by American photographer John S. Callahan, who first published a feature on the island in March 1993.Since END_OF_DOCUMENT_TOKEN_TO_BE_REPLACED

The following article is an unedited version of a commissioned feature I wrote for this month’s issue of SMILE, the in-flight magazine of Cebu Pacific Air. You may browse the magazine online at http://www.cebusmile.com Sun and rain battled for undivided attention, as I looked out from the observatory tower of the PAG-ASA Weather Station—a structure that curiously looked like something out of The Jetsons—desolately perched above the rolling rainforest of the island’s foggy mountain range. In a matter of minutes END_OF_DOCUMENT_TOKEN_TO_BE_REPLACED