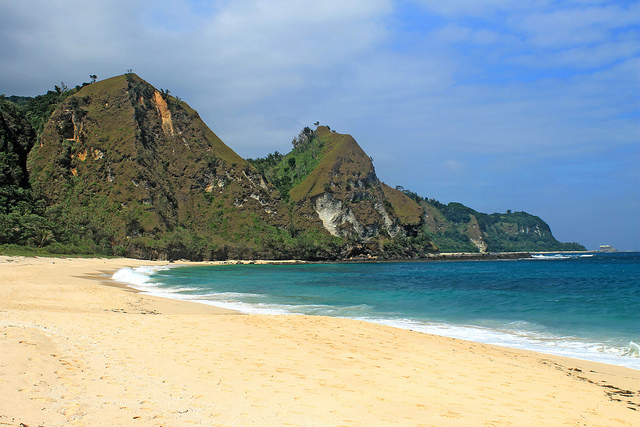 Panorama of Sibang Cove, with Cababaan Cove in the distance Fortunately, the most picturesque beaches of Calayan Island are walkable from the main town, and are situated next to each other. Located in Barangay Dadao, just four kilometers east from the poblacion, are a series of three coves named Caniwara, Sibang and Cababaan that form one of the most spectacular seascapes in the country. It’s a comfortable walk along a hilly trail that leads away from the edge of town. END_OF_DOCUMENT_TOKEN_TO_BE_REPLACED