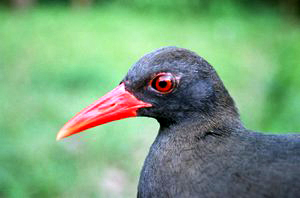 Calayan Rail. Photo by ISLA Biodiversity Conservation What propelled remote Calayan Island to national attention a few years back were not its stunning coastlines, but an avian discovery in its thick forested interior. The Calayan Rail (Gallirallus calayanensis), locally known as piding, is an island-endemic species of flightless bird found only in the jungles of Calayan. It was discovered by science during a faunal survey only eight years ago, in 2004.  In search for this very rare bird, we hiked END_OF_DOCUMENT_TOKEN_TO_BE_REPLACED